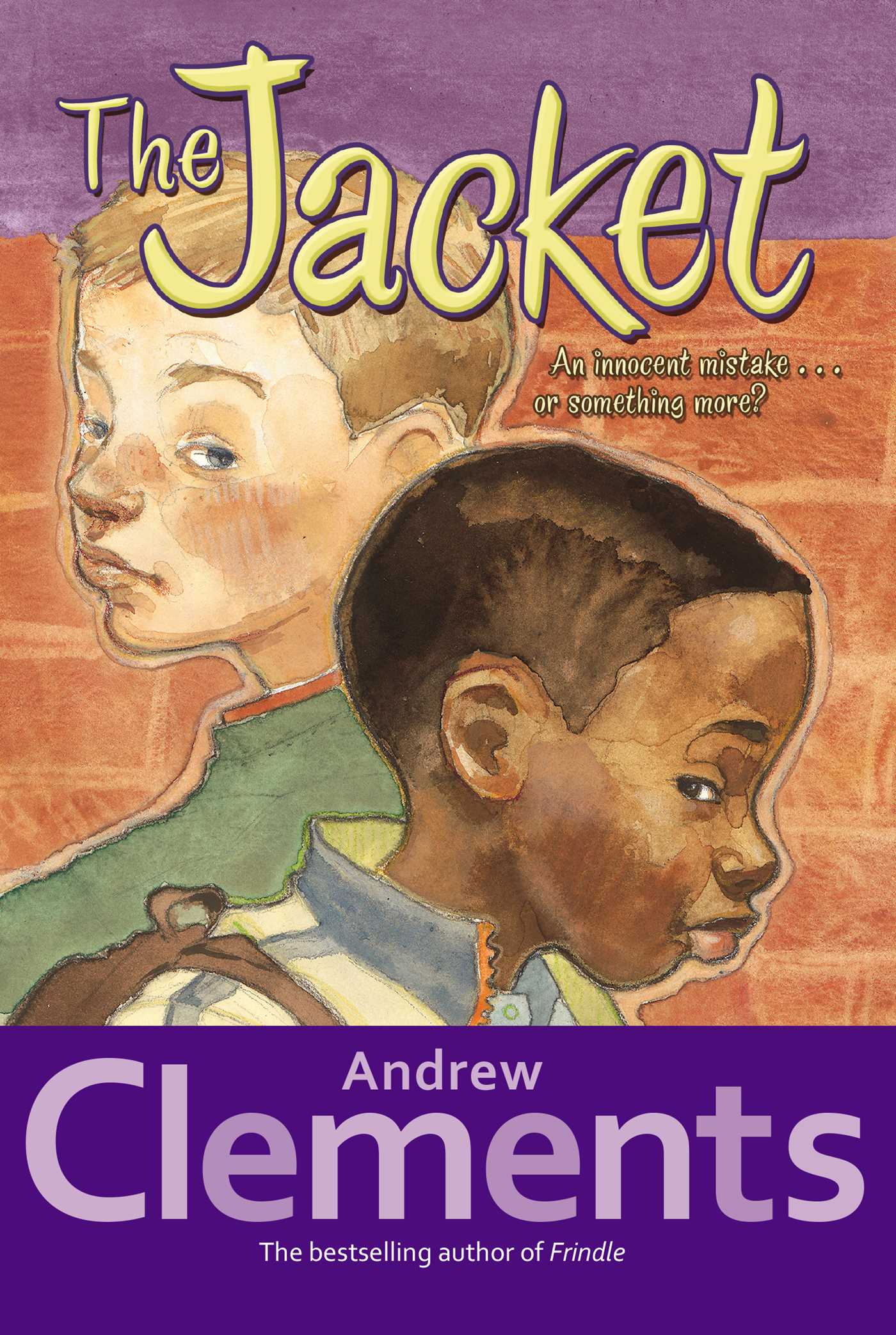 By Andrew Clements
LIST PRICE $6.99
PRICE MAY VARY BY RETAILER

Phil is on a mission. His absentminded little brother forgot his lunch money. All kinds of thoughts are running through Phil's mind as he searches for Jimmy in the throngs of fourth and fifth graders crowding the school hallway:...if I'm late for math today, then I might not be allowed to take the test -- and then I could flunk math! I might even flunk sixth grade and get left back!
Then Phil spots Jimmy's one-of-a-kind jacket and rushes to the corner of the hallway. Except the person wearing it isn't his brother; it's some black kid Phil's never seen before -- wearing Jimmy's jacket! Phil makes an accusation, tempers flare, and both kids wind up in the principal's office.
How will Phil react when he finds out how Daniel came to be the owner of this unique jacket? Will Daniel be able to forgive Phil for an accusation that was based on racial prejudice? What will each boy learn about the other, and most important, about himself?

By clicking 'Sign me up' I acknowledge that I have read and agree to the privacy policy and terms of use. Free ebook offer available to NEW US subscribers only. Offer redeemable at Simon & Schuster's ebook fulfillment partner. Must redeem within 90 days. See full terms and conditions and this month's choices.
Discussion Topics
What's your opinion of how the principal solved the problem between the boys? What would you have done if you'd been the principal? How are conflicts handled in your school? Do you agree with the rules and policies in your school? Why or why not?
Why do you think Phil got so angry when he saw Daniel wearing his brother's jacket? If you were Phil in this story, how would you have reacted when you saw someone wearing your brother's jacket? What would you have done in Daniel's shoes?
Phil thinks "being friends with everyone and being someone's friend are two different things." Do you agree or disagree with him? Why? Describe someone who's your friend. Describe someone who's an acquaintance. What is the same/different about these two people? What makes someone a friend?
Phil wonders how he would have treated Daniel had he been white. Do you think Phil is prejudiced? Why or why not? What does it mean to be prejudiced? Use specific events from the story to support your opinion. How does Phil grow and change as a character from his experiences in this story? What kinds of life lessons does he learn?
Do you think Phil's mom could be prejudiced? Why or why not? What's your opinion about the way that Phil's mom answered his questions about being prejudiced?
Phil's father has some strong feelings about black people in sports. Reread the conversation Phil has with his father about this. What is your opinion? Do you think, "it's all about the black guys"? Why?
Phil realizes that he never knew black kids could live in neighborhoods like his own. He's not sure if he should feel good about this or not. Why? Before reading this story how did you think people of other races lived? What experiences have you had to give you this knowledge?
Activities and Research
Research people who have fought for civil rights for African Americans in the United States. Make a list of these influential people in history. Pick one and write a biography describing the struggles and hardships he/she faced. Share your biography with the class.
While riding the bus, Phil wonders what it would be like for Daniel to ride on his bus. What would it be like for someone of a different race to ride on your school bus? Research Rosa Parks. What experience did she have with riding a bus? If you had been in Rosa Parks' shoes, do you think you could have been as courageous as she was?
In The Jacket, Phil is dealing with some internal struggles regarding his own ideas about racism. Think of another book that you've read where the main character is also dealing with internal struggles. Compare and contrast these two characters and the issues they are facing.
Continue this story and write the next chapter of The Jacket.
Draw or find a picture of a jacket. Write on it, or attach to it, words that come to mind when you think of the story you've just read. Include words that show your opinion of the story and the message it sends to its readers. Display the jackets on a clothesline in your classroom.
Pretend you are a reporter writing a news article about what has happened between Phil and Daniel and the jacket. Give your article a headline. Organize your facts as they would be in a news story with the most important facts listed first and then the supporting details.

Andrew Clements (1949–2019) was the author of the enormously popular Frindle. More than 10 million copies of his books have been sold, and he was nominated for a multitude of state awards, including a Christopher Award and an Edgar Award. His popular works include About Average, Troublemaker, Extra Credit, Lost and Found, No Talking, Room One, Lunch Money, and more. He was also the author of the Benjamin Pratt & the Keepers of the School series. Find out more at AndrewClements.com.

By Andrew Clements
LIST PRICE $6.99
PRICE MAY VARY BY RETAILER