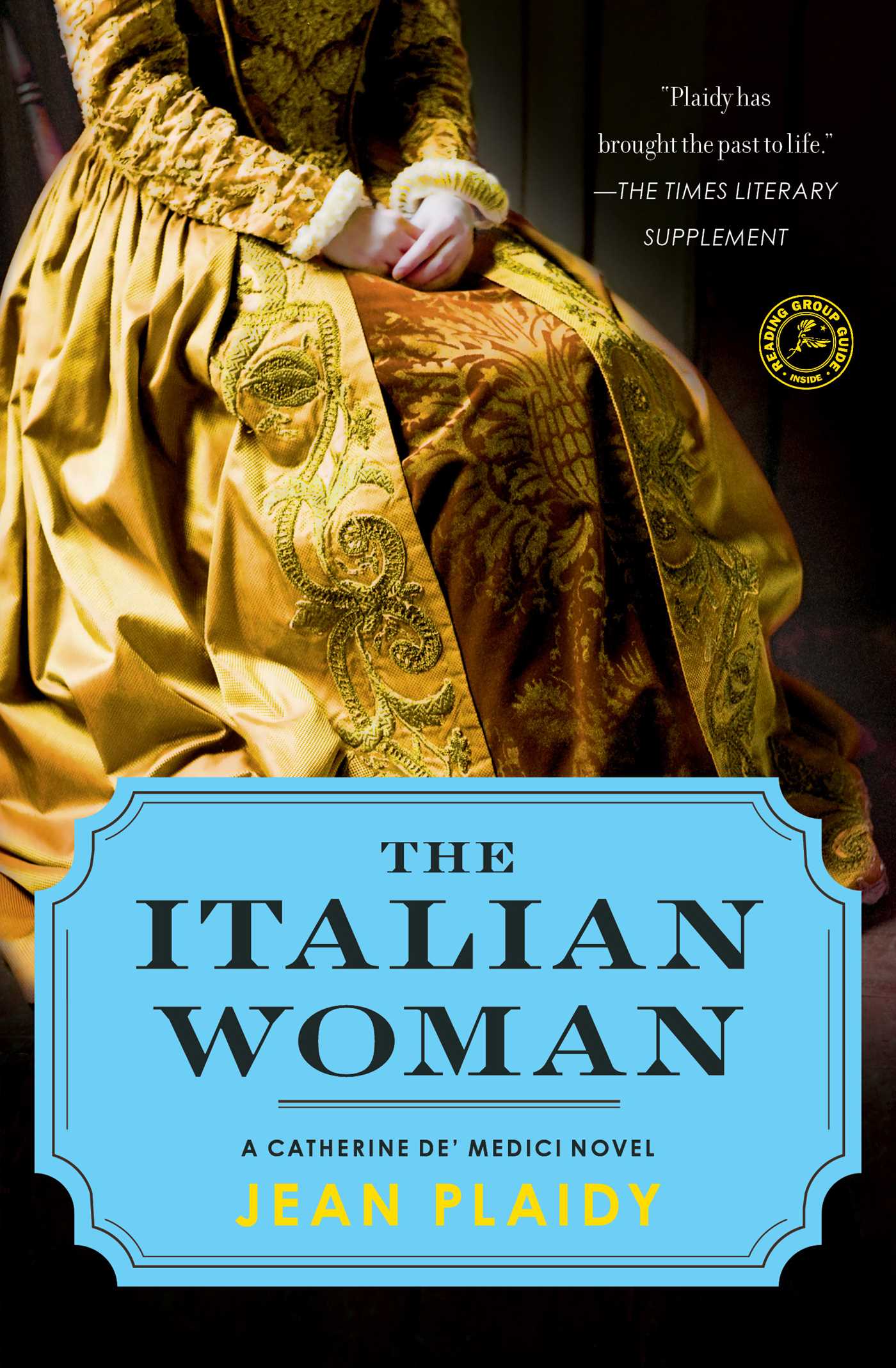 By Jean Plaidy
LIST PRICE $11.99
PRICE MAY VARY BY RETAILER

From the grande dame of historical fiction, the second novel in the classic trilogy—back in print after more than twenty years—brilliantly depicts the life of the powerful Queen who was loved by few and feared by many.

The second book in the classic Catherine de’ Medici trilogy from Jean Plaidy, the grande dame of historical fiction

When Catherine de’ Medici was forced to marry Henry, Duke of Orleans, her heart was not the only one that was broken. Jeanne of Navarre once dreamed of marrying this same prince, but, like Catherine, she must comply with France’s political needs. And so both Catherine’s and Jeanne’s lives are set on unwanted paths, destined to cross in affairs of state, love, and faith, driving them to become deadly political rivals.

Years later Jeanne is happily married to the dashing but politically inept Antoine de Bourbon. But the widowed Catherine is now the ambitious mother of princes, and she will do anything to see her beloved second son, Henry, rule France. As civil war ravages the country and Jeanne fights for the Huguenot cause, Catherine advances along her unholy road, making enemies at every turn.

This reading group guide for The Italian Woman includes an introduction, discussion questions, and ideas for enhancing your book club. The suggested questions are intended to help your reading group find new and interesting angles and topics for your discussion. We hope that these ideas will enrich your conversation and increase your enjoyment of the book.

When Catherine de’ Medici was forced to marry Henry of Orléans, her heart was not the only one that was broken. Her cousin Jeanne of Navarre had once dreamed of marrying this same prince, but she, too, was compelled to submit to a politically advantageous union sought by King Francis. Envy and mistrust color Catherine and Jeanne’s relationship, pitting them against each other as their lives cross in affairs of state, love, and faith.

Years later Jeanne finds herself happily married to the dashing but politically inept Antoine de Bourbon, while the widowed Catherine continues to be loved by few and feared by many, including her own children. But Catherine, now the powerful mother of princes, who will stop at nothing to see her beloved son, Henry, rule France. As religious civil war ravages the country and Jeanne fights for the Huguenot cause, Catherine advances along her own unholy road, making enemies at every turn.

1. “‘Unless there were great honor in marriage I should not care for it,’ said Jeanne. ‘Many husbands give honor to women not their wives, so it is necessary for a wife to make a marriage which brings her honor, since she may not receive it from her husband afterwards.’” How does Jeanne of Navarre’s pragmatism influence her decision making? To what extent does her willful nature protect her, and how does it endanger her at court? How might her turbulent childhood have prepared her for the challenges she faces as an adult?

2. Why does Catherine de’ Medici consider her marriage to the flagrantly unfaithful Henry better than Jeanne’s arranged marriage to the Duke of Clèves? How would you characterize the significance of marriage among royals in sixteenth-century Europe? Consider royal marriage in terms of its embodiment of the political, spiritual, emotional, and status dynamics at play at court.

3. “‘My dear child, you have been sorely misused. You were married at a very early age to a traitor, for reasons of state which you very well understood, but I shall not allow you to remain married to such a man.’” Why does King Francis propose a swift annulment of Jeanne’s brief marriage to the Duke of Clèves? Given that Jeanne’s marriage to the Duke was never consummated, why does her divorce haunt her reputation and the legitimacy of the children she later bears to Antoine de Bourbon?

4. Why is Jeanne’s father, King Henry of Navarre, so intent on her producing a male heir to carry on his Béarnais legacy? What is the significance of a male ruler in this era? How might the tragic deaths of Jeanne’s first two sons affect her father’s behavior? How does Jeanne’s inheriting the title Queen of Navarre after his death affect her standing in France?

5. “There were occasions when Jeanne fancied she saw Catherine’s eyes upon her and that Catherine guessed how she was pitied. . . . There were times when she thought Catherine de’ Medici possessed strange powers which enabled her to read the thoughts of others.” How does Catherine de’ Medici’s Italian origin mark her an as exotic person in sixteenth-century France? Which aspects of her personality and character fascinate and repel so many in her court? Why is she nicknamed Madame le Serpent by the French people?

6. How does Francis’s marriage to Mary Stuart, Queen of Scots, enable her uncles Duke Francis of Guise and the Cardinal of Lorraine to assert even greater control over French politics? Why does Catherine find their influence especially threatening? How does she attempt to counteract their sway, and to what extent is she successful?

7. How do the atrocities committed by Catholics and Protestants spill over into the internal politics of the royal Valois family? Why does Catherine de’ Medici see the Huguenot movement for religious reform and its efforts to dismantle Catholicism as presenting a unique political opportunity? What does Catherine’s willingness to show sympathy to both the Protestant and the Catholic cause suggest about her character?

8. “[Catherine] took [Henry] into her arms and kissed him. She told herself, as she had so many times before, that she would use all her power to advance this beloved son. She was as necessary to him as he was to her.” Why does Catherine prefer her son Henry to all her other children? How does Henry benefit? To what extent are her other children aware of her favoritism? What kind of influence does Catherine seem to wield over her children?

9. Why does Catherine seem especially drawn to Louis, the Prince of Condé, younger brother of Antoine de Bourbon? With the aid of her most beautiful ladies from the Escadron Volant, how does Catherine prepare to humble the Bourbon princes and dash their hopes of leading the Huguenots to power in France? How surprised were you by the outcome of Catherine’s scheme?

10. Describe Catherine’s behavior toward her spirited and sexually adventurous daughter Margot. How does Margot’s premarital relationship with her childhood companion Henry of Guise both threaten Catherine’s political aims and awaken a profound envy in her? Why does Margot persist in her relationship with Henry of Guise when she is to be married to Henry of Navarre? What role does romantic love play in marriage considerations in this era?

11. How does Jeanne of Navarre react to Antoine’s betrayal of their marriage vows? Why does Antoine, a committed Protestant who converted Jeanne to his religious views, agree become a Catholic again at the urging of his mistress, Louise de la Limaudière? How does Antoine’s indecisiveness ultimately taint his royal legacy?

12. Discuss the role of deception in The Italian Woman. How does Catherine deceive those around her in order to achieve her ends? How do others, like the powerful Guises, put them into effect? To what extent do you think the clandestine political maneuvering portrayed in this work differs from the sort that occurs in contemporary politics?

13. How does Jean Plaidy establish Catherine de’ Medici as the ruthless protagonist of her novel? Could she have depicted her in a more sympathetic fashion, or is Catherine’s mercilessness part of her attraction? To what extent did you see Jeanne of Navarre as a protagonist in her own right? Given her grasp on power, why did Catherine continue to see Jeanne as a threat to her regency?

1. As a foreign-born queen—and by no means a beloved one—Catherine was an outsider in many respects. Discuss the benefits and the pitfalls of being an outsider. How did Catherine respond to her situation? How did public opinion of her enable Catherine to accomplish her goals? How did it hinder her? What other famous outsiders have used this status to achieve good or evil?

2. The Navarre family, headed by Antoine and Jeanne, and the Valois family, ruled by Henry and Catherine, could not be more different in their marital, parental, and filial characteristics. How do members of your book club relate to these very different images of the family put forth by Jean Plaidy in The Italian Woman? Can you identify with the idea of having a favorite child or parent? How do these families cope with death? How do they handle the complications of romantic love and sexuality?

3. In sixteenth century France, women were obliged to marry the men their fathers chose for them and were encouraged to bear children for as long as they were able. They were not permitted to work or to act on their opinions. But women of this era could also rule, as Catherine de’ Medici did with an iron hand and incredible power. Have each member of your book club define womanhood as it existed in this era. What, if anything, does it have in common with being a woman today?
Jean Plaidy

Jean Plaidy, the pen name of the prolific English author Eleanor Hibbert, was one of the preeminent authors of historical fiction for most of the twentieth century. Her novels have been translated into more than twenty languages and have sold more than 100 million copies worldwide. She died in 1993.

"Plaidy has brought the past to life."

By Jean Plaidy
LIST PRICE $11.99
PRICE MAY VARY BY RETAILER