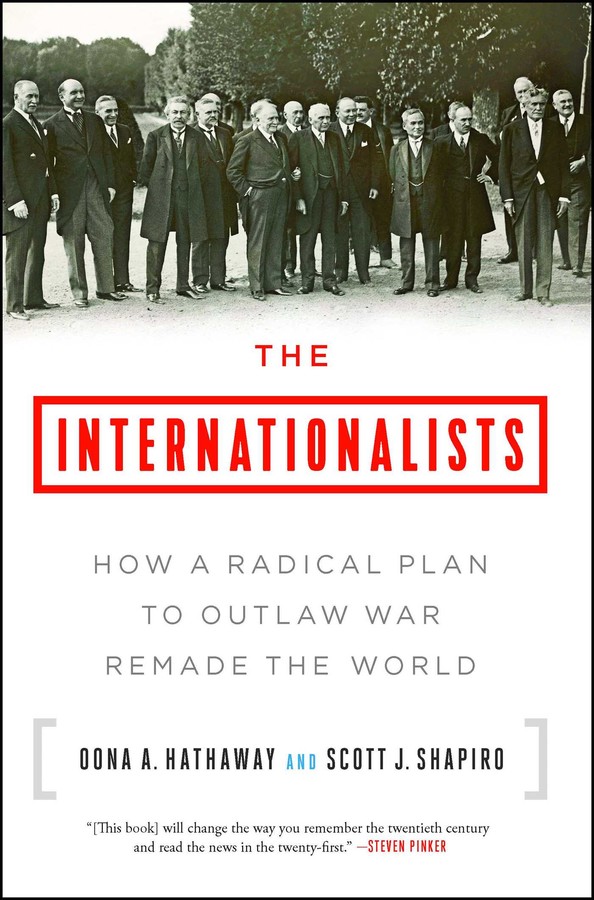 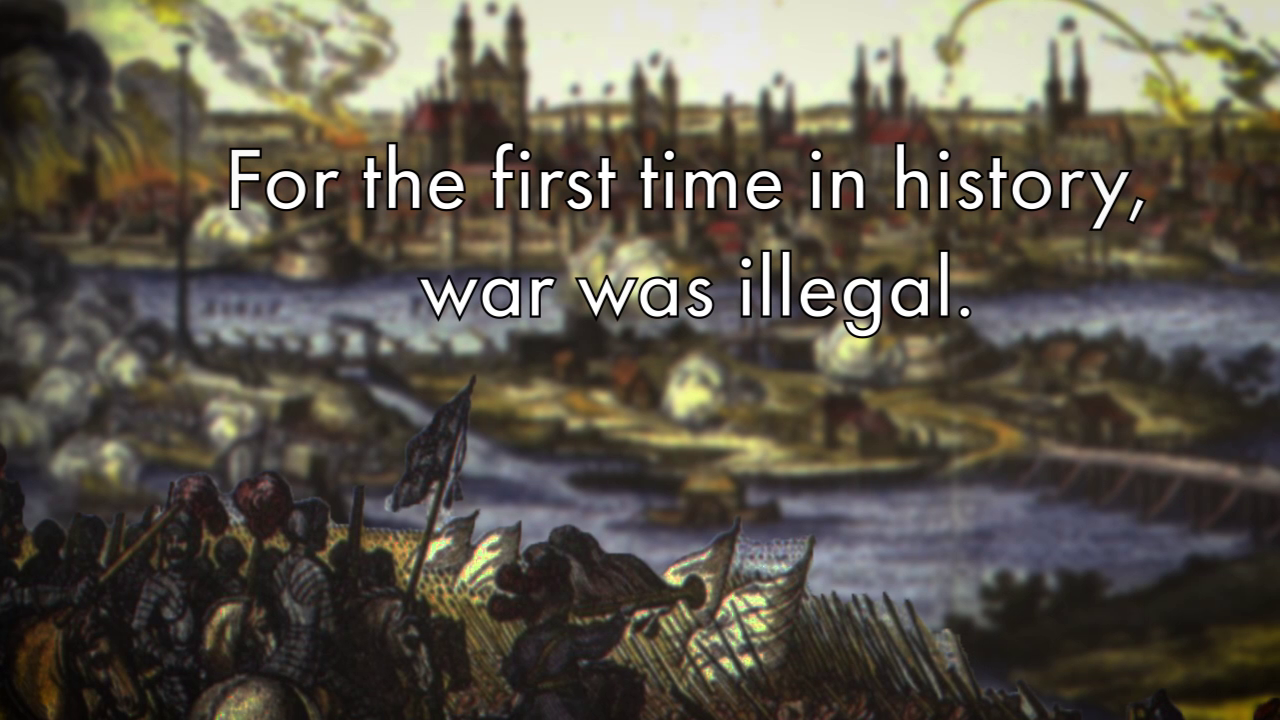 The Promise of the Peace Pact 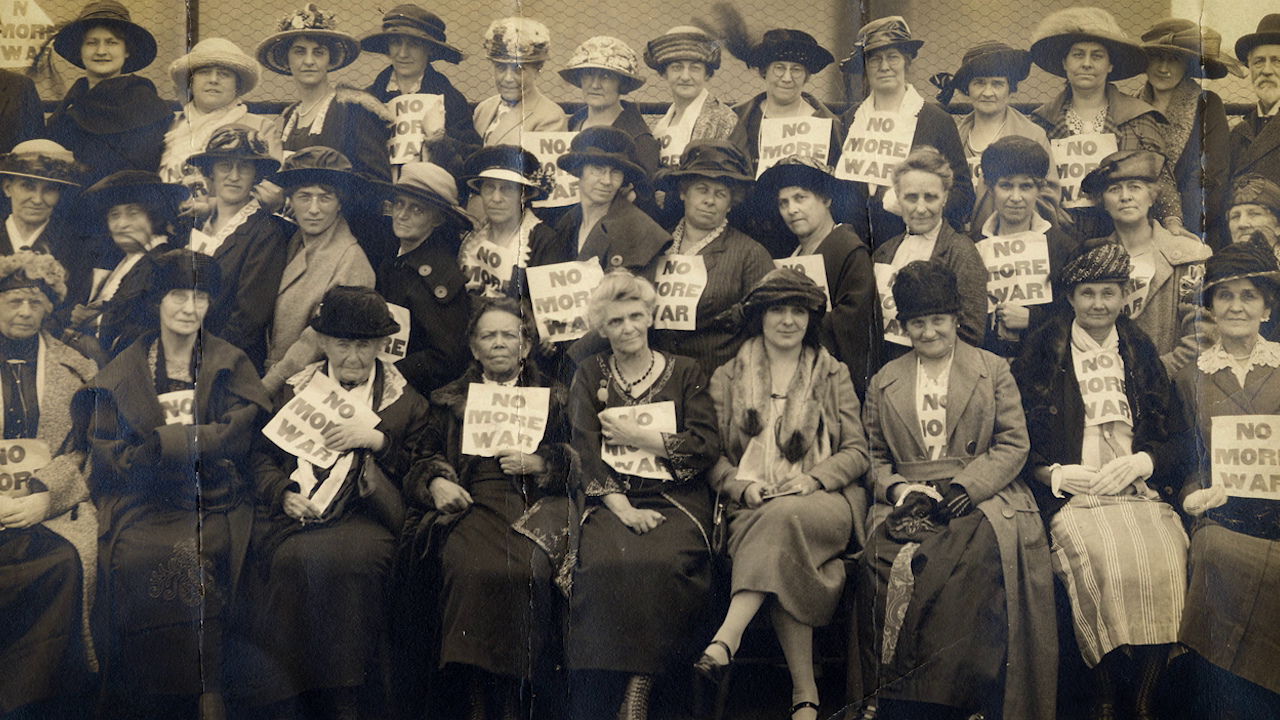 Five Things You Should Know About the Paris Peace Pact

By Oona A. Hathaway and Scott J. Shapiro
LIST PRICE $16.99
PRICE MAY VARY BY RETAILER

“An original book…about individuals who used ideas to change the world” (The New Yorker)—the fascinating exploration into the creation and history of the Paris Peace Pact, an often overlooked but transformative treaty that laid the foundation for the international system we live under today.

In 1928, the leaders of the world assembled in Paris to outlaw war. Within the year, the treaty signed that day, known as the Peace Pact, had been ratified by nearly every state in the world. War, for the first time in history, had become illegal. But within a decade of its signing, each state that had gathered in Paris to renounce war was at war. And in the century that followed, the Peace Pact was dismissed as an act of folly and an unmistakable failure. This book argues that the Peace Pact ushered in a sustained march toward peace that lasts to this day.

A “thought-provoking and comprehensively researched book” (The Wall Street Journal), The Internationalists tells the story of the Peace Pact through a fascinating and diverse array of lawyers, politicians, and intellectuals. It reveals the centuries-long struggle of ideas over the role of war in a just world order. It details the brutal world of conflict the Peace Pact helped extinguish, and the subsequent era where tariffs and sanctions take the place of tanks and gunships.

The Internationalists is “indispensable” (The Washington Post). Accessible and gripping, this book will change the way we view the history of the twentieth century—and how we must work together to protect the global order the internationalists fought to make possible. “A fascinating and challenging book, which raises gravely important issues for the present…Given the state of the world, The Internationalists has come along at the right moment” (The Financial Times). 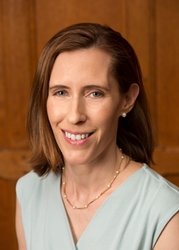 Oona A. Hathaway is the Gerard C. and Bernice Latrobe Smith Professor of International Law at Yale Law School and the Director of the Center for Global Legal Challenges. She has published essays and opinion pieces in The New York Times, The Washington Post, Los Angeles Times, The Guardian, and Foreign Policy. She served as the Special Counsel to the General Counsel at the U.S. Department of Defense in 2014-2015, for which she was awarded the Office of the Secretary of Defense Award for Excellence. She is a member of the Advisory Committee on International Law for the Legal Adviser of the US Department of State and an active member of the US Supreme Court bar. She earned her BA from Harvard College and a JD from Yale Law School, where she was Editor-in-Chief of The Yale Law Journal. She lives in New Haven, Connecticut. 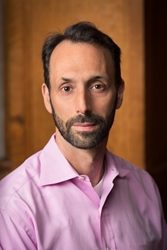 Scott J. Shapiro is the Charles F. Southmayd Professor of Law and Professor of Philosophy at Yale Law School, where he is the Director of the Center for Law and Philosophy. He is also the Visiting Quain Professor of Jurisprudence at University College, London. He earned his BA and PhD degrees in philosophy from Columbia University and a JD from Yale Law School, where he was senior editor of The Yale Law Journal. He is the author of Legality and editor of The Oxford Handbook of Jurisprudence and the Philosophy of Law. He lives in New Haven, Connecticut.

“Like The Clash of Civilizations and The End of History, this brilliant book lays out a vision that makes sense of the world today in the context of centuries of history. Hathaway and Shapiro tell their story with literary flair, analytical depth, and historical meticulousness. It will change the way you remember the 20th century and read the news in the 21st.”—Steven Pinker, Johnstone Professor, Harvard University, and the author of The Better Angels of Our Nature

“Genuine originality is unusual in political history. The Internationalists is an original book. There is something sweet about the fact that it is also a book written by two law professors in which most of the heroes are law professors. Sweet but significant, because one of the points of The Internationalists is that ideas matter. Hathaway and Shapiro further believe that ideas are produced by human beings, something that can be under-recognized in intellectual histories, which often take the form of books talking to books. [This] is a story about individuals who used ideas to change the world.”—Louis Menand, The New Yorker

“A fascinating and challenging book, which raises gravely important issues for the present... Given the state of the world, The Internationalists has come along at the right moment.”—Margaret MacMillan, The Financial Times

“The Internationalists provides a great service in illustrating the ways in which law can speak powerfully to individual decision-makers. As a legal history, the book is indispensable.”—The Washington Post

"Sweeping and yet personable at the same time, The Internationalists explores the profound implications of the outlawry of war. Professors Oona Hathaway and Scott Shapiro enrich their analysis with vignettes of the many individuals (some unknown to most students of History) who played such important roles in this story. None have put it all together in the way that Hathaway and Shapiro have done in this book."—Paul Kennedy, Professor of History, Yale University, and author of The Rise and Fall of Great Powers

“One of the pleasures of this thought-provoking and comprehensively researched book is that it challenges us to see the figures who thought they could outlaw war not as fools but as pragmatists whose failed idea had a surprising afterlife in the creation of the postwar world….The case that the authors make is clever and nuanced.”—The Wall Street Journal

"The Internationalists, by Yale law school professors Scott Shapiro and Oona Hathaway, is a provocative, fascinating, and significant book. It deserves to be on the bookshelf of all serious students of foreign affairs and promises to rattle conventional wisdom as well as foster a healthy debate."—Jay Winik, author of April 1865 and 1944, Historian-in-Residence, Council on Foreign Relations

“A searching analysis of contending views of state violence and warfare….Rich in implication, particularly in a bellicose time, and of much interest to students of modern history and international relations.”—Kirkus Reviews

“Hathaway and Shapiro adopt a fundamentally revisionist perspective on the oft-dismissed Kellogg-Briand Peace Pact of 1928, positing that the agreement ‘marked the beginning of the end’ of war between states. The pact inspired the human-rights revolution, the use of economic sanctions, and the creation of international organizations focusing on peace….the authors provocatively argue that, since 1945, conquest ‘has nearly disappeared’ as ‘an accepted procedure for changing borders’.…Hathaway and Shapiro’s conclusion can be debated—but not easily dismissed.”—Publishers Weekly

"In this timely, elegant and powerful book, Oona Hathaway and Scott Shapiro help us understand the momentous significance of the individuals who imagined an end to war. As the world stands on the cusp of a return to an earlier age, THE INTERNATIONALISTS is a clarion call to maintain law and order across our planet."—Philippe Sands QC, Professor of Law, University College London and author of East West Street

“An  engrossing narrative that provides a new framework for interpreting international relations over the previous five centuries.”—Library Journal, Starred Review

By Oona A. Hathaway and Scott J. Shapiro
LIST PRICE $16.99
PRICE MAY VARY BY RETAILER