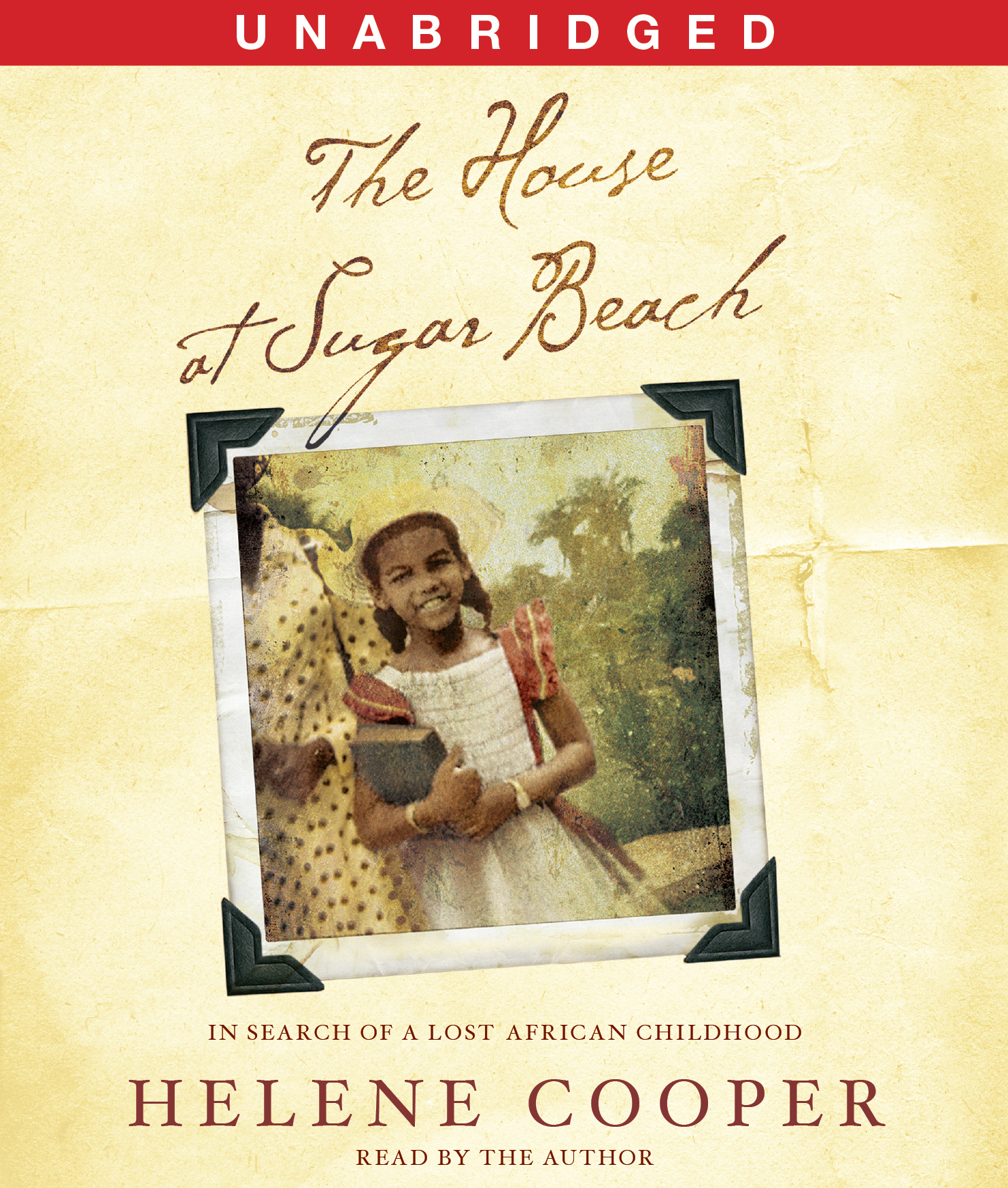 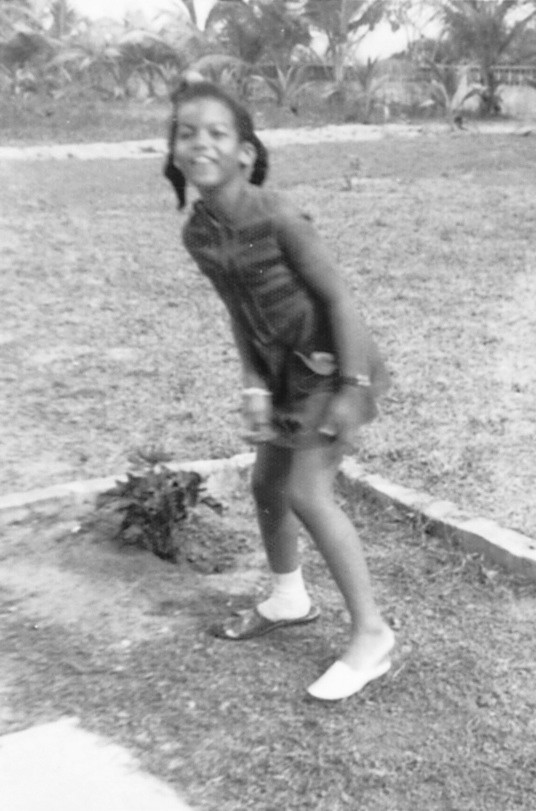 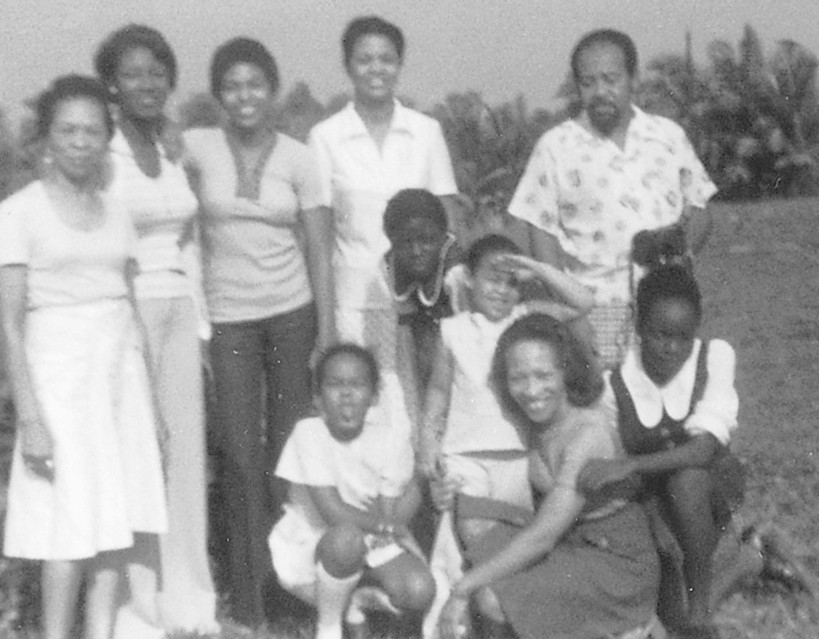 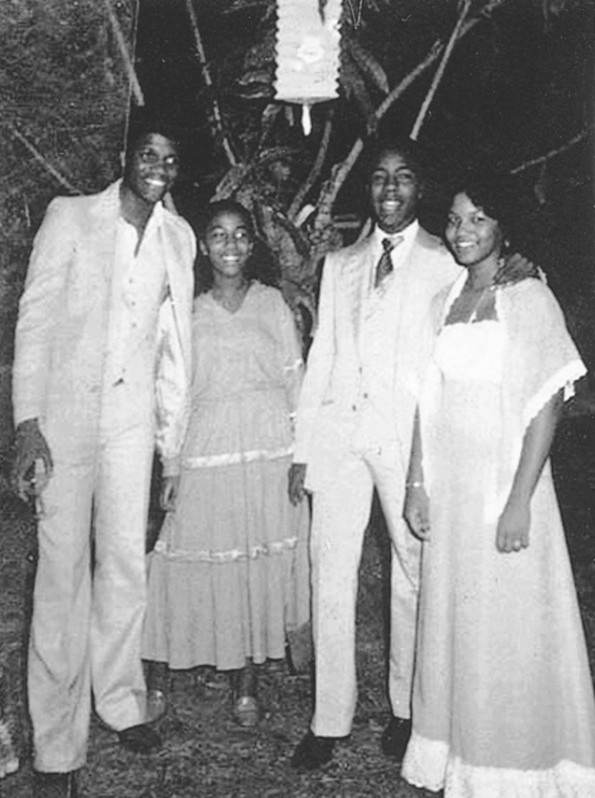 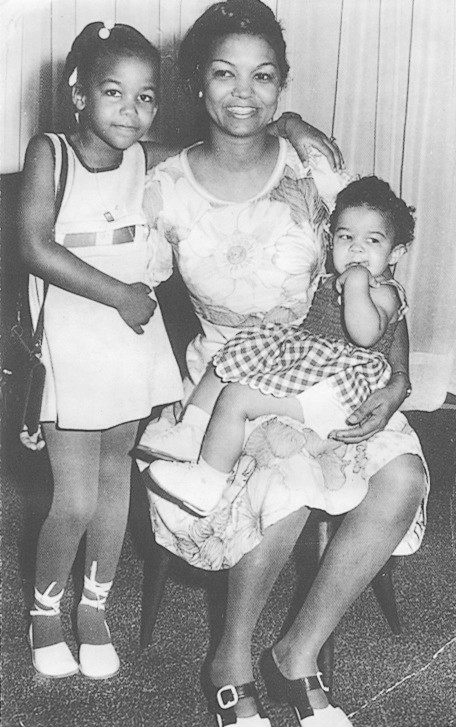 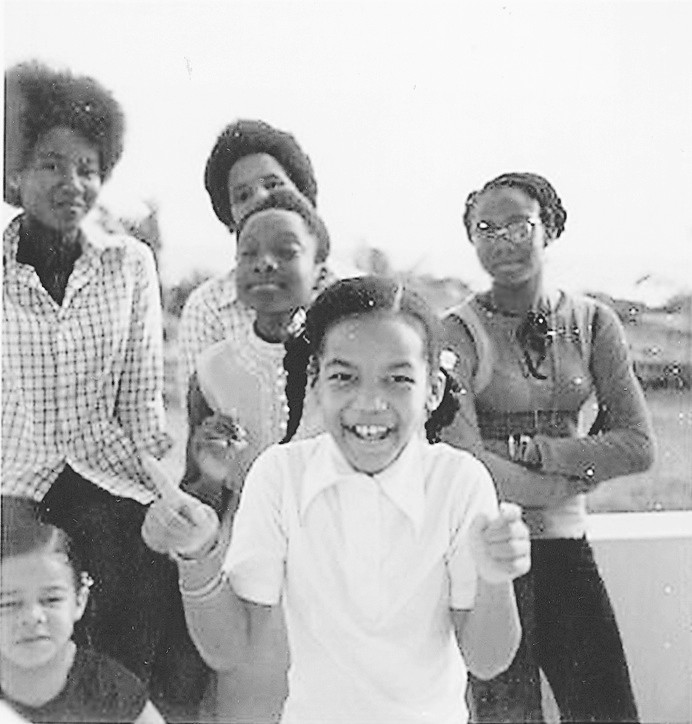 The House at Sugar Beach

In Search of a Lost African Childhood

Journalist Helene Cooper examines the violent past of her home country Liberia and the effects of its 1980 military coup in this deeply personal memoir and finalist for the 2008 National Book Critics Circle Award.

Helene Cooper is “Congo,” a descendant of two Liberian dynasties—traced back to the first ship of freemen that set sail from New York in 1820 to found Monrovia. Helene grew up at Sugar Beach, a twenty-two-room mansion by the sea. Her childhood was filled with servants, flashy cars, a villa in Spain, and a farmhouse up-country. It was also an African childhood, filled with knock foot games and hot pepper soup, heartmen and neegee. When Helene was eight, the Coopers took in a foster child—a common custom among the Liberian elite. Eunice, a Bassa girl, suddenly became known as “Mrs. Cooper’s daughter.”

For years the Cooper daughters—Helene, her sister Marlene, and Eunice—blissfully enjoyed the trappings of wealth and advantage. But Liberia was like an unwatched pot of water left boiling on the stove. And on April 12, 1980, a group of soldiers staged a coup d'état, assassinating President William Tolbert and executing his cabinet. The Coopers and the entire Congo class were now the hunted, being imprisoned, shot, tortured, and raped. After a brutal daylight attack by a ragtag crew of soldiers, Helene, Marlene, and their mother fled Sugar Beach, and then Liberia, for America. They left Eunice behind.

A world away, Helene tried to assimilate as an American teenager. At the University of North Carolina at Chapel Hill she found her passion in journalism, eventually becoming a reporter for the Wall Street Journal and the New York Times. She reported from every part of the globe—except Africa—as Liberia descended into war-torn, third-world hell.

In 2003, a near-death experience in Iraq convinced Helene that Liberia—and Eunice—could wait no longer. At once a deeply personal memoir and an examination of a violent and stratified country, The House at Sugar Beach tells of tragedy, forgiveness, and transcendence with unflinching honesty and a survivor's gentle humor. And at its heart, it is a story of Helene Cooper’s long voyage home.

ï»¿
Discussion Questions:
1. The first sentence of Helene Cooper's memoir is, "This is a story about rogues." Did you find this statement to be true? What sort of rogues did Helene fear she would encounter in Liberia?
2. Why do you think Helene chose to title her memoir The House at Sugar Beach even though she spent only seven years of her life there? What about the house is metaphorical for her entire childhood? Her entire life?
3. Discuss the role of religion in Helene's childhood. When did she pray? For what did she pray?
4. Throughout her childhood in Liberia Helene wishes to become a "been-to." When she moved to Knoxville in 1980 it "seemed like a place where [she] was trapped, prison far from home." How does she eventually make the States seem more like home?
5. Discuss Helene's relationship with Eunice in the house at Sugar Beach. What were some of the experiences they shared that made it clear that Eunice was more than a "live-in playmate"? How does the relationship evolve over the course of their lives?
6. Why do you think Helene and her sisters played, "when war time come"? Did Helene paint anything about the national unrest going on in Liberia? Did circumstances or events she experienced in her early life portend war?
7. Helene spends her childhood fearing seemingly harmless entities like negee and heartmen. Then we learn that her classmate Richard was indeed chased by a heartman, and only narrowly escaped. How did it change your understanding of the young Helene to learn that her fears were not unfounded? What forms have the imaginary boogiemen of your youth taken in adulthood?
8. Discuss the distinction between the native Liberians and the "Congo people." How did you react to Helene's cousin CeRue saying, "don't call me Congo, my grandma da Vai woman"? What does the national observance of Matilda Newport Day say about the relationship between native Liberians and Congo people? When war hit Liberia how did the distinctions become even more evident? Contrarily, how were the lines further blurred?
9. How did the mixing in of Liberian history help you to contextualize Helene's story? What about her story and the way she told it was universal?
10. Discuss Lah's rape. Do you admire her for what she did to protect the girls? She reports that the last thing the soldiers said to her before they raped her was, "You think the Americans are going to come and help you? Well, they back us." As an American, how did you react to this accusation?
11. Why do you think Helene decided to intersperse her articles with those being written about Liberia in Chapter 23? What effect did this have? Do you think she felt burdened by her homeland? Or guilty about her life as a journalist in the States?
12. Discuss the role of men in Helene's life. How did the Liberian cultural view of marriage affect the Cooper family? In what ways was Helene's father an ideal father figure? How did he let her down?
13. How does Helene's reunion with Eunice in the final chapter put her life in the States into perspective? How do you think Helene might have fared had she not left Liberia when the war began?
14. How does Helene's memoir differ from others you have read? Which stories will stay with you? What do you wish she had expanded on?
Enhancing your Book Club:
1. Prepare peanut soup, a traditional Liberian dish, and serve it for your book club:
Peanut soup (ground pea soup)
1 ham hock
1 pound stew beef
1 pound chicken pieces (thighs, wings, drumsticks)
4 chicken boullion cubes
1 onion, diced
1 bell pepper, diced
1 celery stalk, diced
1 habanero pepper, minced
1 piece dried fish (optional)
Salt and pepper to taste
2 large potatoes, cut into 1inch pieces
Â½ pound okra
Â½ jar peanut butter

Fill a soup pot halfway with water and add ham hock. Bring to a boil for 15 minutes. Discard the water, put the ham hock back in the pot, and refill with water, again halfway up. (This gets some of the oil out of the ham hock). Bring to a boil, and add beef, chicken, boullion cubes, onion, pepper, celery, habañero pepper, dried fish (if using), and salt and pepper. Cover and cook for about 30 minutes. Add potatoes, cook another 15 minutes. Add okra, cook 5 minutes, add peanut butter, cook 5 minutes more until peanut butter is melted into the soup. Taste and adjust seasonings. If soup is watery, add more peanut butter. If its too thick, add water. 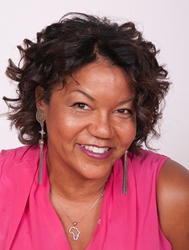 Helene Cooper is the Pulitzer Prize–winning Pentagon correspondent for The New York Times, having previously served as White House Correspondent, diplomatic correspondent, and the assistant editorial page editor. Prior to moving to the Times, Helene spent twelve years as a reporter and foreign correspondent at The Wall Street Journal. She is the author of the bestselling memoir, The House at Sugar Beach, and Madame President, a biography of Ellen Johnson Sirleaf. She was born in Monrovia, Liberia, and lives in the Washington, DC area.

Helene Cooper is the Pulitzer Prize–winning Pentagon correspondent for The New York Times, having previously served as White House Correspondent, diplomatic correspondent, and the assistant editorial page editor. Prior to moving to the Times, Helene spent twelve years as a reporter and foreign correspondent at The Wall Street Journal. She is the author of the bestselling memoir, The House at Sugar Beach, and Madame President, a biography of Ellen Johnson Sirleaf. She was born in Monrovia, Liberia, and lives in the Washington, DC area.

"You must read Cooper's wildly tender memoir. It's that rarest of things, a personal story that transcends the people, the place, the world it is talking about and becomes a universal tale about the thousands of segregations, small and large, subtle and obvious, that shred all of us. It is beautifully written, utterly unself-conscious, and without a hint of self-pity. Cooper has an un-failing ear for language and a poet's tender heart. A powerful, important book that will teach you not only something about war and love, race and power, loss and hope, but also a great deal about yourself." -- Alexandra Fuller, author of Don't Let's Go to the Dogs Tonight: An African Childhood and The Legend of Colton H. Bryant

"Helene Cooper's memoir is a remarkable page-turner: gripping, perceptive, sometimes hilarious, and always moving. Her keen eye, fierce honesty, and incisive intelligence open a window on war-torn Liberia, America, and the stunning challenge of a life that straddles these deeply intertwined societies." -- Jeffrey D. Sachs, special adviser to UN Secretary-General Ban Ki-Moon and author of The End of Poverty

"The tragedy of Liberia -- the most American of all the African tragedies -- is brought painfully to life in Helene Cooper's memoir. Her work is an antidote to statistics and headlines and the blur of Africa's sorrows, a reminder that history and war proceed one family at a time, one person at a time. They are never abstract, always personal." -- Arthur Phillips, author of Prague, The Egyptologist, and Angelica

The House at Sugar Beach

In Search of a Lost African Childhood