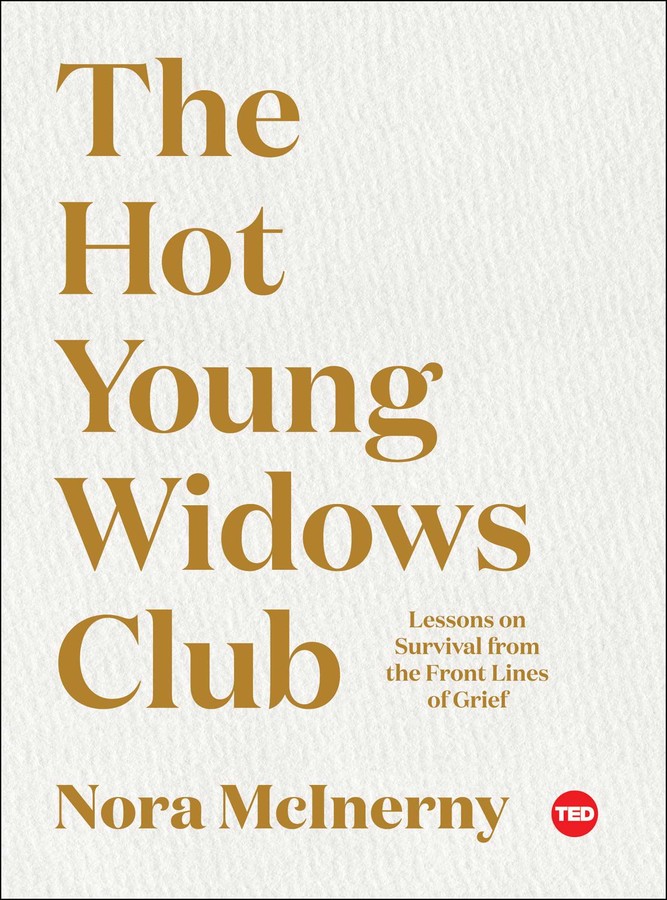 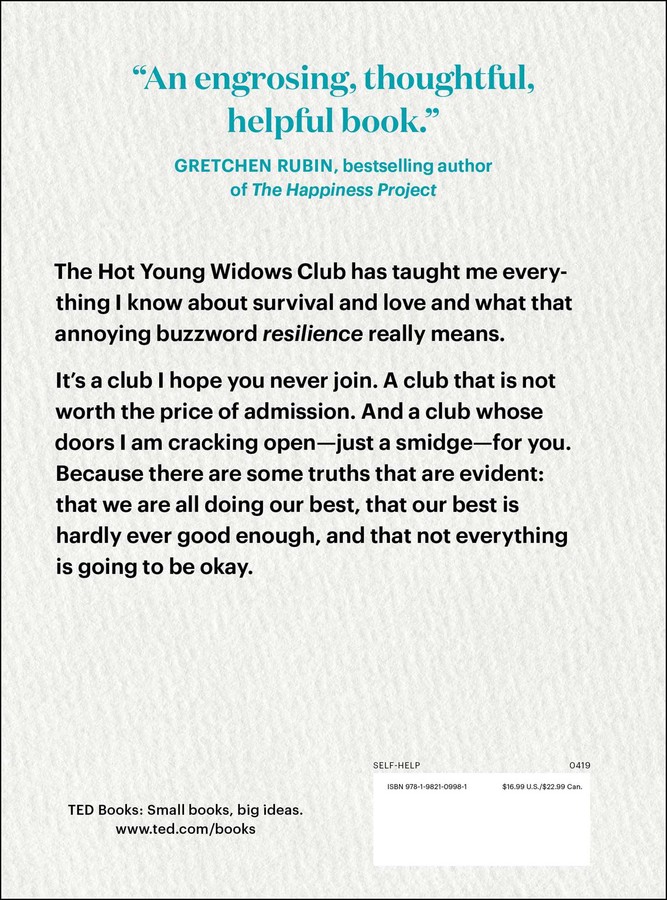 Lessons on Survival from the Front Lines of Grief

From the host of the popular podcast, Terrible, Thanks for Asking, comes a wise, humorous roadmap and caring resource for anyone going through the loss of a loved one—or even a difficult life moment.

In the span of a few weeks, thirty-something Nora McInerny had a miscarriage, lost her father to cancer, and lost her husband due to a brain tumor. Her life fell apart.

What Nora discovered during this dark time is that, when you’re in these hard moments, it can feel impossible to feel like even a shadow of the person you once were. People will give you all sorts of advice of how to hold onto your sanity and sense of self. But how exactly? How do you find that person again? Welcome to The Hot Young Widows Club, Nora’s response to the toughest questions about life’s biggest struggles.

The Hot Young Widows Club isn’t just for people who have lost a spouse, but an essential tool for anyone who has gone through a major life struggle. Based on her own experiences and those of the listeners dedicated to her podcast, Terrible, Thanks for Asking, Nora offers wise, heartfelt, and often humorous advice to anyone navigating a painful period in their lives. Full of practical guidance, Nora also reminds us that it’s still okay to laugh, despite your deep grief. She explores how readers can educate the people around them on what to do, what to say, and how to best to lend their support. Ultimately, this book is a space for people to recognize that they aren’t alone, and to learn how to get through life’s hardest moments with grace and humor, and even hope.

The Hot Young Widows Club 1 Am I Grieving Right?
A common idea of grief is that it will include a lot of crying, and a lot of Kleenex. Yes, for some people it will. And for others, it will include a complete departure from their typical personality or behaviors. When you experience a foundational loss, your world is so shaken that you become accustomed to turbulence. It seems almost safer to keep the plane bouncing along, to create your own dips and turns.

I spent a lot of money after Aaron died. This is different from having a lot of money to spend, and having recently quit my job, I did not have a lot of money. But I had a huge, gaping hole in the center of my soul and it felt like I could fill it with things if I tried hard enough. I gave it a solid effort, but the hole remained.

Not everyone spends money like crazy after they lose someone they love. But a lot of us do! A lot of us start drinking more than we did before. And a lot of us get tattoos. Or sleep around. We’re not breaking any rules, except the one that nobody knows the origin for, the one that says grief always equals sadness.

Grief is sadness, but it’s also an unscratchable itch, an insatiable hunger, an unsoothable ache. It is an extreme discomfort that’s both spiritual and physical. After Aaron’s death, I could feel my heart beating harder and faster in my chest. The muscles in my shoulders, neck, and head tightened into thick knots. My head ached constantly.

“I just want to take out my eyes and massage them gently,” I said to a widow friend.

“I know exactly what you mean!” she said, and we sat on my couch, pressing the heels of our hands against our eyes in silence for a few minutes before unloading our anxieties on each other.

I was worried about money at the time. Probably because I was bleeding money through late-night Amazon purchases and was constantly in danger of overdrawing my checking account. She was worried about her reputation. She’d met a man online and had slept with him after their second date. She hadn’t liked him that much, but she’d liked the idea of him, and the feeling of him. She’d had wild, uninhibited sex with a guy she barely knew, and it was awesome. It was awesome because she got to be radically in the moment, and in her body. That sex was a respite from the grief that had consumed her. And while she wasn’t interested in that guy anymore, she was definitely interested in having more sex with someone else. Was that excessive? Was it okay? Nobody could tell how much money I spent, but someone could, conceivably, run into her out and about on a date in our city. What would they think?

If you haven’t been widowed before, you may be thinking, Oh yuck, what a maladaptive coping mechanism!

It’s very easy to judge where someone is when you haven’t been there.

And it’s easy to justify every purchase and every decision when you are sad. I said out loud many times, “My husband is dead! I can do what I want!” It became a catchphrase for me and Moe, my Hot Young Widows Club co-founder. We could do whatever we wanted! We could get more tattoos. I could change my hair color from lavender to blond to a blue that turned green accidentally. I could quit my job! I could start a nonprofit and write a book! I could move in with my mom if I wanted to! What looked spontaneous or even bizarre to the people around me made perfect sense to me. My dad and my husband and my last baby with Aaron were dead. So what if I lose some money, or some hair? So what if I get a bad tattoo?

My in-box is filled with people who are mystified by their grief behaviors. They are wondering if they are normal. They want to know if they are grieving right.

Why would a suburban mother suddenly want a neck tattoo? How could a person who just watched his wife die of cancer have an appetite for sex? Why do they always feel like they have the flu?

I tell them all the same thing, which is that I am not a doctor or a licensed therapist, but I am an enthusiastic, amateur grief anthropologist. Which is my way of saying that I’ve seen a lot of people grieve a lot of different ways and I consider them all normal.

It is normal to hate your friend because their husband is alive and yours is not. It is normal to bristle at seemingly innocuous questions like, “How are you holding up?” It is normal to catalog all the mistakes your friends and family are making around you and your grief. It’s normal to not shed a tear at your child’s funeral, but then to sob uncontrollably in the Target parking lot when you see their doppelgänger toddling through the automatic doors. It’s all terrible, and uncomfortable, and miserable, and normal.
Nora McInerny

Nora McInerny has a lot of jobs. She is the reluctant cofounder of the Hot Young Widows Club (a program of her nonprofit, Still Kickin), the bestselling author of the memoirs It’s Okay To Laugh, Crying Is Cool Too, and No Happy Endings and the host of the award-winning podcast Terrible, Thanks for Asking. Nora is a master storyteller known for her dedication to bringing heart and levity to the difficult and uncomfortable conversations most of us try to avoid, and also for being very tall. She was voted Most Humorous by the Annunciation Catholic School Class of 1998.

"Wise...McInerny’s simple and effective advice will be valuable for anyone who has survived a loss."

"The book strikes an accessible tone that balances humor and a no-holds-barred willingness to engage in the uncomfortable parts of grieving. Despite this, or maybe because of it, The Hot Young Widows Club offers readers the rare opportunity to sit with grief...[a] meaningful read."

Lessons on Survival from the Front Lines of Grief