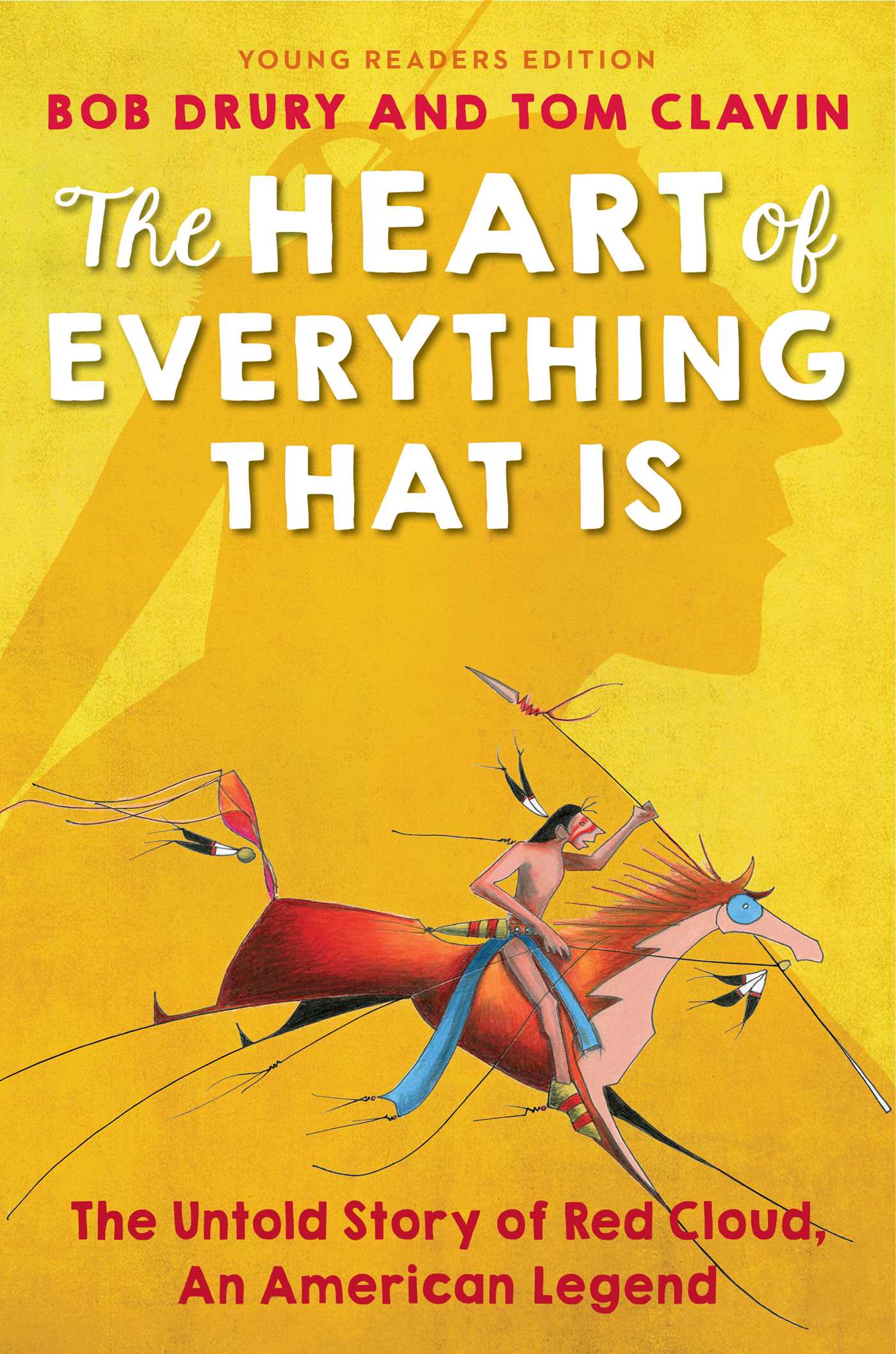 The Heart of Everything That Is

From bestselling authors Bob Drury and Tom Clavin comes the epic, untold story one of the most powerful Sioux warriors of all time, Red Cloud—now adapted for a younger audience!

“I have but a small spot of land left. The Great Spirit told me to keep it.” —Red Cloud

This young readers edition of the New York Times bestseller of the same name tells the long forgotten story of the powerful Oglala Lakota chief, Red Cloud. At the height of Red Cloud’s power the Sioux claimed control of vast parts of the west. But as the United States rapidly expanded, the country brutally forced the Indians off their lands.

Fighting for the survival of the Sioux way of life, Red Cloud successfully secured the loyalty of thousands of fierce fighters, including Crazy Horse, and is the only American Indian in history to defeat the United States Army in a war.

Thanks to the rediscovery of Red Cloud’s long-lost autobiography, and painstaking research by two award-winning authors, and with the help of a world-class adapter, the story of the nineteenth century’s most powerful and successful Indian warrior can finally be told.

The Heart of Everything That Is 1 Early Life
One quiet night on the plains of Nebraska, a glowing red meteor raced across the sky. Below it, a band of Brule Lakota Indians camped. Those who saw the meteor knew it was a sign of some kind—whether it was good or bad would be determined in the future. A few days later at the edge of the camp, a woman named Walks as She Thinks spread a brushed deerskin blanket over a bed of sand on the banks of Blue Water Creek and gave birth to her first son.

When the infant’s father, Lone Man, announced to the band that he had named the boy after the strange meteorological occurrence to appease the Great Spirit, the Brules agreed that he had done a wise thing.

This is how the child came to be called Makhpiya-luta, or Red Cloud.

When Red Cloud was only four years old, his father, Lone Man, died because of his addiction to what the white man called whiskey. In reality, the drink, sold or traded to the Indians, was a shuddering mixture of diluted alcohol, molasses, tobacco juice, and crushed red pepper. Native Americans of the eighteenth and nineteenth centuries had no more immunity to alcohol than to smallpox.

After Lone Man’s death Red Cloud’s mother, Walks as She Thinks, left the Brule camp and took him, his younger brother, Big Spider, and an infant sister back to her original Oglala Lakota band, which was led by Old Smoke. Old Smoke recognized her as a “sister,” a term that meant that she was either his true sibling or a close cousin with the same status as a sister. Although Old Smoke was by then in his early fifties, he was still a vibrant war leader; he had been a head man for close to two decades, and his band was the largest, strongest, and most influential of all the Oglala tribes, if not of the Sioux nation.

The Sioux instilled in their children a respect for reserve and poise. Another uncle, a warrior named White Hawk, taught the young Red Cloud to control what he called the boy’s “unusually headstrong impulses.” In the future, these impulses would help to establish Red Cloud’s reputation for vicious behavior in war.

White Hawk was also responsible, along with Walks as She Thinks, for the child’s education. They interpreted for him the messages to be found in every birdsong and the track of every animal, the significance of the eagle feather in a war bonnet, and the natural history of the Sioux. By the age of six, Red Cloud was sitting at council fires with his elders.

When Red Cloud was thirteen years old, he watched Old Smoke suppress his own cousin Bull Bear’s attempt to take control of the band. Bull Bear—a sour man, with a face like a clenched fist—had strength in numbers. But Old Smoke had the loyalty of his brother White Hawk’s less numerous but better-armed akicita, the tribe’s select male society of warriors and marshals.

In the end, Bull Bear’s followers thought better of challenging them. Under Lakota custom and with White Hawk’s braves at his back, Old Smoke could have confiscated Bull Bear’s horses and women as punishment for his behavior. Instead, he banished Bull Bear and his followers, greatly weakening his own band in the process.

Humiliated, Bull Bear threw dust in Old Smoke’s face before riding out of camp. It was an act of disrespect Red Cloud never forgot and it is the likely reason Old Smoke’s band got a new name. Their sullen, fierce reaction to the insult may be why they became known as the Ite Sica, or Bad Faces.

The Lakota rarely stayed in any one location, following the game along rivers that acted as natural highways through the western plains, seeking fresh pasturage for their expanding herds of ponies, and camping along trails in places that had acquired mystical significance. These journeys pushed the tribe farther and farther west and southwest out of South Dakota.

Life on the lush prairie offered Indian men and boys plenty of opportunity for self-reflection and long, thoughtful conversations deep into the night as the camp’s women did most of the hard work. Red Cloud had ample time to absorb his uncles’ wisdom and insights regarding the Sioux philosophy of existence.

The Sioux regarded the universe as a living and breathing—if mysterious—being. And though they recognized the passage of time as measured by the predictable movements of the sun, the moon, and the stars, to their eyes mankind was but a flickering flame in a strong wind. Their concepts of past, present, and future were blurred so that all three existed simultaneously, on separate planes.

Americans steeped in Christian culture and Victorian science failed to understand this Indian approach to life. They often threw up their hands and resorted to the cliché of Indian spirituality as a blend of ignorance and superstition. Ignorance of Indian ways also contributed greatly to the white man’s description of Indians as untamed, savage, wild people lacking personal discipline. There was, however, a precise structure supporting Sioux religious beliefs, even if it remained largely unrecognizable to outsiders.

Sioux religious philosophy flowed from their recognition of what the famous Oglala holy man Black Elk described as the “Sacred Hoop” of life. That hoop consists of a series of concentric circles, divine rings, the smallest of which surrounds one’s immediate family. The hoops expand outward, growing ever larger to include extended households, bands, tribes, entire peoples, the earth and all its living things, and finally the universe, Wakan Tanka. 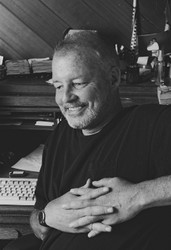 Bob Drury is the author/coauthor/editor of nine books. He has written for numerous publications, including The New York Times, Vanity Fair, Men’s Journal, and GQ. He is currently a contributing editor and foreign correspondent for Men’s Health. He lives in Manasquan, New Jersey. 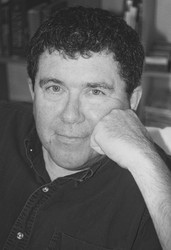 Tom Clavin is the author or coauthor of sixteen books. For fifteen years he wrote for The New York Times and has contributed to such magazines as Golf, Men’s Journal, Parade, Reader’s Digest, and Smithsonian. He is currently the investigative features correspondent for Manhattan Magazine. He lives in Sag Harbor, New York.

“The carefully adapted young readers’ version of [the authors] adult book, which tells the story of Red Cloud, a powerful Oglala Lakota chief…reads like an adventure tale. By recounting the story of one warrior, the books retells the tragic story of an infamous frontier conflict from an oft-ignored perspective.”

Heart of Everything That Is Curriculum Guide (pdf)

The Heart of Everything That Is