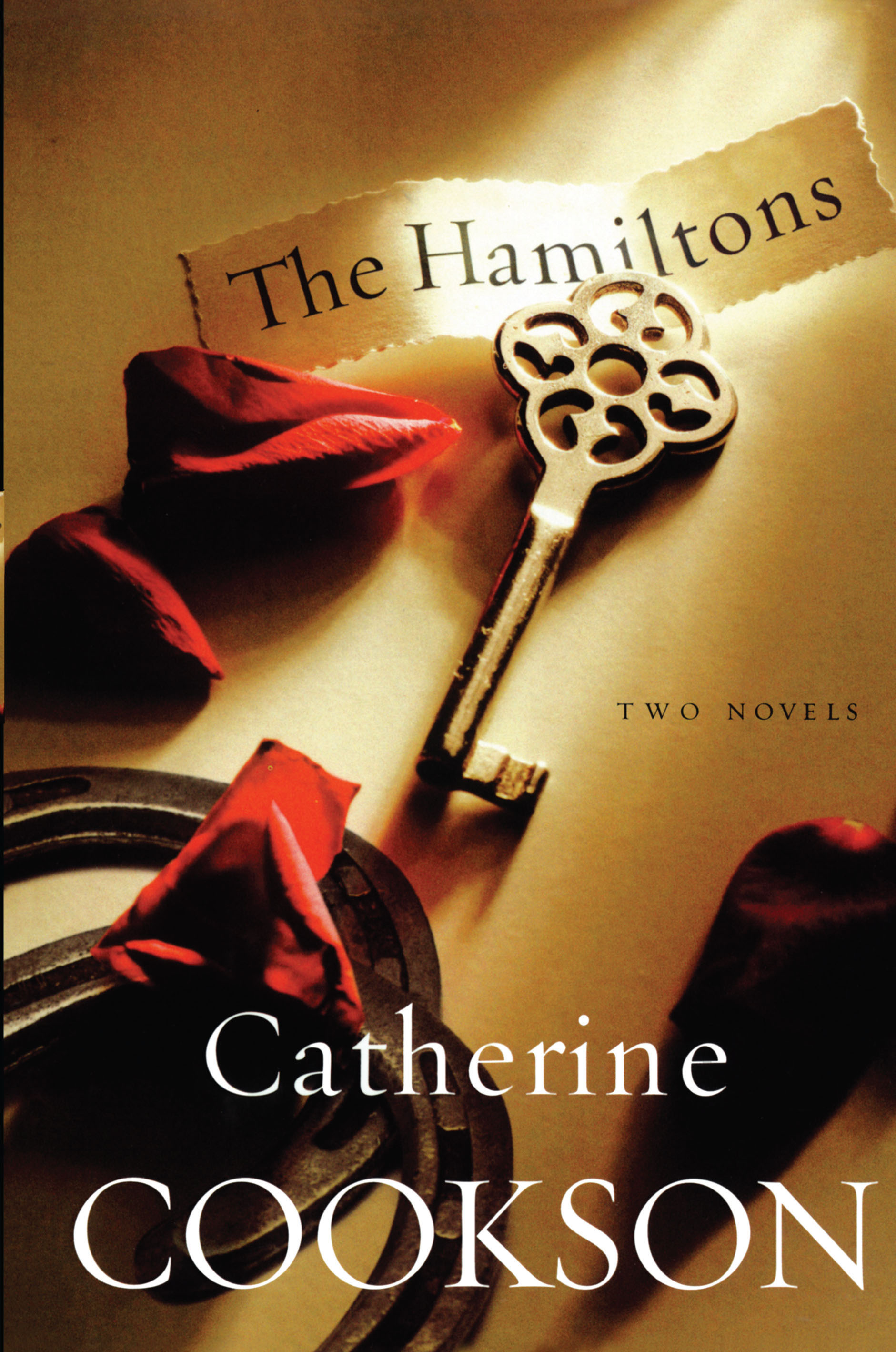 By Catherine Cookson
LIST PRICE $58.00
PRICE MAY VARY BY RETAILER

Catherine Cookson's Hamilton novels have taken their place among the most widely acclaimed and enjoyed of her books. In this omnibus edition of Hamilton and Goodbye Hamilton, she shows her exceptional ability to tell a story in which good humor and a sense of compassion are finely blended, with characters so vividly alive they leap off the page.

Maisie could never be quite sure when she first met Hamilton, but most likely it was when she started talking to herself as a lonely seven-year-old. She didn't know his name until much later,when she was fourteen and Dr. Kane had to pay her a visit. "Let us use our horse sense," he said, and at that moment Maisie saw a great horse galloping past him and all the time looking at her, its eyes full of knowledge and its lips drawn back as if in laughter. Soon after, Maisie adopted the name Hamilton for her new and secret companion. Of course, she couldn't talk about Hamilton to anyone -- but she could write about him. And write she did, with results that would eventually broaden her horizons far beyond the confines of the small town where she had spent her lonely girlhood. Hamilton would continue to be a pillar of Maisie's life for years, as she deals with the adult problems of work, love,and marriage and builds a life for herself.

Goodbye Hamilton picks up where Hamilton leaves off. By the time Maisie reaches her early thirties, she's escaped a disastrous marriage and become a bestselling author with her very first book: all about Hamilton, the remarkable horse who exists only in her imagination but had nonetheless proved a real guide, philosopher, and friend since her childhood. Now she's about to be married again, this time to a man whose deep and abiding love for her knows no bounds. And Hamilton, in turn, marks the occasion by taking a wife himself, an elegant (and equally imaginary) mare named Begonia.

So the outlook was fair, but it seems Maisie was destined never to know happiness untouched by sorrow, and the next few years would bring their share of fresh troubles -- some a legacy from the past -- to face and fight. But Hamilton and Begonia are there to back her up, and at a time when things are looking especially black, a very real flesh and blood boy (with a surprisingly deplorable vocabulary) comes tumbling into her life, providing the greatest support and joy of all.

Catherine Cookson lived in Northumberland, England, the setting of many of her international bestsellers. Born in Tyne Dock, she was the illegitimate daughter of an impoverished woman, Kate, whom she was raised to believe was her older sister. She began to work in the civil service but eventually moved south to Hastings, where she met and married a local grammar school master.
Although she was originally acclaimed as a regional writer, in 1968 her novel The Round Tower won the Winifred Holtby Award, her readership quickly spread worldwide, and her many bestselling novels established her as one of the most popular contemporary authors. After receiving an OBE in 1985, Catherine Cookson was made a Dame of the British Empire in 1993. She died shortly before her ninety-second birthday, in June 1998, having completed 104 works.

"Virtuous and plucky . . . Give me Catherine Cookson any day." -- Anna Mundow, The Boston Globe

"Catherine Cookson's novels are about hardship, the intractability of life and of individuals, the struggle first to survive and next to make sense of one's survival. Humor, toughness, resolution, and generosity are Cookson virtues. . . . In the specialized world of women's popular fiction, Cookson has created her own territory." -- Helen Dunmore,The Times (London)

"Whenever the desire for entertaining fiction must be quenched, a Catherine Cookson novel . . . should prove an excellent resource." -- The Philadelphia Inquirer

By Catherine Cookson
LIST PRICE $58.00
PRICE MAY VARY BY RETAILER