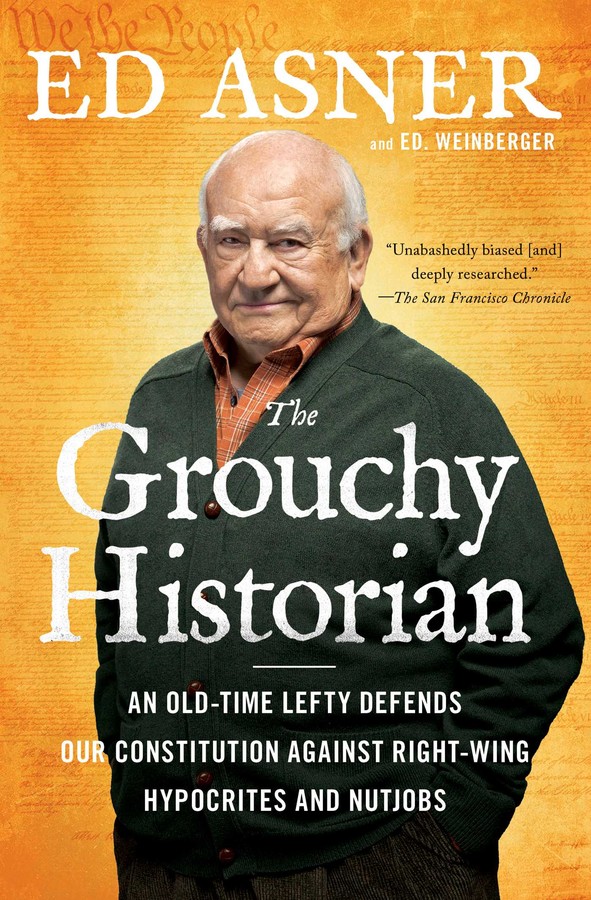 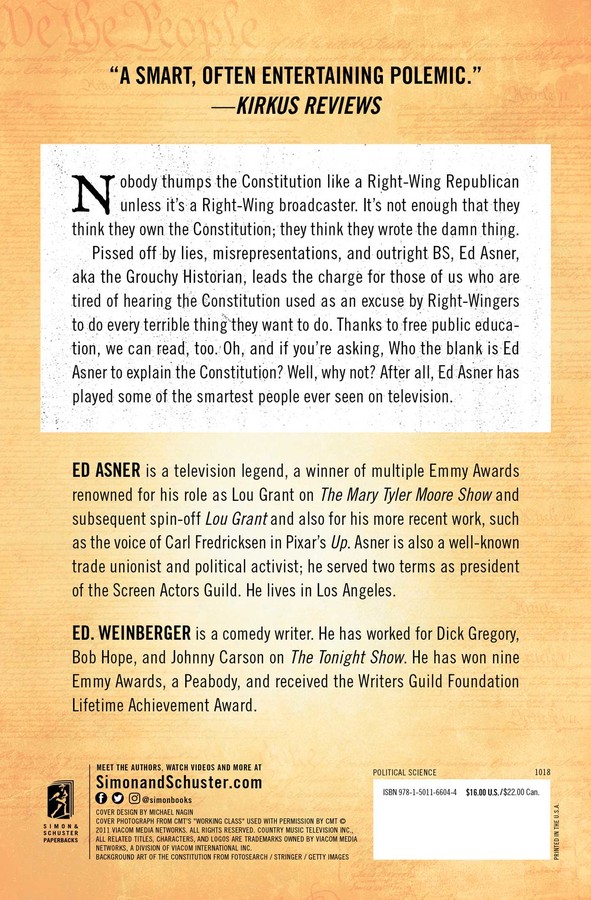 The Grouchy Historian
By Ed Asner and Ed. Weinberger
Read by Ed Asner

By Ed Asner and Ed. Weinberger
LIST PRICE $17.00
PRICE MAY VARY BY RETAILER

In “an unabashedly biased, deeply researched book” (SF Gate), Ed Asner—the actor who starred as Lou Grant on The Mary Tyler Moore Show—reclaims the Constitution from the right-wingers who think that they and only they know how to interpret it.

Ed Asner, a self-proclaimed dauntless Democrat from the old days, figured that if the right-wing wackos are wrong about voter fraud, Obama’s death panels, and climate change, they are probably just as wrong about what the Constitution says. There’s no way that two hundred-plus years later, the right-wing ideologues know how to interpret the Constitution. On their way home from Philadelphia the people who wrote it couldn’t agree on what it meant. What was the president’s job? Who knew? All they knew was that the president was going to be George Washington and as long as he was in charge, that was good enough. When Hamilton wanted to start a national bank, Madison told him that it was unconstitutional. Both men had been in the room when the Constitution was written. And now today there are politicians and judges who claim that they know the original meaning of the Constitution. Are you kidding?

In The Grouchy Historian, Ed Asner leads the charge for liberals to reclaim the Constitution from the right-wingers who use it as their justification for doing whatever terrible thing they want to do, which is usually to comfort the comfortable and afflict the afflicted. It’s about time someone gave them hell and explained that progressives can read, too.

The Grouchy Historian CHAPTER 1 Introduction: Why I Wrote This Book
O ye that love mankind! Ye that dare oppose, not only the tyranny but the tyrant, stand forth!

Nobody thumps the Constitution like a Right-Wing Republican. Conservatives love the Constitution, invoking its very name—even more than the Bible and Ronald Reagan—as all the proof they need that God is on their side. It’s not enough that they think they own the Constitution; they act as if they wrote the damn thing.

In fact, frat boys, listening to Republican candidates, have invented a new way to get drunk: every time they hear the word Constitution, they down another shot of Jägermeister.I

The Constitution is the cornerstone of the Republican party’s agenda, along with small government, less regulation, and making sure the rich pay less taxes than the rest of us.

Republicans are supported by a phalanx of Right-Wing radio and TV hosts who wave the Constitution at us like so many brainwashed Chinese once lofted copies of Chairman Mao’s Little Red Book.

From Tea Party politicians to the Wall Street Journal editorial board, all share the same distorted view: progressives, with the aid of pinko academics and activist judges, have been on a century-long march to disfigure the Constitution, bend it to their own evil objectives, and undo the social order as ordained by our country’s Founding Fathers.

To give you some idea of what I’m talking about, here are samples of quotes from their best and brightest:

I, as a constitutional conservative, as a believer in Jesus Christ . . . readily embrace [Donald Trump’s agenda].

You can go to our Founding Fathers’ early documents and see how they crafted a Declaration of Independence and a Constitution that allows that Judeo-Christian belief to be the foundation of our lives . . .

—Sarah Palin, who is not who she once was

And there are a helluva lot more where that came from.

First, I did my homework. I read the Constitution and the amendments; perused The FederalistV and Madison’s notes taken during the Constitutional Convention; surveyed the lives of the Founders and FramersVI; looked over the Supreme Court opinions of Antonin Scalia and Clarence Thomas; and even tried to digest Glenn Beck’s The Original Argument, Mark Levin’s The Liberty Amendments, and Dr. Ben Carson’s A More Perfect Union—three of the best over-the-counter sleep aids on the market. To find out how the mind of a strict constructionist works, I also dipped into Ted Cruz’s autobiography, A Time for Truth, a faith-based romance novel in which the hero falls in love with himself at an early age.

Here is a preview of what I came up with:

The Framers wrote the Constitution in order to form a strong central government, giving sweeping powers to Congress (not the states) and balanced by an equally strong executive branch.

Nothing in the Constitution suggests, let alone enforces, the concepts of limited government, limited taxes, and limited regulations.

When the Framers wrote “We the People,” they meant themselves.VIII

Most of the Founders and Framers were Deists. Deism is a religion that believes in a God who really doesn’t give a shit.

The Framers did not hate taxation. They needed taxes, desperately. They had a war to pay off.

A strict constructionist is someone who selects portions of the Constitution to justify already held beliefs.

Under the Constitution, women had the same rights as a Chickasaw Indian.

The Constitution is as good as the people who swear to protect it.

The rest of what I learned is in this book.

For the record: I do not pretend that what I say here is an objective study of the Constitution and the men and events that went into its creation. I come to the subject as a citizen with my own strong point of view, believing that “objective historian” is a contradiction in terms, like “compassionate conservative” or “Fox News.”

Nor do I pretend to be a professional scholar—which might explain why not every quote is letter perfect or exactly endnoted.IX For that, I have to blame my inexperienced research assistant, who also happens to be me.

But you will be happy to know that I did read some of the best historians and Constitutional scholars in the business. Many of whom happened to beat me to my best ideas.

I know what you’re thinking. Why me of all people? Why am I writing a book about the Constitution? Well, why not me? After all, I have played some of the smartest people ever seen on television.

I. And if there isn’t a drinking game like that, there should be.

II. A half page down, President Obama is shown gleefully tearing the Constitution to shreds.

IV. According to the claims in at least one settled lawsuit.

V. The Federalist is composed of eighty-five essays written anonymously by Alexander Hamilton, James Madison, and John Jay. Seven hundred pages in defense of the Constitution—so who had time for every word? Hell, I’m eighty-six years old.

VIII. The Framers created a republic—not a democracy—in which ordinary citizens like us were kept as far removed from the electoral process as possible.

IX. If you don’t believe my quotes, look the damn things up yourself. 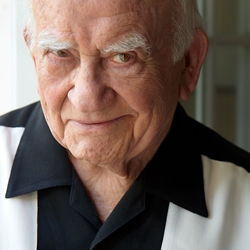 Ed Asner was a television legend, well known for his role as Lou Grant on The Mary Tyler Moore Show and subsequent spin-off Lou Grant. He won seven acting Emmy Awards, and was nominated a total of twenty times. Asner also made a name for himself as a trade unionist and a political activist. He served two terms as president of the Screen Actors Guild, from 1981-1985, during which he was an outspoken critic of former SAG President Ronald Reagan, then the US president, for his Central American policy. He died in 2021. 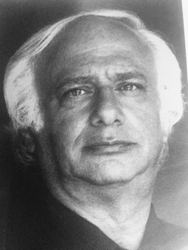 Ed. Weinberger began his career in the early 1960s with Dick Gregory and has written for such diverse comedians as Bob Hope, Richard Pryor, and Johnny Carson (for five years on The Tonight Show). He wrote for and produced The Mary Tyler Moore Show, co-created Taxi, Dear John, and The Cosby Show. He also executive-produced and created Amen, Sparks, and Good News. He has won three Golden Globe Awards, a Peabody, and nine Emmys. In 2000, he received The Writer’s Guild of America Lifetime Achievement Award. He lives in Los Angeles.

“If Michele Bachmann, Sarah Palin, and Teds Nugent and Cruz can call themselves Constitutional conservatives, then Asner can call them out on their so-called knowledge of America's bedrock documents. . . . Although it is, indeed, wry and witty, Asner’s 'defense' is no mere entertainer’s polemic.”

By Ed Asner and Ed. Weinberger
LIST PRICE $17.00
PRICE MAY VARY BY RETAILER