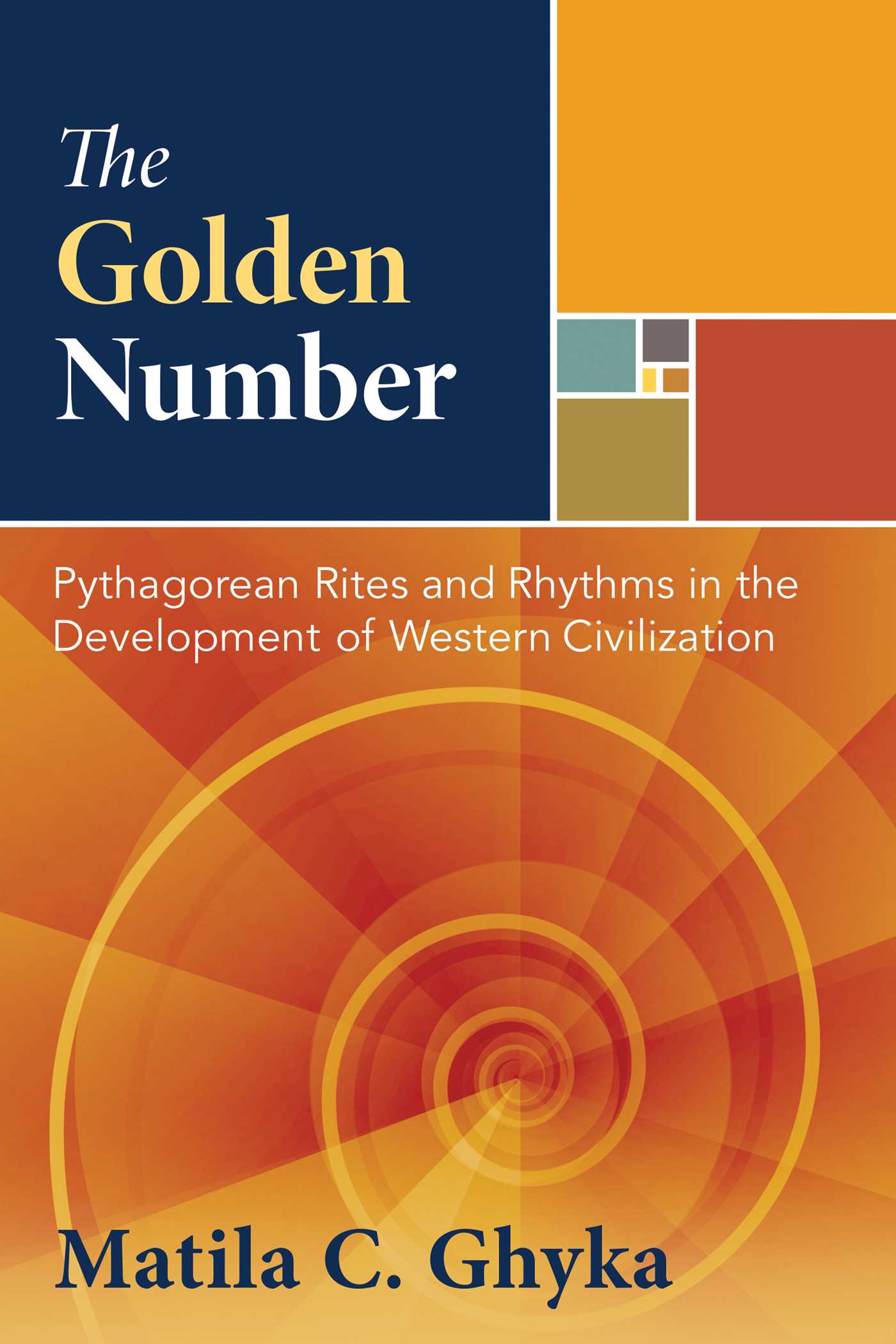 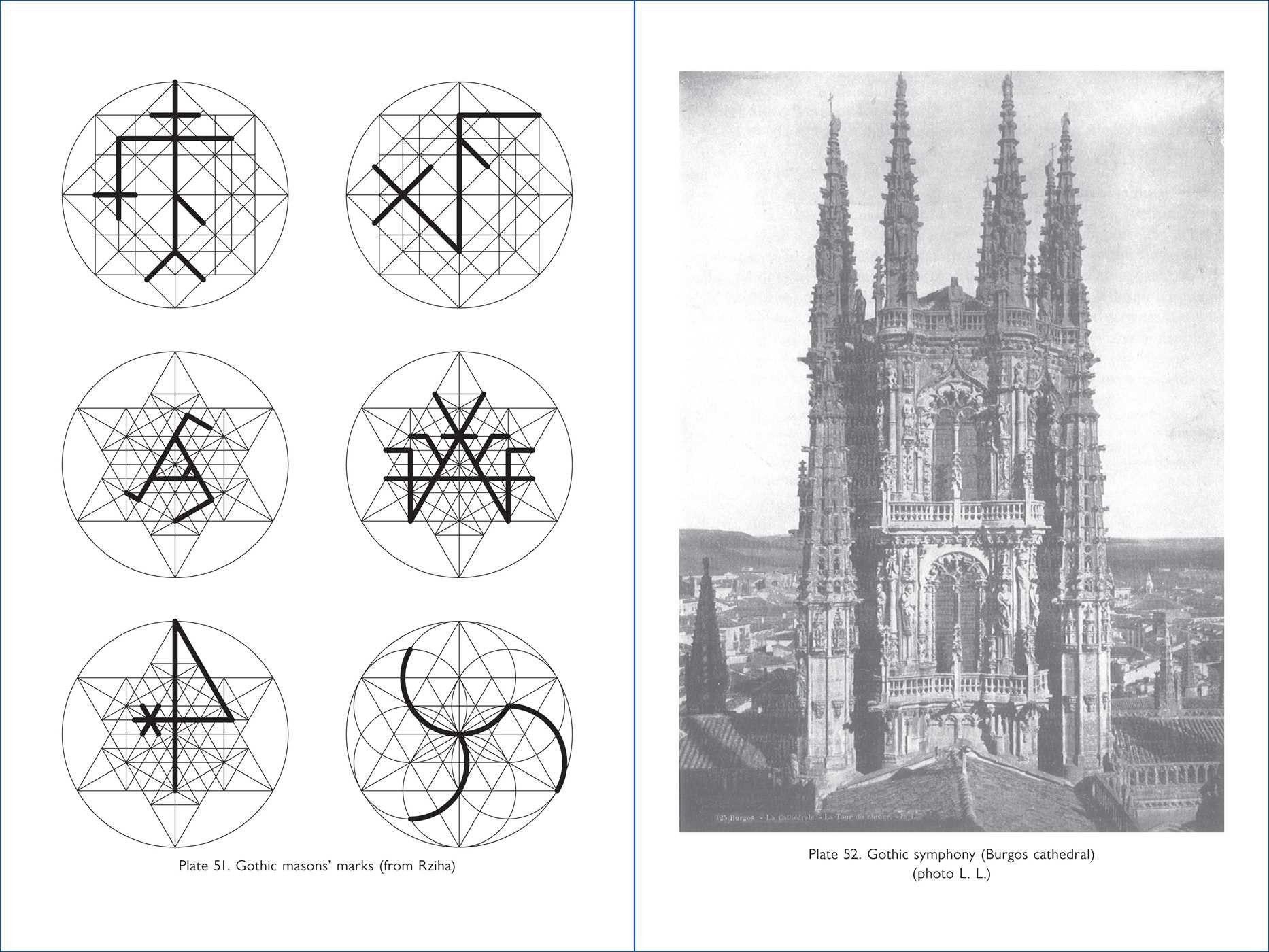 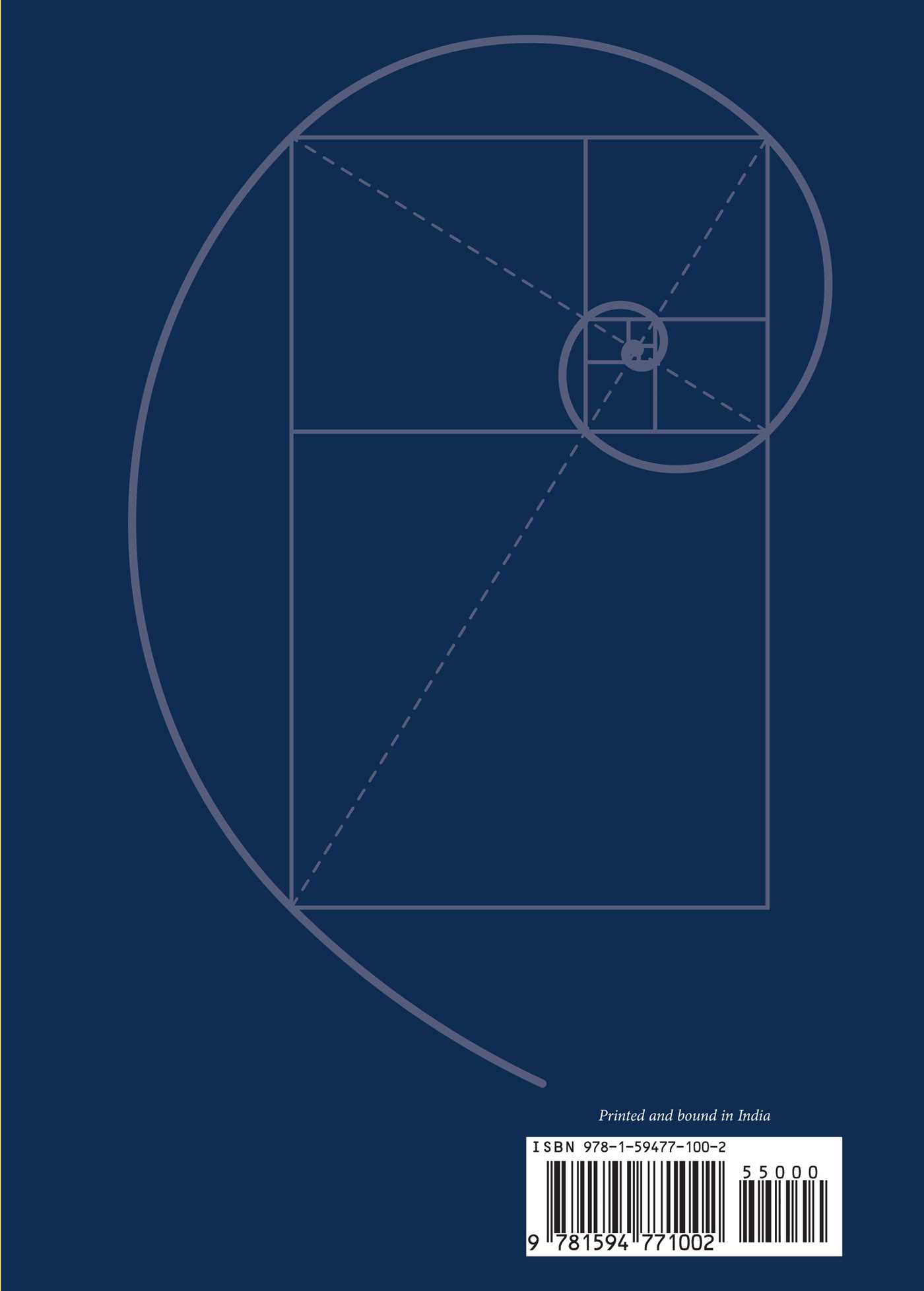 Pythagorean Rites and Rhythms in the Development of Western Civilization

The first English translation of Ghyka’s masterwork on sacred geometry

The Golden Number, or Phi (Φ), is a geometric ratio found throughout nature, often underlying the dimensions of objects considered especially beautiful. Simplified as 1.618 and symbolized by the Fibonacci sequence, the Golden Number represents the unique relationship within an object where the ratio of a larger part to a smaller part is the same as the ratio of the whole to the larger part. It appears in the proportions of the human face and body as well as in the proportions of animals, plants, and celestial bodies.

Called the divine proportion by the monk Fra Luca Pacioli, whose book on the subject was illustrated by Leonardo da Vinci, Phi’s use in art and architecture goes back at least to the mystical mathematics of Pythagoras and his followers in the sixth century BCE. The perfect synthesis of spiritual and material, it can be found in the measurements of the sacred temples of Egypt, Ancient Greece, and Medieval and Renaissance Europe. The asymptotic series of integers that define Phi represent the macrocosm and microcosm as portrayed in Plato’s concept of the world soul.

Presenting Matila Ghyka’s classic treatise on the Golden Number for the first time in English, this book reveals the many ways this ratio can be found not only in the organic forms of nature--such as in the spirals of shells or the number of petals on a flower--but also in the most beautiful and highest creations of humanity. One of the most important concepts of sacred geometry, its mysteries were passed down in an unbroken line of transmission from the Pythagorean brotherhoods through the medieval builders’ guilds to the secret societies of 18th-century Europe. Ghyka shows how the secrets of this divine proportion were not sought merely for their value in architecture, painting, and music, but also as a portal to a deeper understanding of the spiritual nature of beauty and the hidden harmonies that connect the whole of creation.

The Lamp under the Bushel

In the presence of the unsettling avatar of the sign of harmony that we have seen radiating above the Gnostic Hermes, another star, not far from here, appeared in the firmament of symbols.

Magi are also guided by this star, leaning over, like official monitors responsible for an observation or a transmission of powers, the cradle of a new god, who will say he is love. He needed barely two centuries to be installed as master. Gnosticism becomes Christian.

But Christianity did not become Gnostic.

The Church refused to accept magic--or at least the “desire for magic.” It did not accept the predominant role awarded to “knowledge,” and the desire for knowledge, and even less the tendency to reserve this knowledge for a circle of the elite.

It was in vain that Marcion, Valentinus, Basilides, and Bardesane deployed the blandishments of their Word to save the scintillating mixture of Neoplatonic metaphysics and Syrian tenderness--the words of power of Isis no longer worked. Bishops and magicians of Gnosticism were excommunicated, doomed to destruction. But later Gnosticism led a hardy life, and with its sisters, the Kabbalah and Hermeticism, was content to wend its way through the esoteric shadows, passing down from century to century its ritual and ideological heritage, of which certain
Pythagorean rites and symbols formed no small part.

We saw earlier how Gothic architecture was “expert” from the perspective of the strict geometry of its plans. We saw how nothing was left to chance in the overall plans or in the design of the details, and that especially in the rose-windows of the Gothic cathedrals, we found an entire graphic encyclopedia of regular polygons inscribed in the circle as well as the polar segmentation of this same circle (Mössel’s Kreisteilung).

I noted in Esthétique des proportions how often the pentagon and pentagram recur in the designs and the motifs of Gothic rose windows. The inscribing of these figures in the circle (probably one of the geometric “secrets” of the school revealed to the profane by the Pythagorean Hippocrates of Chios) was handed down from antiquity according to the method of Ptolemy, based on the division of a straight line into mean and extreme ratio, following the golden number (divine proportion or “golden section”) that indeed governs the play of proportions in every regular figure with pentagonal or decagonal symmetry.

The old Pythagorean symbol for harmony radiates especially at Notre Dame, where we find it inscribed inside a pentagonal stainedglass rose, as well as at the heart of the north rose of Saint Ouen in Rouen, and in the magnificent north rose of Amiens cathedral: the rose window itself is pentedecagonal, with fifteen points.

Pentagonal rose windows can also be found in the Saint-Chapelle, in Strasbourg, and on the entire perimeter of Westminster Abbey.

Transmission of the Pythagorean Diagrams through Architecture

The exclusively Pythagorean-Platonic aspect of Vitruvian mathematics is visible in the fact that Vitruvius, the son of an architect, spoke in the name of a solidly established professional tradition and that in the art of building, the tradition was handed down as family or guild secrets.

This tradition would include the graphic procedures for establishing proportion and conforming to the desiderata of the “symmetry” (which Plato had already called “dynamic symmetry”), of which the most fruitful in eurhythmic combinations were based on the pentagon and decagon being inscribed inside the circle.

A parallel path of transmission of professional techniques also in the form of hereditary secrets was formed by the guilds or “colleges” of masons and stone carvers.

Tradition credits Numa with the founding of eight craftsmen guilds. What is certain is not only that these guilds (collegia opificum) were in existence in the third century BCE, but that they multiplied and degenerated by adding to their purely corporate character electoral agencies and secret political clubs.

We know by the few inscriptions found on this subject, that there existed among crafts guilds, funeral guilds, and religious fraternities (sodalitates) not only these bonds of affiliation, but also a close similarity from the point of view of their initiatory ritual character: the kinds of ceremonies (feasts, sacrifices), names of officials, elections (and probably admissions) of honorary “patrons.” We also know that the ritual was excessively complicated and was able to be passed down for six centuries without any modification.

The mason guilds spread throughout the Eastern Empire during the entire lifespan of Byzantine civilization, and after its fall, these guilds, instead of being destroyed, strengthened their autonomy and kept both traditions and organizations fully intact.

The initiatory symbolism extended to the tools of the trade, and for architects and masons this symbolism acquired a very special importance due to the geometrical “secrets” handed down by the masters. These instruments--compass, square, plumb line--are depicted on the sarcophagi of Roman-era architects and arranged exactly as they would be later on the tombstones of the fifteenth-, sixteenth-, and seventeenth-century master builders and on the facade of Saint Stephen’s in Vienna. These signs are sometimes obvious monograms and sometimes geometric symbols that can be found on the stones of some ancient monuments and on the majority of Roman and Gothic buildings.

For medieval buildings, where these masons’ marks or “sigils” are crafted with a precise and mysterious geometry (whose mathematical key the Austrian architect Rziha appears to have discovered), we know that each journeyman at his reception into this second grade of the hierarchy received a “mark” that belonged to him for life. This was his signature on the important pieces for which he was responsible, his password in his travels and contacts with members of his lodge or affiliated lodges.

The diagrams represented by these grids contain what the stone carvers called the “fundamental grid” or the base (Steinmetzgrund), which the majority of geometrical designs used for establishing the horizontal outlines of the capitals, steeples, bell towers, and for the drawing of Gothic rose windows.
Matila C. Ghyka

Prince Matila Costiesco Ghyka (1881-1965) was a Romanian mathematician, historian, philosopher, and diplomat, who served as the Plenipotentiary Minister in the United Kingdom during the late 1930s. He was also a visiting professor of aesthetics at the University of Southern California and at the Mary Washington College in Virginia. His previous books in English include The Geometry of Art and Life and an autobiography, The World Mine Oyster. Though his prolific literary output includes fiction, poetry, and philosophy, the overarching concern of his work was a synthesis of higher mathematics and the arts.

“Finally ... a complete translation of Matila Ghyka’s masterwork. This foundational book is essential reading for anyone interested in the golden section, harmony, proportion, and beauty in nature, art, and architecture.”

– David Fideler, author of Restoring the Soul of the World

“Matila Ghyka’s The Golden Number is the most comprehensive and convincing demonstration that the golden ratio is indeed, as Pythagoras had posed it, the root number of the universe, expressed both in the living plants and animals and in matter forms at all scales--from galaxies, to crystals, to quantum waves--thus ever-present in mathematics, cosmology, architecture, music, and art at large. Jon Graham’s excellent translation couldn’t be more of a treasure trove at this time.”

Pythagorean Rites and Rhythms in the Development of Western Civilization