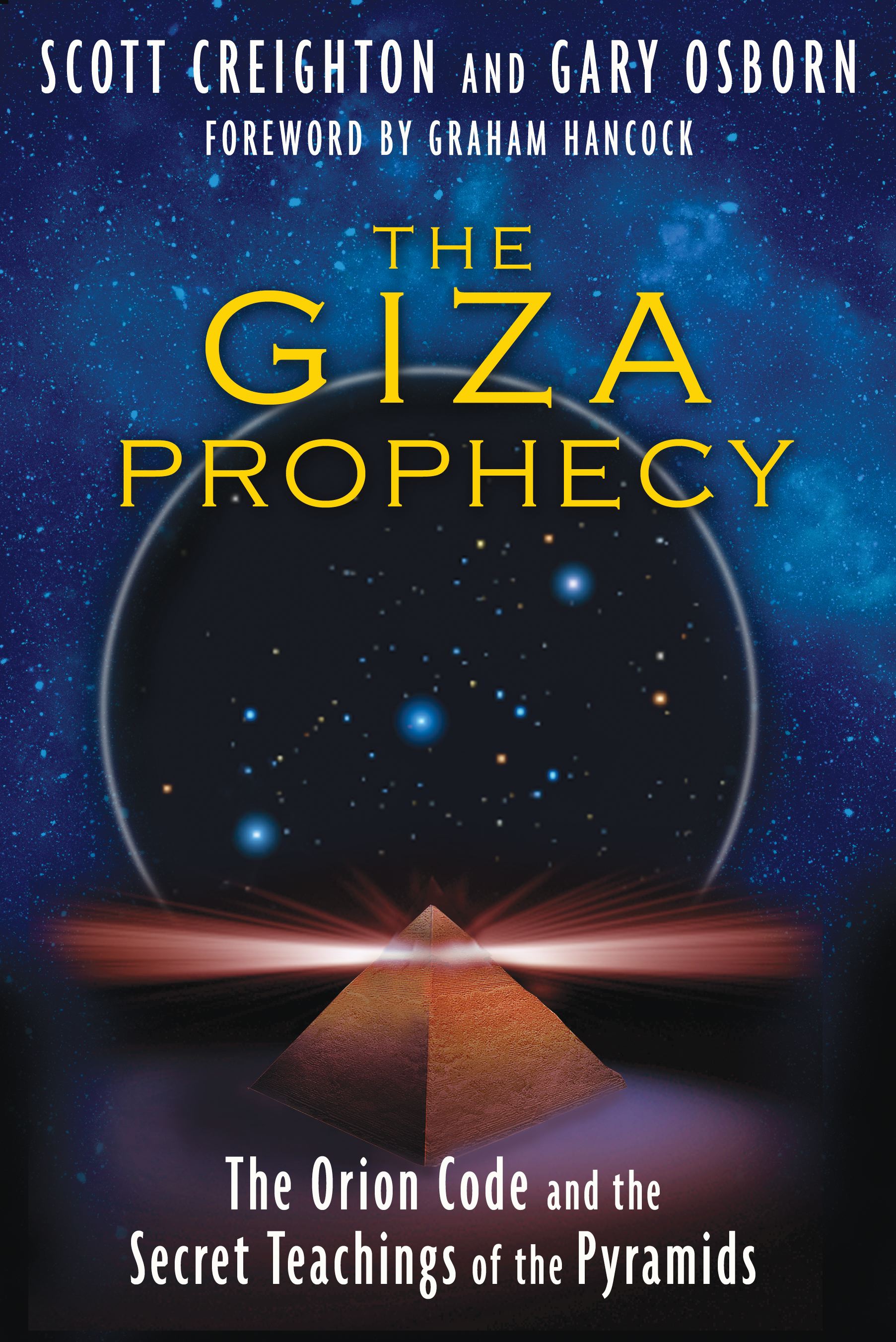 • Uncovers the location of an additional as-yet-undiscovered “recovery vault” on the Giza plateau, as revealed in the myth of Osiris

Offering a radical new perspective on the Great Pyramid of Giza and all the structures surrounding it, including the Sphinx, Scott Creighton and Gary Osborn show how the designers of Giza intentionally arranged these massive structures to create an astronomical timeline recording catastrophic events in the past as well as warning later generations of the precise times of future catastrophes. They reveal how the Old Kingdom pyramids of Giza were created, not as tombs for the pharaohs and their queens, but as “recovery vaults” to ensure the rebirth of the Kingdom of Egypt after a global disaster by acting as storehouses for ancient Egyptian culture--its tools, seeds, art, and sacred texts.

Through the use of photos, maps, and diagrams of the Giza plateau, the authors explain in detail how the angles and geometry of the Great Pyramid align with the stars of Orion’s Belt to encode an important message: that changes in the tilt of the world’s axis have occurred in the remote past, most recently in 3980 BCE, and will occur again in the near future. Highlighting the ubiquitous appearance of 23.5-degree angles--the most important of the precessional angles encoded in the Giza pyramids--in classic works of art, including the work of Leonardo da Vinci and portraits of John the Baptist and George Washington, the authors reveal how this angle, the Great Pyramid, and its fateful message are tied to Freemasonry and other secret societies. Concluding with the remarkable revelation triggered by the myth of Osiris that there may be an as-yet-undiscovered 14th “recovery vault” on the Giza plateau, Creighton and Osborn show that the prophecy of Giza is a message of first importance to our own civilization.

As briefly stated earlier, over the years the Internet has spawned a veritable plethora of geometrical-mathematical offerings that attempt to seek the answer to the question of how the base dimensions of the three main Giza pyramids were determined and the rationale for the placement of the two sets of Queens’ Pyramids in relation to the main structures. So far, however, none of these offerings provides anywhere near a complete, cohesive solution to this vexing question, the master key to unlocking the Giza Blueprint remaining frustratingly elusive.

We already discussed in the opening to this chapter that Robert Bauval has long argued that the layout and build of the three main Giza pyramids are symbolic representations of the three Belt stars of the Orion constellation, and together with Adrian Gilbert and latterly with Graham Hancock he has provided considerable contextual evidence from the ancient Egyptian Pyramid Texts in support of his Orion Correlation Theory (O.C.T.).

Assuming then that Bauval’s theory is correct, could it then be possible that the Belt stars of Orion might reveal to us other aspects of the Giza pyramid design, not merely the layout of the pyramids closely mirroring the pattern (asterism) of the Belt stars? Might it be possible that the Belt star asterism could have been used as the template from which to define the actual geometrical base dimensions of the three main Giza pyramids and allow us also to explain the somewhat puzzling and contradictory alignment and placement of the two sets of Queens’ pyramids as well as the missing queens’ pyramids of G2, the pyramid attributed to Rachaf?

In short, might the Orion Belt star asterism be the elusive design key, the underlying design imperative sought by so many for so long to explain the relative base dimensions of the three main Giza pyramids, their placement on the ground and the placement also of the two sets of Queens’ pyramids? Can it be shown that the dimensions (as well as the layout) of the pyramids at Giza conform to a predefined, unified, homogeneous plan based upon Orion’s Belt; a plan that--if found--would strike a considerable blow to the tomb theory? Well, let us now see.

Any three, non-linear points (in this case the three stars of Orion’s Belt) can be used to generate three bases, simply and easily, using a technique that we have dubbed “geo-stellar fingerprinting.”

Quite remarkably, what we find when using this simple, systematic technique is that, when a comparison is made, the base dimensions of the three main pyramids at Giza are shown to proportionally agree with the three bases produced from the Orion Belt asterism using the geo-stellar fingerprinting (GSF) technique--a quite compelling connection between the Orion Belt Stars and the pyramids at Giza, and a connection that cannot easily be rebuffed by those who argue against the validity of the O.C.T.

And if this were not enough, what we also find is that by placing three diagonal lines through the midpoints of each of the three bases produced by the GSF technique, we can place the two sets of so-called Queens’ Pyramids along the axis of these lines.

It seems somewhat ironic to us that the mathematical solution to the Giza layout sought by so many over so many years was sought by some individuals in the hope of disproving Bauval’s Orion hypothesis, and yet what we now find is that the Orion Belt stars appear to actually have held the key to the base design solution of the Giza pyramids--the Giza Blueprint--that these individuals had been so keen to discover.

And it is worth repeating here that this very simple and systematic technique shows the pyramids at Giza clearly conform to a master plan not only in their layout on the ground but also in their very base dimensions. The layout and dimensions of the Giza pyramids can simply and easily be extrapolated from the Belt stars of the Orion constellation; this is to say that the Belt star asterism served as the underlying design imperative for the general layout as well as the base dimensions of the Giza pyramids. The master key.

That this can be so easily demonstrated must now call into question the entire premise of the conventional tomb theory with regards to these structures for--as a planned, unified scheme--it is simply inconceivable that they could have been planned in such a manner for the purposes of tombs, because as already stated, the designer of this plan simply could not have known, for example, how many queens tombs to build alongside each of the so-called king’s tomb generations into the future. Yet the unified plan can be easily demonstrated and would seem highly compelling.

And it must follow, therefore, that if the designer of this master plan could not have known how many pyramid-tombs to build for kings and queens far into the future, then the pyramids at Giza simply cannot be considered as tombs (at least not originally so) and that they must have been conceived and built to serve an altogether different purpose.
Scott Creighton

Gary Osborn is a writer, researcher of ancient mysteries, and coauthor of several books, including The Serpent Grail and The Shining Ones. He lives in North Devon, England.

– Graham Hancock, bestselling author of Fingerprints of the Gods