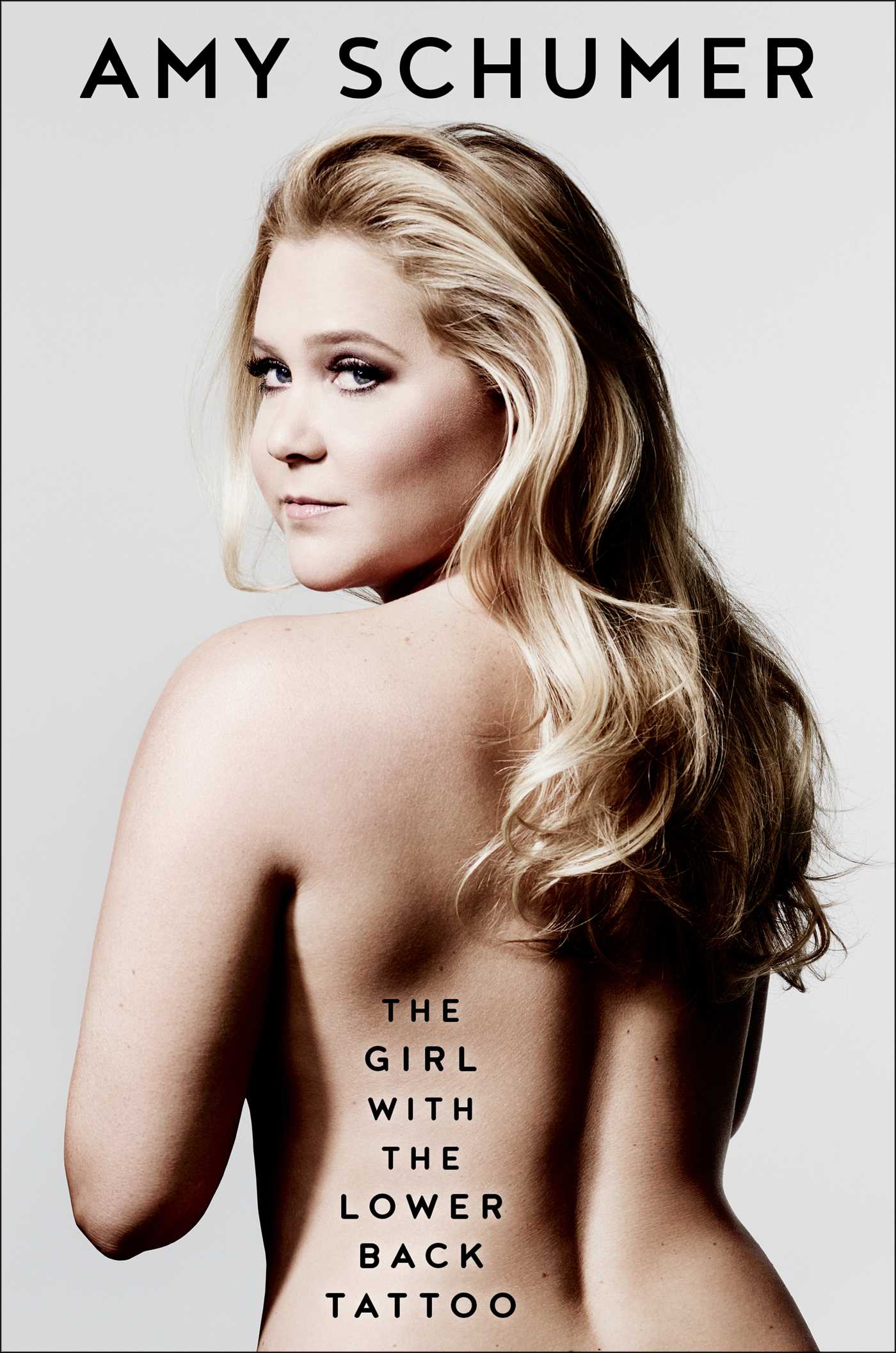 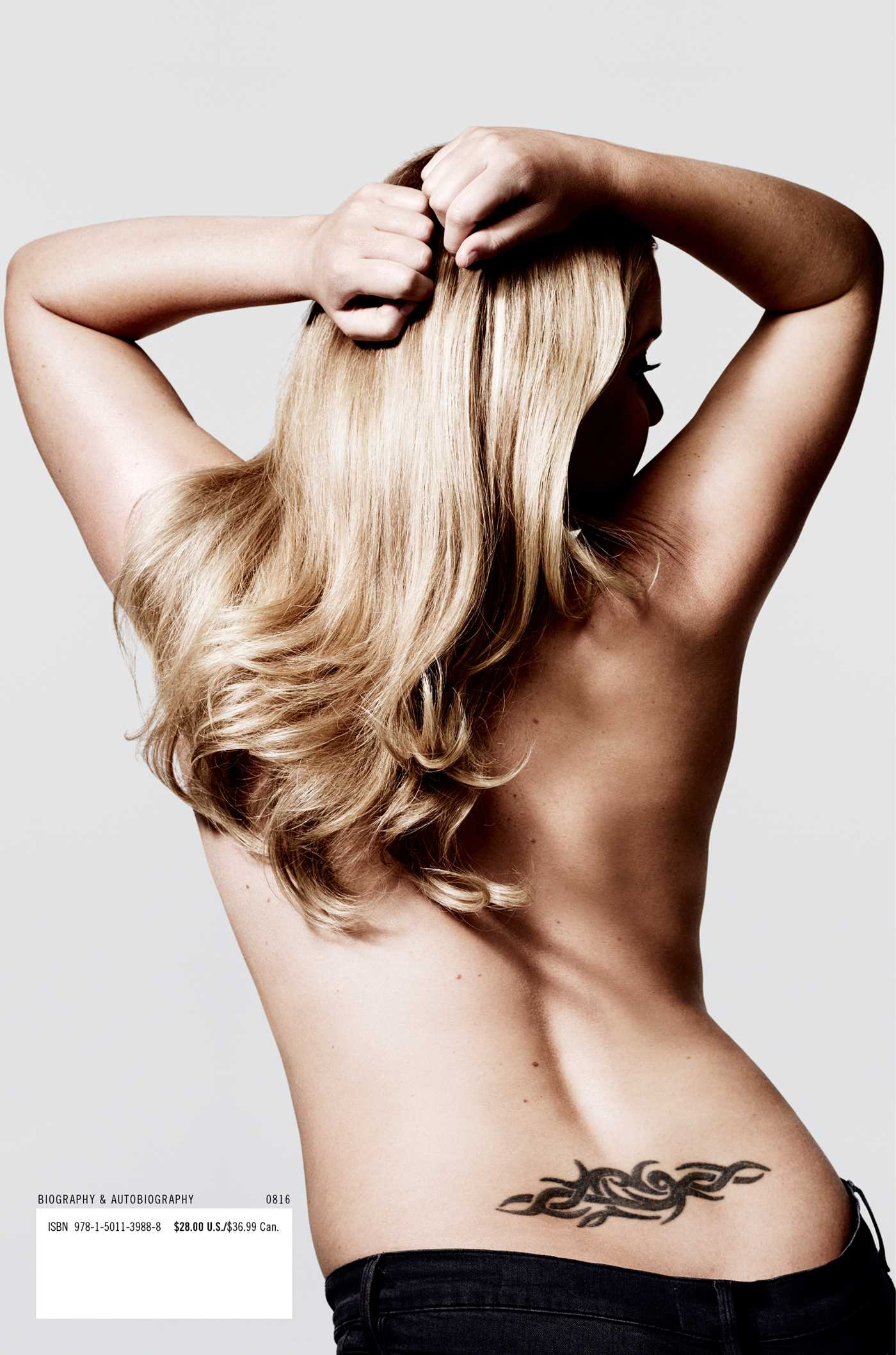 The Girl with the Lower Back Tattoo

By Amy Schumer
LIST PRICE $28.00
PRICE MAY VARY BY RETAILER

"Amy Schumer's book will make you love her even more. For a comedian of unbridled (and generally hilarious) causticity, Schumer has written a probing, confessional, unguarded, and, yes, majorly humanizing non-memoir, a book that trades less on sarcasm, and more on emotional resonance." —Vogue

"The Girl with the Lower Back Tattoo is an alternatingly meditative, sexually explicit, side-splittingly hilarious, heart-wrenching, disturbing, passionately political, and always staggeringly authentic ride through the highs and lows of the comedic powerhouse's life to date." —Harper's Bazaar

"This is your happy hour with Amy Schumer...It's Bossypants meets Trainwreck meets your long weekend." —TheSkimm

“Amy’s got your back. She’s in your corner. She’s an honesty bomb. And she’s coming for you.”
—Actress Tilda Swinton and Trainwreck co-star

The Emmy Award-winning comedian, actress, writer, and star of Inside Amy Schumer and the acclaimed film Trainwreck has taken the entertainment world by storm with her winning blend of smart, satirical humor. Now, Amy Schumer has written a refreshingly candid and uproariously funny collection of (extremely) personal and observational essays.

In The Girl with the Lower Back Tattoo, Amy mines her past for stories about her teenage years, her family, relationships, and sex and shares the experiences that have shaped who she is—a woman with the courage to bare her soul to stand up for what she believes in, all while making us laugh.

Ranging from the raucous to the romantic, the heartfelt to the harrowing, this highly entertaining and universally appealing collection is the literary equivalent of a night out with your best friend—an unforgettable and fun adventure that you wish could last forever. Whether she’s experiencing lust-at-first-sight while in the airport security line, sharing her own views on love and marriage, admitting to being an introvert, or discovering her cross-fit instructor’s secret bad habit, Amy Schumer proves to be a bighearted, brave, and thoughtful storyteller that will leave you nodding your head in recognition, laughing out loud, and sobbing uncontrollably—but only because it’s over. 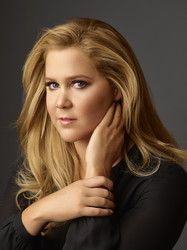 Amy Schumer has become one of the most influential figures in the entertainment industry as a stand-up comedian, actress, writer, producer, and director. Her smash hit television series, Inside Amy Schumer, has won a Peabody Award, a Critics’ Choice Television Award, and two Primetime Emmy Awards. She wrote and starred in her first feature-length film, Trainwreck, which dominated the 2015 summer comedy international box office and was nominated for two Golden Globes and won both the Critics’ Choice Award for “Best Actress in a Comedy,” and a Hollywood Film Award for “Comedy of the Year.” She earned a 2018 Tony nomination for her performance in Meteor Shower on Broadway and starred in the 2018 summer hit I Feel Pretty. As a stand-up comedian, she continues to perform to sold-out audiences around the world. Her 2016 tour was voted Pollstar’s Comedy Tour of the Year. Schumer was raised in New York City and Long Island and loves her brother and sister the very most.

"Amy Schumer's book will make you love her even more. For a comedian of unbridled (and generally hilarious) causticity, Schumer has written a probing, confessional, unguarded, and, yes, majorly humanizing non-memoir, a book that trades less on sarcasm, and more on emotional resonance."

"[An] excellent new essay collection... [The book] is, contrary to the postmodern parfait that is Schumer’s standard act, decidedly un-layered. It is Schumer, the celebrity, shedding Schumer, the schtick. It is a memoir that is also an unapologetic paean to self-love. In that, The Girl With the Lower Back Tattoo finds a new way for Schumer to be radical: It treats feminine self-confidence not in the way it is too often regarded, as a BrainyQuotable truism or an inborn gift or a fuzzy aspiration or, indeed, a source of shame, but rather as a skill like any other—something that is developed and worked at and thus, most importantly, earned... Schumer’s stories are really, particularly good."

"The Girl with the Lower Back Tattoo is an alternatingly meditative, sexually explicit, side-splittingly hilarious, heart-wrenching, disturbing, passionately political and always staggeringly authentic ride through the highs and lows of the comedic powerhouse's life to date."

"Beyond the many powerful and empowering takeaways of The Girl with the Lower Back Tattoo—from loving the hustle to self-love—perhaps the must overlooked is that of a woman's right to not only make mistakes, but to make art out of them."

"If you find yourself feeling guilty for laughing at her pain, just keep in mind she's probably laughing with you, unapologetically, in true Amy Schumer fashion."

"This is your happy hour with Amy Schumer. You'll get everything from tips on how to be a standup comedian, to the story of her one one-night stand. It's "Bossypants" meets "Trainwreck" meets your long weekend."

"A poignant yet shockingly amusing book."

"[Schumer is] a concert pianist of comedy: keeping a steady rhythm of jokes with her left hand, adding deeply political, immensely feminist flourishes with her right... [She] knows what people want her for: she knows they like her jokes, and her delivery, and her vulnerability. But she also knows what she wants them for: to read, to listen, and to understand the world as she sees it. And she might end up changing it a little before she's done."

"Schumer chronicles her life with digestible stories that impart powerful messages through a kind of logic of the opposite: she makes mistakes so that we can learn from them."

"Schumer keeps it real in The Girl with the Lower Back Tattoo. [She] is a talented storyteller... Readers will laugh and cry, and may put the book down from moments of honesty that result in uncomfortable realistic details from her life. More important, the essays challenge readers to harness their own stories and rest in the fact that they’re good enough. Experience the world. Be bold. Love your body. It’s OK to fail and make mistakes. And lower-back tattoos can only make you stronger."

"...we knew [The Girl with the Lower Back Tattoo] was going to be good. And boy, did she deliver. Sprinkled with her famous humor, Schumer's book provides comical anecdotes that makes it feel like you're chatting with your bestie while downing a pint of ice cream and bottle of wine (yes, both at the same time), while also touching on some very intimate and dark moments that may raise your eyebrows in a different way than you're used to when it comes to Schumer."

"The Girl with the Lower Back Tattoo is laugh-out-loud funny when Schumer wants it to be...but more often, it’s surprisingly honest and raw... If you’re here for humor, of course, you won’t be disappointed...But on the whole, this book is far less a portable joke factory than it is a real, deep dive into Schumer’s life, and what it’s like to be an imperfect woman and content and proud of yourself despite that."

"What [Schumer] offers here is a better, more deeply felt life-so-far book than most I've read...Schumer weaves a brave, vulnerable tale without falling into the usual celebrity traps of neediness and defense."

"Schumer takes her readers through reminiscences by relating events that have most likely happened to all of us, and she engages readers, shedding new light on her motives and practices…A hilarious and effective memoir from a woman with zero inhibitions."

"Amy Schumer bares her soul in The Girl with the Lower Back Tattoo."

"Schumer is revealing and vulnerable, but it's her willingness to be unapologetically herself that makes the book such a wonderful and engaging read."

"A hilarious and deeply emotional book."

"The comedian's essay collection isn't just bitingly funny—it's also raw, honest, and often heartbreaking. We dare you to walk away without even greater understanding and respect for Schumer."

"Some of the prose...could rival Oliver Sacks or Paul Kalanithi. The Girl with the Lower Back Tattoo would still be a success if it wasn't funny, because it is so unashamed and human."

"This book is what a selection of personal essays and letters should be, witty, sometimes casual, sometimes achingly sad but always entertaining. This rich, unashamed and slightly strange book should be on your shelf if you have ever wanted to be inside Amy Schumer's head."

“It’s hard to top the title of this essay collection, but what’s inside is best of all. Yes, Schumer is as honest and hilarious on the page as she is onstage.”

“Amy Schumer exposes herself—hilariously—in The Girl with the Lower Back Tattoo.”

“…[T]he book does contain laugh-out-loud — occasionally graphic — dating anecdotes. It’s made funnier when infused with Schumer’s vivid, occasionally stream-of-consciousness writing style… Still, make no mistake: This is not solely a breezy beach read. With little notice, the essays whiplash from hilarious to grim as Schumer lays bare some of the most traumatizing moments of her life.”

"Schumer weaves a brave, vulnerable tale without falling into the usual celebrity traps of neediness and defense...It's an exercise in either vanity or courage when a celebrity offers a self-reveal. In this case, it's mostly the latter. And even the parts that veer into the former are witty enough to make you glad you stuck around."

“In line with its genius name, The Girl With the Lower Back Tattoo tackles the arduous task of explaining how Amy Schumer of Long Island became Amy Schumer of Vogue’s cover and internet think pieces, packed with the characteristic self-effacing humor and unfiltered raunch you crave.”

The Girl with the Lower Back Tattoo

By Amy Schumer
LIST PRICE $28.00
PRICE MAY VARY BY RETAILER