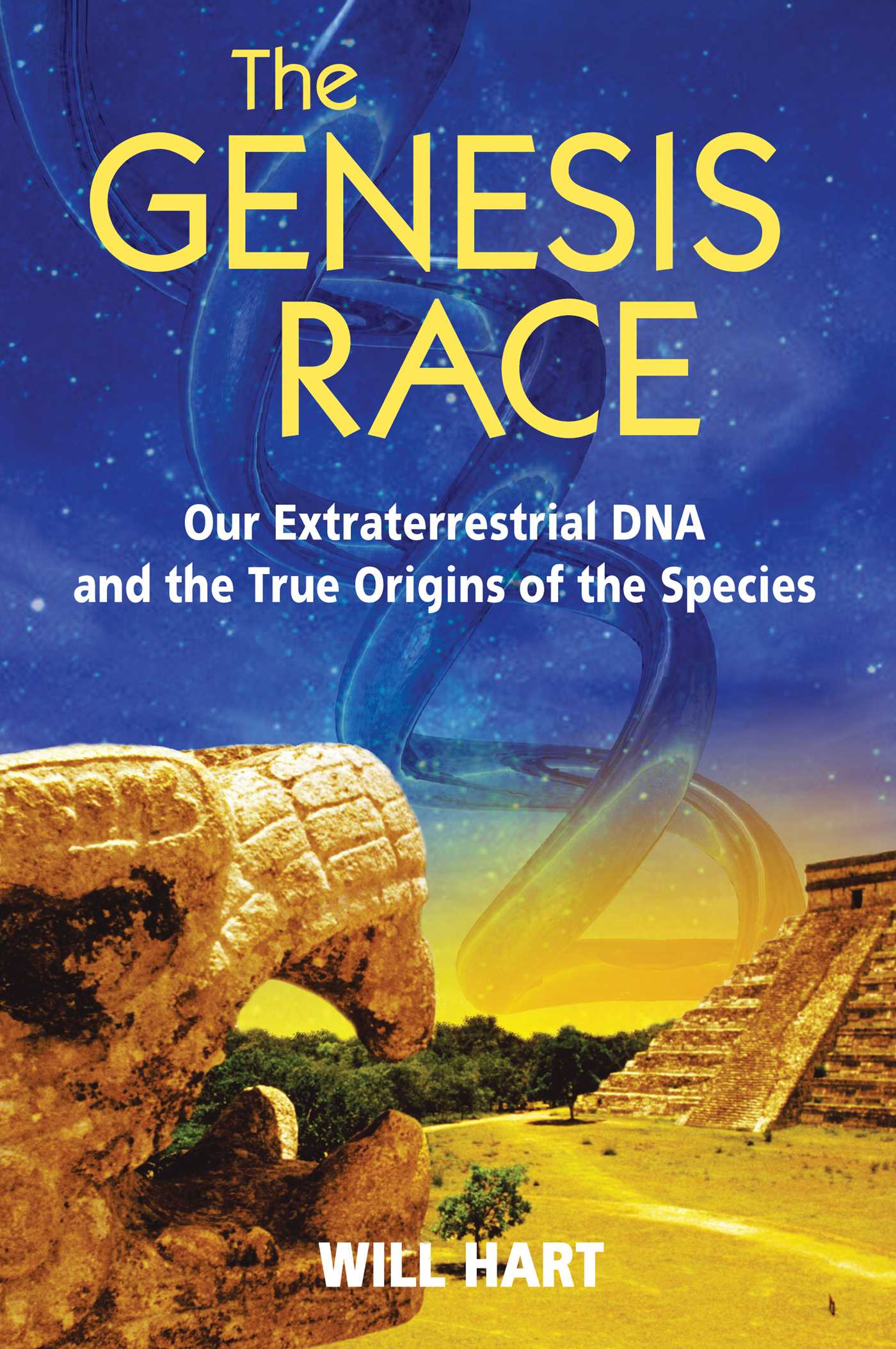 By Will Hart
LIST PRICE $12.99
PRICE MAY VARY BY RETAILER

For millennia the development of humanity showed a consistent homogenous pattern. Then suddenly, around 3000 B.C.E., great civilizations sprang up around the globe. All the creation myths of these civilizations tell of gods who came down to Earth and fashioned man in their own image, teaching them the arts of agriculture and civilized life. In addition, the dominant architectural design in Egypt, Sumeria, Peru, Mexico, and China was the pyramid, though science has never been able to explain why or where these peoples obtained the advanced technological knowledge to construct such edifices. The abruptness and similarities of these evolutionary leaps calls into question the Darwinian theory of evolution, given that there are no traces of any intermediate evolutionary forms.

Now, using the most current research on DNA, Will Hart shows that these gods were actually visitors from other worlds who genetically engineered modern humanity from the beings that then inhabited the planet. He also suggests that the Bible and other creation stories have been interpreted falsely as myth when they should have been read as history. The structures left by our ancestors were designed in accordance with precise astronomical and geodetic alignments to make them visible from outer space and to survive for thousands of years with the intent of communicating information relating to physical and temporal events. Humanity’s current stage of development has finally reached the point where the secret messages of these structures can be decoded to reveal the fate of humanity in the coming Earth changes.

from Chapter 14
The First Divine Rulers: Myth or History

What is myth? According to the American Heritage Dictionary a myth is:

1. A traditional, typically ancient story dealing with supernatural beings, ancestors, or heroes that serves as a fundamental worldview of a people.
2. A fiction or half-truth.
3. A fictitious story, person or thing.

From this widely accepted definitions it is clear that myths are to be distinguished from historical accounts and accurate records. If someone tells you that they are relating a true account and you do not accept it or dismiss it as a myth, you are basically telling them one of two things: either they are lying, or they are too naïve to know the difference between fact and fiction.

Many myths are stories handed down as part of an oral tradition and are not intended to be taken as historical fact: these are legends and folktales. All cultures have these kinds of stories. Folktales are usually easy to identify. But we have to be careful when we are told that something is a myth. The person claiming to know the real facts might not know as much as they think they do. They may have a worldview that will not permit that particular “myth” to exist as an actual historical account.

Skeptics and most scientists consider the “gods,” “angels,” and “sons of God” in the bible to be myths. Even believers and biblical scholars shy away from taking the Bible literally. However, the Bible never says that these beings are supernatural. That is a long-standing misinterpretation of what the Bible actually says. Are the accounts in the Bible folktales and myths? Or do they simply refer to a superior race of beings that once walked the earth and intervened in the affairs of humanity, as the bible indicates?

Sumer was called a “myth” for centuries until it was discovered and excavated and found to be the cradle of civilization. The Great Flood is called a myth, and yet this “mythic” account is found in more than 200 cultures all over the world. Were all of our human ancestors just ignorant, superstitious storytellers? Why would unrelated cultures invent the same story, and not just in general terms?

The Mayans, the Incans, and the Aztecs all tell of a time when a white, bearded man in a cape walked among them teaching the arts of civilization. He had different names but the accounts of his deeds are identical. He brought agriculture, tools and laws to the people. Then he and his assistants departed saying they would return one day. That has been dismissed as a myth and the man (Questzcoatl or Virachoca) has become a god in a “mythical” pantheon.

The plain fact is, western religious adherents, anthropologists and historians said these “gods” were nothing but the myths of a culture hero. Is Jesus a myth? How one culture interprets another culture’s history is relative. In Judeo-Christian cultures Christ is a historical figure. But why would these disparate cultures invent a story about a “white” man, when they didn’t know white men existed until the Conquistadors arrived? The same people that accept Christ as a historical personage reject Quetzcoatl.

Why would Montezuma all but hand over his kingdom to Cortez if he was not absolutely convinced that their history was true?

Western scholars may have spent too much time intellectualizing and abstracting the properties of myths when they should have been looking to see if they were true historical accounts. If the “gods” were, in fact, representatives of an advanced race and not references to supernatural beings or some kind of archetypical cultural figures, then we have missed the boat.

O mother! The creature you are going to name has come into being. Give it the image of gods. Mix the mud of the bottomless pit. Make his arms and legs. O mother! Announce the newborn’s destiny: That is man!

It may have been impossible to decode all this until recently. But now that we are biogenetically engineering plants and animals and soon human beings, is it so hard to decipher what the Sumerians were trying to tell us? On the whole it agrees with the Biblical account. The gods created man in their image and then instructed this embryonic race how to live. If we interpret gods to mean an advanced human race then it starts to make sense and our ancestors do not seem like imaginative children, which they certainly were not. The view of modern science tends to be incredibly patronizing.

If the gods that created man in the bible are physical, as the account infers, and they are performing a genetic cloning experiment using a proto-human in Genesis, the passages make perfect sense to us now at this stage of our own technical development. But they did not seem like anything but fantasy and supernatural intervention to prior generations that lacked our level of technology, DNA and biogenetic knowledge.

At the same time that our scientists are willing to grant that they invented the wheel, the written word and knew the planets in the solar system; they also say the Sumerians were polytheists that believed everything was a god. It is all a matter of interpretation and attitude. We find the Sumerian “god” Enki traveling around the Fertile Crescent to various places carrying out a variety of duties.

Enki appointed over each of these a god or a goddess. He then went to place the brick-god Kabta in charge of the pickaxe and the brick-mould. Enki laid the foundations, built the houses and put them under the charge of Mushdamma--the great builder Enlil.

Are these “gods” supernatural beings or are they physical beings that the Sumerians knew were superior and therefore referred to them as gods? Are Kabta and Enki spirits or men in charge of supervising workers on large-scale projects? We have to keep in mind that the Sumerians attributed their civilization to these beings.
Will Hart

"The myths are not just stories but seem to be much closer to the truth than generally believed."

". . . fascinating historical and archaeological information, related in a scholarly yet reader-friendly prose."

"Refreshing view-point that elegantly melds science and philosophy. . . Will Hart delves into the creation stories of various world cultures."

"To anyone new to the subject, it will be a major revelation. Good solid research without wild speculation . . ."

By Will Hart
LIST PRICE $12.99
PRICE MAY VARY BY RETAILER