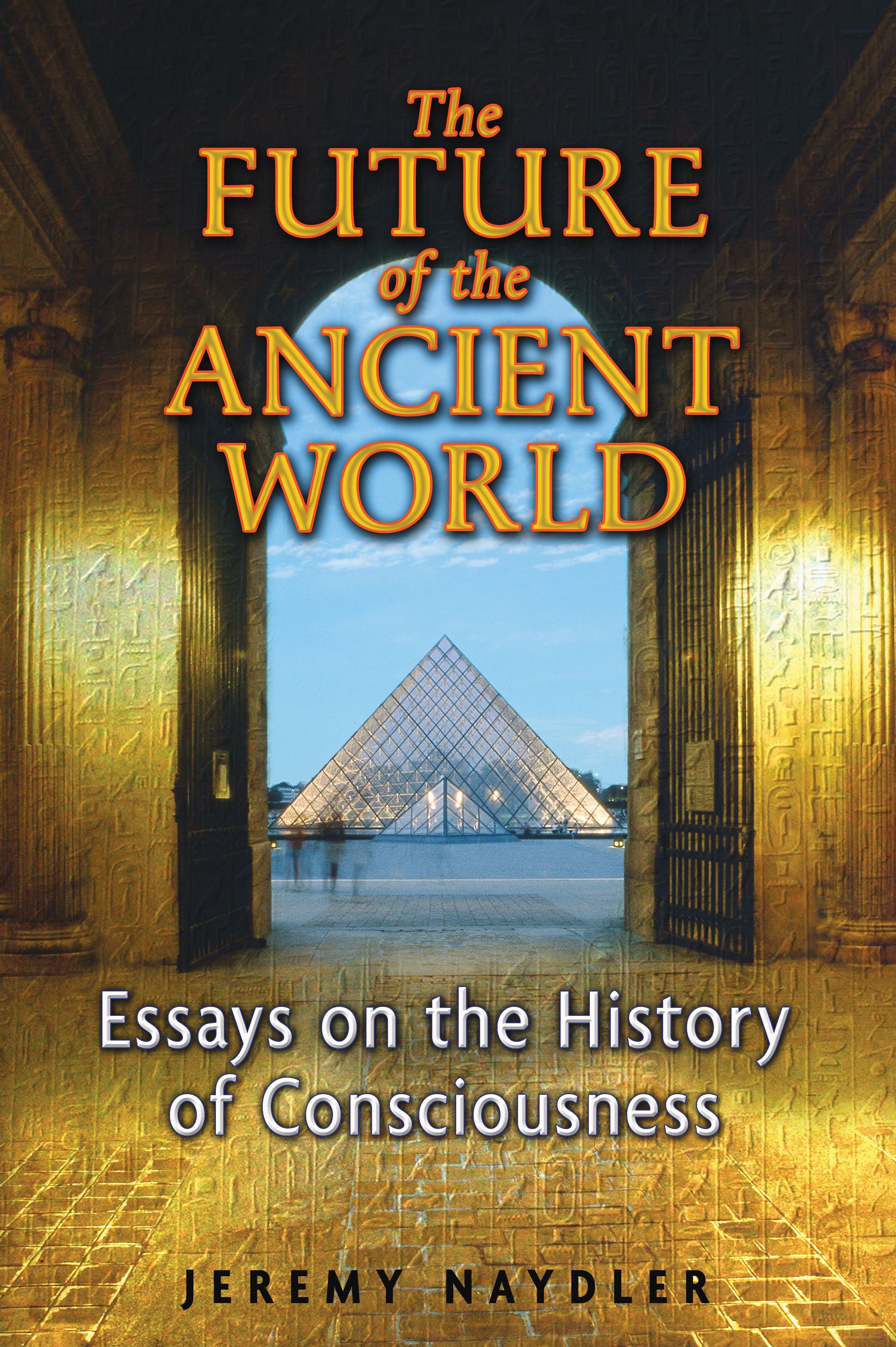 • Shows how scientific consciousness, which gives primacy to the sense of sight, estranged us from the participatory spiritual consciousness of antiquity

The Future of the Ancient World sheds new light on the evolution of consciousness from antiquity to modern times. The twelve essays in this book examine developments in human consciousness over the past five thousand years that most history books do not touch. In ancient times, human beings were finely attuned to the invisible world of the gods, spirits, and ancestors. Today, by contrast, our modern scientific consciousness regards what is physically imperceptible as unreal. Our experience of the natural world has shifted from an awareness of the divine presence animating all things to the mere scientific analyses of physical attributes, a deadened mode of awareness that relies on our ability to believe only in what we can see.

In these richly illustrated and wide-ranging essays that span the cultures of ancient Egypt, Mesopotamia, Greece, Rome, and the early Christian period, Jeremy Naydler shows how the consciousness that prevailed in ancient times may inspire us toward a future in which we once again reconnect with invisible realms. If the history of consciousness bears witness to the loss of visionary and participatory awareness, it also shows a new possibility--the possibility of developing a free and objective relationship to the spirit world. Naydler urges us not only to draw inspiration from the wisdom of the ancients but to carry this wisdom forward into the future in a renewed relationship to the spiritual that is based on human freedom and responsibility.

THE RESTITUTION OF THE EAR

This essay traces the historical process by which the sense of sight usurped the sense of hearing as the primary metaphor of human mental functions. It argues that through the reinstatement of listening rather than looking as the basis of our model for relating to the world, it becomes possible for a more open, responsive, and participative relationship with nature to arise.

The essay is based on a talk given for the Oxford Centre for Human Relations entitled “The Seeing and Listening Mind.”1

IN QUEST OF THE MIND'S EAR

We have become so accustomed to thinking of our mental processes under the metaphor of the sense of sight that we scarcely notice we do it--let alone reflect on its significance. Words abound in our vocabulary, which express functions of the mind in terms of visual functions: we have “views,” we “look” at things from a certain “perspective,” we “speculate,” we “focus” on some issue, are “short-sighted,” “far-sighted,” or even “visionary,” and when we have gained “insight” into someone’s “point of view” we “see” what they mean.

Why is it that the sense of sight has assumed this role of the model on which we tend to represent to ourselves the workings of our minds? What is the deeper meaning of the fact that our modern Western consciousness finds in the visual experience--rather than the experience of touch, taste, smell, or hearing--the one that most closely approximates our experience of thinking and understanding?

For it has not always been so. In the ancient civilization of Sumeria, it would seem that the ear was felt to be the sense organ that corresponded in its functioning most closely to that of the mind. Enki, the Sumerian god of wisdom, who was said to know all things, was described as “he whose ears are wide open.” And when the great goddess Inanna contemplated her initiatory journey into the Underworld, we read that she “opened her ear to the Great Below.”

Whereas for us the sensory metaphor most often associated with wisdom is “far-sightedness,” implying a practical ability to plan effectively for the future, for the Sumerians the equivalent expression would have been “depth of ear,” implying a more contemplative, more inward attunement to the spiritual forces active in the present. The image evoked by the expression “far-sightedness” is that of a commanding hilltop view of a landscape spread out before the “mind’s eye”; the image that the expression “depth of ear” gives rise to is that of the still, silent waters of a lake or well below the earth’s surface, which--appropriately--were the abode of Enki, god of wisdom.

In ancient Egypt, too, a comparable association was made between the ear, or the act of hearing, and our mental faculties. In the Old Kingdom Instructions of Ptahhotep, we read how

The fool who does not hear can do nothing at all.
He sees knowledge in ignorance.6

He who hears is beloved of God,
he whom God hates does not hear. 7

Whereas the eye shows us the surfaces of things--their extension in space, their form and color--the ear reveals to us that which is hidden from the eye. The ear, unlike the eye, is physiologically a very internal organ; and what is expressed in sound pertains more to the inner nature of a thing or creature. The sound an animal makes gives us an experience of what is happening in its soul, which no amount of looking would communicate to us.

In listening, the mind must quiet itself to a point of stillness and attentiveness. Listening is a receptive, participative activity in which we allow certain qualities of the being to whom we are listening to resound within us. The functioning of the eye is quite different. Instead of this built-in contemplative quality, there is a kind of pragmatism entailed by the eye’s demand for distance between us and the object of our gaze. The eye asks us to engage in a practical, instrumental relationship to the world, whereas the ear seems to invite us to overcome our separation from objects that the eye locates “out there” and to involve ourselves with them in a more participative form of knowing.

THE RISE OF THE EYE

It was the Greeks who first introduced the eye as the primary metaphor of mental functions. Already, in Homer, we begin to suspect as much when the “bright-eyed” Athena intervenes in the thought processes of various heroes. In chapter 1 of the Iliad she causes Achilles to reflect instead of following his initial violent impulse to attack Agamemnon; and it is significant that it is she who is the deity closest to the wily Odysseus, inspiring him with his clever plans. Athena’s symbolic animal was, aptly enough, the wide-eyed owl.

The genius of the Greek language is still more revealing than its mythology, especially as the former evolved to accommodate more abstract and philosophical concepts. By the fourth century BC, the verb idein was used equally to express seeing and knowing, the congruence of meaning being so complete that the past oida was used both in the sense of “I have seen” and “I know.” For the Greeks, when one has seen, one knows. This coalescence of meaning was retained in the derivative noun idea, which expressed both the inner nature of a thing (what kind of thing it is) and its visible form or appearance. Similarly the noun theoria denoted both contemplation and beholding or observing. Its verb, theorein, was employed to describe both the activity of spectators at public games and festivals and that of the philosopher.8 Clearly, for the Greeks the activity of thinking was felt to imply a distancing of self from object similar to that which arises between observer and observed in the exercise of the sense of sight.
Jeremy Naydler

Jeremy Naydler, Ph.D., is a philosopher who specializes in the religious life of ancient cultures. He is a Fellow of the Temenos Academy and author of Temple of the Cosmos, Shamanic Wisdom in the Pyramid Texts, The Future of the Ancient World, and Goethe on Science. He lives in Oxford, England.

“Naydler makes the ancient texts and symbols come alive for us. Where other writers leave us confused, he brings clarity to difficult notions about the hidden side of existence.”

– Georg Feuerstein, author of The Quest

". . . full of rich insights into history and culture that enable us to understand our own story and decide which elements need to be carried forward into the future."

– The Scientific and Medical Network, March 2010

"This collection of essays is packed full of gems and amazing insights, and it's certainly a book I will re-read and use for reference."