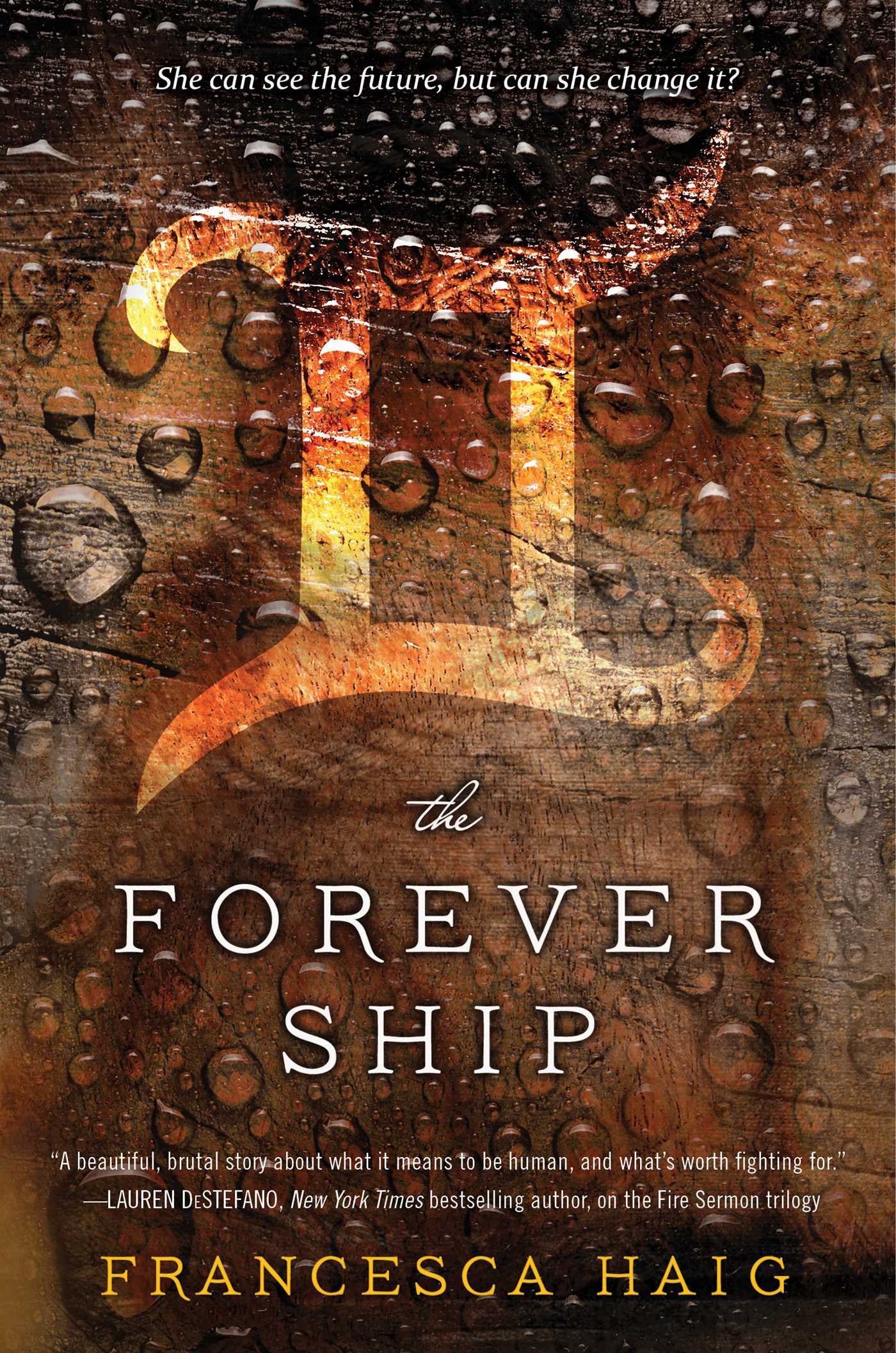 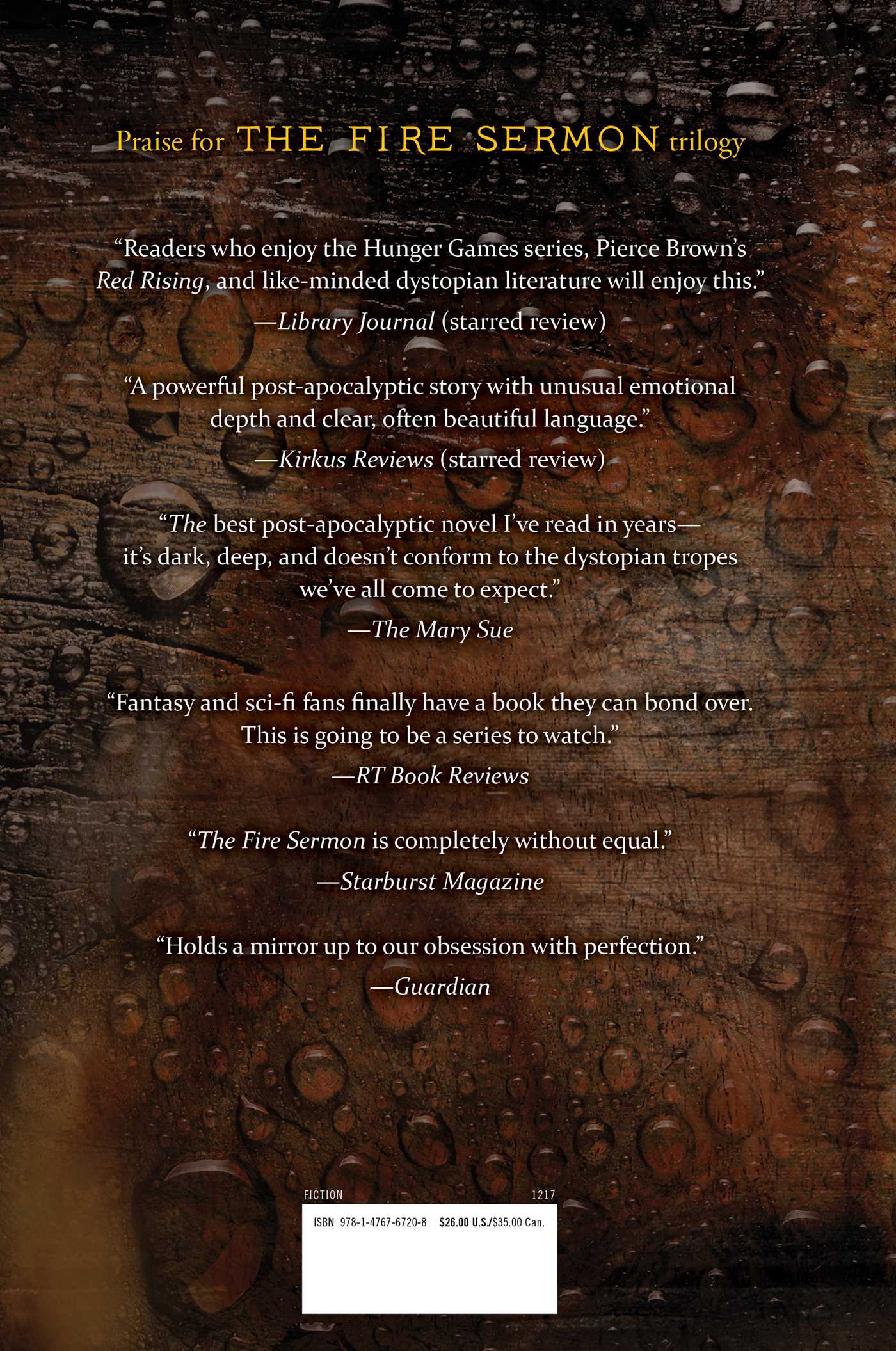 Part of The Fire Sermon
By Francesca Haig
LIST PRICE $26.00
PRICE MAY VARY BY RETAILER

The apocalypse has come and gone, and now every person is born a twin: one a strong Alpha, one a mutated Omega.

The Omegas live in segregation, cast out by their families as soon as their mutation becomes clear. Forced to live apart, they are ruthlessly oppressed by their Alpha counterparts. The only thing that keeps the Alphas at bay is the fact that whenever one twin dies, so does the other.

In this thrilling conclusion to The Fire Sermon trilogy, Cass, Piper, and Zoe have discovered that Elsewhere exists, and it’s more real and more complicated than any of them could have imagined. Now, they must race to prevent the Alphas from destroying what might be the only salvation for the Omegas.

The end to their lifelong discrimination is in sight, but before she can be free, Cass must overcome her loyalty to her Alpha twin, Zach, her most dangerous enemy. But if they’re not careful, both will die in the struggle for power.

Francesca Haig grew up in Tasmania, gained her PhD from the University of Melbourne, and was a senior lecturer at the University of Chester. Her poetry has been published in literary journals and anthologies in both Australia and England, and her first collection of poetry, Bodies of Water, was published in 2006. In 2010 she was awarded a Hawthornden Fellowship. She is also the author of the Fire Sermon series, which includesThe Fire Sermon, The Map of Bones, and The Forever Ship. She lives in London with her husband and son. Visit FrancescaHaig.com and follow her on Twitter @FrancescaHaig.

“A powerful post-apocalyptic story with unusual emotional depth and clear, often beautiful language, this is one genre fans won't want to miss.”

– Kirkus Reviews (starred review) on THE MAP OF BONES

“Thrilling, emotionally engaging, booby-trapped with some incredibly inventive twists and turns and some excellent action sequences and, from beginning to end, it is intensely moving…Francesca Haig’s writing is exquisite, loaded with turns of phrase and lines of dialogue that are so perfect and so beautifully realized, it reminds us how powerful the written word can be…You have got to read these books, they are storytelling at its absolute finest.”

– Starburst Magazine on THE MAP OF BONES

"With captivating storytelling and an equally captivating heroine in Cass, Haig’s latest in her Fire Sermon trilogy truly excites. An intricately crafted plot with intense conflict and distinctive, flawed characters make this story hard to put down."

"As an award-winning poet, Haig's prose is gorgeous and engaging, particularly when she describes the desolate landscape, now peppered with ruins from the Before. Fans of dystopias will appreciate this adventure-filled yet character-focused tale that offers hope and explores (in a refreshingly nuanced way) the moral complexities involved in defeating an oppressive and backward government structure."

"Haig ties up the key threads of the story of overthrowing oppression in a messy but satisfying knot. Cass’ narrative voice, and her approach to the increasingly difficult decisions she must make, drives the story quite effectively."

Part of The Fire Sermon
By Francesca Haig
LIST PRICE $26.00
PRICE MAY VARY BY RETAILER