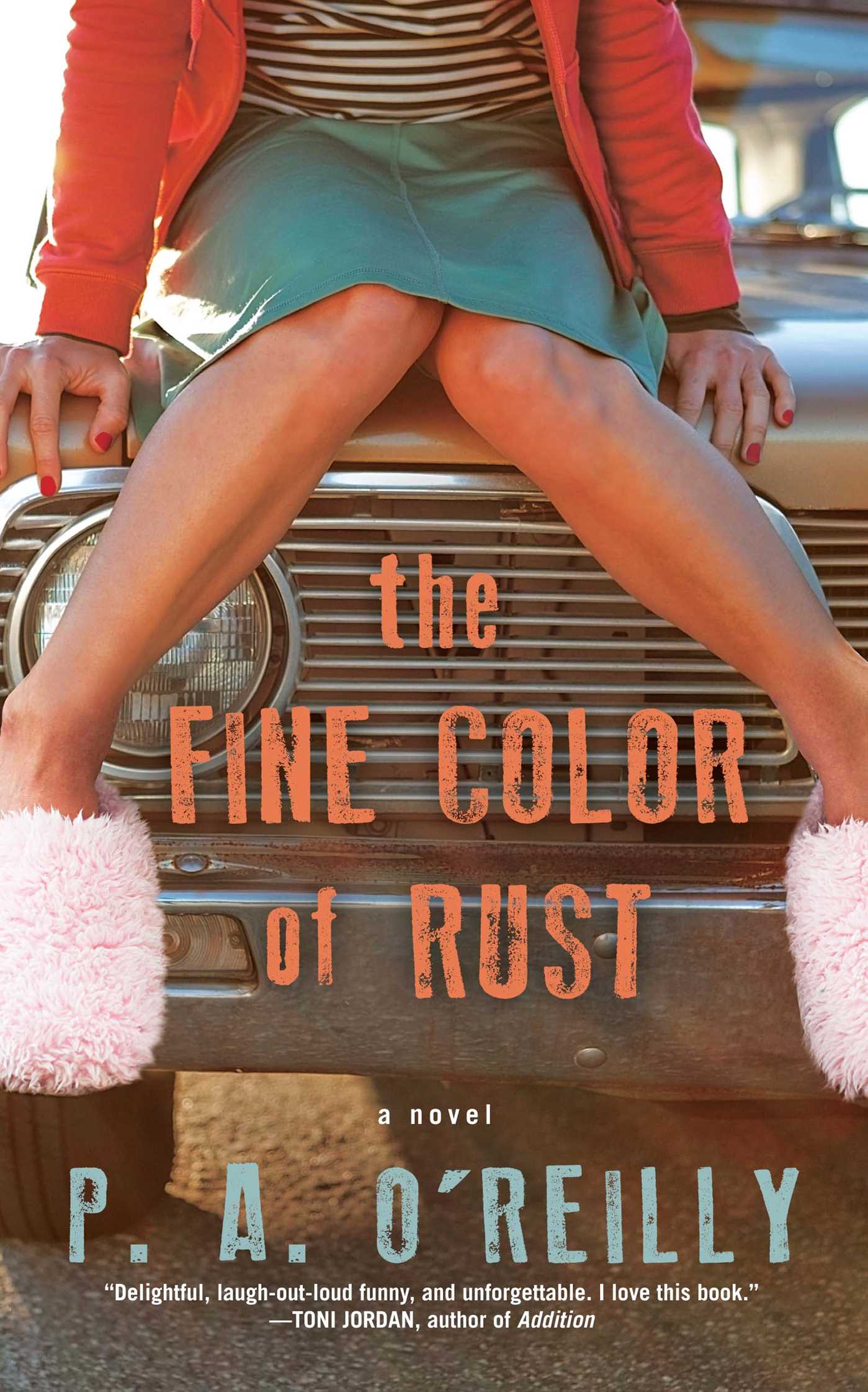 By Paddy O'Reilly
LIST PRICE $14.99
PRICE MAY VARY BY RETAILER

Set in the Australian bush, a wryly funny, beautifully observed novel about friendship, motherhood, love, and the importance of fighting for things that matter.

Loretta Boskovic never dreamed she would end up a single mother with two kids in a dusty Australian country town. She never imagined she’d have to campaign to save the local primary school. She certainly had no idea her best friend would turn out to be the crusty old junk man. All in all, she’s starting to wonder if she took a wrong turn somewhere. If only she could drop the kids at the orphanage and start over . . . But now, thanks to her protest letters, the education minister is coming to Gunapan, and she has to convince him to change his mind about the school closure. And as if facing down the government isn’t enough, it soon becomes clear that the school isn’t the only local spot in trouble. In the drought-stricken bushland on the outskirts of town, a luxury resort development is about to siphon off a newly discovered springwater supply. No one seems to know anything, no one seems to care.

With a dream lover on a Harley unlikely to appear to save the day, Loretta needs to stir the citizens of Gunapan to action. She may be short of money, influence, and a fully functioning car, but she has good friends. Together they can organize chocolate drives, supermarket sausage sizzles, a tour of the local slaughterhouse—whatever it takes to hold on to the scrap of world that is home. Warm, moving, and funny, The Fine Color of Rust is “a story about love: where we look for it, what we do with it, and how it shows up in the most unexpected packages” (Big Issue, Australia).

By clicking 'Sign me up' I acknowledge that I have read and agree to the privacy policy and terms of use. Free ebook offer available to NEW US subscribers only. Offer redeemable at Simon & Schuster's ebook fulfillment partner. Must redeem within 90 days. See full terms and conditions and this month's choices.
This reading group guide for The Fine Color of Rust includes an introduction, discussion questions and ideas for enhancing your book club. The suggested questions are intended to help your reading group find new and interesting angles and topics for your discussion. We hope that these ideas will enrich your conversation and increase your enjoyment of the book.

Loretta Boskovic is a woman struck with the Gunapan curse—her husband, Tony, ran off after ten years, leaving her with only two resources to bring up her children in this small Australian town: a part-time job and a robust sense of humor. When the government threatens to shut down Gunapan’s only school, Loretta leaps into action to rally the community around the cause. And when she and her unlikely friend, the old junk man Norm, sense suspicious activity within the city council, Loretta finds her way through the corruption to uncover the real truth. She may be short on money, influence, and glamorous outfits, but with the help of her devoted friends and unflagging spirit, Loretta is ready to defend the true beauty of her imperfect home.

1. O’Reilly describes the Japanese word sabi in the book’s epigraph as “the simple beauty of worn and imperfect and impermanent things.” How does this theme manifest itself in The Fine Color of Rust?

2. What are your first reactions to Gunapan as a community? Consider the positive aspects of the town (everyone knowing everyone else, people helping each other, a sense of all being “in the same boat”) as well as the negative ones (economic depression, drought, welfare dependency). In your opinion, what is the value of a small town or community? Consider where you live and how you participate in your local community in your response.

4. Loretta has frequent fantasies of transformation: “The pudge has magically fallen from my hips and I’m wearing a long, slinky silk dress. I’m in the function room of the golf course, tossing my newly blond-streaked hair and full of ennui or some other French feeling . . .” (p. 75) Will she ever do anything about these fantasies? Why do we have fantasies like this? Are they helpful, or do they only make us long for things we can never have?

5. When Loretta reads her “List of Pleasing Things” aloud in writing class, it’s clear that her pleasing things are completely different from those of the other women. Is this a reflection of their different backgrounds? Is it a matter of working class versus upper class? Do you think the other women are being perfectly honest in their lists?

6. Loretta says her sister Tammy “thinks her wealthy lifestyle exemplifies cultured good taste and mine has degenerated into hillbilly destitution, whereas I think Tammy is living a nouveau riche nightmare while I represent a dignified insufficiency.” (p. 54) Whose version do you agree with? Why?

7. What do you think was the real cause of Melissa and Jake’s bullying behavior? Did Loretta do the right thing in the way she tried to short-circuit the bullying? Have you or members of your family ever been bullied? Or have you been the bully? What makes people become bullies?

8. Loretta’s sister Patsy says, “You’ve got no reason to stay here [in Gunapan]. . . . That bastard’s not coming back and the kids are young enough to move schools. Mum’s gone to the Gold Coast, so she won’t bother you. Come back to the real world.” (pp. 61–62) Why do you think Loretta chooses to stay in Gunapan?

9. Most of the residents of Gunapan seem pleased and excited about the resort development. Why do you think they want the resort? Discuss the tension between gritty authenticity and out-of-reach luxury in The Fine Color of Rust.

10. When Loretta jokes about dropping her kids off at the orphanage, she’s expressing the feelings most parents have at some point: of being overwhelmed, exhausted, frustrated. She is also fiercely protective of her children. What do you think of the way motherhood is portrayed in the book?

11. Loretta’s mom offers the following advice: “[You] should give up that political hocus-pocus you’ve got yourself into. Put your energy into finding a partner and a father for those children.” (p. 57) What do you think is the best use of Loretta’s energy, for herself, for Melissa and Jake, for the community? Whose needs are most important for Loretta to meet?

12. For both Loretta and Norm, humor is one of the ways they deal with adversity and pain. (Loretta also gets assistance from a dose of chocolate.) Do you think humor makes life easier or harder? How do you cope in difficult times?

13. What is the greatest injustice in The Fine Color of Rust? The greatest moment of justice restored?

1. Write out your own “List of Pleasing Things” and bring it to your book club meeting. Read them aloud. Do you tend toward poetic, intangible things or simple, downto- earth items? What do you think your list of “pleasing things” says about you as an individual? Were you surprised by any of your fellow book club members’ lists?

2. Loretta is a firm believer in the power of local organization and fighting for the underdog. According to Loretta, “No one cares about us in the small towns. We have to fight or we’ll go under.” (p. 184) Channel Loretta’s energy for change in your book club and spend an afternoon working together for a local cause that you all believe in. This could range from volunteering at a school, a shelter, or a residential care facility to canvassing or making phone calls for a local political or nonprofit organization. How does spending time in your community change your relationship to or perspective of your surroundings?

3. The local natural water resources are very important to Gunapan’s community. What natural resources play a similar role in your community? Take a trip with your book club members to a local park. Consider packing a picnic, bringing some sports gear, or dusting off your camera and binoculars and taking some time to appreciate the outdoors together. To browse National Parks by state, visit en.wikipedia.org/wiki/List_of_national_ parks_of_the_United_States. If you don’t live near a National Park, try searching the National Park Service’s state-by-state registry of places to visit instead: www.nps .gov/communities/states.htm. 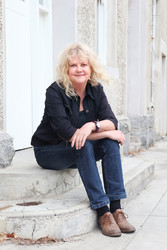 Paddy O’Reilly is the award-winning author of the novels The Factory and The Fine Color of Rust, as well as the short story collection The End of the World. She lives in Victoria, Australia. Find out more at PaddyOReilly.com.au or follow her on Twitter @Paddy_OReilly.

“Delightful, laugh-out-loud funny, and unforgettable. I love this book.”

“I adored The Fine Color of Rust. It’s funny, irreverent and highly entertaining. I was sad to finish it, and I still miss Loretta!”

“Loretta is one entertaining, compelling narrator, funny and self-deprecating, with an acerbic wit and occasional histrionics that belie a deep love of the people around her, whether she likes them or not.... A truly moving surprise at the end reveals O’Reilly’s point all along, that there is value in things that don’t cost anything and true beauty in a pile of junk.”

“O'Reilly's tale of a backwater Australian town seen through the eyes of Loretta Boskovic, who struggles to make ends meet and do good for her community, is hilarious and tenderly moving.”

By Paddy O'Reilly
LIST PRICE $14.99
PRICE MAY VARY BY RETAILER