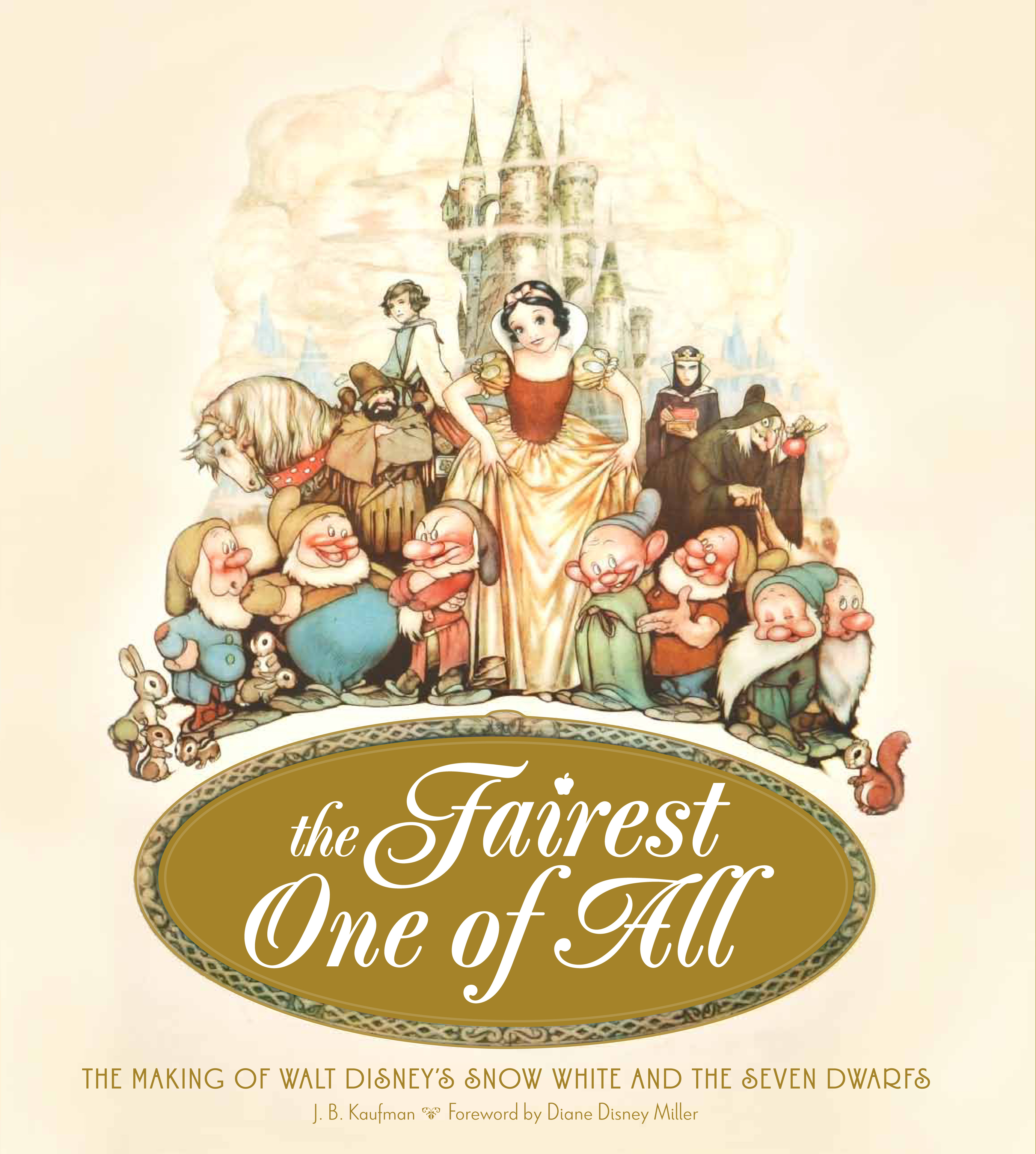 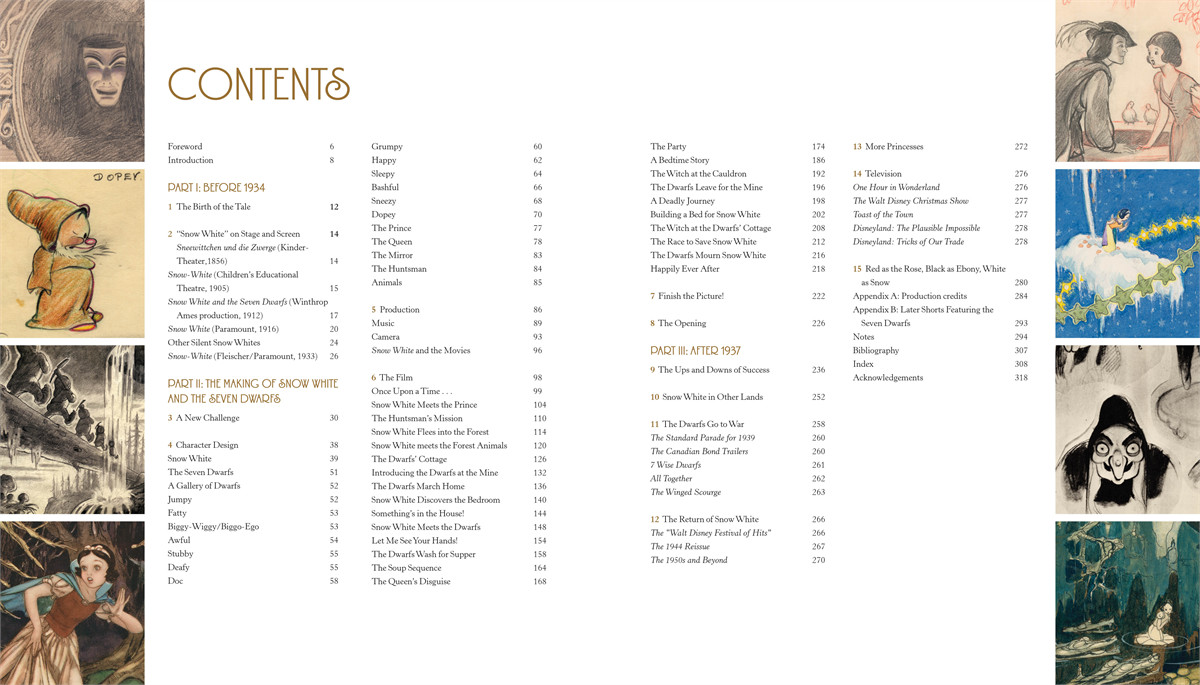 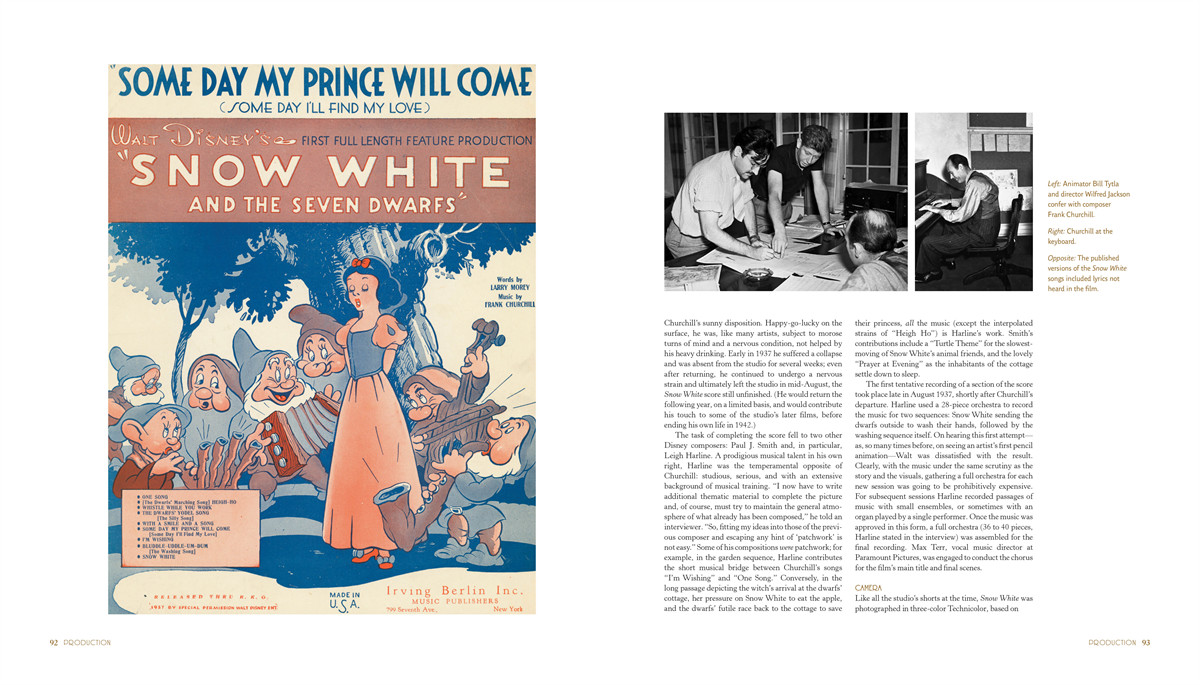 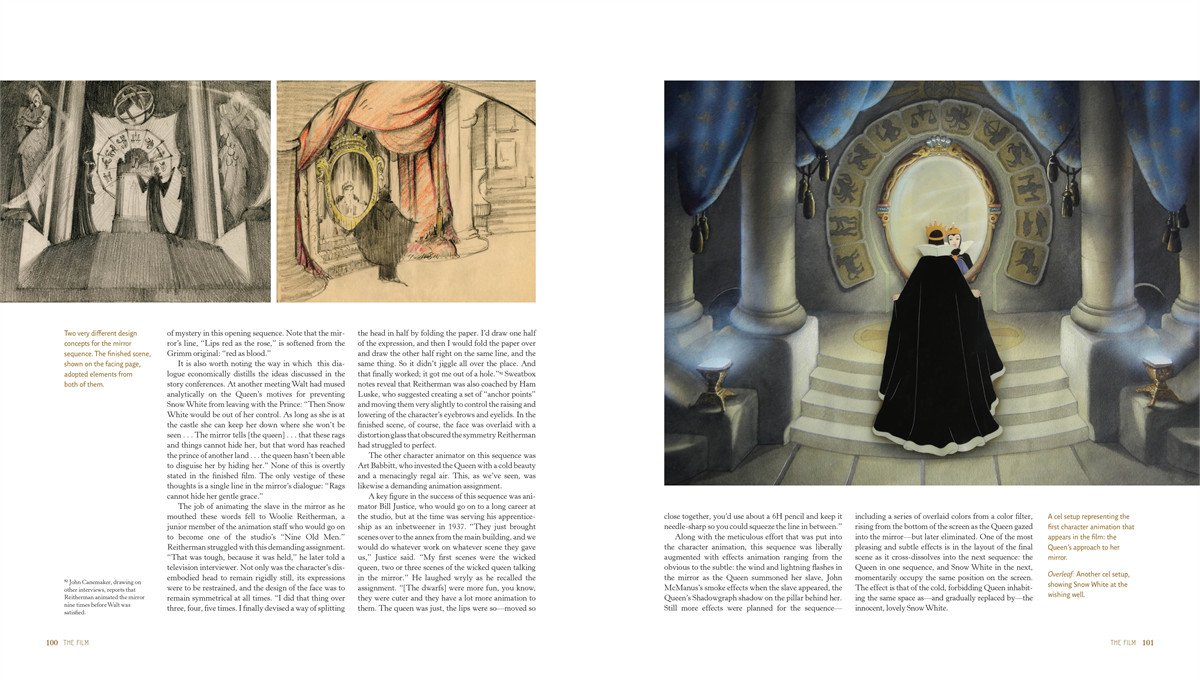 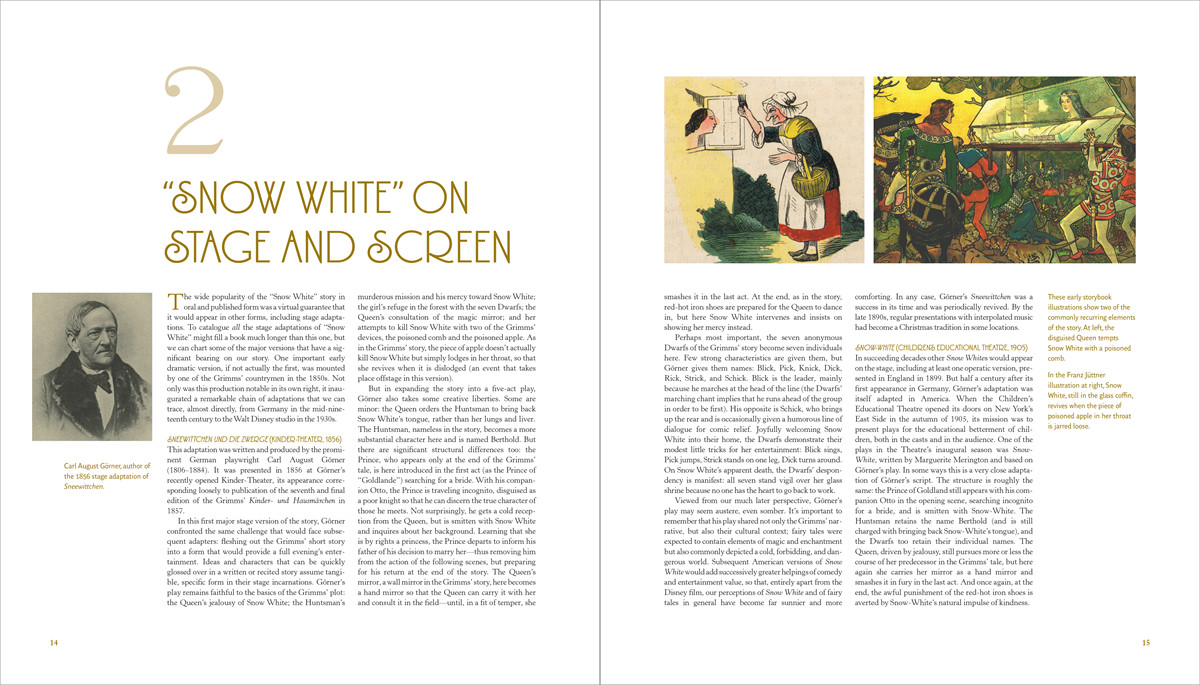 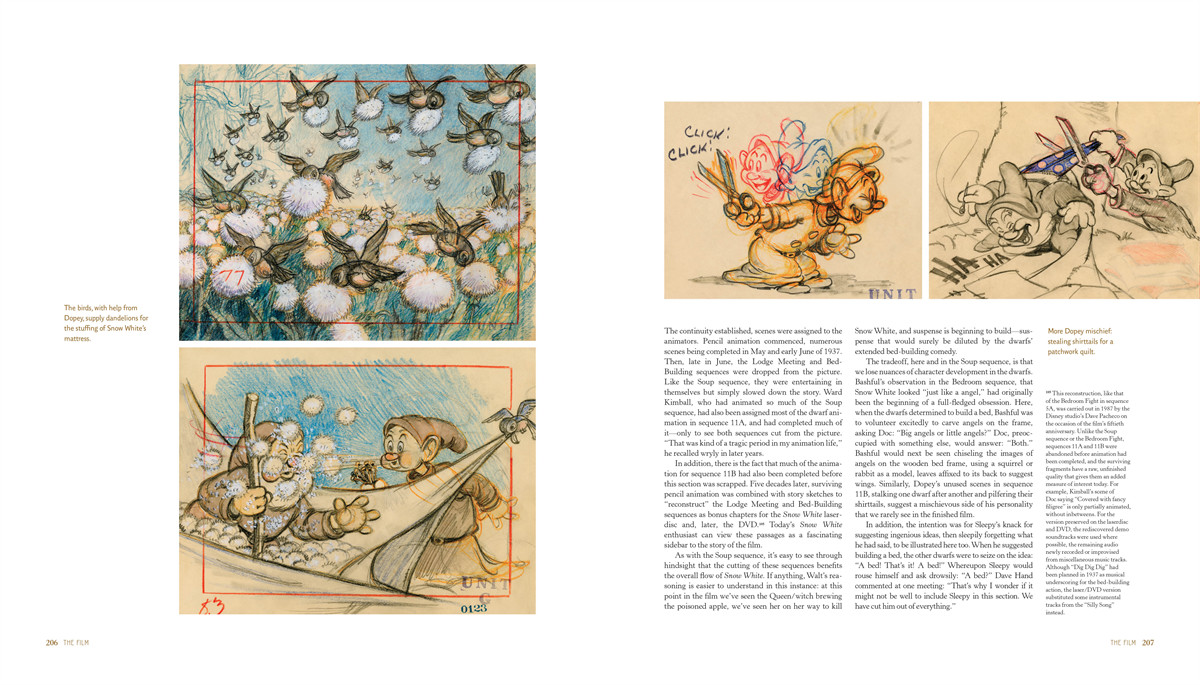 The Fairest One of All

The Making of Walt Disney's Snow White and the Seven Dwarfs

In 2012 Disney celebrated the 75th anniversary of the Snow White movie, a beloved classic and an important milestone in film history. This book, created with the Walt Disney Family Foundation, run by Walt’s daughter, is an exploration of the making of the film that includes never-before-published facts and art.

The Fairest One of All won the award for Best Animation Book at the 2012 A113Animation Awards.

Walt Disney’s Snow White and the Seven Dwarfs was first shown to a theatrical audience in December 1937 and brought overwhelming, joyous applause from a house full of hardened film-industry professionals. In subsequent months it would open around the world, happily acclaimed by audiences and critics everywhere as one of the best films of the year, if not the decade.

From today’s perspective, its stature is even greater—named as one of the best movies of all time by the American Film Institute, and still beloved by children and adults around the world, Snow White can be seen as the flowering of an all-too-brief Golden Age of animation as well as a fascinating document of its time.

Such a level of artistic achievement doesn’t happen by accident. Walt Disney and a staff of exceptionally talented artists labored over Snow White for four years, endlessly working and reworking their scenes to achieve an ever higher standard. The result, as we know, was magnificent and game-changing for the Disney Studios and, indeed, for the art of animation itself.

This book is the first to reconstruct that process in exacting detail, with the loving attention it deserves from an internationally noted film scholar. Author J.B. Kaufman spent years researching the film’s history, interviewing participants, and studying the marvelous archival art that appears in these pages. The result is a work that can be appreciated equally as a piece of film history and as a collectable art book, a joy for anyone who loves film, animation, and the magical world that Walt Disney created.

"Walt Disney's Snow White and the Seven Dwarfs is one of the true landmarks of film history. JB Kaufman's book The Fairest One of All is by far the most complete telling yet of the making of this spectacular film, which paved the way for a medium and industry that has been healthy and vibrant for 75 years. Filled with phenomenal stories, details, and artwork, this book is a treasure equal to that of the movie itself. If you love Snow White, Disney, or animation, this book is a must-have."

"It’s fair to call this the definitive study of Walt Disney’s landmark animated feature, not only because Kaufman, a meticulous film historian, has dug deeper (and longer) than anyone else into that history, but because he’s made connections few others have pursued: the origins of the fairy tale, the impact that the 1916 silent feature had on Walt Disney (even locating a photo of it star, Marguerite Clark, visiting Walt in the 1940s), the genesis of each sequence in the picture, the merchandising it generated, its continuing success in theatrical reissues, and the reuse of the Dwarfs in a handful of wartime short subjects."

"Snow White and the Seven Dwarfs was the one that started it all, setting such a high bar that animated films today still struggle to match its creative and technical artistry. As this thoroughly researched book reveals, its success was no accident. No detail was too small to escape the scrutiny of Walt Disney and his staff. J.B. Kaufman provides a jackpot of information and stories about the amazing people who made this pioneering film."

– Pete Docter, Academy Award-winning Director of Up and Monsters, Inc.

"A tour de force of historical research and insightful writing about the making of one of the greatest films ever! The text of author J.B. Kaufman's gorgeously illustrated book is comprehensive, scholarly, and entertaining, filled with myriad details about Snow White, from folk tale to film and beyond."

– John Canemaker, Academy Award-winning Director of The Moon and the Son

The Fairest One of All

The Making of Walt Disney's Snow White and the Seven Dwarfs