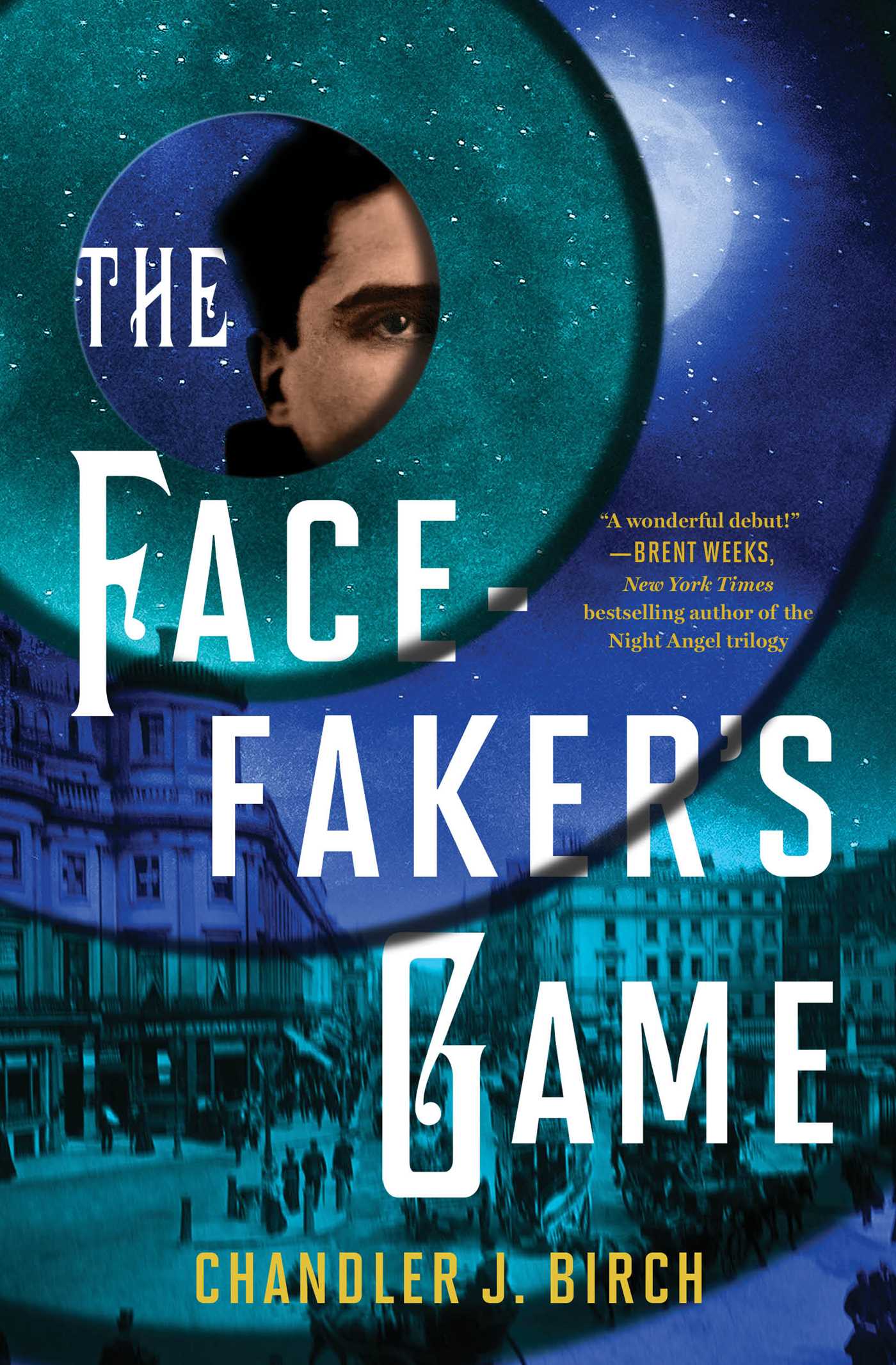 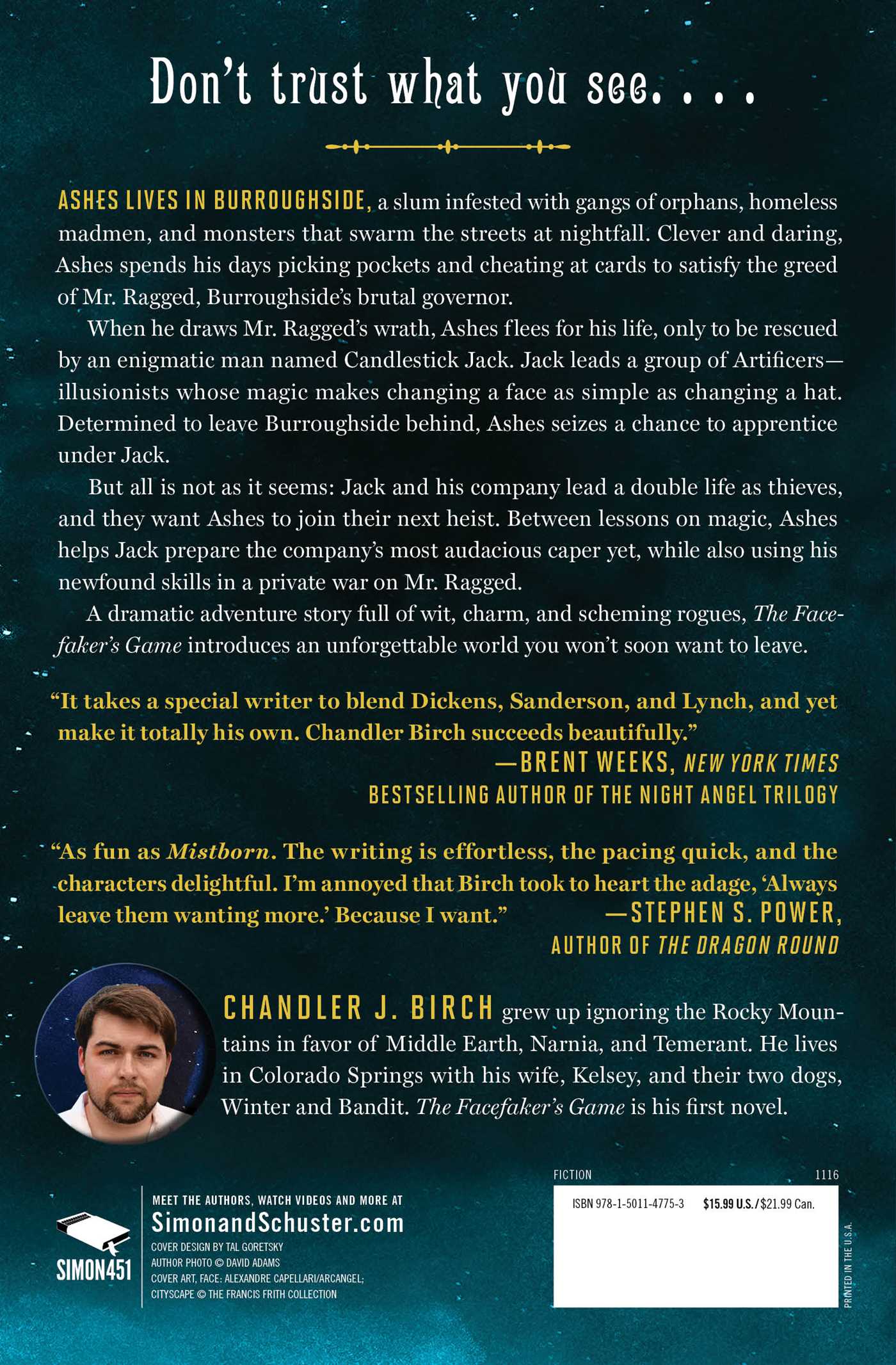 For fans of Brandon Sanderson and Scott Lynch, a fantasy about a clever young beggar who bargains his way into an apprenticeship with a company of thieving magicians and uses his newfound skills in a vendetta against a ruthless crime lord.

Ashes lives in Burroughside—the dirtiest, most crime-ridden district in the huge city of Teranis. His neighbors are gangs of fellow orphans, homeless madmen, and monsters that swarm the streets at nightfall. Determined to escape Burroughside, Ashes spends his days begging, picking pockets, and cheating at cards. When he draws the wrath of Mr. Ragged, Burroughside’s brutal governor, he is forced to flee for his life, only to be rescued by an enigmatic man named Candlestick Jack.

Jack leads a group of Artificers, professional magicians who can manipulate light with their bare hands to create stunningly convincing illusions. Changing a face is as simple as changing a hat. Ashes seizes an opportunity to study magic under Jack and quickly befriends the rest of the company: Juliana, Jack’s aristocratic wife; William, his exacting business partner; and Synder, his genius apprentice. But all is not as it seems: Jack and his company lead a double life as thieves, and they want Ashes to join their next heist. Between lessons on light and illusion, Ashes begins preparing to help with Jack’s most audacious caper yet: robbing the richest and most ruthless nobleman in the city.


ASHES was cheating, and he was pretty sure the man sitting across from him was going to figure it out soon.

The thick-faced man across from him grunted, glaring at Ashes before looking back at the cards in his hand. He was a massive individual, with biceps bigger than Ashes’s thighs and a ferocious mustache. He had the look of a surly bear, and wits to match.

“Y’need some help? They’ve got numbers on, but by the seems of you, numbers weren’t a favorite subject.” Ashes flashed a vicious smile, but his eyes flicked left and right, looking for exits. The alleyway where they sat was secluded enough, but all it took was one overcurious copper wandering in and wondering if Ashes was as illegal as he looked. Going for a third hand of Rob the Moon had been imprudent, but the man kept demanding double or nothing, and Ashes couldn’t stand to pass up a mark who begged to lose more money.

Besides, no one had ever called Ashes prudent.

“Something got you in a hurry?” the man grumbled, eyes still darting between the cards on the ground and those in his hand. “I didn’t think bastards had much in the way of schedules.”

“I dun’t figure what me schedule’s got to do with the price of whores in Yson,” Ashes snapped. “Maybe I’ve an invitation to tea with the Queens so’s I can woo their princess, or a powerful need to move me bowels sometime before me balls drop. Care to move along a mite?”

Ashes could have sworn the man let out a low growl. It would have been amusing except for his size. Ashes developed a sudden, acute awareness of how well his own skull would fit inside the man’s palm.

“Fine,” the man said, slapping a card against the cobbles. “Face of Judgment, red. Unless you’ve some manner of magic up your sleeve, I’ve just won.”

Ashes smirked. “Funny you ought to say that.” He laid his card down atop the man’s, moving with exaggerated carefulness. The Face of Cunning in black. “I’ve got all manner of magics up me sleeves, by the seems.” Ashes spread his hands and screwed his face into mock amazement. “Would you look at it—that’ll be thirty pence to me, I think? I’m a generous sort, so I figure I’ll count ’em. Wouldn’t want you taking off your shoes just to count some bastard’s money.”

The man’s eyes bulged at the sight of Ashes’s card. “That’s impossible,” he muttered, looking at Ashes’s face, at the cards, and finally at his own hand. “That’s . . .” He looked again, intently now. Ashes imagined he could hear gears twisting in his head, creaking a protest at being called on to move.

“Impossible, eh, I heard you. Care to skip to where you open up that purse of yours and acquaint me with my—?”

Ashes didn’t even have time to take a breath before the fellow’s hand caught him in the throat. A moment later the wall smashed into Ashes’s head. His feet were off the ground, and the world had gone woozy and red.

“You cheated me,” the man said. His voice went up just a little, making it sound almost like a question.

“Now, now,” Ashes gasped out, scrabbling with one hand at the man’s arm. His efforts there proved fruitless. “Mustn’t—get—rowdy—” His feet were level with the man’s crotch; Ashes aimed a desperate kick. The man redirected it deftly, tilting his hips to throw Ashes’s aim and slamming the boy against the wall again for good measure. Ashes’s vision started cartwheeling.

“I ought to kill you,” the brute snarled.

“Seeing as I won, maybe y’ought to pay me, yeh streperous miser,” Ashes spat, and was rewarded with another universe-shattering choke. Something in the back of his mind muttered that this had been a poor plan.

“I’ll not throw you to the sewers. Consider yourself paid.” The man drove his fist into Ashes’s belly, crushing out what little air the boy had left. The brute released his grip, letting Ashes fall in a heap on the cobbles. He heard, as though from far away, the man’s footsteps exiting the alleyway.

Ashes coughed a bloody trail of spittle. He grimaced, blinked twice. His vision had gone swimmy, and his thoughts seemed wrapped in muck, but there would be time to catalogue his wounds later. He set grimly to picking up the cards, making certain that all fifty-seven were accounted for and hoping his counting was not impeded by the ringing in his skull.

His head spun of its own accord once or twice more, and his knees smarted abominably, but even so, when Ashes stood and wobbled toward the alley’s end, he did so with a faint smile. He tapped the waistband of his trousers, making certain the brute’s wallet hadn’t fallen out. Still there, and it was fat enough to make Ashes’s grin even wider.

He’d chosen a good mark: smart enough to recognize cheating, eventually, and too stupid to notice Ashes’s hand inside his jacket. It had cost some bruises, certainly, but nothing came for free.

The boy paused before he exited, forcing his head to stop spinning. Stumbling through Lyonshire like a drunk was a sure way to get himself noticed, and noticed would be bad with a Denizen’s wallet tucked in his pants and no iron name on his person. He tugged his ratty collar up against his neck, hiding what he could of the livid hand-marks on his throat. He shifted his posture, his face, his attitude, and in the blink of an eye he seemed almost an entirely different person. An apprentice running errands for his master, perhaps, or one of Lyonshire-Low’s “accidental” children lost on the way home.

But certainly, certainly not one of Burroughside’s sneak-thieving gutter-rats. No, sir, not him. He was totally drab; that was the key. Invisibility was just being what people saw every day.

With his pretending fixed firmly in his mind, Ashes stepped onto Argent Street. The crowd was much thinner than he’d expected: there were only a couple dozen people in eyeshot. How long had he been in that alley? He checked the sky, and cursed inwardly as he marked the sun. Dusk was an hour away, maybe less. That wasn’t anything like enough time.

He sprinted down Argent Street, darting around gawking shoppers and pushy merchants. Sure-footed and confident, he slipped around the lowlier Denizens—anyone who looked dreary enough to work in a factory, or whose clothing only cost a week’s wages instead of a month’s—and whenever he spotted colorful tentlike dresses or long coattails, he slowed to a respectful walk, gave the wealthy Denizen a five-foot berth, and kept his eyes down. He drew stares once or twice, but no cries of alarm and no calls for police. That was all he needed.

At Strave Avenue he crossed to Wending Road, slithered through the gaps in the fence around Harrod Park, then leapt onto the back of a south-going carriage, and managed to go undetected for fully two minutes before the driver cracked his whip at Ashes’s fingers.

In merely fifteen minutes, he crossed out of Lyonshire’s posh territory and into Lyonshire-Low. He let out a relaxed breath as he crossed the border. Here there were no coppers prowling the streets, no Denizens to irritate, and—significantly—no Burroughsiders watching him as he scuttled behind a building and began to count his day’s take.

The second count came out the same, and he had to keep himself from shouting with triumph. Twenty-eight crescents. Bless the man who’d made money from paper! Denizens carried whole fortunes now and didn’t even notice when the weight disappeared!

He forced himself to calm down, but it was hard. This would buy him time and food, and he could always do with more of both. He tugged five of the notes out and placed them strategically about his person, then stuffed the wallet through a carefully torn stitch under the arm of his too-large coat. Nestled there, it would be invisible even to Burroughside’s numerous and talented pickpockets. He was liked well enough in Burroughside, but a lumin and eight would tempt anybody, and secrecy guarded better than a sharp knife. 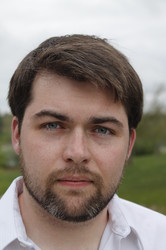 Chandler J. Birch grew up ignoring the Rocky Mountains in favor of Middle Earth, Narnia, and Temerant. He lives in Colorado Springs with his wife, Kelsey, and their two dogs, Winter and Bandit. The Facefaker’s Game is his first novel.

“It takes a special writer to blend Dickens, Sanderson, and Lynch — and yet make it totally his own. Chandler Birch succeeds beautifully. A wonderful debut!”
—Brent Weeks, New York Times bestselling author of the Night Angel trilogy

“As fun as Mistborn. The writing is effortless, the pacing quick, and the characters delightful. I'm annoyed that Birch took to heart the adage, ‘Always leave them wanting more.’ Because I want.”
—Stephen S. Power, author of The Dragon Round