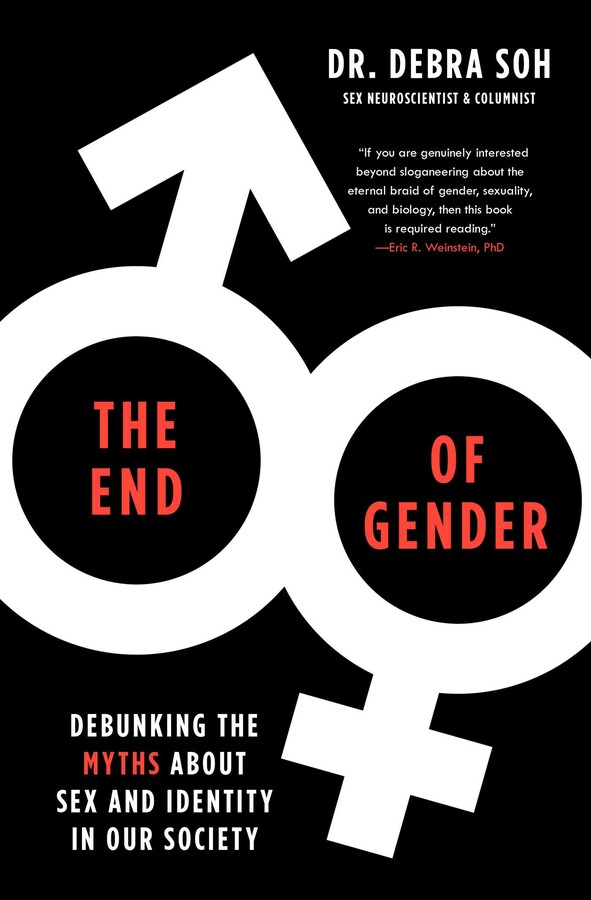 By Debra Soh
LIST PRICE $14.99
PRICE MAY VARY BY RETAILER

Is our gender something we’re born with, or are we conditioned by society? In The End of Gender, neuroscientist and sexologist Dr. Debra Soh uses a research-based approach to address this hot-button topic, unmasking popular misconceptions about the nature vs. nurture debate and exploring what it means to be a woman or a man in today’s society.

Both scientific and objective, and drawing on original research and carefully conducted interviews, Soh tackles a wide range of issues, such as gender-neutral parenting, gender dysphoric children, and and the neuroscience of being transgender. She debates today’s accepted notion that gender is a social construct and a spectrum, and challenges the idea that there is no difference between how male and female brains operate.

The End of Gender is a conversation-starting work that will challenge what you thought you knew about gender, identity, and everything in between. Timely, informative, and provocative, it will arm you with the facts you need to come to your own conclusions about gender identity and its place in the world today. 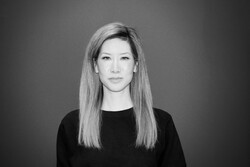 Dr. Debra Soh is a neuroscientist who specializes in gender, sex, and sexual orientation. She received her doctorate from York University in Toronto and worked as an academic researcher for eleven years. Her writing has appeared in The Globe and Mail (Toronto), Harper’s Magazine, The Wall Street Journal, the Los Angeles Times, Scientific American, Playboy, Quillette, and many other publications. Her research has been published in academic journals including the Archives of Sexual Behavior and Frontiers in Human Neuroscience. As a journalist, Soh writes about the science and politics of human sexuality and gender, free speech, and censorship in academia. She lives in Toronto. Follow her on Twitter at @DrDebraSoh and visit her at DrDebraSoh.com.

“[Soh’s] new book, The End of Gender, lays out with exceptional care not just why we have got into the current impasse, but how we might get out of it.”
—Douglas Murray, The London Times

“Throughout, Soh stresses that she sympathizes with individuals who are struggling with their sexual identity, and supports everyone’s right to determine what they believe is best for them. She just expresses the hope that these crucial decisions can be based on scientific fact, and shared through authoritative, transparent, and safe platforms.”
—Booklist

"Dr. Debra Soh's book is not only eminently reasonable and beautifully-written, it is brave and vital. Rooted in data but accessible to the common person, this is the rare book that can only be labeled 'must-read.'"
—Ben Shapiro, #1 New York Times bestselling author, Editor-in-Chief of The Daily Wire, and Host of "The Ben Shapiro Show"

“By far the best I’ve read on this topic.”
—Michael Shermer, PhD, Presidential Fellow at Chapman University and New York Times bestselling author of Giving the Devil His Due

“An easy-to-read introduction to the various current debates over sex, gender, and transgender. Soh also covers adjacent topics, such [as] autogynephilia and research on the origins of sexual orientation.”
—Ray Blanchard, PhD, Full Professor of Psychiatry at the University of Toronto and researcher in sexual orientation, paraphilias, and gender dysphoria

“[A] beautifully calm, rational and precision-guided dissection…her exposé will fall like rain on parched earth.”
—Barbara Kay, The Post Millennial

"Sex and gender are always gripping topics, and The End of Gender does not disappoint. Debra Soh has given us a lucid explanation of the latest science and politics of men and women. And she fearlessly pushes back against the notion that the only way to advance equality is to scramble biology, language, and common sense, and to intimidate anyone who doesn’t go along."
—Steven Pinker, Johnstone Professor of Psychology, Harvard University, and the author of The Blank Slate and Enlightenment Now

"The longer that academic science suppresses its carefully constructed knowledge about the biology of sex in deference to a rapidly mutating set of political taboos, the less claim it will have to public respect or attention.  It is to be hoped that Debra Soh’s The End of Gender inspires more scientists to stand up to the ideological myths around sex and gender in defense of scientific truth."
—Heather Mac Donald, Thomas W. Smith fellow at the Manhattan Institute and author of The Diversity Delusion.

"There is no more treacherous topic on the current intellectual landscape than the biological basis of gender. The fearless Dr. Debra Soh is an expert guide navigating the jungle of umbrella categories like "Trans" and "LGBTQx" to let us know how they are informed by our scientific understanding of biology. If you are genuinely interested beyond sloganeering about the eternal braid of gender, sexuality and biology, then this book is required reading."
—Eric R Weinstein, PhD, Managing Director at Thiel Capital and Host of The Portal

"Debra Soh's clearly written book walks the reader through the science and politics of sex and gender research. Her discussion is accessible, balanced and thoughtful and will advance the study of how biological and social factors interact in the development of sex and gender."
—Professor Simon Baron-Cohen, Director of the Autism Research Centre at Cambridge University

By Debra Soh
LIST PRICE $14.99
PRICE MAY VARY BY RETAILER