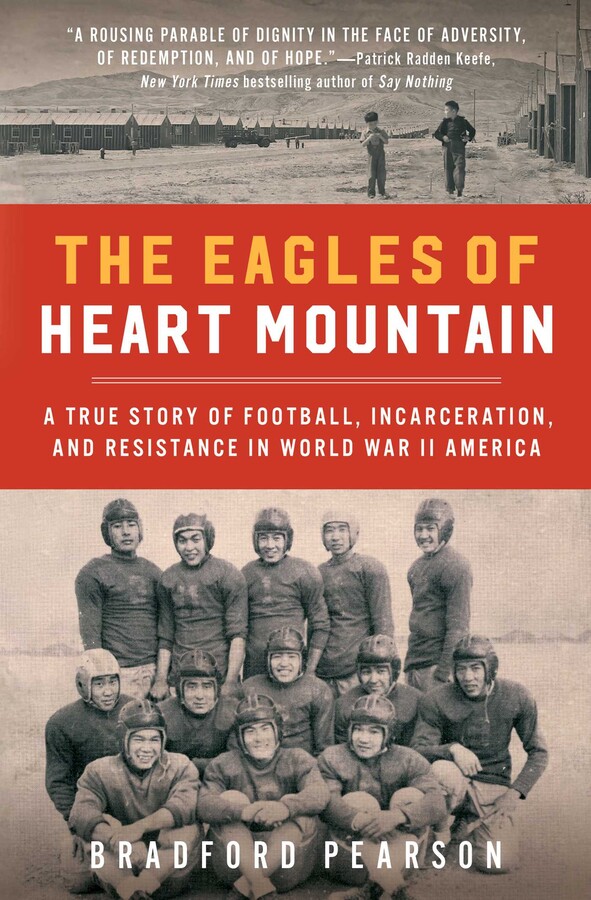 By Bradford Pearson
LIST PRICE $14.99
PRICE MAY VARY BY RETAILER

The impeccably researched, deeply moving, never-before-told tale about a World War II incarceration camp in Wyoming and its extraordinary high school football team—for fans of The Boys in the Boat and The Storm on Our Shores.

In the spring of 1942, the United States government forced 120,000 Japanese Americans from their homes in California, Oregon, Washington, and Arizona and sent them to incarceration camps across the West. Nearly 14,000 of them landed on the outskirts of Cody, Wyoming, at the base of Heart Mountain.

That is, until the fall of 1943, when the camp’s high school football team, the Eagles, started its first season and finished it undefeated, crushing the competition from nearby, predominantly white high schools. Amid all this excitement, American politics continued to disrupt their lives as the federal government drafted men from the camps for the front lines—including some of the Eagles. As the team’s second season kicked off, the young men faced a choice to either join the Army or resist the draft. Teammates were divided, and some were jailed for their decisions.

The Eagles of Heart Mountain honors the resilience of extraordinary heroes and the power of sports in a sweeping and inspirational portrait of one of the darkest moments in American history. 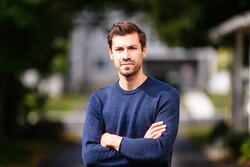 Bradford Pearson is the former features editor of Southwest: The Magazine. He has written for The New York Times, Esquire, Time, and Salon, among many other publications. He grew up in Hyde Park, New York, and now lives in Philadelphia. The Eagles of Heart Mountain is his first book.

"Colorful, richly detailed, and deeply human, The Eagles of Heart Mountain mixes a fascinating history of the Japanese in the United States with a uniquely American story about one of the darkest chapters of our modern history. Brad's storytelling weaves together politics, race, and a wide cast of characters to show how sports carried a community of mistreated prisoners through World War II, a tale that ultimately stands as a testament to the resilience of the human spirit." —Garrett M. Graff, author of the New York Times bestseller The Only Plane in the Sky: An Oral History of 9/11

"This is an underdog story for the ages. Ripped from their homes by racist officials, Japanese-American kids learn to play football in a remote Wyoming concentration camp—and soon become an unstoppable force. Pearson is a brilliant storyteller, and The Eagles of Heart Mountain will have you rooting for its young heroes as they defy bigotry and barbed wire." —Jason Fagone, bestselling author of The Woman Who Smashed Codes: A True Story of Love, Spies, and the Unlikely Heroine Who Outwitted America's Enemies

"A remarkable piece of storytelling, The Eagles of Heart Mountain manages to be simultaneously devastating and uplifting. Pearson delves deep into one of the great blights on American history, and emerges with a story of humanity and resilience, played out on the rocky football field of a concentration camp. This is a timely and utterly absorbing account of a country losing its moral way, and a group of its young citizens who never did." —Evan Ratliff, author of The Mastermind: A True Story of Murder, Empire, and a New Kind of Crime Lord

In The Eagles of Heart Mountain, Bradford Pearson weaves the greatness of the unlikeliest football team you’ll ever meet into the history of Japanese American incarceration during World War II. Between fascinating details about how the camps came to exist and the on-field play-by-play narrated by Pearson, readers won’t soon forget Babe Nomura and Horse Yoshinaga.”—Andrea Pitzer, author of One Long Night: A Global History of Concentration Camps

“Pearson succeeds in unearthing a feel-good story from a dark chapter in U.S. history. The result is a worthy portrait of triumph in the face of tragedy.”—Publishers Weekly

"A fresh look at the mass removal and incarceration of Japanese Americans during World War II... A deep-reaching chronicle of a shameful episode in American history."—Kirkus Reviews

"...an inspiring exploration of resistance and a timely examination of how the policy of Japanese incarceration impacted the lives of young people and their families."—BookPage

"This well-written and researched book will strongly appeal to those interested in U.S. history and civil rights."—Library Journal (starred review)

By Bradford Pearson
LIST PRICE $14.99
PRICE MAY VARY BY RETAILER