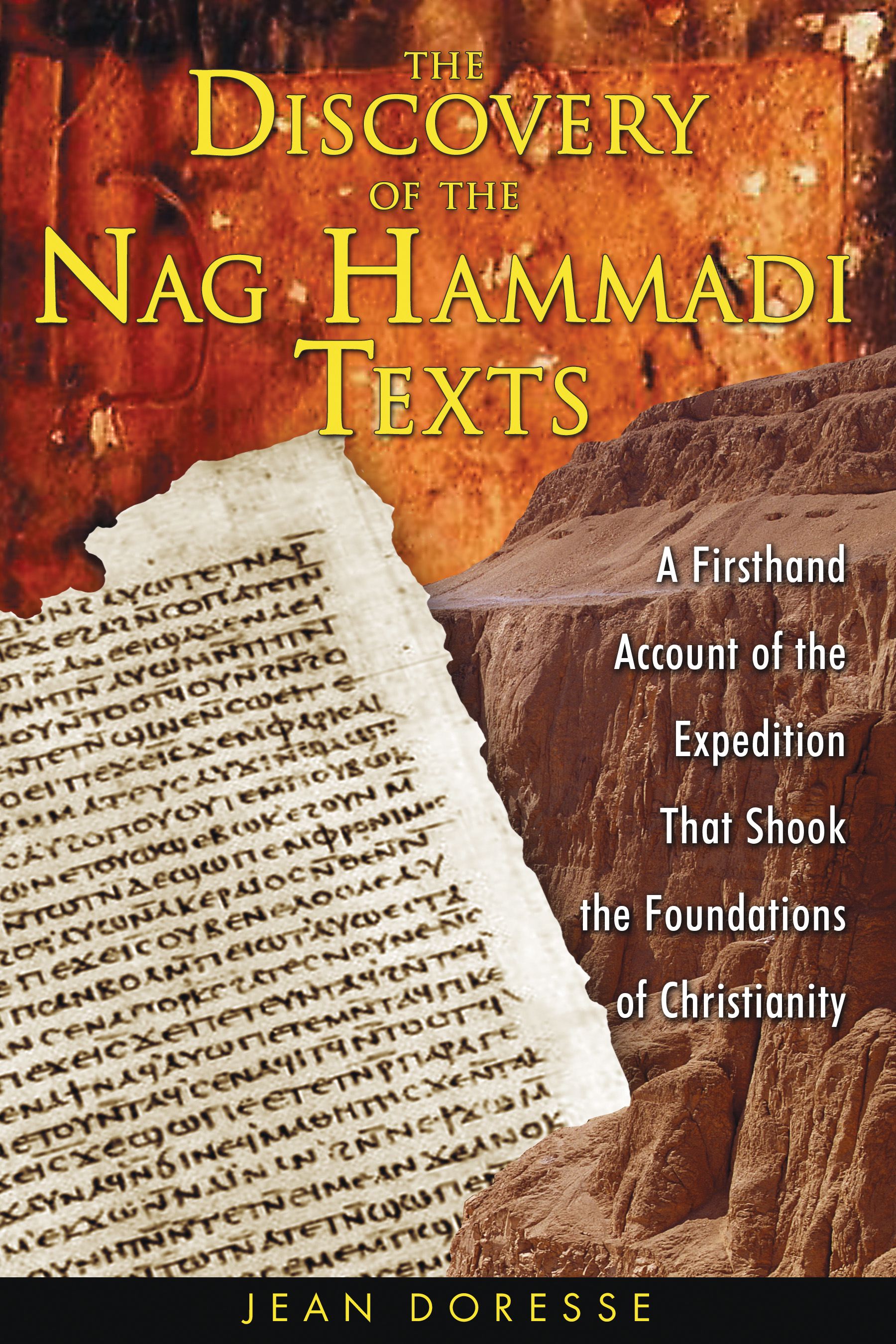 The Discovery of the Nag Hammadi Texts

By Jean Doresse
LIST PRICE $19.95
PRICE MAY VARY BY RETAILER

Details the momentous discovery and significance of the ancient gnostic texts hidden for sixteen centuries in Chenoboskion, Egypt

• Includes the first translation of the Gospel of Thomas, with full commentary

Hidden for sixteen centuries, the Nag Hammadi library, the most prodigious collection of sacred gnostic texts, were discovered in the late 1940s in Chenoboskion, a remote hamlet in upper Egypt. Among them was the Gospel according to Thomas, which aroused international publicity and alerted the world to the significance of this archeological find, believed by many scholars to surpass the Dead Sea Scrolls in importance.

The Discovery of the Nag Hammadi Texts is the original survey of the contents of these documents and their significance to the world at large. Doresse's narrative allows readers direct contact with an ancient form of Christianity through the philosophical wealth of the texts-ranging from gnostic revelations and Christian apocrypha to Hermetic literature-Included in the book is the original English translation of the Gospel of Thomas first published in 1960.

Chapter 3--The Story of a Discovery

From a lofty desert cliff known, at this point, as the Gebel et-Tarif, the Nile approaches the vicinity of Naga Hamadi by describing a complete semi-circle toward the south, before it resumes its course to the northeast. This loop, nearly five miles in diameter, now encloses, between the river and the white cliff of the eastern desert, the dense, tall plantations of sugar-cane which have replaced the acacia plantations of former days. In this greenery are hidden the villages of el-Qasr, es-Sayyâd, and ed-Dabba. Christians are very numerous here to this day.

Es-Sayyâd is almost on the site of the ancient Chenoboskion. Near to it, and not far from the Nile, a high, blank, massive wall surrounds a few churches and chapels clustered close together and surmounted by an enormous, fantastic bell-tower with latticed walls. To the north, far beyond the verdure of the tilled lands and past bushy orchards, which are enclosed by high walls still dominated by the square towers of great columbaries, there rises the enormous, abrupt cliff of Gebel et-Tarif, shutting off the whole horizon from west to east.

But eastward the cliff suddenly curves back toward the north, and diminishes into the depths of the desert, farther and farther away from the Nile and its fertile plains. Upon that eastern slope of the mountain, near the ill-famed hamlet of Hamra-Dûm, are to be found the most ancient remains of the whole region. Halfway up the white cliffs are the openings to several galleries--pharaonic tombs of the princes who governed this district under the Sixth Dynasty. Two of these, at least, have rewarded the attentions of archaeologists: and even among seekers after the treasures of Coptic and Arab Egypt the place was once legendary. Here was where “Ladamês the Great” wrote the medieval guides, doubtless distorting and magnifying an appellation which meant “the great grotto.”

You will see, to the northwest, seven tombs set up on the side of the valley--four together, then two together, and the last by itself. Dig into this last, to the depth of one qamah: you will find the dead body, and beside it all its possessions. You will see also some high watch-towers around this same cemetery on the eastern side. Among these watch-towers there are five great tombs, each with a stone at the head and another stone at the feet, both implanted in the sand. Lift up the headstone and dig. . . .

In such terms as these did the Book of buried Pearls and of the precious Mystery, an Arab writing addressed to seekers after marvels, embellish this locality with remains which, perhaps, were never to be seen there.

However, this was the place where, according to all we had gathered from our preliminary enquiries, one undeniable treasure had been found--that of our Gnostic library. Let us give a rather fuller description of the site. Midway up the flank of the cliff are the openings to the pharaonic tombs--seven, according to Arab tradition--that we have just mentioned. The first, approaching from the south, has no sculptures or hieroglyphic inscriptions; but on the wall some Coptic monk has painted in red, in his own language, the first words of Psalms LI to XCIII. More to the north, in the finest of the pharaonic tombs, a pagan pilgrim, at some date hardly more ancient than the period of the first Coptic monks, has inscribed a series of Greek invocations to Serapis. They show that this is a spot which, for reasons we cannot trace, was specially venerated in the Greek or Roman epoch. Even today, moreover, a small “sheikh”--a rustic holy place, indicated by some little votive cakes and a few big stones--is to be seen at the bottom of the slope, showing that the place is still held in veneration.

Was it in one of these tombs that the papyri were found? Certainly, one cannot, even if one searches very far around, see any other place--any ruin or sepulcher--from which they could have come. The peasants who accompanied us and who did not know the real object of our search (we had come here on the pretext of visiting the pharaonic tombs) guided us, of their own initiative, to the southern part of the cemetery and showed us a row of shapeless cavities. Not long since, they said, some peasants of Hamra-Dûm and of Dabba, in search of manure, found here a great zir--which means a jar--filled with leaves of papyrus; and these were bound like books. The vase was broken and nothing remains of it; the manuscripts were taken to Cairo and no one knows what then became of them. As to the exact location of the find, opinion differed by some few dozen yards; but everyone was sure that it was just about here. And from the ground itself we shall learn nothing more; it yields nothing but broken bones, fragments of cloth without interest, and some potsherds.

We have never been able to discover exactly where the Coptic Manichaean manuscripts came from, nor the Pistis-Sophia, nor the Bruce Codex. So it was well worth the trouble to find out, in a pagan cemetery a few miles from Chenoboskion, the exact site of one of the most voluminous finds of ancient literature; thus to be a little better able to place this library in the frame of history to which it belongs; and to support, with concordant details, the hypotheses that have been made about its antiquity.
Jean Doresse

Jean Doresse is a renowned historian and a scholar of Egyptology and Greek papyrology. He was head of the research department at the Centre National de Recherche Scientifique and for five years undertook expeditions on behalf of the French government, establishing the first archaeological service in Ethiopia. He lives in France.

"For those who are interested in the origins of Gnosticism and the conflict between those who preferred to call themselves "Christian" this work is simply indispensible."

"The Discovery of the Nag Hammadi Texts is a MUST have text for students of early Christianity, the Gnostic gospels, and comparative religion. I highly recommend this most interesting and enjoyable work."

The Discovery of the Nag Hammadi Texts

By Jean Doresse
LIST PRICE $19.95
PRICE MAY VARY BY RETAILER