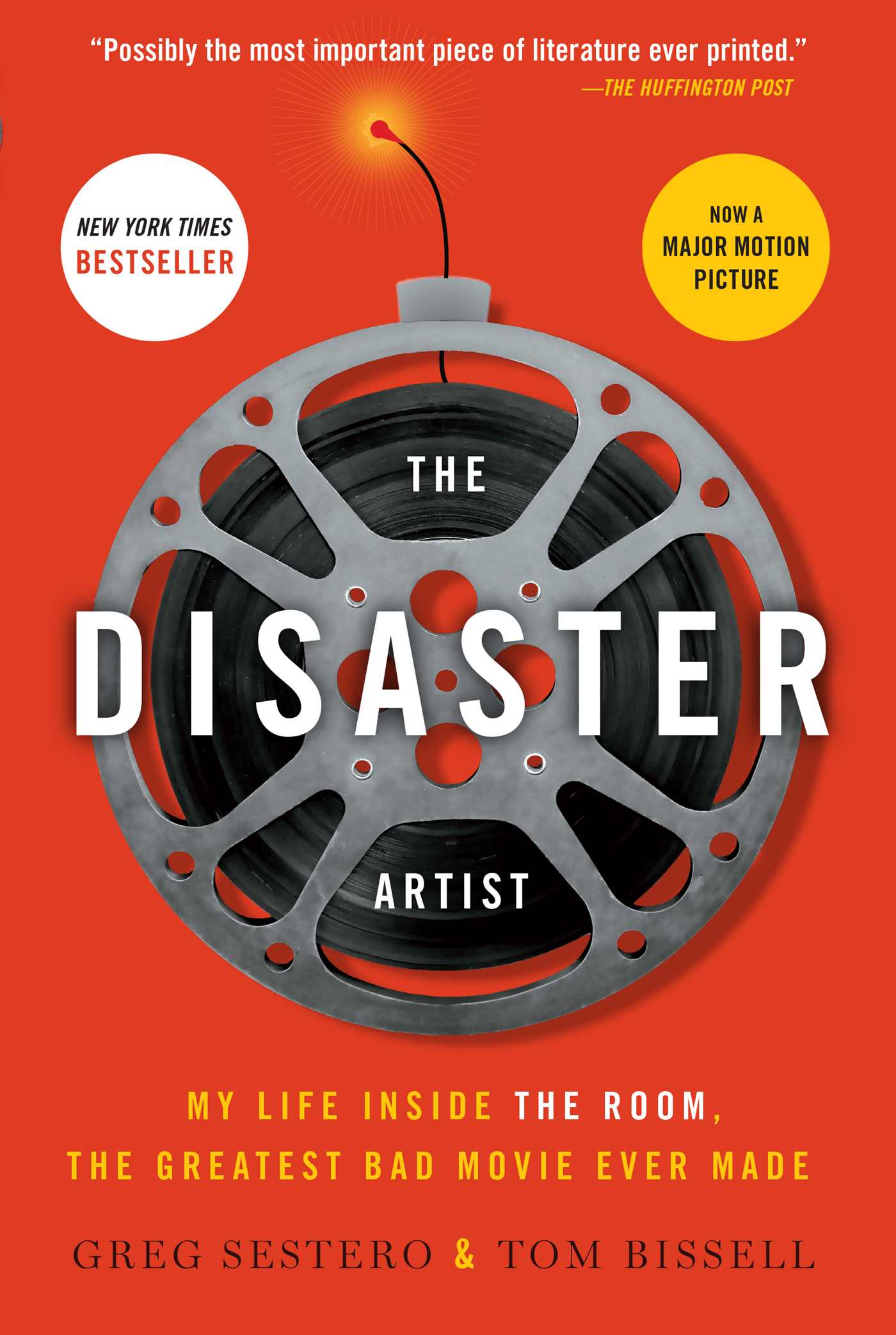 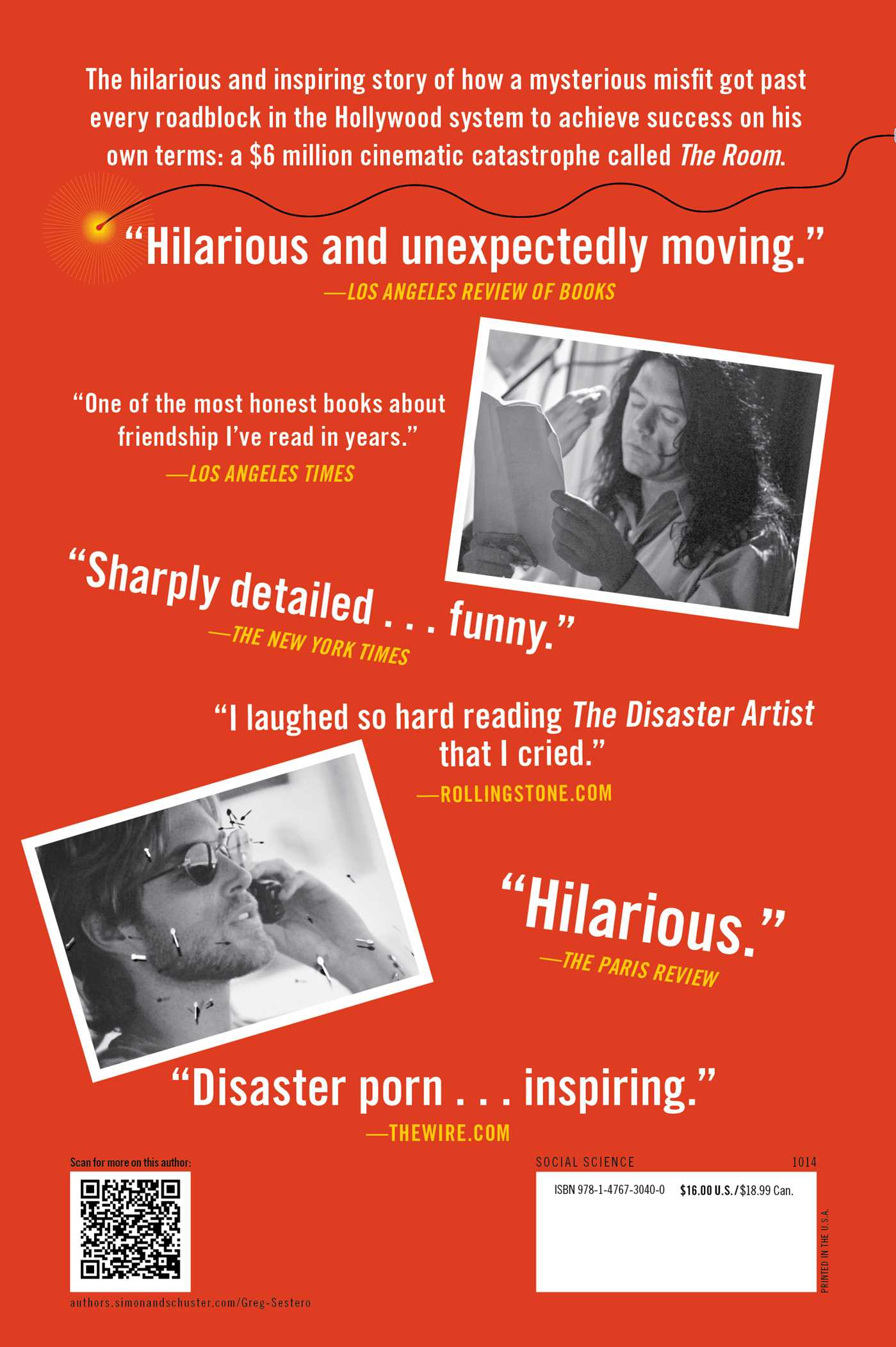 My Life Inside The Room, the Greatest Bad Movie Ever Made

By Greg Sestero and Tom Bissell
LIST PRICE $16.00
PRICE MAY VARY BY RETAILER

Now a major motion picture—directed by and starring James Franco

From the actor who somehow lived through it all, a “sharply detailed…funny book about a cinematic comedy of errors” (The New York Times): the making of the cult film phenomenon The Room.

In 2003, an independent film called The Room—starring and written, produced, and directed by a mysteriously wealthy social misfit named Tommy Wiseau—made its disastrous debut in Los Angeles. Described by one reviewer as “like getting stabbed in the head,” the $6 million film earned a grand total of $1,800 at the box office and closed after two weeks. Ten years later, it’s an international cult phenomenon, whose legions of fans attend screenings featuring costumes, audience rituals, merchandising, and thousands of plastic spoons.

Hailed by The Huffington Post as “possibly the most important piece of literature ever printed,” The Disaster Artist is the hilarious, behind-the-scenes story of a deliciously awful cinematic phenomenon as well as the story of an odd and inspiring Hollywood friendship. Greg Sestero, Tommy’s costar, recounts the film’s bizarre journey to infamy, explaining how the movie’s many nonsensical scenes and bits of dialogue came to be and unraveling the mystery of Tommy Wiseau himself. But more than just a riotously funny story about cinematic hubris, “The Disaster Artist is one of the most honest books about friendship I’ve read in years” (Los Angeles Times). 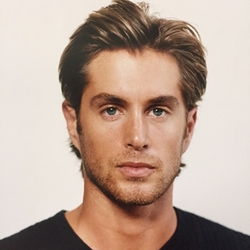 Greg Sestero is a French-American actor, producer, and writer. He costarred in the cult phenomenon The Room. 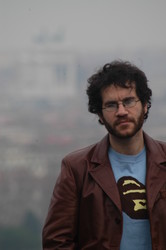 Tom Bissell is the author of several books and a winner of the Rome Prize and a Guggenheim Fellowship. He writes frequently for Harper’s and The New Yorker.

"The Disaster Artist has to be one of the funniest, most deliciously twisted tales I have ever read. This extraordinary book is many things: a guide on how to succeed, sort of, in Hollywood; a life lesson in the virtues of deaf, dumb, and blind persistence; a very surreal variation on the archetypal American story of the immigrant dream. But at its heart lies the story of a deep and abiding friendship that survives against all odds, and the insanely bizarre film that stands as proof."

"Finally, a hilarious, delusional, and weirdly inspirational explanation for the most deliciously awful movie ever made."

– Rob Lowe, actor and author of Stories I Only Tell My Friends

“A great portrayal of hopefuls coming to Los Angeles to pursue their ambitions, and an even greater examination of what it means to be a creative person with a dream and trying to make it come true….In so many ways. Tommy c’est moi.”

"The Disaster Artist is not only the terrifically engaging tale of a bad Hollywood movie, it's one of the most honest books about friendship I've read in years."

"Even if you haven’t seen Tommy Wiseau’s cult film phenomenon, The Room, it would be a mistake to not pick up The Disaster Artist. "

"Hilarious . . . the stories behind the making of The Room are even more bizarre than one might expect; truly, like the film itself, they must be seen to be believed.”

“A story of obsession and friendship that only Hollywood can birth . . . Readers aren't propelled through this book simply wondering what will happen, they're more concerned with how in the world it all happened—whether they've never heard of The Room or they've watched it dozens of times.”

"I laughed so hard reading The Disaster Artist that I cried."

“The Disaster Artist delivers an evenhanded portrayal of Wiseau and elucidates more than Room superfans had ever dreamt of learning about their craggy, pale-faced idol.”

“Possibly the most important piece of literature ever printed.”

"A revelatory and moving look at both the man and the movie that have proved so fascinating for so many . . . filled with juicy, jaw dropping stories that are too good to spoil here. . . .You don't need to have seen The Room to love The Disaster Artist."

"How bad is [The Room]? You should watch it and find out for yourself. Then you should read actor Greg Sestero's tell-all memoir, The Disaster Artist, to find out how and way everything about the movie went so wrong. . . . Hilarious and surprisingly touching."

"In The Disaster Artist, we learn some fascinating tidbits . . . [Sestero] is an engaging storyteller who takes us from football games in Golden Gate Park to ludicrous parking lot film shoots, peppering the journey with whip-smart insights and laugh-out-loud jokes."

"The book's behind-the-scenes tales are so outsized that they are due to become part of movie-making lore."

"Funny, engaging first-person account of the making of The Room. . . . A deft, energetic narrative . . . an improbably resonant tale of warped creativity and friendship."

"Make no mistake about it: The Disaster Artist is terrific. Every page is a treasure that reveals more background information for one of cinema's famous train wrecks."

"Hysterical . . . a terrific sense of humor is the book's greatest asset."

"Hilarious, and often poignant . . . If you're a fan of The Room, or if you're just looking for a memoir unlike any you've ever read, don't hesitate to pick up this book."

"A human drama that's compulsively readable, a tale of men whose bond allows them both to stumble their way into cinema history."

"One of the worst movies of all time has spawned one of the most entertaining books I've read in years. It's a happy ending worthy of Hollywood."

"A surprising, hilarious and compelling account of the making of the modern Plan 9 from Outer Space."

“The Disaster Artist doesn’t just answer the question: How do awful cult movies get made? It also reminds us how confusing, hilarious, and wonderful it is to be in your 20s, and why you’re glad you don’t have to do it twice. It’s like a wonderfully weird mash-up of a contemporary Candide and Sunset Boulevard.”

– Joel Stein, author of Man Made: A Stupid Quest for Masculinity

"Like disaster porn...memorable for being actually inspiring, to my surprise."

My Life Inside The Room, the Greatest Bad Movie Ever Made

By Greg Sestero and Tom Bissell
LIST PRICE $16.00
PRICE MAY VARY BY RETAILER