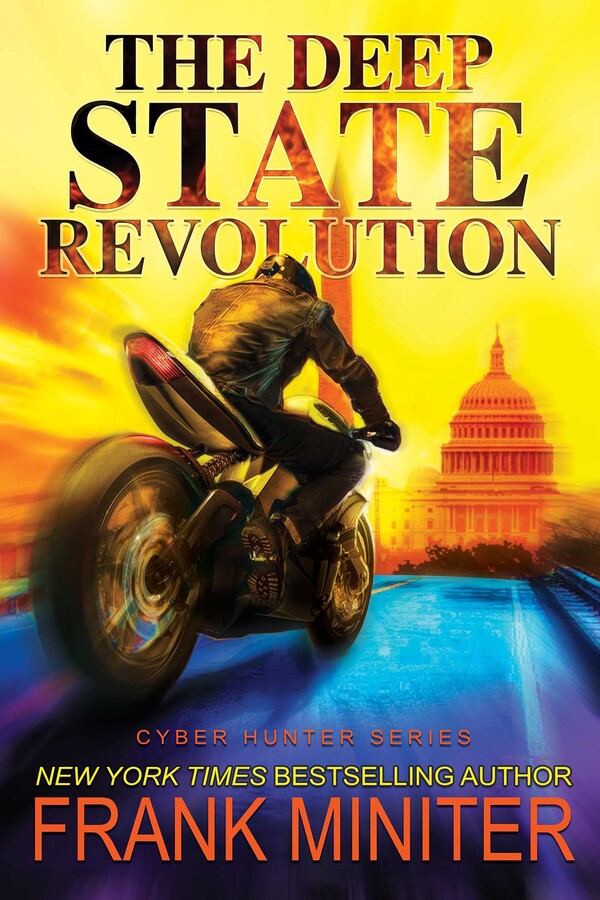 Sid McDaniel must beat the Deep State on their ground—but he refuses to do it on their terms.

Sid McDaniel—an undercover cyber hunter who catches spies doing corporate espionage—finds himself sucked into a scandal so explosive, it could crack the Deep State’s power wide open. A cabal within the FBI desperately needs to suppress a new dossier by stopping Sid. To come out alive, Sid must fight them on their own turf. But he refuses to play by their rules. The result is a modern, honest, and breathtaking story—as sometimes only a novel can get at the whole truth.

As a journalist, Frank Miniter has done everything from interviewing the president of the United States in the Oval Office to going in search of a mythical fish far up the Xingu River. He is a New York Times bestselling author and a writer known for hunting out the politically incorrect truth.

“A fast-paced thriller involving intelligence agency conspiracies, forged dossiers, and media complicity. It makes for exciting fiction, but thank goodness nothing like this could ever actually happen....”

– Glenn Reynolds, the Beauchamp Brogan Distinguished Professor of Law at the University of Tennessee College of Law, who is known for his political blog Instapundit

“Frank Miniter has given us a real hero for this political age. Sidney McDaniel is so compelling—and important right now—that he’s a character I’d like to play.”

“Frank Miniter’s ability to weave words that thrill, to take us on a breathtaking journey are at full tilt in this book. A riveting read for both the politically savvy and the those who just want to be taken on a ride.”

– Hollie McKay, Author of "Only Cry for the Living," Journalist, and Geopolitical Specialist

“Sid McDaniel is a hero for our time, willing to go head-to-head in cyber combat against our would-be puppet masters in Frank Miniter’s superb The Deep State Revolution.”

“Miniter’s Sid McDaniel is a cross between James Bond, Jason Bourne,and Raymond Reddington, with a touch of Jerry Miculek thrown in. He’s comfortable moving between the worlds of high-stakes corporate espionage and fast-paced DC wheeling and dealing, smart enough to keep himself safe and savvy enough to keep enemies squabbling amongst themselves while he gleans the information he needs. He knows his way around firearms, too—and Miniter is a stickler for getting details correct, something often lacking in thrillers more concerned with the movie rights than gun rights.”

“Frank Miniter’s The Deep State Revolution is a terrific read. To a lifelong journalist who was one of CNN’s original seven founding members, it’s also a deeply true and disturbing analysis of where we are going. That’s because the leap from today’s headlines to this novel’s fast-moving plot isn’t as far from reality as most people would like to believe. This is not dystopian fiction. It’s a smart, engaging,and frightening tale about the current direction of our nation.”