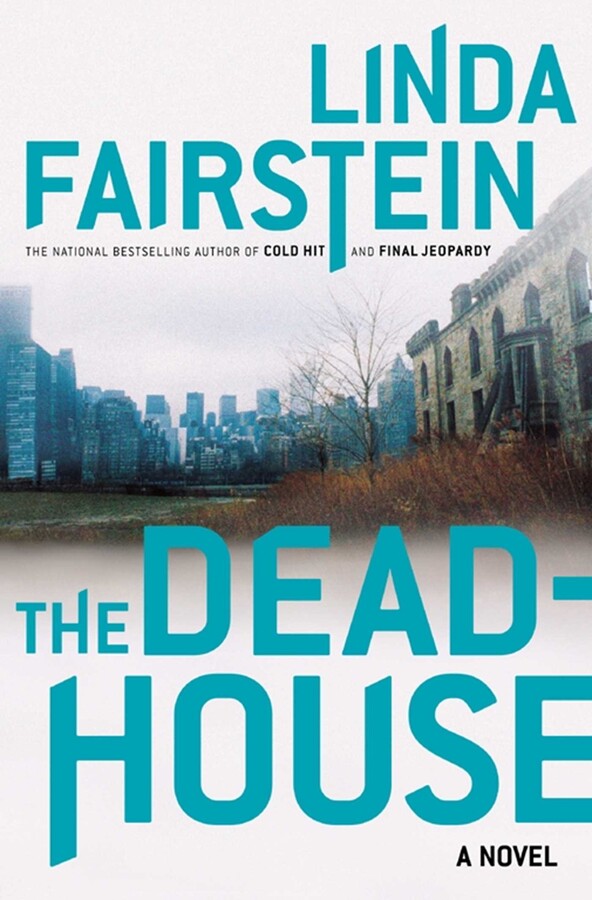 By Linda Fairstein
LIST PRICE $7.99
PRICE MAY VARY BY RETAILER

On Roosevelt Island, a strip of land in New York City's East River, stands an abandoned 19th century smallpox asylum, "The Deadhouse," where the afflicted were shipped off to die. It's a gruesome bit of history perhaps best forgotten. But for Alexandra Cooper, it may be the key to a shocking murder that cuts deeper than the arctic cold front gripping the city. A respected university professor is dead -- strangled and dumped in an elevator shaft. And while the school does damage control for anxious parents, Cooper and her close detective friend Mike Chapman scramble for answers, fueled by the most daunting discovery: a piece of paper, found on the lifeless body of Professor Lola Dakota, that reads The Deadhouse....

1. Lola Dakota, the murder victim in THE DEADHOUSE, is a smart, ambitious woman -- even self-serving, her detractors say. Why does a woman like this keep going back to an abusive husband? How do you make sense of this kind of love-hate relationship, as Alexandra Cooper describes it?
2. Although Alex is primarily a sex crimes prosecutor, she is intimately involved in Lola Dakota's murder case. How does her position make her different from other investigators? What unique insights and techniques does she bring to the table?
3. How would you describe Alex's developing relationship with Jake Tyler? Why is she reluctant to move in with him?
4. After having refused repeated entreaties to prosecute her abusive husband, Lola agreed instead to stage her own murder in order to set him up. Why do you think that this particular plan appealed to her?
5. Early in the story, Mike Chapman reproaches Alex for not having a more traditional life. They've been close friends for many years -- why is he so insistent now that Alex settle down, start a family?
6. How does the subplot of Shirley Denzig, a young woman stalking Alex, fit into the larger story? Do you think that it will be resolved in a later novel?
7. When Jake tells Alex that she doesn't let people in easily, she responds that she is often too trusting of people and has been disappointed in the past. Do you agree with Jake's assessment? If you've read other Alex Cooper novels, can you think of instances in which she's been disappointed by people she trusted?
8. Do you think Mercer Wallace's renewed relationship with his ex-wife Vickee will change his partnership and friendship with Alex and Chapman? How has being shot has affected him?
9. Describe the world of academia that emerges in this novel. How accurate do you think this portrayal is? What motivates each of Lola's colleagues: Lavery, Shreve, Lockhart, Foote, Grenier?
10. After her argument with Jake, Alex wonders why she wasn't content to just stay and talk things through with him. Why do you think that she didn't? Similarly, why does she run first to Chapman, and why does she assume that he'll always be available to her?
11. Why do you think Chapman kept his new relationship a secret from Alex? What does this relationship tell us about him?
12. How does learning about the history of a place like Roosevelt Island add to your understanding of New York, and what does it add to the novel as a whole?
13. Chapman tells Alex that she's "the luckiest girl" he knows (p. 400), a phrase that pops back into her head later when she is in grave danger. What do you think that he means? Do you agree with him?
Linda Fairstein

Los Angeles Times One of the best of the year...a beguiling mix of murder, romance, and suspense....Fascinating.

USA Today A four-star tribute to good writing, strong characters, and the ability to translate expertise into a terrific story.

The Washington Post SuperbŠ.The Deadhouse allows Fairstein to display her firsthand knowledge of crime and investigation.

By Linda Fairstein
LIST PRICE $7.99
PRICE MAY VARY BY RETAILER