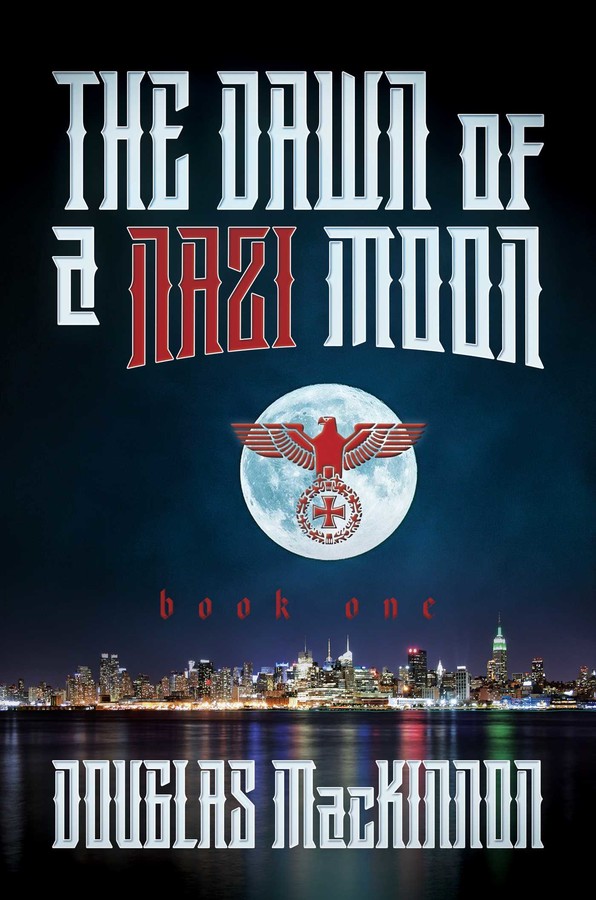 The Dawn of a Nazi Moon

By Douglas MacKinnon
LIST PRICE $27.00
PRICE MAY VARY BY RETAILER

An alleged real-life secret revealed by a former Soviet general is the foundation for the most shocking Nazi alternative history novel of all time.

“Madam President. The nuclear bombs just detonated in China, Russia, and off the coast of the United States did not, I repeat, did not originate from the planet Earth. It is my opinion, and the opinion of everyone here, that the Earth can no longer be defended from the Earth.”

President Carolina Garcia sat in the Roosevelt Room across the hall from the Oval Office and gazed at the four people sitting opposite her in unblinking shock.

As she looked at the Secretary of Defense, the Director of the Central Intelligence Agency, the Director of the FBI, and the Administrator of NASA, her mind was so scrambled that she could not even remember which one just uttered the surreal and blood-chilling identity of the enemy which just attacked earth.

"Powerful women breaking every glass ceiling possible in a quest to defeat an unworldly Nazi threat in a high-stakes battle of the space domain. I love it."

"MacKinnon has long dealt with 'Deep State' issues. They don't get any deeper or more mysterious than this book."

"Douglas MacKinnon combines a background in government with the writing skills of a novelist. And so he's produced a lively a thought-provoking story which serves as a useful reminder that we'll face unexpected threats and surprises in the near future."

The Dawn of a Nazi Moon

By Douglas MacKinnon
LIST PRICE $27.00
PRICE MAY VARY BY RETAILER