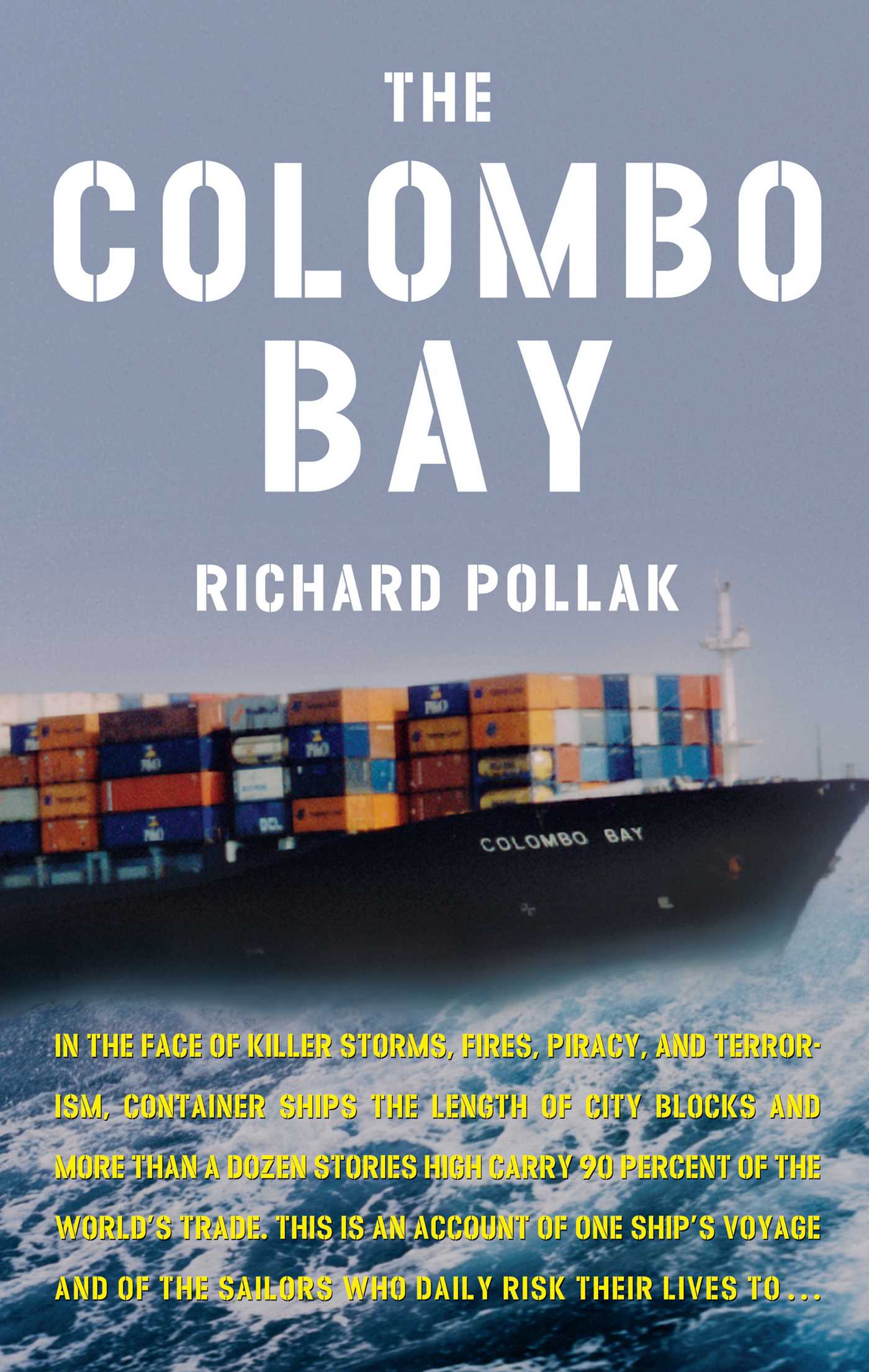 By Richard Pollak
LIST PRICE $13.99
PRICE MAY VARY BY RETAILER

In the face of killer storms, fires, piracy, and terrorism, container ships the length of city blocks and more than a dozen stories high carry 90 percent of the worlds trade. This is an account of one ship's voyage and of the sailors who daily risk their lives to deliver six million containers a year to United States ports alone. Inside these twenty-foot and forty-foot steel boxes are the thousands of imports -- from chinos and Game Boys to garlic and frozen shrimp -- without which North America's consumer society would collapse.

To explore this little-known and dangerous universe of modern seafaring, Richard Pollak joined the Colombo Bay in Hong Kong and over the next five weeks sailed with her and her 3,500 containers across the South China Sea, the Indian Ocean, the Mediterranean, and the Atlantic. En route, this mammoth vessel called at Singapore and Colombo, passed through the Suez Canal (toll: $250,000), then put in at Malta and Halifax before tangling with Hurricane Karen on the two-day run to New York. Here is the story of the ship's unheralded twenty-four-man company; of the unflappable British captain, Peter Davies, a veteran of four decades at sea; of Federico Castrojas, who like the rest of the hard-working Filipino crew must daily confront the loneliness of being away from his family for nine months at a stretch; of Simon Westall, the twenty-one-year-old third mate, who reveals what it is like to be gay in the broad-shouldered world of the merchant service.

It is a world where pirates in the Malacca Strait sneak up behind ships at night in fast power boats, then clamber aboard and either rob the unarmed sailors at gunpoint and escape into the dark or throw the crew into the sea and hijack the ship, plundering her cargo and sometimes repainting her and setting out to do business under another name and flag. It is a world where families desperate to get to the United States or Europe pay thousands of dollars to the Chinese Snakeheads and other criminal gangs, who secrete these wretched migrants in stifling containers; after a week or more at sea these stowaways arrive in the Promised Land either starving or dead.

Pollak sailed on September 13, 2001, into a changed world, on one of 7,000 container ships whose millions of uninspected boxes suddenly had become potential Trojan horses in which terrorists could transport weapons of mass destruction into the heart of the United States.

Throughout his riveting narrative, Pollak interweaves the insights of Herman Melville and Joseph Conrad, whose masterful portrayals of seafaring make the voyage of the Colombo Bay a dramatic reminder of what a hard and rarely reported life merchant seamen have always led out on the "unhooped oceans of this planet."

By Richard Pollak
LIST PRICE $13.99
PRICE MAY VARY BY RETAILER