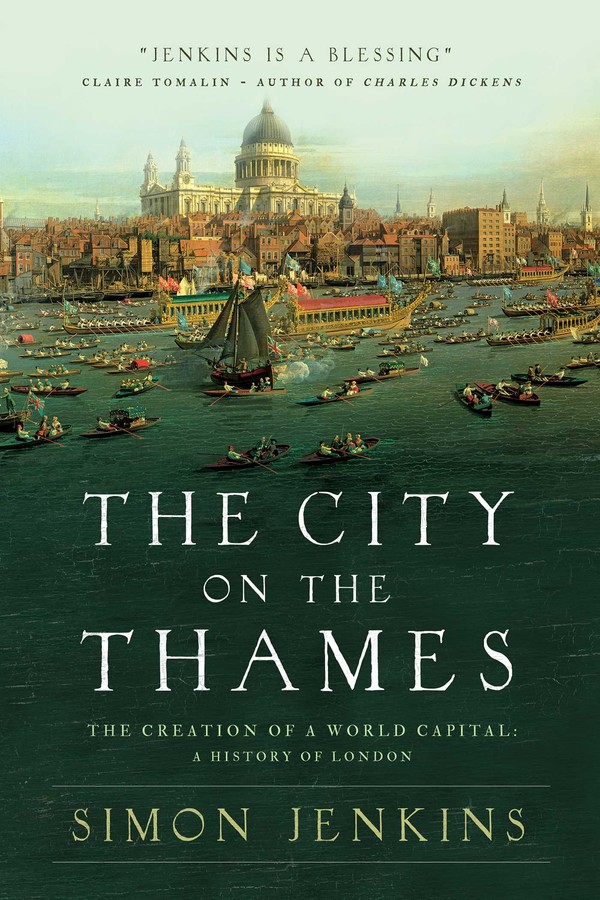 The City on the Thames

The Creation of a World Capital: A History of London

By the former editor of the London Times, a vivid, evocative, and deeply knowledgeable history of this unique world capital.

London: a settlement founded by the Romans, occupied by the Saxons, conquered by the Danes, and ruled by the Normans. This transformative place became a medieval maze of alleys and courtyards, later to be checkered with grand estates of Georgian splendor. It swelled with industry and became the center of the largest empire in history. And having risen from the rubble of the Blitz, it is now one of the greatest cities in the world.

From the prehistoric occupants of the Thames Valley to the preoccupied commuters of today, Simon Jenkins brings together the key events, individuals and trends in London's history to create a matchless portrait of the capital. He masterfully explains the battles that determined how London was conceived and built—and especially the perennial conflict between money and power.

Based in part on his experiences of and involvement in the events that shaped the post-war city, and with his trademark color and authority, Simon Jenkins shows above all how London has taken shape over more than two thousand years. Fascinating for locals and visitors alike, this is narrative history at its finest, from the most ardent protector of British heritage.

Simon Jenkins is author of the international bestsellers A Short History of England and A Short History of Europe. He is a former Editor of the Evening Standard and The Times, and is currently a columnist for the Guardian. He has served on boards involved in London's transport, housing, arts, and conservation. He has lived in London since infancy, in four of its boroughs, three of them north and one south of the river.

"Jenkins brings much knowledge and experience to his defence of London's streets, in this study of the battle for London’s appearance –why it looks as it does today, more variegated and visually anarchic than any comparable city.”

"For any reader seeking to understand how London became what it is today, especially how it looks on the ground, Jenkins’s book will be an essential stepping-off point. Jenkin’s passages on the architectural and ideological development of postwar London are masterly.”

"Simon Jenkins’s version of London history is more political, literary and architectural. His preferred theme is the continuous rivalry and interplay of business and government, represented respectively by the City and Westminster. An accessible history that is efficient, clear and readable.”

"Jenkins's handling of the preceding two millennia is clear and informative. There are nuggets of wisdom and insights. Accessible, clear, and readable.”

The City on the Thames

The Creation of a World Capital: A History of London