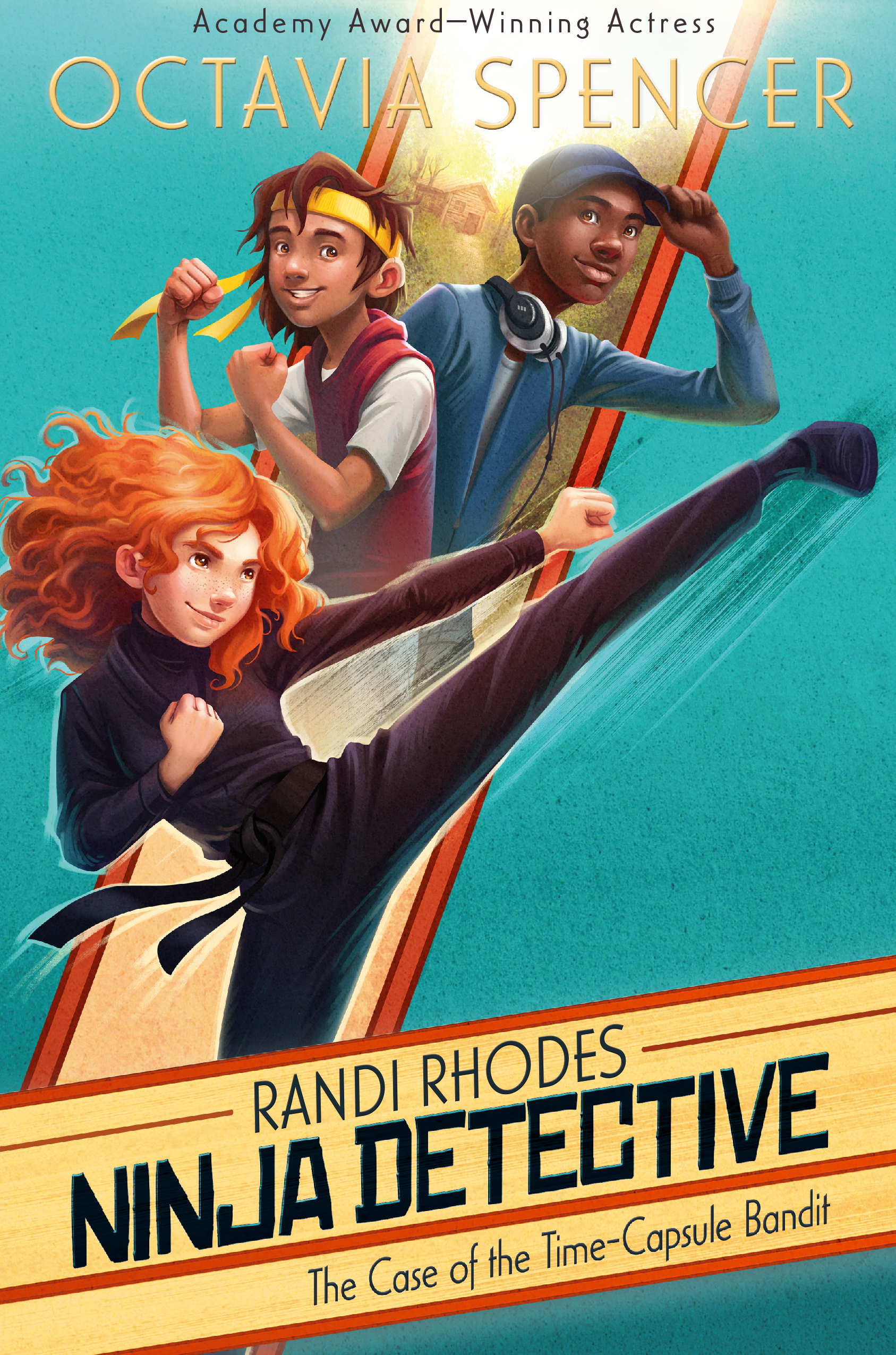 The Case of the Time-Capsule Bandit

Book #1 of Randi Rhodes, Ninja Detective
By Octavia Spencer
Illustrated by Vivienne To
LIST PRICE $16.99
PRICE MAY VARY BY RETAILER

Deer Creek is a small town whose only hope for survival is the success of their Founder’s Day Festival. But the festival’s main attraction, a time capsule that many people believe hold the town’s treasure, has gone missing.

Randi Rhodes and her best friend, D.C., are Bruce Lee–inspired ninjas and local detectives determined to solve the case. Even if it means investigating in a haunted cabin and facing mean old Angus McCarthy, prime suspect.

They have three days to find the treasure…the future of their whole town is at stake! Will these kids be able to save the day?

Down on the sidewalk, three stories below her bedroom window, the man in the navy suit checked over his shoulder to make sure no one was watching. It was six o’clock on a Friday morning. Most of Randi’s Brooklyn neighbors were still snuggled up in their beds, but Randi had gotten up at the crack of dawn, just as she had for the past three days. She’d been on a stakeout for over an hour, never budging from her post while she waited for the man to show up with his dog.

Randi snapped several photos of the man and a few more of his prissy white Pekingese. And when the pair hurried off around the corner, she zoomed in for a close-up of the mess that the dastardly villains had left behind. The pretty pink tulips she’d planted as bait in front of her house had been ripped up at the roots. The only things left behind were a hole in the ground and a sprinkling of soil on the sidewalk.

How many gardens have you destroyed? she thought. How many old ladies have woken up to find their pansies plucked and their rosebushes ransacked? How many kids won’t get to enjoy the first flowers they ever helped plant? How many lives have you made a little less beautiful? All because you’re too cheap to buy your flowers from a florist.

Randi downloaded the photos onto her computer and printed out a few of the best. The man in the pictures lived three blocks away. He’d been her prime suspect for quite some time. Front-yard flowers had been disappearing every morning since the man and his family had moved into the neighborhood. However, until now, the evidence against him had been circumstantial. Finally, Randi had proof.

Another case closed. Randi congratulated herself. She folded the pictures and stuffed them into an envelope. Then she typed out a note on her computer.

At 6:10 a.m. on the morning of June 15th, you were photographed stealing tulips from a garden on Bergen Street. Since you’re new to the neighborhood, you might not be aware that there are many fine florists within a few blocks of your home. From now on, please visit one of these businesses whenever you want a few freshly cut flowers. If you keep “weeding” your neighbors’ front yards, I’ll make sure that every gardener in Brooklyn knows who to thank.

Randi rooted through her desk for her favorite pen, a blue ballpoint with a chewed-up cap she’d found among her mom’s old things. She signed the letter Glenn Street.

A few hours later, with her belly full of breakfast, Randi shoved the envelope into the back pocket of her jeans and set off to make the delivery.

“Hey!” her dad called when he heard the front door open. “Where ya going?”

“Just for a walk around the block,” Randi told him. “I’ll be right back.”

“I hope so,” he said. “We’re leaving on Sunday and you haven’t even packed.”

Randi frowned. “I’m waiting for you to change your mind.”

“Not going to happen. So don’t disappear. And, hon?”

Be careful? Randi thought miserably as she stomped down the street. I’m not the one you should be worried about. What’s going to happen to the neighborhood if you drag me away? I keep these streets clean. I take the cases that the NYPD won’t bother with. Who else is going to catch all the litterbugs? Who’s going to bring Brooklyn’s bullies, plant snatchers, and pigeon nappers to justice?

When she reached the man’s house, she could see his white Pekingese peeping out of the parlor window. A vase filled with pretty pink tulips sat on a table next to the sofa. Randi scrambled up the building’s stoop and shoved her envelope through the mail slot. In the past, she would have tried to be more discreet. Who cares if they ID me? I’m leaving Brooklyn forever. Besides, maybe it’s time everyone knows I’m the real Glenn Street.

It stung a bit to think that none of the neighbors had ever figured it out. Randi might have solved thirty-two cases, but adults just saw a tall kid with knobby knees; fiery red ringlets; and a freckled, moon-shaped face. They never saw the real Miranda Rhodes. Most people in the neighborhood believed Randi’s dad was Brooklyn’s mysterious watchdog. After all, Glenn Street was the heroine of his bestselling detective books. But Herb Rhodes would usually laugh out loud whenever the subject was raised. He claimed he was flattered that a crime-fighting vigilante had decided to borrow his character’s name.

Randi wondered how he’d feel if he ever found out that the vigilante in question was his twelve-year-old daughter.

Go to Appendix A to complete the first Ninja Task! 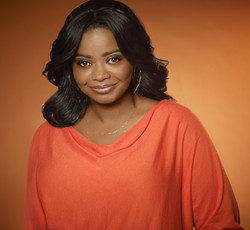 A veteran character actress and one of Hollywood’s most sought-after talents, Octavia Spencer has become a familiar fixture on both television and silver screen. Her critically acclaimed performance as Minny in the DreamWorks feature film The Help won her a 2012 Academy Award, a BAFTA Award, a Golden Globe Award, a SAG Award, and a Broadcast Film Critics’ Choice Award, among countless other honors. Octavia is a native of Montgomery, Alabama, and holds a BS in Liberal Arts from Auburn University. She lives in Los Angeles. Randi Rhodes, Ninja Detective: The Case of the Time-Capsule Bandit was her first novel.

The Case of the Time-Capsule Bandit

Book #1 of Randi Rhodes, Ninja Detective
By Octavia Spencer
Illustrated by Vivienne To
LIST PRICE $16.99
PRICE MAY VARY BY RETAILER