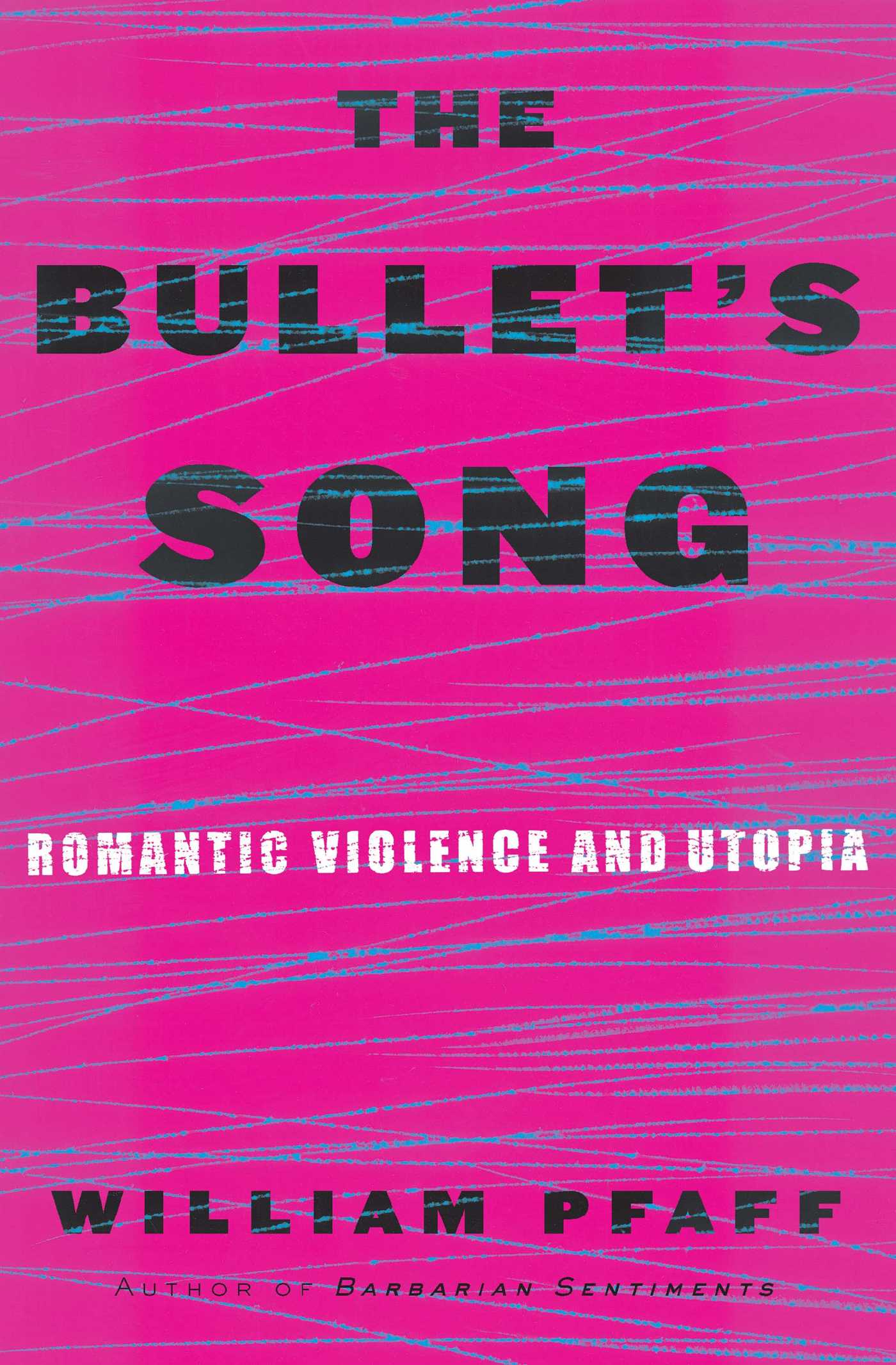 By William Pfaff
LIST PRICE $57.00
PRICE MAY VARY BY RETAILER

A hidden moral history of the twentieth century unfolds in William Pfaff's fascinating story of writers, artists, intellectual soldiers, and religious revolutionaries implicated in the century's physical and moral violence. They were motivated by romanticism, nationalism, utopianism -- and the search for transcendence. To our twenty-first century, already plunged -- once again -- into visionary terrorism and utopian quests, they leave a warning....
The account begins with Italy's Futurists, who glorified war as "the world's only hygiene"; painted speed, action, and noise; invented "found sound" and chromatic pianos; thought violence sublime; and demanded "reconstruction of the universe."
Gabriele D'Annunzio, poet, playwright, and nationalist buccaneer, created a revolutionary utopia in a Dalmatian city stolen in 1919 from Woodrow Wilson and the Versailles Treaty makers. In doing so, he invented the political style and rituals of Fascism, as well as Third World liberation. T.E. Lawrence, archaeologist and spy, guided the Arab revolt against the Turks, becoming both "Uncrowned King of Arabia" and masochist secular saint. Ernst Jünger, artist and scientist, the German army's most decorated hero of World War I, made heroism a political ideology and became intellectual leader of the National Cause. Hitler was a follower. In World War II Jünger plotted Hitler's assassination and survived to become a symbol of Franco-German reconciliation. Willi Münzenberg, Lenin's propaganda genius and an original member of the Comintern, invented the political "front" organization, created the Sacco and Vanzetti case, and seduced a generation of "innocents" to the Communist cause before becoming a dissident himself. He wasstrangled by Soviet agents in a French forest. André Malraux, fantasist "Byron of the 1930s," world-famous novelist, emulator of T.E. Lawrence, and make-believe leader of the Chinese revolution, discovered "that daydreaming gives rise to action." He created and led an air squadron for Republican Spain, wrote himself into the script of the French Resistance as a hero -- and became one. Arthur Koestler, the most famous scientific journalist in Europe, was a Comintern spy in Spain; condemned to death there, he abandoned the cause and wrote Darkness at Noon, the most influential anti-Communist work of its time, before committing suicide in 1976.
Others with roles in The Bullet's Song are Benito Mussolini, Filippo Tommaso Marinetti, Che Guevara, Charles de Foucauld, Simone Weil, Jean-Paul Sartre, Simone de Beauvoir, Europe's terrorists of the 1970s, and "Popski" -- Vladimir Peniakoff -- the honorable man who found happiness in leading his private army to war. 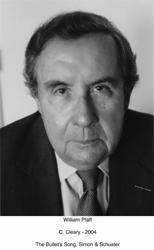 William Pfaff is a political columnist for The International Herald Tribune, London's The Observer, and other newspapers. A political essayist for The New Yorker from 1971 to 1992, he is the author of eight previous books, including Barbarian Sentiments: How the American Century Ends, a National Book Award finalist and winner of the City of Geneva's Prix Jean-Jacques Rousseau. He lives in Paris.

Strobe Talbott, President of the Brookings Institution A work that combines intellectual courage, passion, and discipline. By connecting the dots among a dozen or so emblematic lives -- and by tying together the insights he has accumulated during his own long career as an astute and eloquent commentator on politics and international affairs -- Pfaff helps make sense of the uniquely brutal century that has now passe into history and draws lessons for the one just begun.

Arthur Schlesinger, Jr. William Pfaff is a master at relating ideas and politics. The Bullet's Song illuminates our understanding of the violent twentieth century through fascinating studies of intense people at the mercy of intense ideas. If we wish to avoid the last century's utopian disasters, The Bullet's Song offers invaluable lessons for the future.

Walter LaFeber, Tisch University Professor, Cornell University In this stunningly original account of the West's contradictory love affair over the past century with both the idea of progress and the supposed benefits of mass violence, one of our most distinguished authors utilizes beautifully realized biographical sketches of leading and lesser-known twentieth-century figures to warn that this terrible love affair has direct, tragic meaning for our post-9/11 world.

William Greider, author of The Soul of Capitalism William Pfaff is brilliant, intriguing, and disturbing in this deep history of how our modern political civilization became a machine for massive killing. Millions of lives were -- still are -- sacrificed to the romantic longings of left and right for utopian futures. This dread disease may yet be curable, he guardedly allows, but this would require revival of a distinctly unmodern quality -- a sense of humility toward mortal existence itself.

James Chace, author of 1912 William Pfaff has given us a classic for our time -- beautifully written, deeply moving, and indispensable to our understanding of a world now threatened by terrorism and utopian ideologies.

By William Pfaff
LIST PRICE $57.00
PRICE MAY VARY BY RETAILER