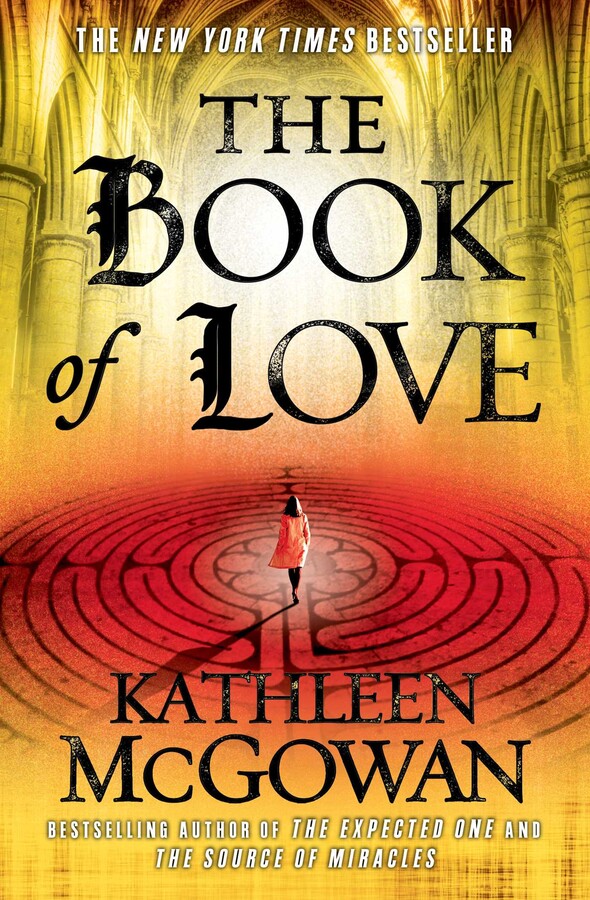 Maureen Paschal thought she might rest and work on her book after discovering the gospel written by Mary Magdalene that revealed Jesus and Mary Magdalene were married. The truth of their story rocked the world and made Maureen a target of those who did not like her discovery and a heroine to those who did.

Then Maureen receives a strange package containing what looks like an ancient letter written in Latin and signed with a symbol. She discovers that its author is an extraordinary woman whom history has overlooked -- or covered up -- Countess Matilda of Tuscany, and in the letter Matilda demands the return of her "most precious books and documents." Maureen soon finds herself in a race across Italy and France, where hidden dangers await her and her lover, Bérenger, as they begin to realize that they are on the trail of another explosive discovery: the Book of Love, the Gospel written in Jesus' own hand.

As Maureen learns more about Matilda, an eleventhcentury warrior countess who was secretly married to a pope, she begins to see the eerie connections between herself and Matilda, connections she must trace to their source if she is to stop the wrong people from finding the Book of Love and hiding it forever.

Weaving together Matilda's little-known true story and Maureen's thrilling search, The Book of Love follows two amazing heroines as their stories intertwine through time. Maureen is immersed in the mysteries of the labyrinth, the beautiful poetry of the Song of Songs, the world's greatest art and architecture, and Matilda's amazing legacy...until a potentially fatal encounter reveals the Book of Love to Maureen -- and to the reader.


1.      When Maureen begins having dreams about The Book of Love, she immediately plans to embark upon a search for the sacred text.  What factors motivate Maureen in her quest?


2.      What similarities does Maureen share with Matilda of Tuscany and the other Expected Ones? Compare and contrast Maureen’s and Matilda’s roles as Expected Ones within the context of their respective eras, taking into account religious, social, and political factors.


3.      Discuss the symbolism of the labyrinth. What does Isobel hope to illustrate by recounting the “labyrinth legend” (133) to Matilda? In what ways does the legend mirror events that take place in Matilda’s life?


4.      In medieval times, women were “pawns in the affairs of men, with no right to choose in their own future” (133). How was Matilda able to overcome the limitations imposed on women in that era? How was she not? Why was Matilda able to earn the adulation of her soldiers, which Conn asserts “was not in spite of the fact that she was a woman, but because she was a woman”?


5.      Maureen and Berenger parted ways under strained circumstances two years earlier, and she admits that while she’s attracted to him she has concerns about his reputation as a playboy. What ultimately brings them together? How does knowing that Berenger is the bearer of his own legacy as a Poet Prince alter Maureen’s feelings about their romantic relationship?


6.      Matilda and Gregory’s first meeting was “an intense, stimulating game of wit and banter, highly charged on both sides” (399). What attracts them to one another? Why are they each willing to risk their prominent standing—and possibly their lives—to have a relationship?


7.      Is Matilda and Gregory’s relationship one that is truly equal in power? How does their disagreement over Henry’s act of “penance” alter their relationship? What was the strategy behind Matilda’s decision to relinquish all of her property to the church—and into Gregory’s control?


8.      Matilda “was, in many respects, the first modern woman” (619), writes Kathleen McGowan. What examples from the book support this premise? What can women today learn from Matilda?


9.      How do the excerpts from The Book of Love and The Libro Rosso enhance the storyline? How does the tale of Solomon and Sheba in particular resonate throughout The Book of Love?


10.  How interested were you in reading The Book of Love for its theological premise? Did your own religious views affect your reading of The Book of Love? Why or why not? Has reading the book altered your religious outlook in any way?


11.  Discuss the theological implications of The Book of Love and The Libro Rosso. Why are they considered such a threat by the Vatican? Why do you suppose the idea of Jesus marrying Mary Magdalene and fathering children is such a disturbing notion to some religious leaders? If a document substantiating this premise were to come to light, how do you think it would be received by society?


12.  Father Girolamo de Pazzi lures Maureen to the crypt of Chartres Cathedral under false pretenses. Why does he later have a change of heart and allow Maureen to leave? Did you guess Father Girolamo’s true identity in the story before it was revealed? If so, what clues did you pick up on? Did the revelation of Destino as Longinus come as a surprise?


13.  Father Girolamo wants Maureen to “repent” and say that she forged the Magdalene gospel. Why does Maureen refuse to give in to his demand even at the risk of her life? How does she draw on her faith to see her through this situation?


14.  Have you also read The Expected One, the first book in the Magdalene Line series? If so, how does The Book of Love compare? In what ways have the characters, including Maureen, changed over the course of the two stories?


15.  In the Afterword, Kathleen McGowan writes, “In homage to the Lady Ariadne, I have attempted to weave a ‘clue’ for all of you to follow in and out of the labyrinth. As such, I have written this book using the ancient mystery school technique of ‘layered learning.’ The more you read it, the more veils will be removed and the more truths revealed.” What “clue,” if any, did you pick up on while reading The Book of Love? Are you inspired to re-read the novel a second time? Why or why not?


In addition to The Book of Love, read the first book in the Magdalene Line series, The Expected One, which features Maureen Pascal’s search for the gospels of Mary Magdalene.


Visit www.KathleenMcGowan.com for resources and background information about The Book of Love.


Learn more about the life of Matilda, the warrior countess, in Michele K. Spike’s biography Tuscan Countess: The Life and Extraordinary Times of Matilda of Canossa.


Decorate with lilies and roses. The beautiful blooms are “symbolic of Mary Magdalene.” 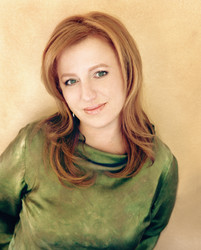 Kathleen McGowan is an internationally published writer whose work has appeared on five continents and in at least fifteen languages. She lives in Los Angeles with her husband and three sons. You can visit her website at www.theexpectedone.com.