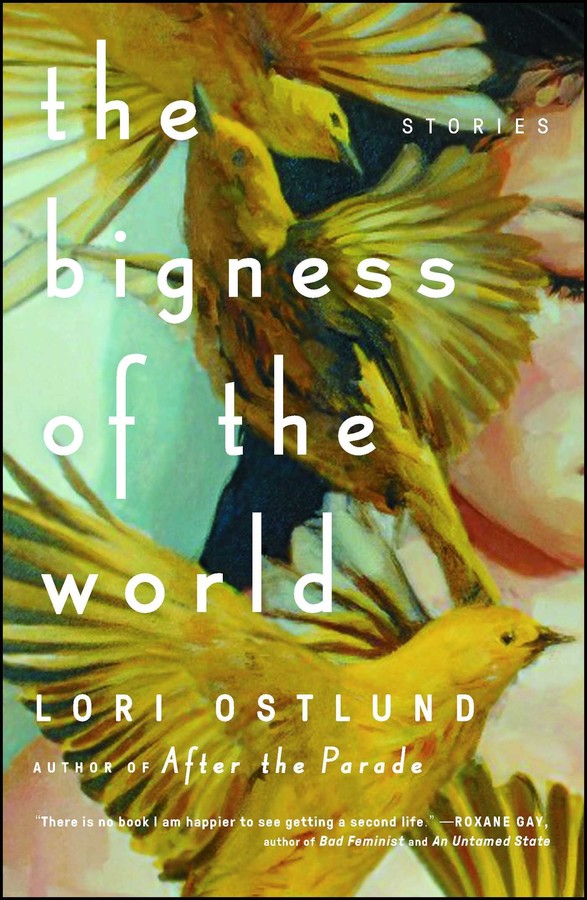 By Lori Ostlund
LIST PRICE $13.99
PRICE MAY VARY BY RETAILER

In Lori Ostlund’s award-winning debut collection, people seeking escape from situations at home venture out into a world that they find is just as complicated and troubled as the one they left behind.

In prose highlighted by both satire and poignant observation, The Bigness of the World contains characters that represent a different sort of everyman—men and women who poke fun at ideological rigidity while holding fast to good grammar and manners, people seeking connections in a world that seems increasingly foreign. In “Upon Completion of Baldness,” a young woman shaves her head for a part in a movie in Hong Kong that will help her escape life with her lover in Albuquerque. In “All Boy,” a young logophile encounters the limits of language when he finds he prefers the comfort of a dark closet over the struggle to make friends at school. In “Dr. Deneau’s Punishment,” a math teacher leaving New York for Minnesota as a means of punishing himself engages in an unsettling method of discipline. In “Bed Death,” a couple travels Malaysia to teach, only to find their relationship crumbling as they are accepted in their new environment. And in “Idyllic Little Bali,” a group of Americans gather around a pool in Java to discuss their brushes with fame and end up witnessing a man’s fatal flight from his wife.

“Ostlund constantly delights the reader with the subtlety of her insights as well as the carefulness of her prose” (San Francisco Chronicle), revealing that wherever you are in the world, where you came from is never far away. “Each piece is sublime” (Publishers Weekly, starred review). 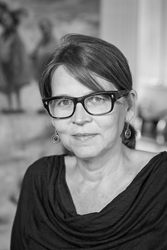 Lori Ostlund’s first collection of stories, The Bigness of the World, received the Flannery O’Connor Award for Short Fiction, the California Book Award for First Fiction, and the Edmund White Debut Fiction Award. It was shortlisted for the William Saroyan International Prize for Writing, was a Lambda finalist, and was named a Notable Book by The Short Story Prize. Her stories have appeared in Best American Short Stories and The PEN/O. Henry Prize Stories, among other publications. In 2009, Lori received a Rona Jaffe Foundation Award. She is the author of the novel, After the Parade and lives in San Francisco.

"There is no book I am happier to see getting a second life."

– Roxane Gay, author of Bad Feminist and An Untamed State

“The world is both terrifyingly huge and unbelievably small for the cast of characters in this debut collection from Ostlund…But despite these stories' pervasive, powerful sadness, which always requires reflection and pause at each of their closings, their flawless execution—all tenderness, dark humor, and full realization—compels the reader onward. Ostlund will certainly soon be marking her place among writers like Michelle Huneven, Shirley Jackson, Alice Munro, Dorothy Allison, and Karen Joy Fowler—masters of their own devastating, immersive universes. An achingly beautiful collection as unpredictable and resonant as life itself.”

“Ostlund’s remarkable debut collection deftly navigates the treacherous shoals of decaying relationships in which the protagonists often escape to faraway lands in order to find themselves, or, at the very least, their partners...Ostlund’s artful prose is playfully complex and illuminating, evocative and unsentimental…Each piece is sublime.”

“The Bigness of the World brings to mind the work of Flannery O'Connor and other Southern Gothic writers such as William Faulkner, Truman Capote and Carson McCullers...Like O'Connor, Ostlund enables us to step back from everyday life's banalities and see how completely we are estranged from each other—and connected to each other.”

“The Bigness of the World is simply a stunning collection—every story jewel-crafted and resonant…This is a book to remake our imaginary landscape—the kind of book I not only recommend, I advocate. Read this, I want to tell people. You need these stories. You do.”

– Dorothy Allison, author of Bastard Out of Carolina and Trash

"Ostlund, whose work has been included in the Best American and also PEN/O. Henry Prize Stories, is a writer to watch. She constantly delights the reader with the subtlety of her insights as well as the carefulness of her prose, as we find that beneath the comic observations of cultural misunderstanding, or a couple's quirky habits, lies a genuine melancholy—and the sense that while there is absurdity in reticence, there is sadness in it too."

By Lori Ostlund
LIST PRICE $13.99
PRICE MAY VARY BY RETAILER