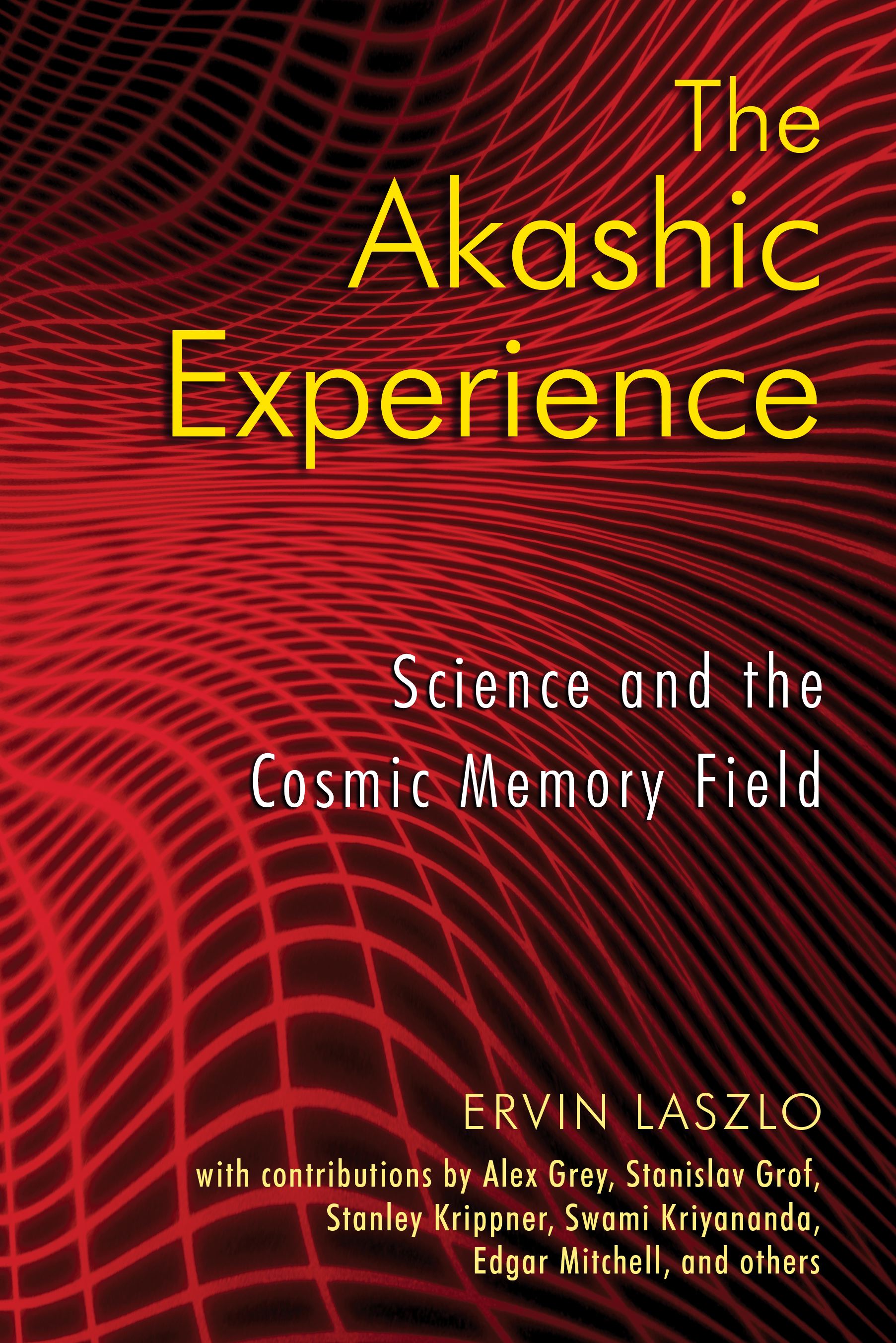 Science and the Cosmic Memory Field

By Ervin Laszlo
LIST PRICE $16.95
PRICE MAY VARY BY RETAILER

Knowing or feeling that we are all connected to each other and to the cosmos by more than our eyes and ears is not a new notion but one as old as humanity. Traditional indigenous societies were fully aware of nonmaterial connections and incorporated them into their daily life. The modern world, however, continues to dismiss and even deny these intangible links--taking as real only that which is physically manifest or proved “scientifically.” Consequently our mainstream culture is spiritually impoverished, and the world we live in has become disenchanted.

In The Akashic Experience, 20 leading authorities in fields such as psychiatry, physics, philosophy, anthropology, natural healing, near death experience, and spirituality offer firsthand accounts of interactions with a cosmic memory field that can transmit information to people without having to go through the senses. Their experiences with the Akashic field are now validated and supported by evidence from cutting-edge sciences that shows that there is a cosmic memory field that contains all information--past, present, and future. The increasing frequency and intensity of these Akashic experiences are an integral part of a large-scale spiritual resurgence and evolution of human consciousness that is under way today.

Pim van Lommel, a Dutch cardiologist, started his research on neardeath experiences in 1986. He received the Bruce Greyson Research Award on behalf of the International Association of Near-Death Studies in 2005 and in 2006 received the Life Time Achievement Award at the World Congress on Clinical and Preventive Cardiology.

Some people who have survived a life-threatening crisis report an extraordinary conscious experience. I begin this report with the story of a woman who had a near-death experience during delivery.

Suddenly I realize I am looking down at a woman who is lying on a bed with her legs in supports. I see the nurses and doctors panicking, I see a lot of blood, I see large hands pressing down hard on the woman’s belly, and then I see the woman giving birth to a child. The child is immediately taken to another room. I know it’s dead. The nurses look dejected. Everybody is waiting. My head is knocked back hard when the pillow is pulled away. Once again, I witness a great commotion. Swift as an arrow I fly through a dark tunnel. I am engulfed by an overwhelming feeling of peace and bliss. I hear wonderful music. I see beautiful colors and gorgeous flowers in all sorts of colors in a large meadow. At the far end is a beautiful, clear, warm light. I see a figure in a light garment. This figure is waiting for me and extends her hand. I feel that I am warmly and lovingly expected. We proceed hand in hand to the beautiful and warm light. Then she lets go of my hand and turns around. I feel that I am pulled back. I notice a nurse slapping me hard on my cheeks and calling me.

My reception here in this world was cold, frosty, and above all loveless. The nurse I tried to share my experience with dismissed it by saying I would soon receive some more medication so I could sleep soundly and then it would be all over. All over? I didn’t want it to be over. I wanted to go back. The gynecologist told me I was still young, I could have plenty more children, and I should just move on and focus on the future. I stopped telling my story. I kept silent. Even I had stopped believing myself.

As a cardiologist I have had the privilege of meeting many patients who have shared their near-death experiences with me. The first time this happened was in 1969, the year I started my cardiology training. In the coronary care unit the alarm suddenly went off. The monitor showed that the electrocardiogram (ECG) of a patient with a myocardial infarction had become flat. The man had a cardiac arrest (clinical death). After two electric shocks and a spell of unconsciousness lasting some four minutes, the patient regained consciousness, much to the relief of the nursing staff and attendant doctor. That attendant doctor was I.

Following the successful resuscitation everyone was pleased, except the patient. To everyone’s surprise he was extremely disappointed. He spoke of a tunnel, of colors, of a light, of a beautiful landscape, and of music. He was extremely emotional. The term near-death experience didn’t yet exist, nor had I ever heard of people having any recollection of the period of their cardiac arrest. In fact, I had learned that such a thing is impossible: being unconscious means not being aware. In the event of a cardiac arrest, a patient is unconscious, has stopped breathing, and has no palpable pulse or blood pressure. I had been taught that at such a moment it’s simply impossible to be conscious or to have memories because all brain function has ceased.

Although I never forgot the successfully resuscitated patient from 1969, I had never done anything with the experience. This changed in 1986 when I read George Ritchie’s book about near-death experiences, Return from Tomorrow. When suffering double pneumonia as a medical student in 1943, Ritchie had experienced a period of clinical death. At the time, antibiotics such as penicillin were not yet widely used. Following a period of very high fever and extreme tightness of the chest, he passed away: he stopped breathing and his pulse had gone. He was pronounced dead by a doctor and covered with a sheet. But a male nurse was so upset by the death of this medical student that he managed to persuade the attendant doctor to administer an adrenalin injection in the chest near the hear--a most unusual procedure in those days. Having been “dead” for more than nine minutes, George Ritchie regained consciousness, to the immense surprise of the doctor and nurse.

It turned out that during his spell of unconsciousness, the period in which he had been pronounced dead, he had had an extremely deep experience of which he could recollect a great many details. At first he was quite unable and afraid to talk about it. Later he wrote his book about what happened to him in those nine minutes.

After reading his book I kept asking myself how someone could possibly experience consciousness during cardiac arrest, and indeed whether this is a common occurrence. That’s why, in 1986, I started systematically asking all the patients at my out-patient clinic who had ever undergone resuscitation whether they had any recollection of the period during their cardiac arrest. I was more than a little surprised to hear, within the space of two years, twelve reports of such a near-death experience among just over fifty survivors of cardiac arrest. Prior to making these inquiries, I had not heard of such reports, except for that first time in 1969. I had not inquired after them either, because I had not been open to them. After all, according to current medical knowledge, it’s impossible to experience consciousness when one’s heart has stopped beating.
Ervin Laszlo

"The 20 accounts make fascinating reading, testifying to the fact that we are subtly yet effectively linked with each other, with nature, and with the cosmos. It inspires solidarity, love, empathy, and a sense of responsibility for each other and the environment. These are ineluctable elements of the mind-set we need to pull out of the global crisis that threatens our world and to create peace and sustainability on this perilously ravaged planet."

" . . . truly ground breaking in its attempt to give a measure of organization to the known and some sense of identity to the unknown. The human language, as it presently exists, simply does not have the eloquence to deal with the 'thought downloads' that we are dealing with in this sphere of experience."

"Laszlo sees hope in the expanding horizons of scientific research and adds a note on his own experience of the infinite Akasha."

"Laszlo has really delivered with this collection of varied experiences of the Akashic Field. It is reassuring to know that there are a lot of people out there willing to open their minds to new methods of thinking and perception, guiding us along the uncertain path we now walk, on the one side faith in the unknown, the uncertain; onthe other, solid scientific evidence. Up ahead the two shall meet and become one, and this reviewer hopes humanity one day comes to bathe in the shining light."

"Laszlo provides thought-provoking material as he continues to explore the nature of the universe and the field of awareness that connects us all."

“. . . Laszlo remains an intriguing and inspiring ambassador from the domain of Akashic advenutreland.”

“The Akashic Experience is a collection of essays by twenty noted cultural and scientific leaders, each describing their experiences with what the book terms Akashic Field - a cosmic memory field that contains all information, past, present and future. . . The authors note the increasing frequency and intensity with which experiences with the Akashic Field are being reported, and which are forming part of the large-scale spiritual resurgence and evolution in human consciousness taking place today.”

Science and the Cosmic Memory Field

By Ervin Laszlo
LIST PRICE $16.95
PRICE MAY VARY BY RETAILER