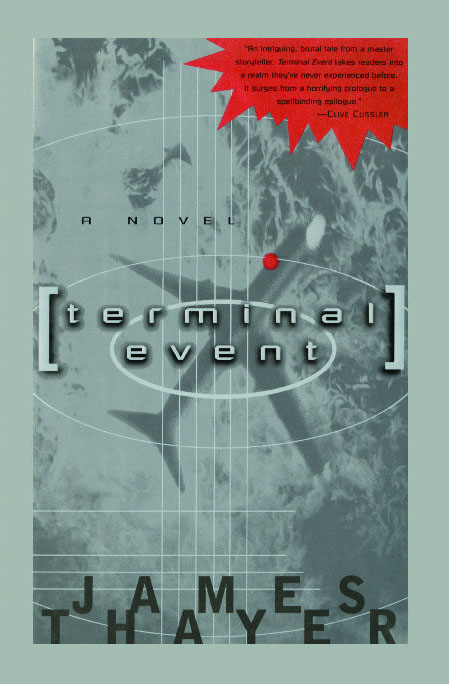 When Joe Durant gets news of an airplane crash outside Seattle, a "terminal event" with no survivors, the distressed former National Transportation Safety Board investigator rushes to the site -- his wife was one of the passengers. Desperate to find answers for his devastated fifteen-year-old daughter, his hunt for clues becomes obsessive. But while he meticulously wades through the wreckage and collects evidence pointing to sabotage, higher powers are determined to blame the tragedy on pilot error.
Now the bomber has stepped forward and promised to strike again within ten days...and Durant must race to avert another ghastly catastrophe.
Exploring the grimly fascinating world of NTSB crash investigators in riveting, authentic detail, Terminal Event is a page-turning suspense thriller whose shocking ending will leave you gasping.

James Thayer, a former attorney, is the author of Force 12, Terminal Event, White Star, and Five Past Midnight. He lives in Seattle.