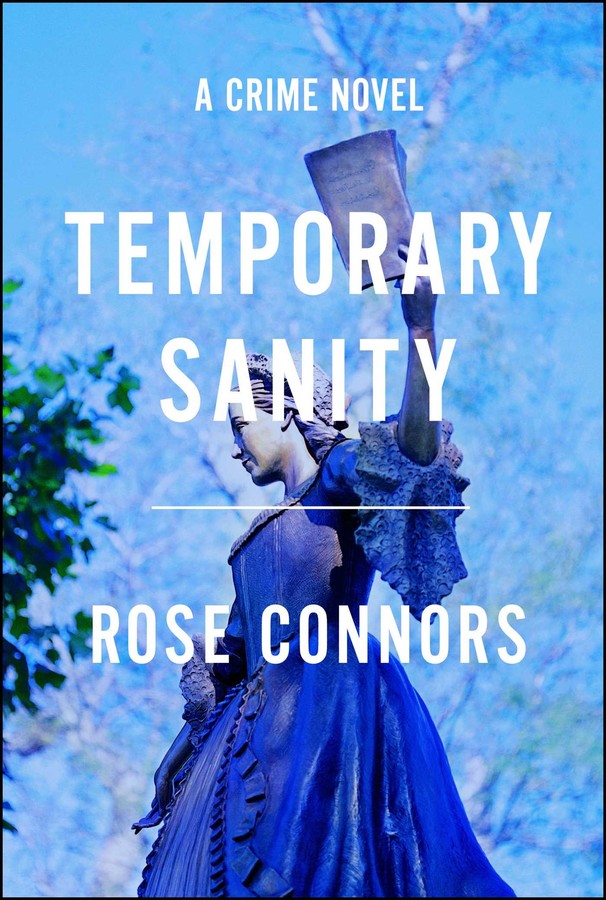 By Rose Connors
LIST PRICE $21.95
PRICE MAY VARY BY RETAILER

A brilliant new legal thriller, set on colorful Cape Cod, from the author whose debut novel, Absolute Certainty, won raves for its fresh voice and its passion for the law.

When can a citizen become a killer? Is homicidal insanity ever a moral or legal justification for murder? And what should a jury do when the facts are clear but they don't tell the real story?

Cape Cod attorney Marty Nickerson, until recently a Massachusetts prosecutor, must ask herself those questions in her new role as defense attorney for client Buck Hammond.

The charge is murder one. When Buck's seven-year-old son was raped and killed by pedophile Hector Monteros, Buck took justice into his own hands. Unfortunately, the TV cameras were rolling as Buck aimed his hunting rifle at Monteros's head.

The only viable defense is insanity, but the grieving father refuses to say he was crazy when he pulled the trigger. Marty, teaming with Harry Madigan, her partner in love and law, has a tough case. How can the jury acquit Buck when the shooting is right there on the screen for all to see?

Marty and Harry and their young assistant, Kevin Kydd, are already stretched thin when, on the very eve of the trial, a battered and bleeding woman staggers into their office. She's in deep trouble -- her attacker's body has just been found, viciously stabbed, and he's an officer of the court. Now Marty has two seemingly impossible battles to win against her former colleagues.

But losing a verdict may be the least of Marty's worries, as her efforts soon lead to shocking revelations that bring fear to the Cape and devastating changes to Buck's trial. Well, who said being a defense attorney was going to be easy?

With her energetic prose, her insider's expertise, and her exuberant storytelling, Rose Connors establishes herself as a unique and refreshing new crime-writing star.

"Your client is a vigilante, Martha. He blew a man away on live television, for Christ's sake. We'll get murder one at trial; the jury won't have any choice. Murder two is a gift. I can't do any better than that."

Geraldine Schilling points a finger-gun at me and fires. She's the newly elected District Attorney in Barnstable County, a jurisdiction that includes all the towns on Cape Cod. She's our first female DA, and she won the election by a landslide with her "tough on crime" campaign. She plans to improve her margin the next time around. And she thinks this case will help her do it.

Technically, Geraldine is still the First Assistant to the incumbent District Attorney, Rob Mendell. His term won't expire until the end of this month. Geraldine's been the First Assistant for eighteen years now, and I worked with her for ten of them, until about six months ago. This is the first time I've looked at Geraldine from the opposite side of the table. She's formidable.

Some prosecutors -- maybe even Rob Mendell -- would go easy on my client. This is no ordinary case. But not Geraldine. And the fact that she's not yet sworn in as top dog is of little consequence. Geraldine Schilling is in charge around here. She always has been.

"Then why did you call me, Geraldine? What is there to discuss?"

She's been on her feet throughout our meeting; Geraldine almost never sits down. She stares at me from behind her imposing oak desk, perhaps considering my question, more likely trying to decide if I'm bluffing. She drags hard on her cigarette, stubs it out in a crowded ashtray on the desktop, and folds her thin arms across her tailored jacket. She doesn't answer, though. She tilts her blond head to one side and half-smiles. Her pale green eyes dart over my shoulder as she blows a steady stream of smoke my way.

I don't have to turn around to know that Geraldine's new sidekick, the soon-to-be First Assistant, is about to join us. J. Stanley Edgarton III always clears his throat before he speaks. It's an annoying practice designed to alert all of us that his words are coming, lest we miss one of them.

"Reality, Attorney Nickerson," he drones at my back. "Perhaps we should discuss reality."

Geraldine hired Stanley a month ago -- stole him, actually, from the New Bedford office -- to replace me. A meticulous, prissy sort of man, he leaves behind an enviable track record. Stanley tried a dozen homicide cases during his eight-year career in New Bedford. He won them all. He doesn't intend to lose this one.

"You do have some grasp on reality, don't you, Attorney Nickerson?"

Geraldine's office is spacious, but Stanley positions himself so that the tips of his tasseled shoes almost touch my boots. He does it on purpose. He's always too close, always making me feel there isn't enough oxygen in the room for both of us.

I move away from him and head for the door. "If that's the best you can do, Geraldine, we're going to trial."

Stanley inserts himself in my path. "And your client's defense, Attorney Nickerson, what might that be?"

My silent glare doesn't deter him. He sidles toward me, eliminating the space I had put between us, and picks up a videotape from the edge of Geraldine's orderly desk. He holds it in front of my face for a moment -- as if I might not otherwise notice -- before he moves toward the VCR.

"Perhaps it's...Gee, I didn't mean to gun him down in front of so many people. That's a good defense."

Stanley pops the tape into the slot and watches intently, a savage glee in his eyes, as the television screen lights up. He's seen this tape before, of course. We all have.

"Or maybe it's...Oops, I just meant to stand there holding the weapon. That might work."

Stanley sports a vicious smile as an olive green military chopper appears on the small screen, descending to the only runway at Chatham Municipal Airport. When it lands, Stanley turns away from the TV and watches me instead.

A half dozen squad cars, and at least as many press vans, greet the chopper. Its door opens and Hector Monteros emerges, hands cuffed behind his back. He begins his descent to the floodlit runway, an armed guard on the steps ahead of him, another right behind. All three men lean forward, into the wind. The first hint of dawn is on the horizon.

In the lower-right corner of the screen, behind the wall of police cruisers and press vans, Buck Hammond steps from the hangar's shadow. He's my client. He stands perfectly still until Monteros and his escorts reach the runway. Then he raises a hunting rifle and fires. Monteros drops like a felled tree.

Stanley's still smiling. "Or maybe it's...Darn, I didn't realize those TV cameras were rolling. Now, there's a defense. One of my favorites."

Stanley is shorter than I am -- he's shorter than most people, for that matter -- and I examine the top of his bulbous head before I respond. Sparse, almost colorless hair parts just above his right ear, long strands of it combed over his pink scalp, the wispy ends just touching the top of his left ear. Beneath his vast forehead sit muddy brown eyes, too small for the head that holds them, too dark for the pasty skin that surrounds them.

He smiles up at me, apparently delighted by his own humor, revealing tiny, discolored teeth. "You people..." he says, shaking his head, a thick vein pulsing across his forehead. I've noticed that vein before; it turns blue when he's mad. And J. Stanley Edgarton III seems to get mad a lot.

Stanley has been calling us "you people" since he got here. New Bedford is only about thirty miles away, just on the other side of the bridge, but Stanley seems to regard Cape Codders -- some of us, anyway -- as an alien species. He turns his back to me, flicks off the TV, and wipes his hands together. I'm dismissed.

Members of the New Bedford defense bar warned us about Stanley. He's an odd one, to put it mildly. He takes pride in being the first person in the courtroom each day, they report. He greets all trial participants upon their arrival, thereby establishing himself as the man in charge. For lay witnesses, people unfamiliar with courtroom procedure, Stanley even assigns seats. He is, in his own mind, one powerful fellow.

It's going to be a long week.

"See you tomorrow," I tell him.

Stanley faces me again, still shaking his large skull, his expression suggesting he pities my inability to see the light. "Looking forward to it." His forehead vein throbs steadily.

I head for the office door, hoping I've dropped no hint of how worried I am. Buck Hammond had his reasons. And Monteros got precisely what he deserved. But that videotape is damning.

Geraldine leans across her desk toward Stanley as I head for her office door. I catch her words just before the heavy wooden door slams shut behind me. "Don't underestimate her," she says. I can't help but smile. Coming from Geraldine Schilling, that's high praise indeed. 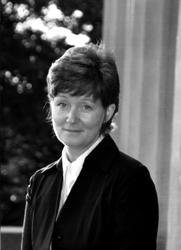 Rose Connors, whose debut novel, Absolute Certainty, won the Mary Higgins Clark Award, grew up in Philadelphia and received her law degree from Duke in 1984. A trial attorney for eighteen years, she's had experience from the prosecutorial and defense sides of the courtroom, and has exasperated any number of judges in both capacities. She is admitted to practice in both Washington State and Massachusetts and lives with her family on Cape Cod, where she is at work on the next Marty Nickerson novel.

By Rose Connors
LIST PRICE $21.95
PRICE MAY VARY BY RETAILER