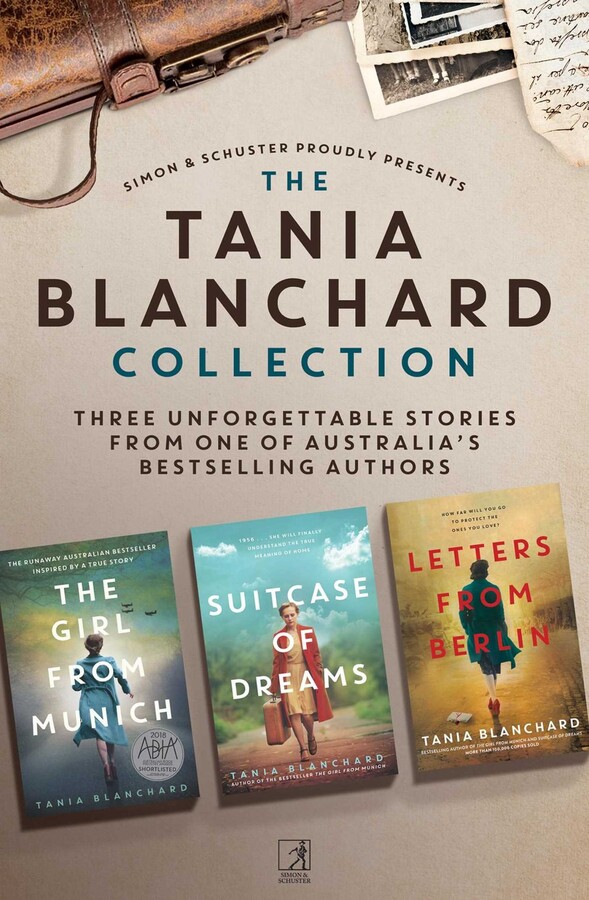 The Girl from Munich, Suitcase of Dreams, Letters from Berlin

By Tania Blanchard
LIST PRICE $10.99
PRICE MAY VARY BY RETAILER

The Girl From Munich

1943 ... The choices she makes will change her life forever.

Growing up in Hitler’s Germany, Charlotte von Klein has big dreams for the future. Her mind is full of plans for a sumptuous wedding to her childhood sweetheart Heinrich while working for the Luftwaffe, proudly giving her all for the Fatherland.

But in 1943, the tide of the war is turning against Germany, and Lotte’s life of privilege and comfort begins to collapse around her. As Hitler’s Reich abandons Germany and the country falls to the Allied forces, Lotte is forced to flee from the unfolding chaos to the country with the darkly attractive Erich Drescher, her Luftwaffe superior.

Amid the danger, pain and heartbreak, Lotte must forge a new life for herself. But as the country struggles to find its future, shadows of the past come rushing back and Lotte finds herself questioning everything she has fought for – love, duty and freedom.

After enduring the horror of Nazi Germany and the chaos of postwar occupation, Lotte Drescher and her family arrive in Australia in 1956 full of hope for a new life. It’s a land of opportunity, where Lotte and her husband Erich dream of giving their children the future they have always wanted.

After years of struggling to find their feet as New Australians, Erich turns his skill as a wood carver into a successful business and Lotte makes a career out of her lifelong passion, photography. The sacrifices they have made finally seem worth it until Erich’s role in the trade union movement threatens to have him branded a communist and endanger their family. Then darker shadows of the past reach out to them from Germany, a world and a lifetime away.

As the Vietnam War looms, an unexpected visitor forces Lotte to a turning point. Her decision will change her life forever . . . and will finally show her the true meaning of home.

As the Allied forces edge closer, the Third Reich tightens its grip on its people. For eighteen-year-old Susanna Göttmann, this means her adopted family including the man she loves, Leo, are at risk.

Desperate to protect her loved ones any way she can, Susie accepts the help of an influential Nazi officer. But it comes at a terrible cost – she must abandon any hope of a future with Leo and enter the frightening world of the Nazi elite.

Yet all is not lost as her newfound position offers more than she could have hoped for … With critical intelligence at her fingertips, Susie seizes a dangerous opportunity to help the Resistance.

The decisions she makes could change the course of the war, but what will they mean for her family and her future? 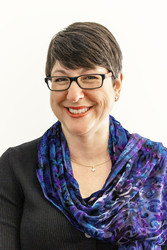 (c) Jacalin King
Tania Blanchard
Tania Blanchard writes historical fiction inspired by her family history. She grew up listening to her grandparents’ fascinating tales of life during World War Two and migrating to Australia. Coming from a family with rich cultural heritage, stories have always been in her blood. Her first novel, The Girl from Munich, was a runaway bestseller and shortlisted for the ABIA Best New Writer Award. Tania lives in Sydney with her husband and three children where she can often be found in the kitchen, cooking up a storm for her family, including her two cheeky dogs who think they’re human too.

To find out more, sign up to Tania's newsletter at www.taniablanchard.com.au or follow her at:
www.facebook.com/TaniaBlanchardAuthor
www.instagram.com/taniablanchardauthor

‘Captures the intensity of a brutal and unforgiving war, successfully weaving love, loss, desperation and, finally, hope into a gripping journey of self-discovery.’

‘An epic tale, grand in scope … Packs an emotional punch that will reverberate far and wide.’

‘A tumultuous journey across the country, from order to bedlam, and from naive acceptance of the status quo to the gradual getting of political wisdom.'

The Girl from Munich, Suitcase of Dreams, Letters from Berlin

By Tania Blanchard
LIST PRICE $10.99
PRICE MAY VARY BY RETAILER