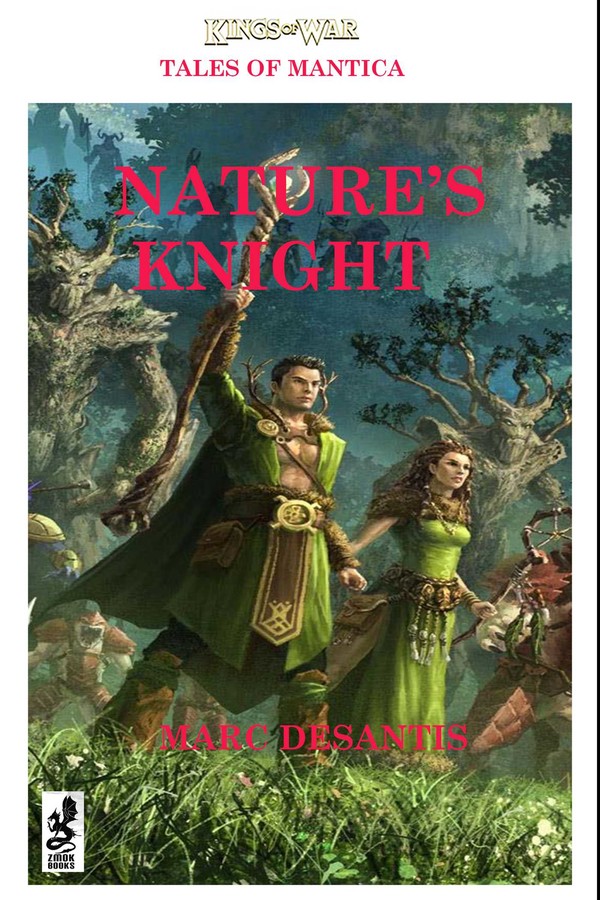 Part of Kings of War
By Marc DeSantis
LIST PRICE $18.00
PRICE MAY VARY BY RETAILER

Young Dillen Genemer has walked away from his life as a paladin knight of Basilea, and now serves the Green Lady as her champion. He is still largely uncertain of what she desires of him and what his role is to be as one of her Sworn Swords. He has made one last journey to the Golden Horn to explain his decision to his father, who does not understand at all what his son is doing. Dillen gives up everything he once had. Departing the city, he undertakes a mission to learn the fate of a druid who has gone missing in Valentica. He takes ship, but this vessel has a brush with pirates, and then encounters a storm, which blows it far off course.

Reaching the city of Lantor, Dillen discovers that plague has swept through it, and his entry is barred. With storms continuing to trouble the northern shores, he decides instead to go by road. The way ahead is dangerous, as turmoil has engulfed the Successor kingdoms in the wake of the Abyssal Wars. He falls in with a party of merchants, unemployed soldiers, circus performers, a troupe of actors, tradesmen, and sundry other travelers who have banded together for safety. The merchants are journeying to the Euhedral Library, the “Manse of A Thousand Thousand Books,” to sell rare books and scrolls to the Keepers. As the party heads north, it is menaced by an unpaid mercenary band that has taken to brigandage.

Dillen becomes friendly with the dwarf locksmith, Egil Badeyes, Imariel, an elf bard, and Endrik Wool, an older, war-weary human mercenary soldier. Other members of the traveling party are Ilonara Adessa, an aging Valentican courtesan returning home to establish a finishing school for young ladies; Ozweld Galban, a former Basilean monk with too much fondness for drink; and Albredo Sessare, a failed Genezan merchant skipper and one-time pirate captain vexed by heavy debts. All of these people and more are the flotsam and jetsam Dillen finds on the road.

It is Lord Bogast’s Company of mercenaries that troubles the travelers the most while they are on the road to the Euhedral Library. Bogast’s men are hardened fighters now out of work since the end of the Abyssal wars. They roam the chaotic landscape of the Successor kingdoms extracting tolls from passersby and stealing what they can.

The mercenaries threaten the Library, which sits at the center of a small and poorly defended university town in the westlands. The band of friends helps to defend the Library from the brigands, but then, in the conclusion of the story, their problems increase many times over when a horde of seaborne Varangur raiders pours out of the north to lay siege to the Library. All - Dillen, his friends, the merchants, and the mercenaries - must cooperate to prevent the destruction of the Library and its priceless and irreplaceable collection of books.

Part of Kings of War
By Marc DeSantis
LIST PRICE $18.00
PRICE MAY VARY BY RETAILER

More books in this series: Kings of War