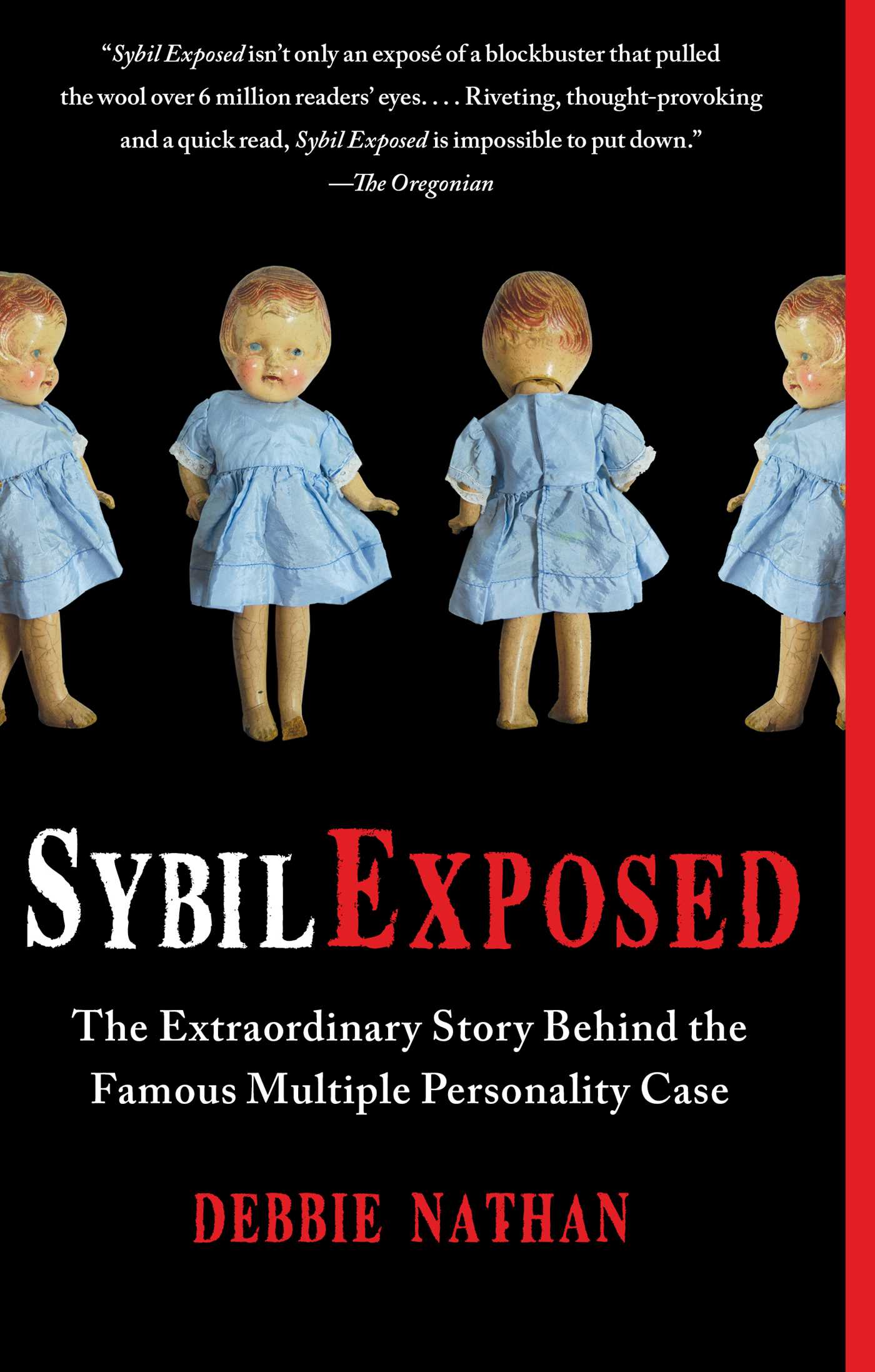 By Debbie Nathan
LIST PRICE $13.99
PRICE MAY VARY BY RETAILER

Sybil: a name that conjures up enduring fascination for legions of obsessed fans who followed the nonfiction blockbuster from 1973 and the TV movie based on it—starring Sally Field and Joanne Woodward—about a woman named Sybil with sixteen different personalities. Sybil became both a pop phenomenon and a revolutionary force in the psychotherapy industry. The book rocketed multiple personality disorder (MPD) into public consciousness and played a major role in having the diagnosis added to the psychiatric bible, Diagnostic and Statistical Manual of Mental Disorders.

But what do we really know about how Sybil came to be? In her news-breaking book Sybil Exposed, journalist Debbie Nathan gives proof that the allegedly true story was largely fabricated. The actual identity of Sybil (Shirley Mason) has been available for some years, as has the idea that the book might have been exaggerated. But in Sybil Exposed, Nathan reveals what really powered the legend: a trio of women—the willing patient, her ambitious shrink, and the imaginative journalist who spun their story into bestseller gold.

From horrendously irresponsible therapeutic practices—Sybil’s psychiatrist often brought an electroshock machine to Sybil’s apartment and climbed into bed with her while administering the treatment— to calculated business decisions (under an entity they named Sybil, Inc., the women signed a contract designating a three-way split of profits from the book and its spin-offs, including board games, tee shirts, and dolls), the story Nathan unfurls is full of over-the-top behavior. Sybil’s psychiatrist, driven by undisciplined idealism and galloping professional ambition, subjected the young woman to years of antipsychotics, psychedelics, uppers, and downers, including an untold number of injections with Pentothal, once known as “truth serum” but now widely recognized to provoke fantasies. It was during these “treatments” that Sybil produced rambling, garbled, and probably “false-memory”–based narratives of the hideous child abuse that her psychiatrist said caused her MPD. Sybil Exposed uses investigative journalism to tell a fascinating tale that reads like fiction but is fact. Nathan has followed an enormous trail of papers, records, photos, and tapes to unearth the lives and passions of these three women. The Sybil archive became available to the public only recently, and Nathan examined all of it and provides proof that the story was an elaborate fraud—albeit one that the perpetrators may have half-believed.

Before Sybil was published, there had been fewer than 200 known cases of MPD; within just a few years after, more than 40,000 people would be diagnosed with it. Set across the twentieth century and rooted in a time when few professional roles were available to women, this is a story of corrosive sexism, unchecked ambition, and shaky theories of psychoanalysis exuberantly and drastically practiced. It is the story of how one modest young woman’s life turned psychiatry on its head and radically changed the course of therapy, and our culture, as well.

By clicking 'Sign me up' I acknowledge that I have read and agree to the privacy policy and terms of use. Free ebook offer available to NEW US subscribers only. Offer redeemable at Simon & Schuster's ebook fulfillment partner. Must redeem within 90 days. See full terms and conditions and this month's choices.
This reading group guide for Sybil Exposed includes discussion questions. The suggested questions are intended to help your reading group find new and interesting angles and topics for your discussion. We hope that these ideas will enrich your conversation and increase your enjoyment of the book.

1.  The book Sybil, by journalist Flora Rheta Schreiber, was first published in 1973 and immediately became a blockbuster bestseller. A made-for-TV movie followed and was viewed by a fifth of all Americans. Today, the movie is in constant reruns and the book is assigned for high school English and college psychology courses. If you’ve read the book or seen the telemovie, what scenes do you remember best, and what effect did Sybil have on you?

2.  Sybil was always marketed as non-fiction. Every torture incident, and every detail of the patient’s terrible mental illness, was presented as true. If you read the book or saw the movie, did you believe everything portrayed? Why or why not?

3.  Sybil Exposed makes the case that Shirley Mason – the real “Sybil” – began acting as though she had multiple personalities because her psychiatrist pressured her to behave this way. Do you think Sybil Exposed makes a good argument that this happened?

4.  Have you ever known anyone with Multiple Personality Disorder (now called Dissociative Identity Disorder)? As children and young adults, did they have problems similar to Shirley Mason’s as described in Sybil Exposed?

5.  Shirley was a troubled child and a troubled woman, but it has never been completely clear what, exactly, caused her troubles Sybil Exposed suggests several possibilities: her mother’s own depression, difficulties fitting into her family and community, an undiagnosed physical illness. In your opinion, what caused Shirley the most difficulty?

6.  “Years after their first meeting,” according to Sybil Exposed, “Connie”—Shirley’s psychiatrist—“would admit that she felt as though Shirley was her daughter. To sustain that feeling, she apparently set out to depose Mattie Mason”—Shirley’s mother—“from Shirley’s affections.” Why do you think Connie sought such a personal relationship with Shirley? And what effect did “mother hating” have on Shirley?

7.  Sybil Exposed argues that Dr. Connie Wilbur was an ambitious yet troubled individual who projected onto her patient her own problems and concerns. Many readers have said that, among the three woman—Shirley Mason, Flora Schreiber and Connie Wilbur—Connie is the villain of the story. Others express sympathy for her. How do you feel about her?

8.  Likewise, how do you feel about Shirley Mason? Some see her wholly as a victim of Dr. Wilbur. Others point out that she lied from time to time, to advance her role as a famous psychiatric patient—even to initiate it. How consciously complicit do you think Shirley was in creating the misrepresentations that led to Sybil?

9.  Dr. Wilbur was a young, career woman in the 1930s and 1940s. Flora Schreiber and Shirley Mason struggled to make their first marks in the 1940s and 1950s. All worked hard at careers and none had children, though they lived in a time when women were expected to settle down with husbands and devote their lives to being housewives and mothers.  How did Connie, Flora and Shirley deal with, and suffer from, living in a pre-feminist world? How did it eventually affect their work on Sybil?

10.  Ethics for doctors and mental health professional were much looser in the 1950s and 1960s, when Dr. Connie Wilbur was treating Shirley Mason, than they are now.  What might happen today to a psychologist or psychiatrist who treated a patient the way Dr. Wilbur did Shirley?

11.  Multiple Personality Disorder/Dissociative Identity Disorder is nine times more common in women than men. It is also more widespread in the United States and Canada than other countries. What does Sybil Exposed have to say about these differences?

12.  People argue about whether MPD/DID is real. What is your opinion? Did it change after reading Sybil Exposed?

14.  “I am not going to tell you there isn’t anything wrong,” Shirley wrote to Dr. Wilbur in a lengthy recantation letter in 1958. “But it is not what I have led you to believe….I do not have any multiple personalities…I do not even have a ‘double’…I am all of them. I have been essentially lying.” What might have happened if Connie had taken the letter at face value—if she had accepted the recantation? Why do you think she did not?

15.  Do you think a book with as much fiction in it as Sybil had could be successfully marketed to day as non-fiction? Why or why not? 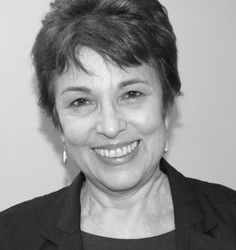 Debbie Nathan was born and raised in Houston, Texas. She has been a journalist, editor and translator for almost three decades. She specializes in writing about immigration, the U.S.-Mexico border, sexual politics and sex panics, particularly in relation to women and children. Debbie is author and co-author of four books, including Sybil, Inc. She has been involved in translating two others into English — one from Spanish and the other from Latin American Yiddish. Her essays appear in several anthologies, and her work has been published in venues as varied as Redbook and The Nation, Ms. and Playboy, The Texas Observer and Social Text, The New York Times and Vibe. Debbie’s work has won numerous national and regional awards, including: The H.L. Mencken Award for Investigative Journalism, PEN West Award for Journalism, several prizes from the Association of Alternative Newsweeklies, the Texas Institute of Letters Award for feature journalism, the Hugh Hefner First Amendment Award for Journalism, and the John Bartlow Martin Award (from Northwestern University’s Medill School of Journalism) for Public Service Journalism. She is a board member of the National Center for Reason and Justice (NCRJ), an “innocence project” for people falsely accused of harming children. She currently lives in New York City with her husband, Morten Naess, a family physician, and has two grown children, Sophia and Willy.

By Debbie Nathan
LIST PRICE $13.99
PRICE MAY VARY BY RETAILER