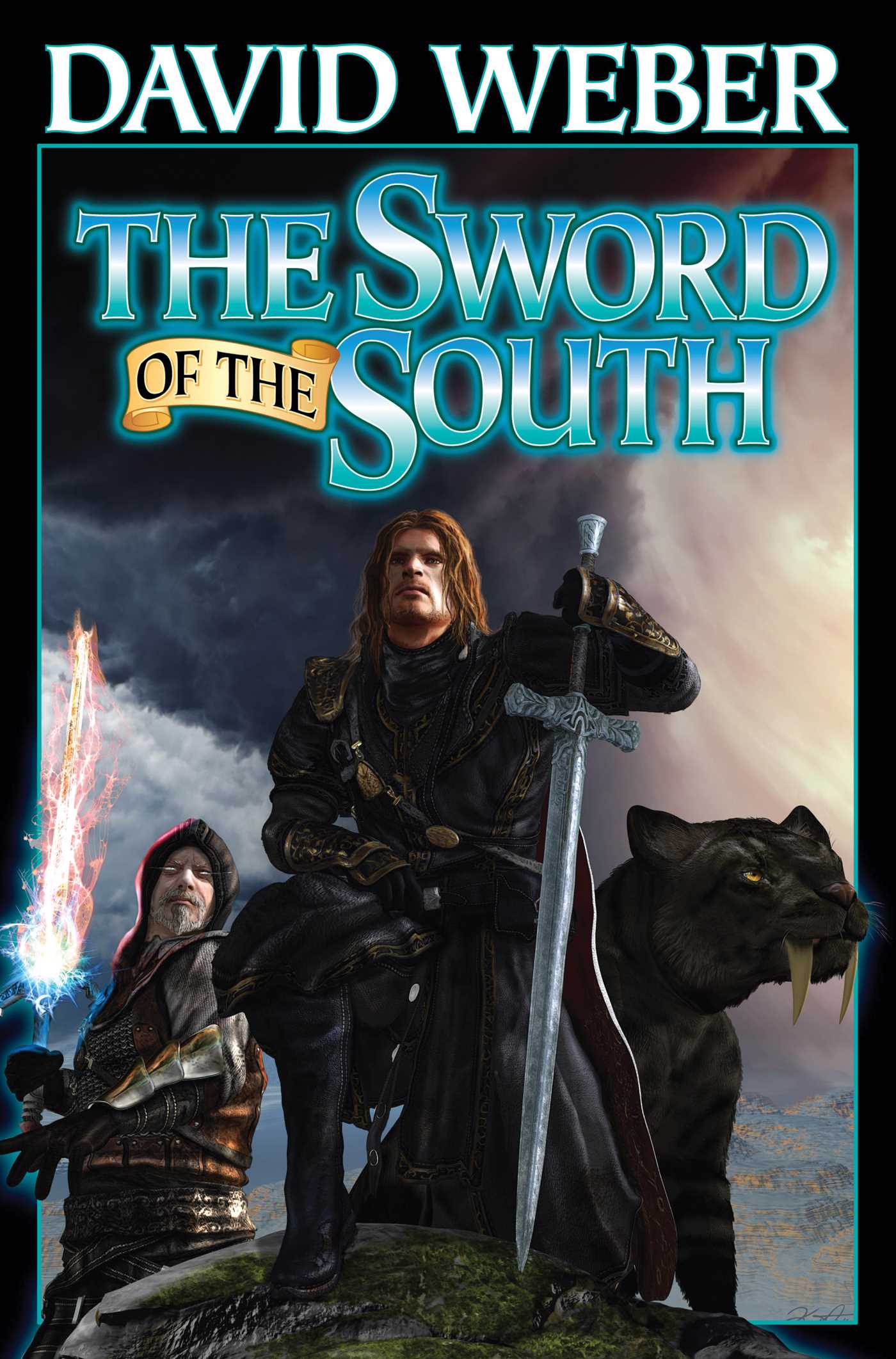 Sword of the South

#1 in a NEW EPIC FANTASY SERIES by 28-time New York Times and international best seller David Weber, set within his Bahzell Bahnakson/War God universe. A swordsman who has been robbed of his past must confront an evil wizard with a world at stake.

Know thyself. Its always good to know who you are, but sometimes thats a little difficult.

Kenhodan has no last name, because he has no past . . . or not one he remembers, anyway. What he does have are a lot of scars and a lot of skills some exhilarating and some terrifying and a purpose. Now if he only knew where he'd gotten them and what that purpose was . . . .

Wencit of Rum, the most powerful wizard in the world, knows the answers to Kenhodan's questions, but he can't or won't share them with him. Except to inform him that he's a critical part of Wencit's millennium-long battle to protect Norfressa from conquest by dark sorcery.

Bahzell Bahnakson, champion of Tomanak, doesnt know those answers and the War God isn't sharing them with him. Except to inform Bahzell that the final confrontation with the Dark Lords of fallen Kontovar is about to begin, and that somehow Kenhodan is one of the keys to its final outcome.

Wulfra of Torfo doesn't know those answers, either, but she does know Wencit of Rm is her implacable foe and that somehow Kenhodan is one of the weapons he intends to use against her . . . assuming she can't kill both of them first.

But in the far northern port city of Belhadan, an eleven-year-old girl knows the answers to all of Kenhodan's questions. . . and dares not share them with anyone, even the ancient wild wizard who loves her more dearly than life itself.

It's not easy to face the future when you can't even remember your own past, but if saving an entire world from evil sorcerers, demons, devils, and dark gods was easy, anyone could do it.

About The Sword of the South:
"Weber returns to his epic fantasy world last depicted in War Maid’s Choice . . . With the full pantheon of gods, wizards, elves, dwarves, and dark sorcery, this title is guaranteed to win the favor of Robert Jordan and Michael Sullivan enthusiasts. Designed as an entry point for first-time readers, it also is a great option for teens and adults."—Library Journal

About David Weber and the Honor Harrington series:
“Weber combines realistic, engaging characters with intelligent technological projection and a deep understanding of military bureaucracy in this long-awaited Honor Harrington novel…Fans of this venerable space opera will rejoice to see Honor back in action.”–Publishers Weekly

With more than eight million copies of his books in print and more than 30 titles on the New York Times bestseller list, David Weber is a science fiction powerhouse. In the vastly popular Honor Harrington series, the spirit of C.S. Forester’s Horatio Hornblower and Patrick O’Brian’s Master and Commander lives on—into the galactic future. Books in the Honor Harrington and Honorverse series have appeared on 21 bestseller lists, including The Wall Street Journal, The New York Times, and USA Today. Additional Honorverse collaborations include the spin-off miniseries Manticore Ascendant with New York Times best-selling author, Timothy Zahn; and with Eric Flint, Crown of Slaves, Cauldron of Ghosts, and To End in Fire contribute to Weber’s illustrious list of New York Times and international bestsellers.

Sword of the South