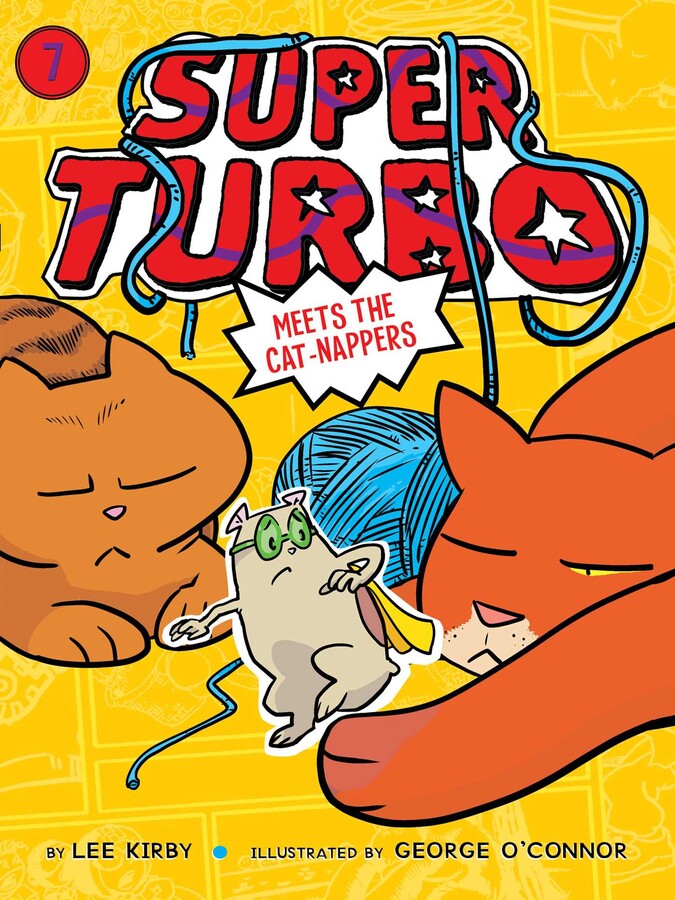 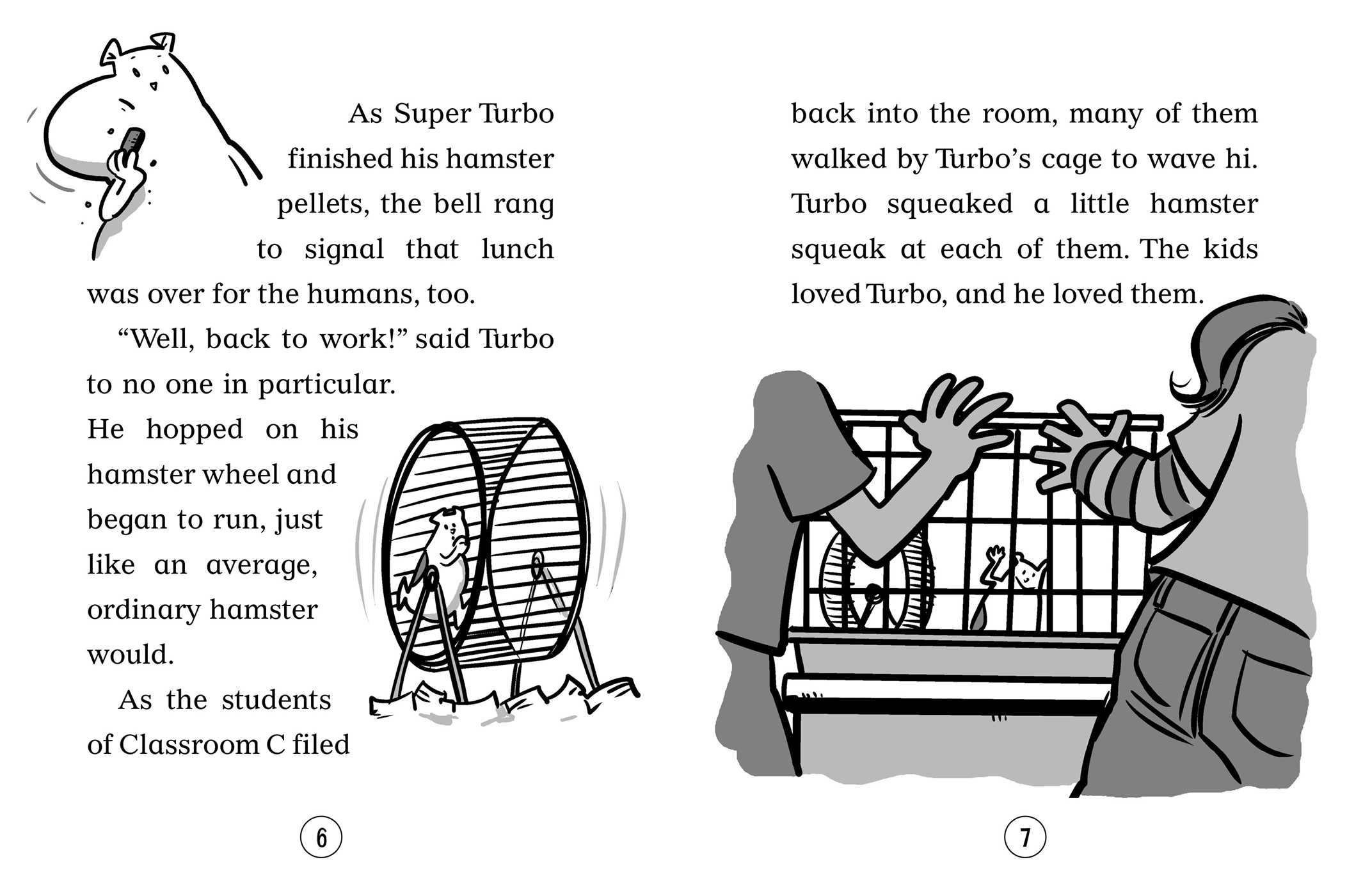 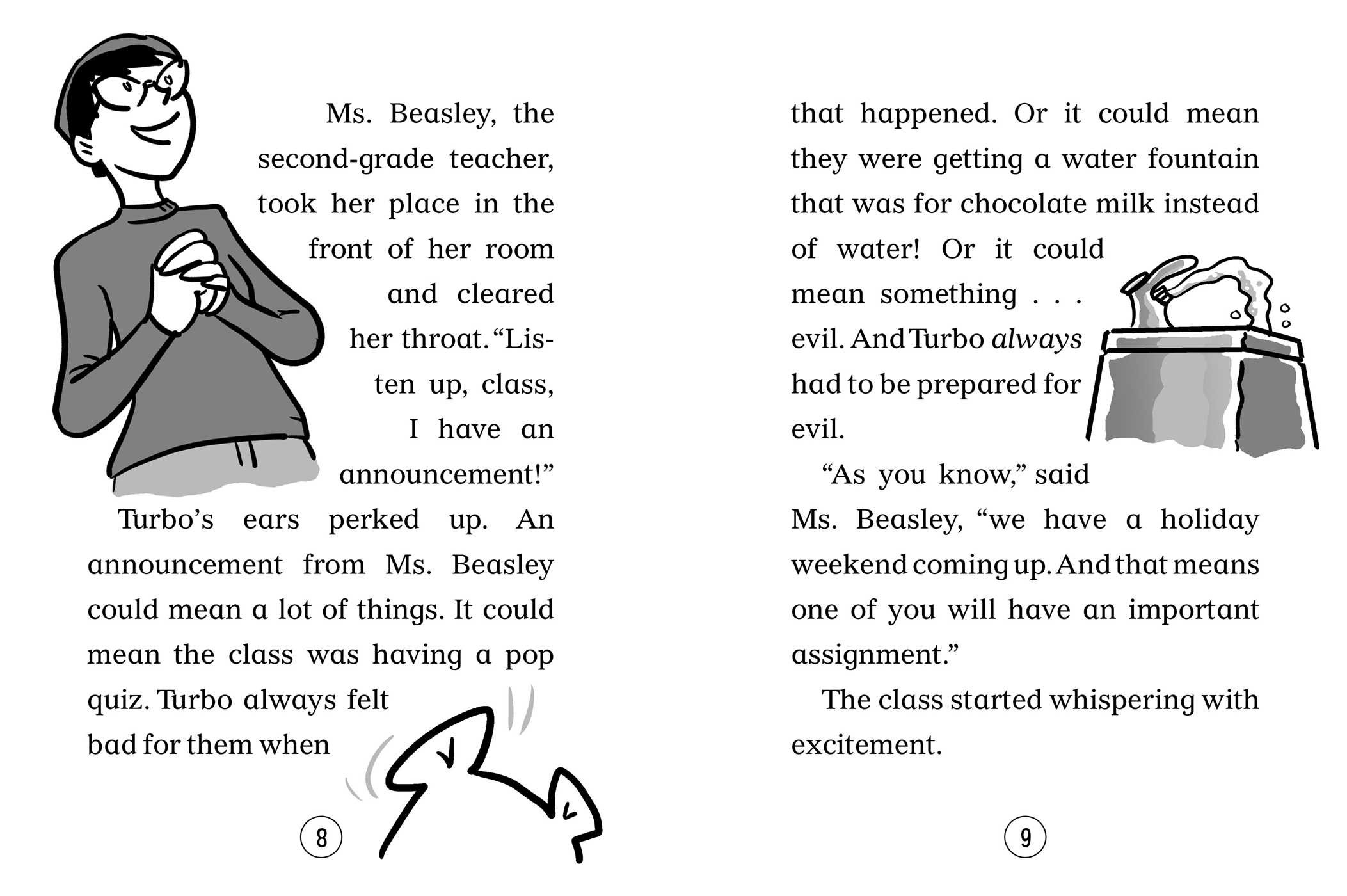 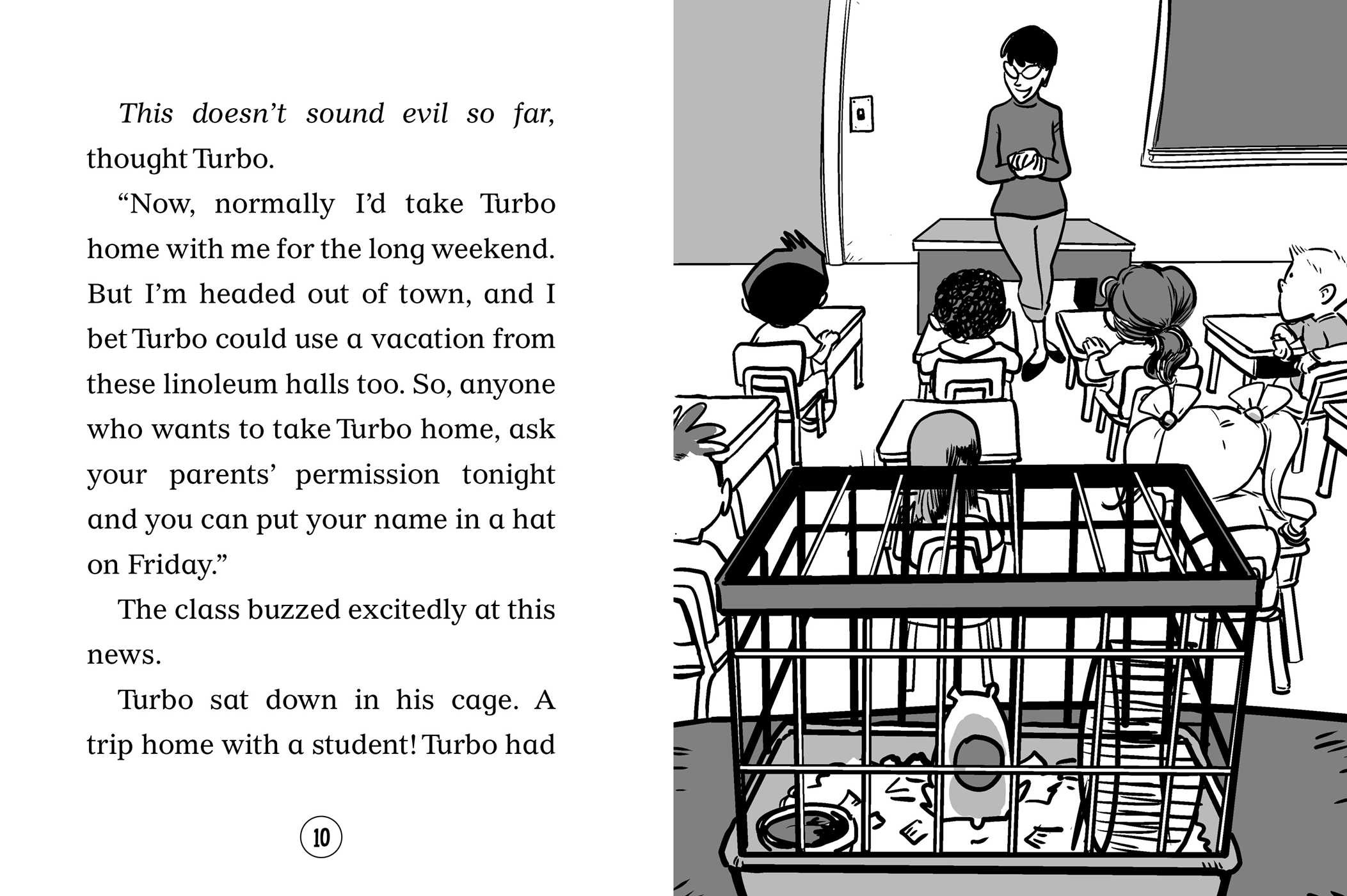 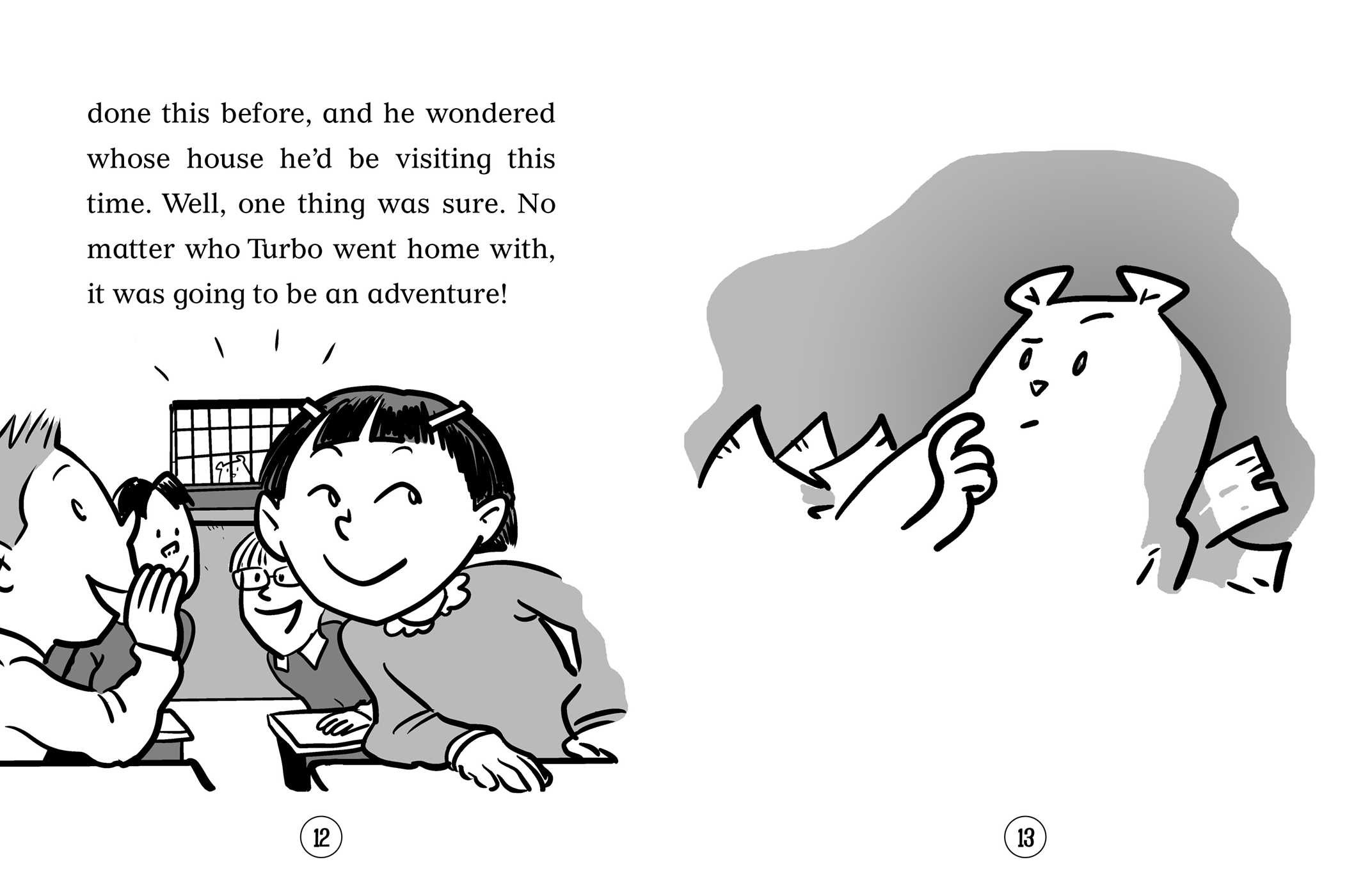 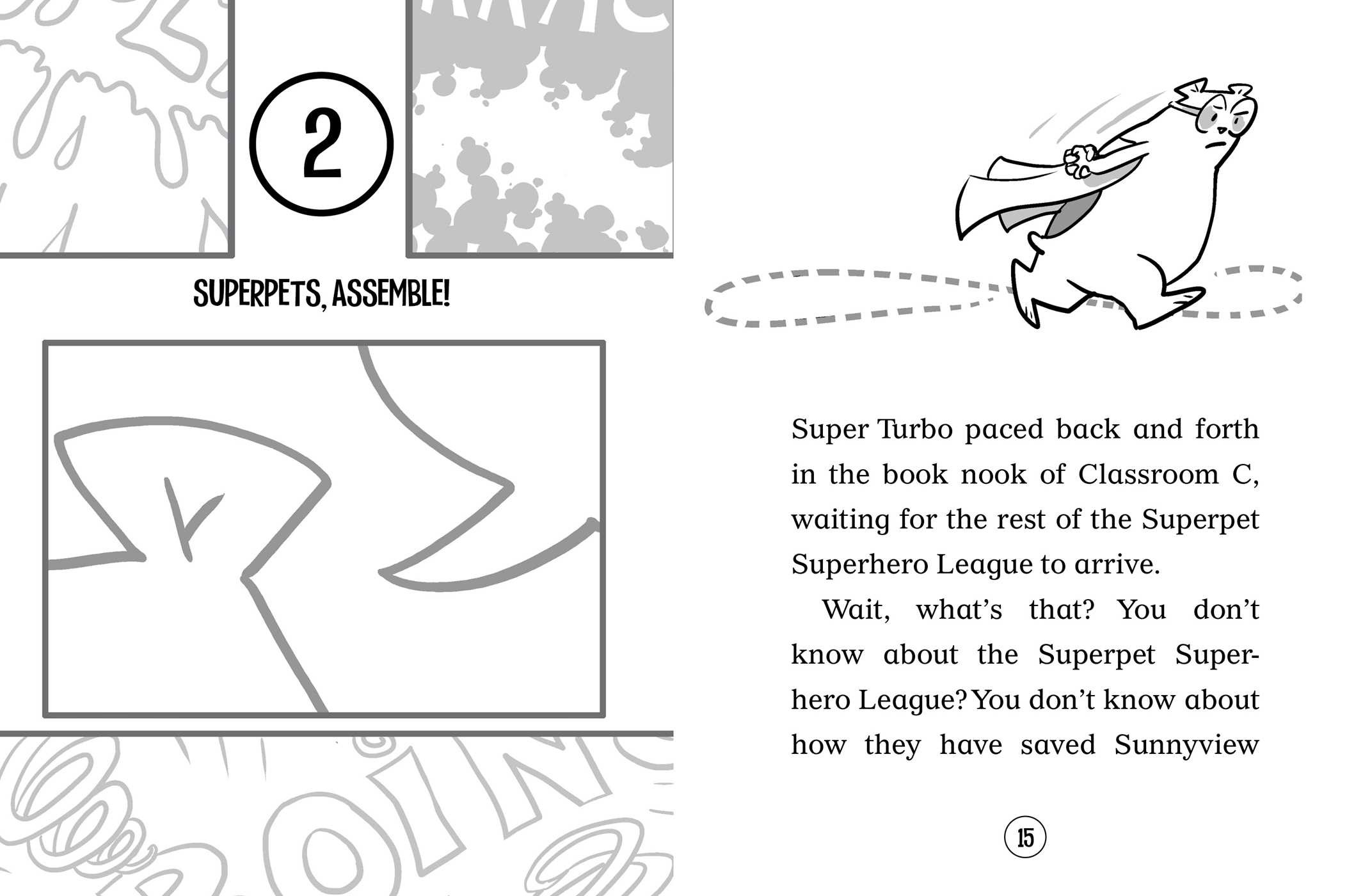 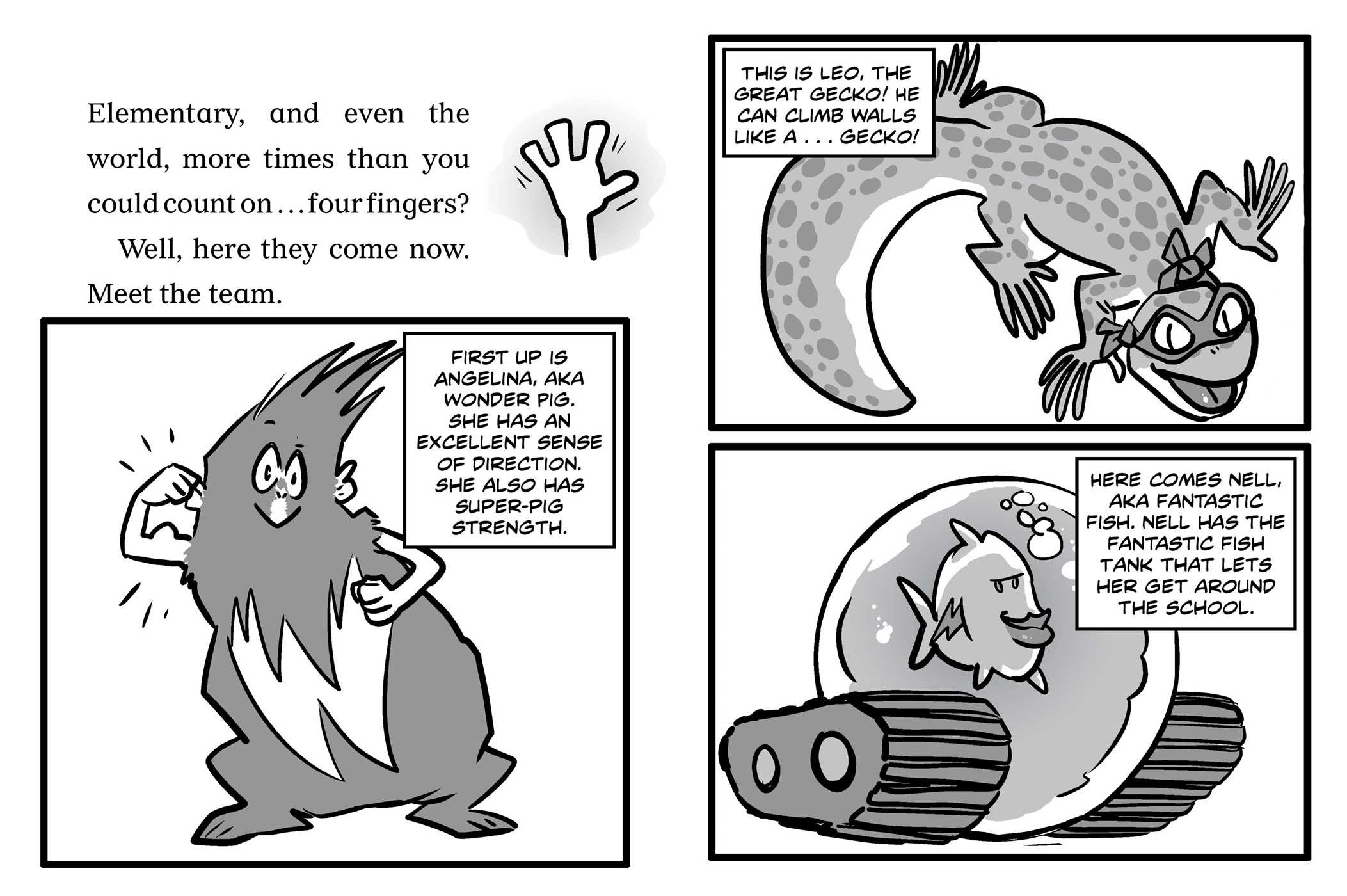 As the class pet hamster, Turbo is simply delighted to learn that he’ll be going home with a new student each week. He loves his second-grade students! But his delight disappears when he arrives at the first student’s home. That’s because a bunch of lazy, napping cats turn out to be the dreaded Cat-Nappers!

With easy-to-read language, illustrations, and comic panels on almost every page, the Super Turbo chapter books are perfect for emerging readers!


But right now, lunch was more important than some big secret. Every human from Classroom C was in the cafeteria, eating their bologna sandwiches or grapes or hummus or whatever it was they had brought from home for lunch. For the kids who were buying their lunch, today’s special was a “meat surprise.” Too bad for those kids.

Turbo was taking his lunch as he always did, sitting in his comfy cage surrounded by cedar chips, admiring his shiny, squeaky hamster wheel and looking out onto his classroom. Turbo loved being the official pet of Classroom C. But he also loved lunchtime, when he was alone in the classroom. It was the only part of the school day when he could relax and not have to pretend he was just an average, ordinary hamster.

That brings us back to the big secret. You see, Turbo wasn’t average and ordinary because he was actually . . .

Lee Kirby has the proportionate strength and abilities of a man-sized hamster. He spends his days chewing up cardboard and running in giant plastic bubbles throughout his very own fortress of solitude in Brooklyn, New York. And, no, he is not related to world-famous Captain Awesome author, Stan Kirby. Or is he?