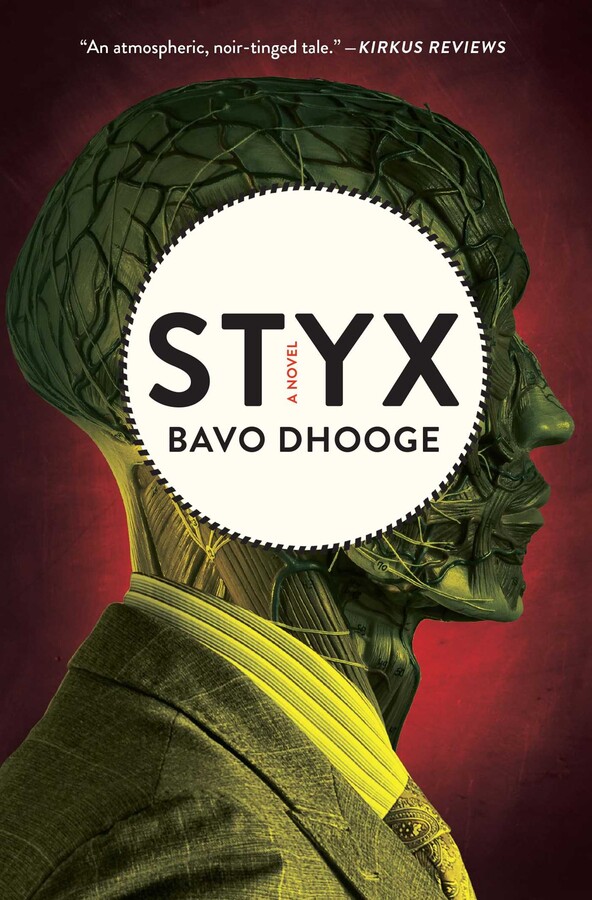 By Bavo Dhooge
LIST PRICE $11.99
PRICE MAY VARY BY RETAILER

From the #1 Flemish crime writer, “an atmospheric, noir-tinged tale about a stubborn cop who just won’t quit, even if he is dead” (Kirkus Reviews). But will that stop him from catching his own murderer?

A serial killer is on the loose in Ostend, Belgium. Nicknamed The Stuffer, the mysterious killer fills his victims full of sand and poses them as public art installations—and the once idyllic beach town is in a panic. The fact that Rafael Styx is on the case is no comfort. The corrupt, middle-aged cop has a bum hip, a bad marriage, and ties to the Belgian underworld, but no leads. And if he wants to catch the killer before he’s replaced by the young, ambitious, and flamboyant new cop, Detective Delacroix, he’ll have to take matters into his own hands.

When a chance encounter puts him face to face with The Stuffer, Rafael’s life is cut short by a gun to the chest. But the afterlife has only just begun: Styx wakes up a zombie. Gradually he realizes his unique position. Not only is his body in decay, now that he exists between life and death, he can enter the Ostend of a different time. There he meets the surrealist painter, Paul Delvaux, who gives Styx his first clue about the killer.

With a new lead and a fresh start, the dirty cop decides to change his ways, catch The Stuffer, and restore his honor. But with his new decaying body and hunger for human flesh getting in the way, he’ll need his old rival, Detective Delacroix to help him out.

“Taut, atmospheric, and suspenseful” (Booklist, starred review), Styx is an exciting thriller with an intriguing protagonist and evocative setting. Like the best of Jo Nesbo, the “gritty, hard-boiled tone is spot-on [in this] entertaining and moving read” (Publishers Weekly). 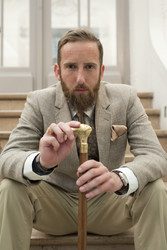 Bavo Dhooge, born in Ghent, Belgium, in 1973, is a film director and a prolific writer. One of the most acclaimed crime novelists in Belgium, he has won the Shadow Prize, the Diamond Bullet, and the Hercule Poirot Prize. He is the author of Styx.

"Sharp, funny, original, and haunting. Styx is a wild, inventive crime novel with more than one memorable twist."—The Huffington Post

“An atmospheric, noir-tinged tale about a stubborn cop who just won't quit, even if he is dead."—Kirkus

“[A] taut, atmospheric, and suspenseful crime story. Readers can feel the fog settling in, as they learn about surrealist art, the history of Ostend, and Belgian imperialism as it pertains to race issues in the country today. These details are all seamlessly incorporated into the investigation…Thankfully, the door appears to be open for a sequel. Run, don’t walk, to give this book to fans of Jo Nesbø and Robert Galbraith. Dhooge has won multiple crime-writing awards; it’s time for American readers to see why for themselves."—Library Journal (starred)

By Bavo Dhooge
LIST PRICE $11.99
PRICE MAY VARY BY RETAILER