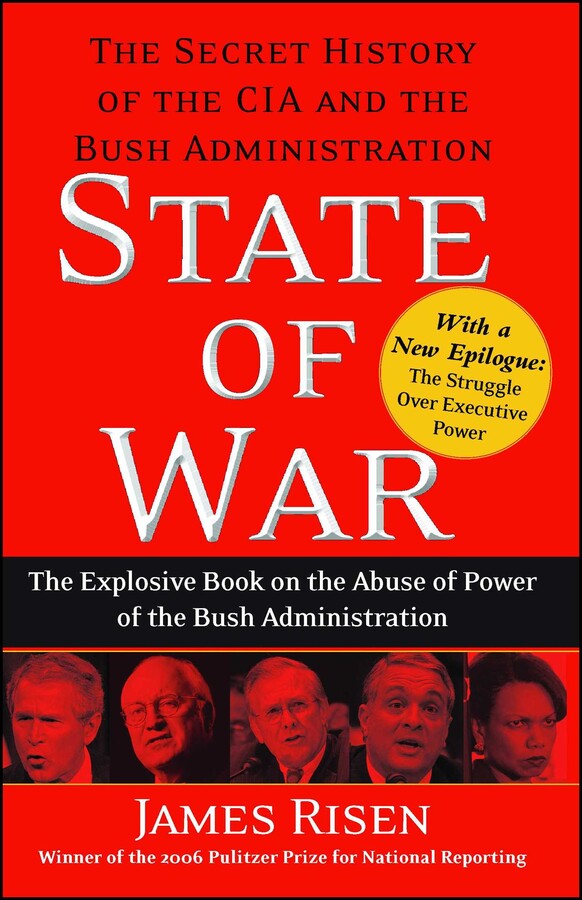 The Secret History of the C.I.A. and the Bush Administration

By James Risen
LIST PRICE $12.99
PRICE MAY VARY BY RETAILER

With relentless media coverage, breathtaking events, and extraordinary congressional and independent investigations, it is hard to believe that we still might not know some of the most significant facts about the presidency of George W. Bush. Yet beneath the surface events of the Bush presidency lies a secret history -- a series of hidden events that makes a mockery of current debate.

This hidden history involves domestic spying, abuses of power, and outrageous operations. It includes a CIA that became caught in a political cross fire that it could not withstand, and what it did to respond. It includes a Defense Department that made its own foreign policy, even against the wishes of the commander in chief. It features a president who created a sphere of deniability in which his top aides were briefed on matters of the utmost sensitivity -- but the president was carefully kept in ignorance. State of War reveals this hidden history for the first time, including scandals that will redefine the Bush presidency.

James Risen has covered national security for The New York Times for years. Based on extraordinary sources from top to bottom in Washington and around the world, drawn from dozens of interviews with key figures in the national security community, this book exposes an explosive chain of events:

These are just a few of the stories told in State of War. Beyond these shocking specifics, Risen describes troubling patterns: Truth-seekers within the CIA were fired or ignored. Long-standing rules were trampled. Assassination squads were trained; war crimes were proposed. Yet for all the aggressiveness of America's spies, a blind eye was turned toward crucial links between al Qaeda and Saudi Arabia, among other sensitive topics.

Not since the revelations of CIA and FBI abuses in the 1970s have so many scandals in the intelligence community come to light. More broadly, Risen's secret history shows how power really works in George W. Bush's presidency. 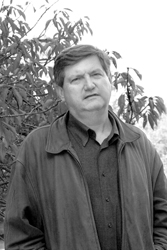 James Risen covers national security for The New York Times. He was a member of the team that won the Pulitzer Prize for explanatory reporting in 2002 for coverage of September 11 and terrorism, and he is the coauthor of Wrath of Angels and The Main Enemy: The Inside Story of the CIA's Final Showdown with the KGB. He lives outside Washington, D.C., with his wife and three sons.

"Domestic spying, demands for political loyalty in the name of national security, investigating a newspaper's sources: With State of War, the Nixonian déjà vu can give a reader whiplash."
-- The Dallas Morning News

"Risen's book is really about the secret of many things that have gone wrong in the administration of George W. Bush. The quantity, and apparent quality, of the secrets revealed in State of War distinguishes Risen's book from its competitors. What it represents is a profound hemorrhaging of information from within the corridors of secret power in Washington.... Risen becomes the mouthpiece for a U.S. intelligence community anxious to unburden itself of the mistakes and misdeeds of the recent past. He has not one, but many 'Deep Throats.'"
-- Toronto Globe and Mail

"Damning and dismaying...As a national security reporter for the New York Times, Risen has produced some of this era's best journalism on the Central Intelligence Agency and the dysfunctional relationship between the White House and the U.S. spy community.... As one of the Washington press corps' best reporters on national security issues, Risen has a record of being right.... State of War is a welcome reminder that American journalism has a higher purpose than shallow pandering to the lowest pop-cultural denominator. Somewhere, beyond celebrity, there are issues and ideas that matter. James Risen's book is an urgent contribution to the country's common good by a skillful and courageous reporter."
-- Los Angeles Times

The Secret History of the C.I.A. and the Bush Administration

By James Risen
LIST PRICE $12.99
PRICE MAY VARY BY RETAILER