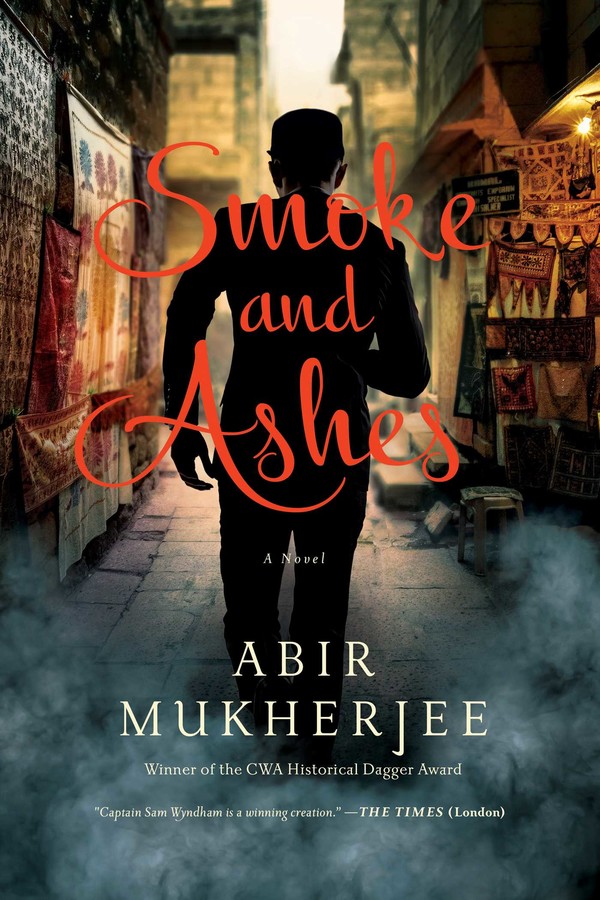 India, 1921. Haunted by his memories of World War I, Captain Sam Wyndham is battling a serious addiction to opium that he must keep secret from his superiors in the Calcutta police force.

When Sam is summoned to investigate a grisly murder, he is stunned at the sight of the body: he’s seen this before. Last night, in a drug addled haze, he stumbled across a corpse with the same ritualistic injuries. It seems like there’s a deranged killer on the loose. Unfortunately for Sam, the corpse was in an opium den—and revealing his presence there could cost him his career.

With the aid of his quick-witted Indian Sergeant, Surrender-Not Banerjee, Sam must try to solve the two murders, all the while keeping his personal demons secret, before somebody else turns up dead.

Abir Mukherjee is the author of the award-winning Wyndham & Banerjee series of crime novels set in Raj-era India. He has won the CWA Historical Dagger and the Wilbur Smith Award for Adventure Writing, and has been shortlisted for the CWA Gold Dagger, the HWA Gold Crown, and the Edgar Allan Poe Award. His novels include A Rising Man, A Necessary Evil, Smoke and Ashes, and Death in the East. Abir grew up in Scotland and now lives in Surrey, England.

"Mukherjee writes with an energy and urgency that is well suited to the turbulence of his setting and brings historic Calcutta to muggy, sweaty, visceral life. In Sam Wyndham he has created a complex and entertaining hero, marked by a pragmatic humor that makes Smoke and Ashes not just an excellent historical mystery, but a wonderfully entertaining read."

"It is the flamboyant evocation of 1920s Calcutta that makes this such a mesmerising read."

"Mukherjee makes the most of his setting, 1921 Calcutta, in his superior third mystery featuring the all-too-human Capt. Sam Wyndham, of the British Imperial Police, and his Indian assistant, Sgt. ‘Surrender-Not’ Banerjee. Mukherjee, who only gets better and better with each book, has established himself as a leading historical mystery writer."

"A phenomenal historical mystery. Thrilling and evocative, darkly funny and surprisingly touching. It’s so deeply rooted in place and history that you may want to read it while under a mosquito net, but Mukherjee’s prose is so sharp that the setting feels immediate and vital. I can’t imagine how Mukherjee will top Smoke and Ashes, but I can’t wait to see what he comes up with."

"Mukherjee’s amazing grasp of the social conventions and mores of both the British and Indians during the Raj period and of the political upheaval sparked by India’s fight for freedom give authenticity to this historical mystery. Historical mystery buffs will love this novel."

"The third book in this marvelous British Raj series starts out with a bang. Abir Mukherjee is in the highest echelons of historical mystery/thriller writers."

"A clever whodunit, well served by smart writing, a dry-witted narrator, and a vividly recreated, rich, and colourful setting."

"Smoke and Ashes perfectly balances high suspense with its well-researched historical setting, each element masterfully supporting the other."

"In Wyndham and Bannerjee, Mukherjee has created two appealing characters presenting different factions of the whole that is India, revealing what each gives up to serve king and country, and answers the question of which country each actually serves."