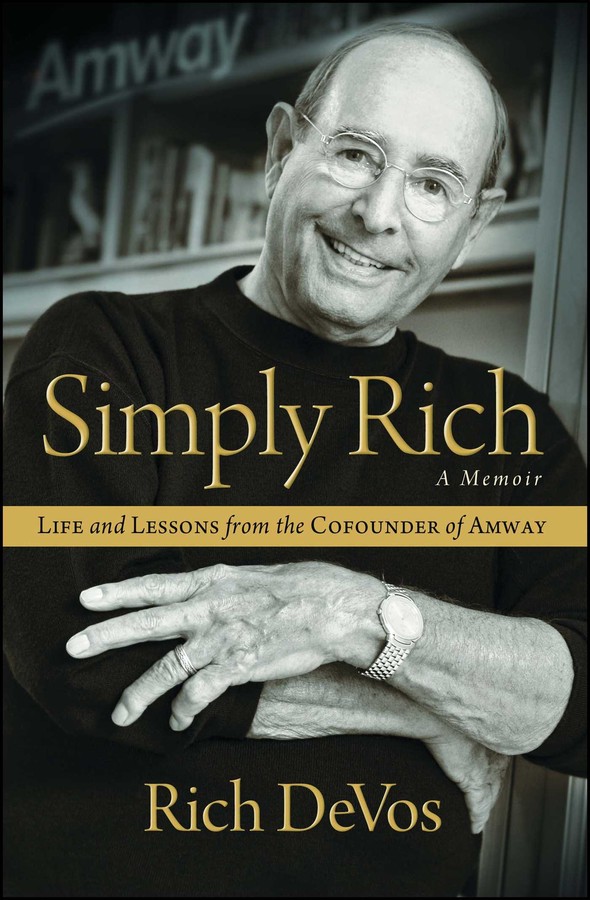 Simply Rich: Life and Lessons from the Cofounder of Amway

By Rich DeVos
LIST PRICE $12.99
PRICE MAY VARY BY RETAILER

In this candid autobiography, Amway cofounder Rich DeVos reflects on work, faith, family, and the core values he’s held on to, from his humble Christian upbringing through his enormous success running one of the world’s largest businesses.

Few people embody the American entrepreneurial spirit as plainly as Rich DeVos. A prominent businessman, self-made billionaire, philanthropist, worldwide speaker, bestselling author, family man, and devout Christian, DeVos not only helped create Amway, one of the world’s biggest companies, but he did it from the ground up with his deep faith in God guiding the way and keeping his hopes alive. Now after the success of his bestselling books in business, DeVos reveals his personal story.

Born to poor Dutch immigrants in rural Michigan during the Depression, DeVos learned about the importance of leadership and partnership. His grandfather, father, and teachers taught him valuable lessons and key principles about faith, optimism, and perseverance that would guide his entire life. In high school, he befriended Jay Van Andel, who later became his business partner. Together, they created a whole new way to sell products and established one of the largest, most successful companies in the world. DeVos also talks about his marriage and family, his experiences as a motivational speaker, his ownership of the NBA basketball team Orlando Magic, and his philanthropic, religious, and political endeavors.

Inspiring, fascinating, and full of heart, Simply Rich: Life and Lessons from the Cofounder of Amway is the astonishing rags-to-riches story that few can tell. Through his amazing accomplishments as both a businessman and generous soul, DeVos reveals the true meaning of success and how his deep faith helped him become a true American icon. 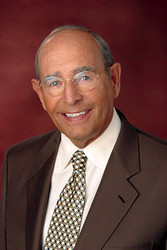 Rich DeVos is an American businessman, cofounder of Amway, and owner of the Orlando Magic NBA basketball team. DeVos served in the United States Army Air Corps in World War II. He and his wife, Helen, have four children, sixteen grandchildren, and two great grandchildren and live in Grand Rapids, Michigan, and Vero Beach, Florida.

“You will not want to put this book down. It's a fascinating story, full of advice, lessons, and inspiration for all who dream of a better life and who are willing to work hard to achieve it.

“Rich DeVos’ words and actions have inspired millions of people over many years, and his newest book Simply Rich promises to inspire and inform millions more with his personal life story and insights about a remarkable life.”

“A riveting personal narrative from one of the most successful businessmen of our time.”

“Rich DeVos is a man of integrity, and his life reflects his values. Simply Rich is a testimony to the responsibility he feels toward God, his family, and his company. A must read.” -

"A great book by one of the wisest men I know. Rich's book gives ten invaluable phrases we ought to keep on the tips of our tongues."

Simply Rich: Life and Lessons from the Cofounder of Amway

By Rich DeVos
LIST PRICE $12.99
PRICE MAY VARY BY RETAILER