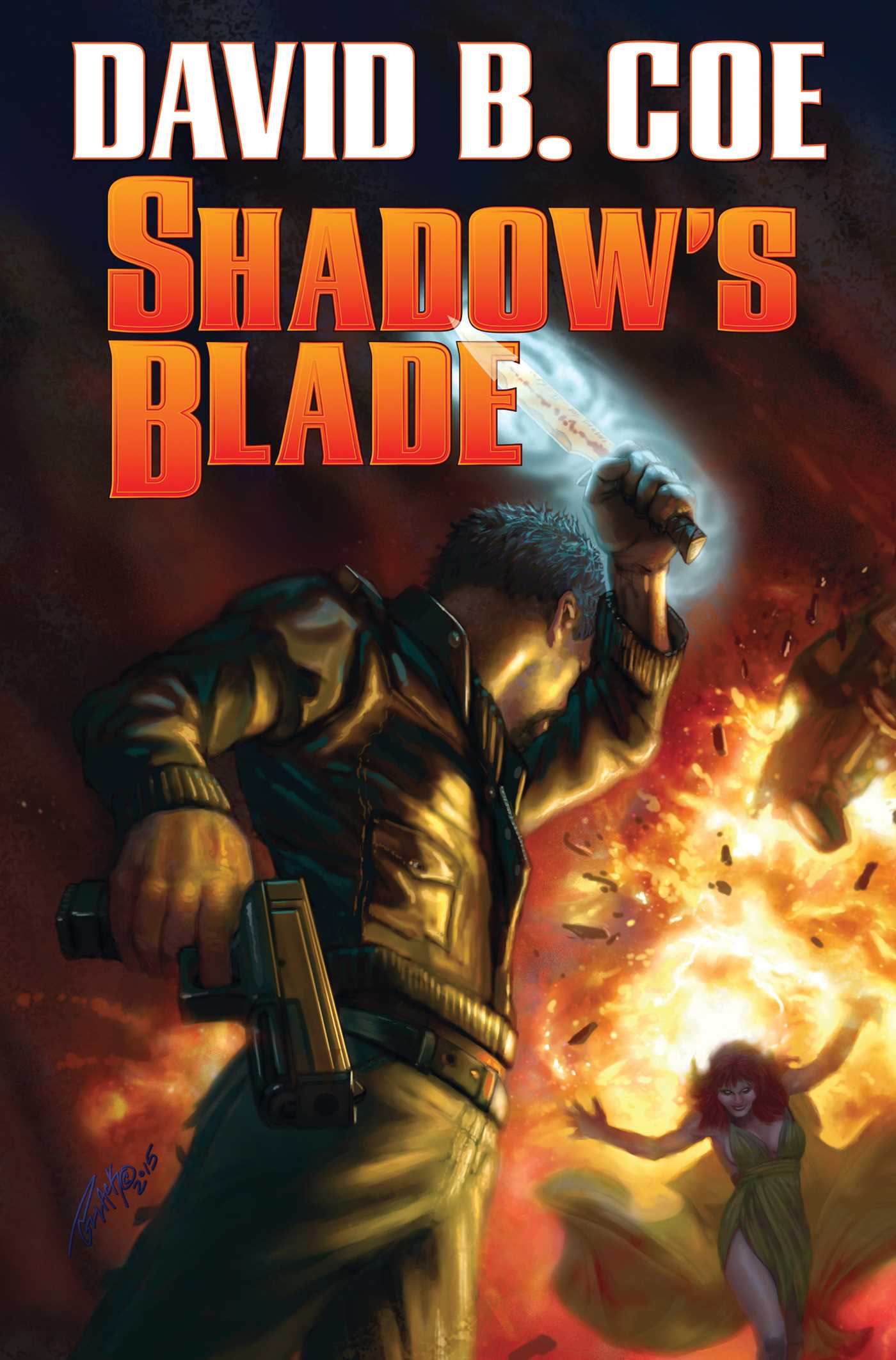 Book #3 of Case Files of Justis Fearsson
By David B. Coe
Published by Baen
Distributed by Simon & Schuster
LIST PRICE $7.99
PRICE MAY VARY BY RETAILER

Justis Fearsson is a weremyste and a private detective. He wields potent magic, but every month, on the full moon, he loses his mind. His battles with insanity have already cost him his job as a cop; he can’t afford to let them interfere with his latest case.

Phoenix has become ground zero in a magical war, and an army of werecreatures, blood sorcerers, and necromancers has made Jay its number one target. When he is hired to track down a woman who has gone missing with her two young children, he has a hunch that the dark ones are to blame. But then he’s also brought in by the police to help with a murder investigation, and all the evidence implicates this same woman. Soon he is caught up in a deadly race to find not only the young family, but also an ancient weapon that could prove decisive in the looming conflict. Can he keep himself alive long enough to reach the woman and her kids before his enemies do? And can he claim the weapon before the people he loves, and the world he knows, are lost in a storm of flame, blood, and darkest sorcery?

About Shadow's Blade:
"Coe balances wit and drama, gives his female characters plenty of agency, and even throws in a bit of The Maltese Falcon via a powerful object everyone desires. This noir-tinged urban fantasy with real-feeling magic and multiple moral quandaries is highly recommended."—Publishers Weekly

About Spell Blind, Book One in the Case Files of Justis Fearsson:
"Justis is on the streets and has never been so cool; I can't wait for his next adventure!"—Patricia Briggs, #1 New York Times Best-Seller

"Coe brings deep knowledge of both fantasy and mystery to his well-structured first urban fantasy novel. . . . He tells an entertaining story with a good mystery at its core."—Publishers Weekly

About David B. Coe's Rules of Ascension:
"War and politics, love and magic, all drawn in detail against a vividly imagined feudal background. A complex and excellent book." —David Drake, author of Lord of the Isles

". . . epic . . . a world of rival nobles, sinister mages, and a few men and women of courage and conviction. Well-developed characters and an intriguing political background . . ."—Library Journal

Book #3 of Case Files of Justis Fearsson
By David B. Coe
Published by Baen
Distributed by Simon & Schuster
LIST PRICE $7.99
PRICE MAY VARY BY RETAILER

More books from this author: David B. Coe

More books in this series: Case Files of Justis Fearsson