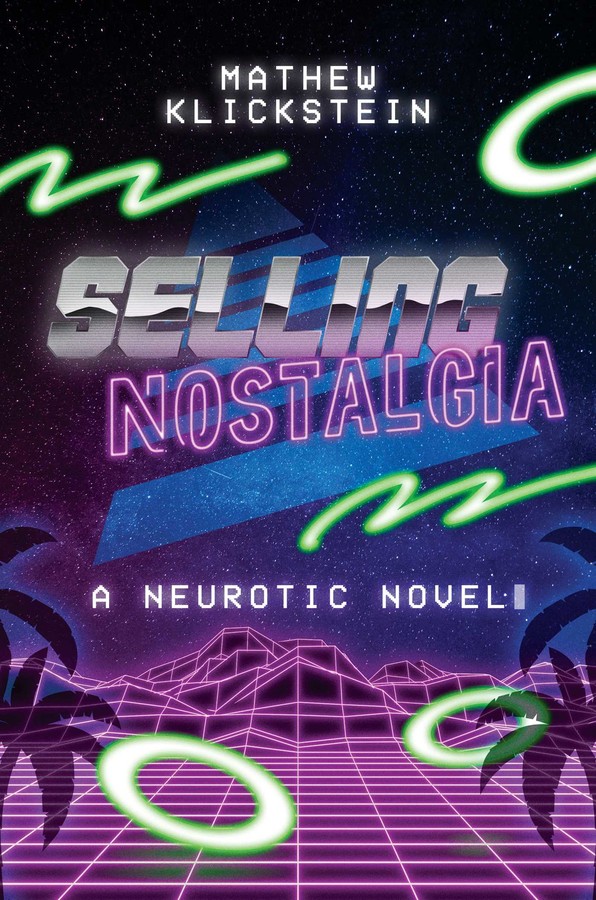 By Mathew Klickstein
LIST PRICE $26.00
PRICE MAY VARY BY RETAILER

As with so many members of his generation, down-on-his-luck writer-filmmaker Milton Siegel has what some might call an unhealthy fixation on the TV shows, movies, books, music, and celebrities from his childhood that spanned the 1980s and 1990s. Unlike many of his generation, Milt has spent most of his life as an adult (so to speak) chronicling this same pop culture of his youth. Hey, it’s a living…sometimes.

After quitting his job at a regional newspaper (or after having been fired, depending on who you ask), Milt finds himself on what becomes a quixotic quest to promote his latest pop culture history project around the country over one progressively insane and hilarious month. Throughout his many misadventures to come, Milt must contend with: a horde of salivating manic nerds, an inexplicable rash of natural disasters, clickbait-concocting media pundits, overly ambitious pseudo-celebrities, bafflingly incompetent event coordinators, a desperately hemorrhaging bank account, a super seductive stripper, ultra-competitive frenemies, and his own sense of the precarious future while being so embroiled in his childish past.

In the end, it’s up to Milt to make it through the month-long nomadic tour of laughter, tears, and revelations ahead without losing his mind. If he’s really lucky, he might even make rent, keep his new wife from fleeing in terror, and perhaps have a little fun along the way.

"Mathew Klickstein might be the geek guru of the 21st century." —Mark Mothersbaugh

"Klickstein...delivers a searing critique of geek culture and the trouble with indulging nostalgia at the expense of reckoning with reality. Though he didn't set out to write a social commentary, it's on that level that he finds the most success."

By Mathew Klickstein
LIST PRICE $26.00
PRICE MAY VARY BY RETAILER