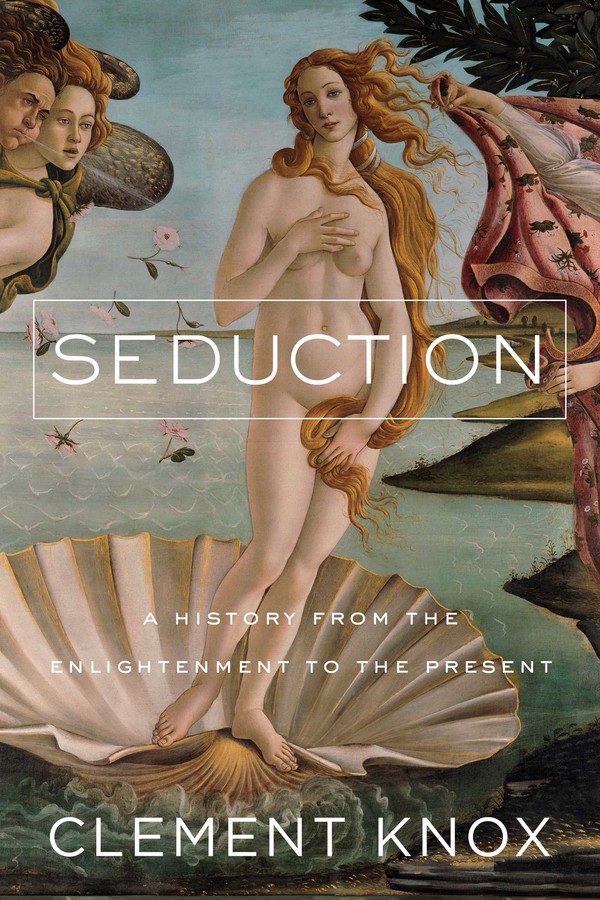 A History From the Enlightenment to the Present

A brilliantly original history that explores the shifting cultural mores of courtship, told through the lives of remarkable women and men throughout history.

If sex has generally been a private matter, seduction has always been of intense public interest. Whether the stuff of front-page tabloid news, the scandal of nineteenth-century American courts, or the stuff of literature across the eras, we are fascinated by stories of seduction and sex. In the first history of its kind, Clement Knox explores seduction in all its historical and cultural incarnations.

Moving from the Garden of Eden to the carnivals of eighteenth-century Venice, and from the bawdy world of Georgian London to the saloons and speakeasies of the Jazz Age, this is an exploration of timeless themes of power, desire, and free will. Along the way we meet Mary Wollstonecraft, her daughter Mary Shelley, and her friend Caroline Norton, and reckon with their fight for women’s rights and freedoms. We encounter Jack Johnson, the first black heavyweight champion of the world, who became entangled in America's labyrinthine and racialized seduction laws. We discover how tall tales of predatory vampires, hypnotists, and immigrants were mobilized by Nazis and nativists to help propel them to power. We consider how after seduction seemingly vanished from view during the Sexual Revolution, it exploded back into our lives as The Game became a multi-million bestseller, online dating swept the world, and the ongoing male fascinating with manipulating women was exposed.

In a big-thinking cultural history told through an extraordinary range of stories and sources, Knox explores how our ideas about desire and pursuit have developed in step with the modern world. This is a bold, modern charter of seduction, from the birth of the Enlightenment to the explosion of romantic literature and right up to our contemporary moments of reckoning around “incel” culture and #MeToo.

Clement Knox has a B.A. in Modern History from the University of Oxford and an M.A. in International Relations and Economics from Johns Hopkins University. He currently lives in London, where he is a nonfiction buyer for Waterstones.

A fascinating history of desire and attraction, Knox’s dig into the archives runs from Enlightenment all the way to the present-day, and will reframe much of the way you think about this topic.

– Entertainment Weekly (The 50 most anticipated books of 2020)

“Sex is typically a behind-closed-doors event, but seduction, Knox states, has been in the spotlight since the beginning of time. From the Garden of Eden to the saloons and speakeasies of the Jazz Age, Knox’s book is an exploration of power, desire and free will.”

– PureWow (13 Books We Can't Wait to Read in February)

“What does seduction mean? And what counts as seduction? Knox is so skillful at setting up such questions, and at making you realize the possibilities are more complex than you think.”

“[Seduction] is a rich field for Clement Knox. Like an R-rated version of A Christmas Carol, Knox’s history whisks us from Casanova’s mirrored sex suite to the rake culture of London.”

“Knox has written an ambitious book: part social commentary, part literary criticism, part legal history and populated with colorful biographies of players big and small in the world of wooing over the past 300 years.”

“The book’s quasibiographical approach provides an unusual but engaging way of addressing its central topic.”

“An alluring and breathtaking history of enticement in the modern age. Knox’s fascinating book illustrates the magnetism of these [seduction] narratives as they draw us into their orbits and as we use them to offer explanations of individual and social behavior.”

“In a series of enticing stories that lure the reader between this book’s covers, Clement Knox reveals how seduction has at once fortified and transgressed cultural hierarchies. A must read for all seeking historical context to the fast-changing sexual politics of our own time.”

– Jay Sexton, author of A Nation Forged by Crisis: A New American History

“In a sweeping historical narrative, Clement Knox demonstrates that the tensions between passion and reason are the driving force animating the regulation of seduction worldwide. Knox’s captivating history draws upon a wide variety of sources—from Casanova’s diaries to sex-trafficking laws—to show that women have both shaped seduction narratives and been shaped by them: for better, and (usually) for worse.”

A History From the Enlightenment to the Present