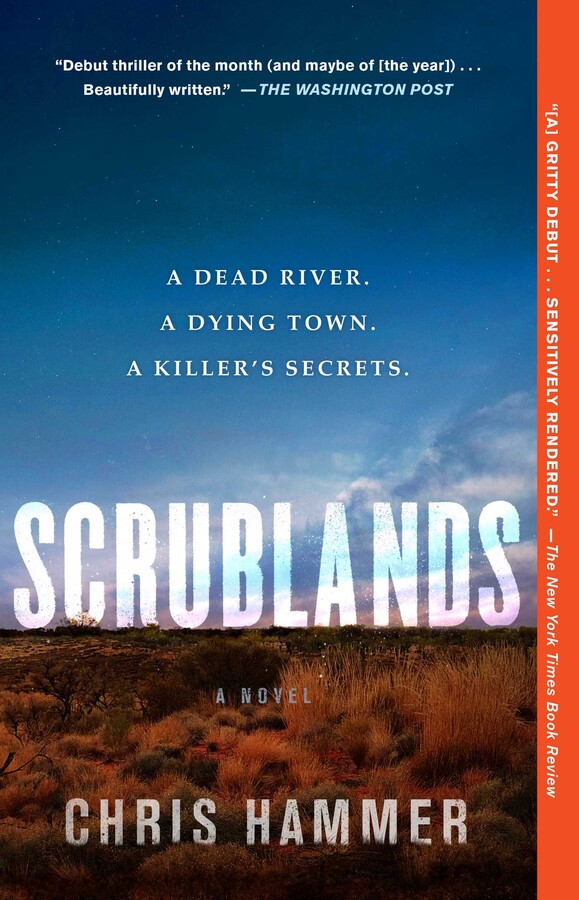 By Chris Hammer
LIST PRICE $13.99
PRICE MAY VARY BY RETAILER

In this searing, “indisputable page-turner” (Associated Press), a town’s dark secrets come to light in the aftermath of a young priest’s unthinkable last act—in the vein of The Dry and Where the Crawdads Sing.

In Riversend, an isolated Australian community afflicted by an endless drought, a young priest does the unthinkable: he kills five parishioners before being taken down himself.

A year later, journalist Martin Scarsden arrives in Riversend. His assignment: to report how the townspeople are coping as the anniversary of the tragedy approaches. But as Martin meets the locals and hears their version of events, he begins to realize that the accepted explanation—a theory established through an award-winning investigation by Martin’s own newspaper—may be wrong.

Just as Martin believes he’s making headway, a shocking new crime rocks the town. As the national media flocks to the scene, Martin finds himself thrown into a whole new mystery.

What was the real reason behind the priest’s shooting spree? And how does it connect to other deaths in the district, if at all? Martin struggles to uncover the town’s dark secrets, putting his job, his mental state, and his very life at risk. 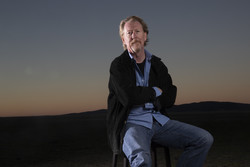 Christopher Hammer lives in Australia and was a journalist for over thirty years. As a foreign correspondent, he reported from more than thirty countries on six continents, as well as covering Australian national politics for television, newspapers, and magazines. Following the breakout success of his debut novel, Scrublands, he now writes fiction full time.

“A heatwave of a novel, scorching and powerful. This extraordinary debut, perfect for readers of the magnificent Jane Harper, seared my eyes and singed my heart. Don't miss it.”

– A.J. Finn, #1 New York Times bestselling author of THE WOMAN IN THE WINDOW

"Chris Hammer's powerful debut Scrublands establishes his place among the handful of thriller writers who understand the importance of setting as character, deftly weaving the story of a landscape burned dry and a town whose residents are barely hanging on with a complicated mystery that could only happen in this place in exactly the way Hammer tells it. Fresh and hypnotic, complex and layered, Scrublands' gorgeous prose swept me up and carried me toward a conclusion that was both surprising and inevitable. I loved every word. Highly recommended."

– Dervla McTiernan, author of THE RUIN

“Scrublands kidnapped me for 48 hours. I was hopelessly lost in the scorching Australian landscape, disoriented but completely immersed in the town and people of Riversend, as the heat crackled off the pages. I was devastated when it was time to go back to the real world. This book is a force of nature. A must-read for all crime fiction fans.”

– Sarah Bailey, author of THE DARK LAKE and INTO THE NIGHT

“An evocative and compelling page-turner, and a deft unravelling of small town secrets and the legacy of trauma, amid the suffocating heat of a drought-ravaged Australian scrub; I was hooked!”

– Paul Howarth, author of ONLY KILLERS AND THIEVES

“As evocative and haunted as the American Southwest, Chris Hammer’s Australian-set Scrublands is desolate, dangerous, and combustible. A complex novel powered by a cast of characters with motives and loyalties as ever-shifting as the dry riverbed beneath them, Hammer’s story catches fire from the first page.”

“A compulsively page-turning thriller where the parched interior looms as large as the characters.”

“Scrublands is the epic novel about rural life …that we need right now. In its concern with crime beyond the suburban fringe, it sits right up there with the late Peter Temple's Broken Shore, Garry Disher's Bitterwash Road and Jane Harper's The Dry, even as it extends their focus and reach.”

"A novel's opening moments are there to rivet readers' attention; this one begins with a dazzler. . . we're hooked."

"Shimmers with heat from the sun and from the passions that drive a tortured tale of blood and loss."

“A heatwave of a novel, scorching and powerful. This extraordinary debut, perfect for readers of the magnificent Jane Harper, seared my eyes and singed my heart. Don't miss it.”

– A.J. Finn, #1 New York Times bestselling author of THE WOMAN IN THE WINDOW

By Chris Hammer
LIST PRICE $13.99
PRICE MAY VARY BY RETAILER