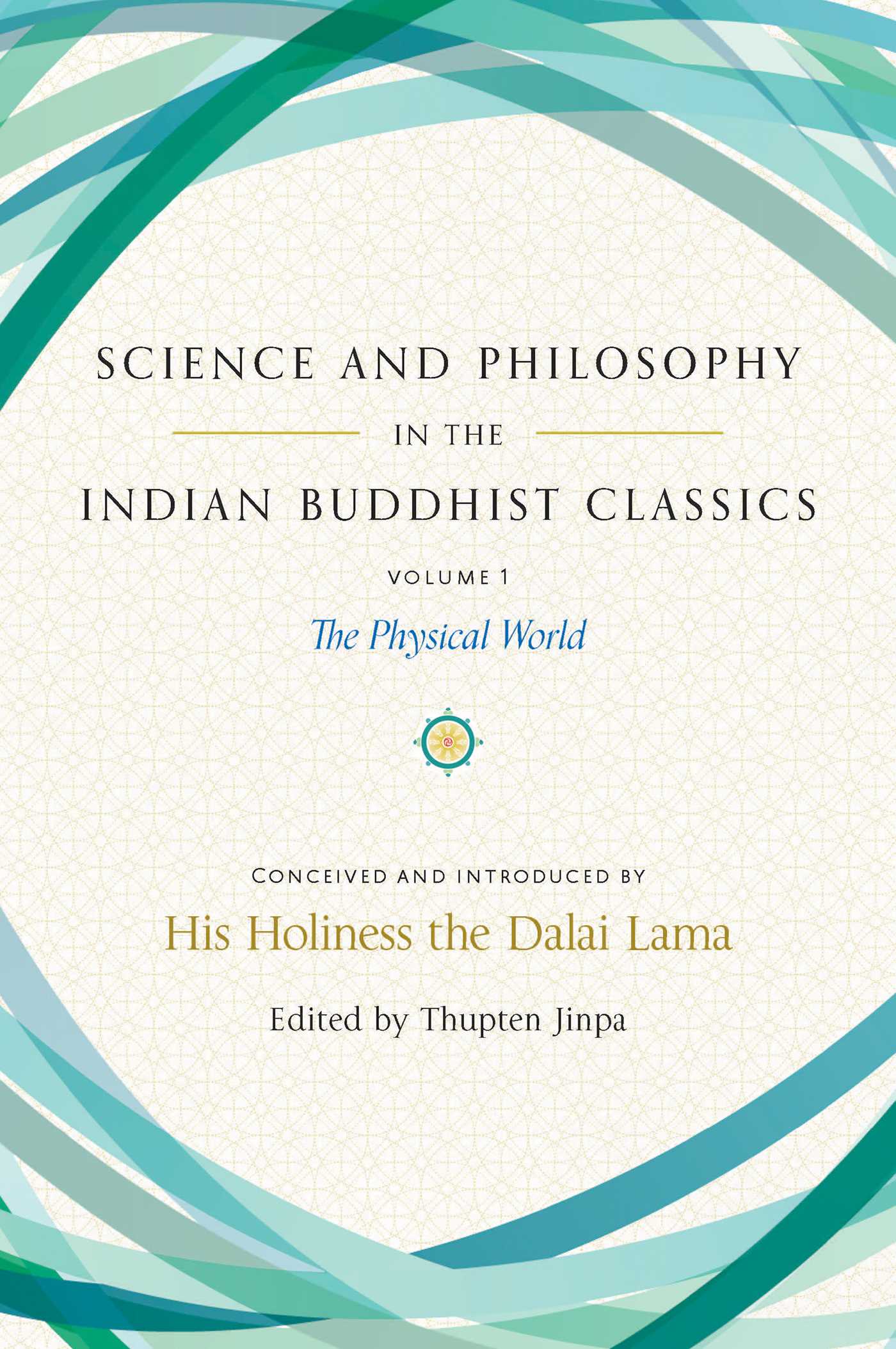 Part of Science and Philosophy in the Indian Bud
Compiled by Dalai Lama / Edited by Thupten Jinpa / Introduction by Dalai Lama / Translated by Ian Coghlan
LIST PRICE $17.99
PRICE MAY VARY BY RETAILER

Explore the nature of our material world in a unique sourcebook, conceived by the Dalai Lama, collecting the scientific observations found in classical Buddhist treatises.

Under the visionary supervision of His Holiness the Dalai Lama, Science and Philosophy in the Indian Buddhist Classics brings together classical Buddhist explorations of the nature of our material world and the human mind and puts them into context for the modern reader. It is the Dalai Lama’s view that the explorations by the great masters of northern India in the first millennium CE still have much that is of interest today, whether we are Buddhist or not.

Volume 1, The Physical World, explores the nature of our material world—from the macroscopic to the microscopic. It begins with an overview of the many frameworks, such as the so-called five aggregates, that Buddhist thinkers have used to examine the nature and scope of reality. Topics include sources of knowledge, the scope of reason, the nature and constituents of the material world, theories of the atom, the nature of time, the formation of the universe, and the evolution of life, including a detailed explanation of the early Buddhist theories on fetal development. The volume even contains a brief presentation on early theories about the structure and function of the brain and the role of microorganisms inside the human body. The book weaves together passages from the works of great Buddhist thinkers such as Asanga, Vasubandhu, Nagarjuna, Dignaga, and Dharmakirti. Each of the major topics is introduced by Thupten Jinpa, the Dalai Lama’s principal English-language translator and founder of the Institute of Tibetan Classics.

“Science and Philosophy in the Indian Buddhist Classics offers a rare gift of wisdom from the ancient world to the modern reader. The editors have curated a rich treasure of the philosophy and maps of the mind that have their origins in the early centuries of Indian thought, were preserved in translation for centuries in Tibet, and now are brought to all of us in this translation.”

“This remarkable set of volumes will be of great interest to any student, scholar, or scientist who wishes to better understand the depth and complexity of the Indian Buddhist tradition. Surprising in their detailed consideration of the senses, particles, time, cosmology, fetal development, and the brain, these volumes are destined to become the resource for cross-disciplinary dialogue between Buddhism and science for many years to come.”

“Science and Philosophy in the Indian Buddhist Classics will quickly become an invaluable resource for all those interested in a cross-cultural understanding of science and the history of ideas. Volume 1 offers a comprehensive treatment of the physical world drawn from the writings of India’s greatest Buddhist philosophers, with an introduction by the Dalai Lama and contextual essays by the eminent scholar Thupten Jinpa. As we seek a multicultural and global perspective on the nature of reality, this volume and those to follow will certainly make a crucial contribution.”

“The genesis of science that took place in South Asia was just as demanding in terms of empirical accuracy, explanatory standards, and theoretical ingenuity as science in the West. Unlike modern science, however, it included the experience of meditation among its basic sources of knowledge. This broadening of the empirical horizon promises to trigger a new Renaissance. We are fortunate that the editors here have offered us such a clear presentation of this exceptional resource.”

“Situated in their rich contexts by a superb set of introductory essays, these classic texts reveal a breadth of original thought and observation that presents the modern reader with challenging concepts but rewards them with novel insights.”

Part of Science and Philosophy in the Indian Bud
Compiled by Dalai Lama / Edited by Thupten Jinpa / Introduction by Dalai Lama / Translated by Ian Coghlan
LIST PRICE $17.99
PRICE MAY VARY BY RETAILER

More books in this series: Science and Philosophy in the Indian Bud