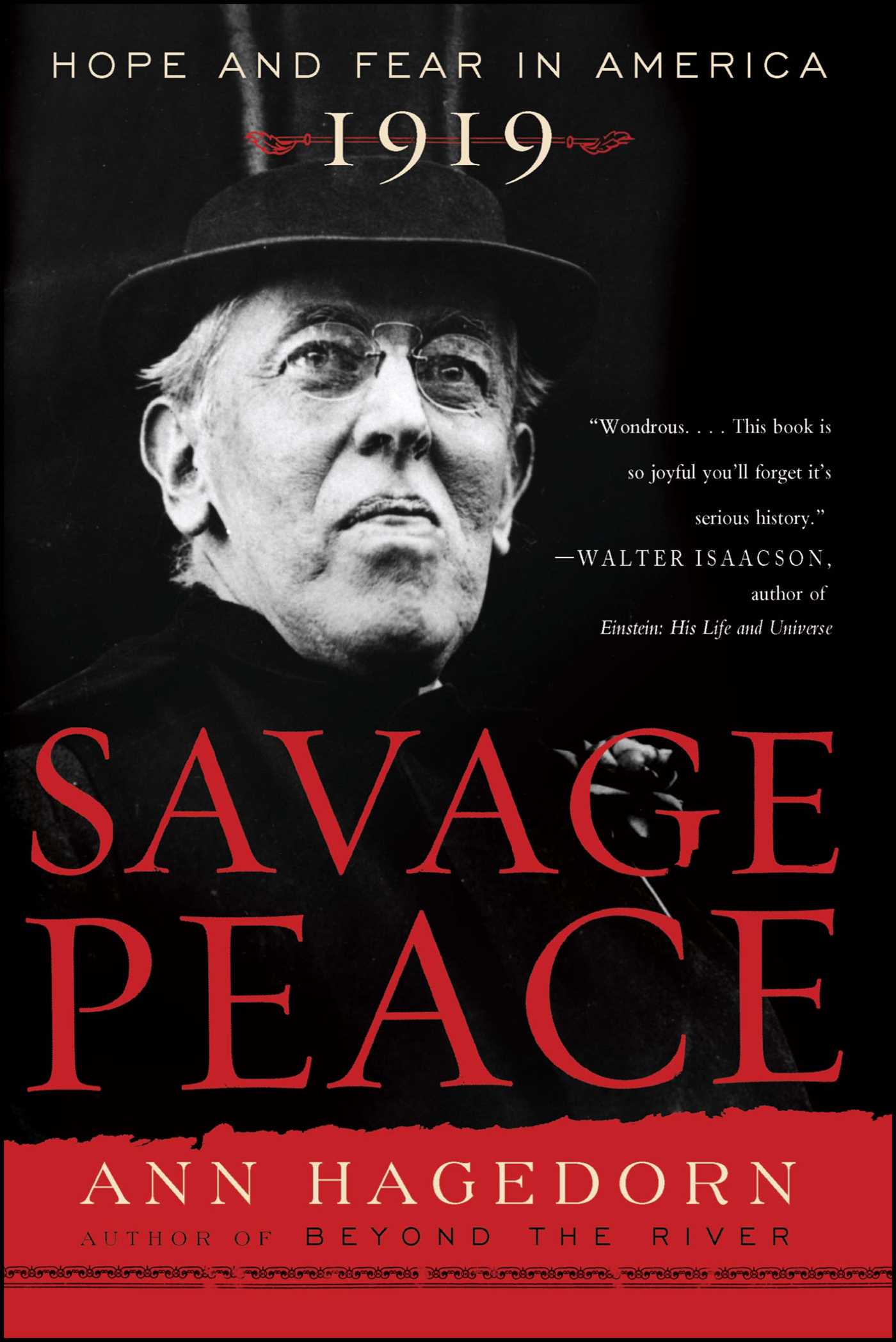 By Ann Hagedorn
LIST PRICE $15.99
PRICE MAY VARY BY RETAILER

Written with the sweep of an epic novel and grounded in extensive research into contemporary documents, Savage Peace is a striking portrait of American democracy under stress. It is the surprising story of America in the year 1919.

In the aftermath of an unprecedented worldwide war and a flu pandemic, Americans began the year full of hope, expecting to reap the benefits of peace. But instead, the fear of terrorism filled their days. Bolshevism was the new menace, and the federal government, utilizing a vast network of domestic spies, began to watch anyone deemed suspicious. A young lawyer named J. Edgar Hoover headed a brand-new intelligence division of the Bureau of Investigation (later to become the FBI). Bombs exploded on the doorstep of the attorney general's home in Washington, D.C., and thirty-six parcels containing bombs were discovered at post offices across the country. Poet and journalist Carl Sandburg, recently returned from abroad with a trunk full of Bolshevik literature, was detained in New York, his trunk seized. A twenty-one-year-old Russian girl living in New York was sentenced to fifteen years in prison for protesting U.S. intervention in Arctic Russia, where thousands of American soldiers remained after the Armistice, ostensibly to guard supplies but in reality to join a British force meant to be a warning to the new Bolshevik government.

In 1919, wartime legislation intended to curb criticism of the government was extended and even strengthened. Labor strife was a daily occurrence. And decorated African-American soldiers, returning home to claim the democracy for which they had risked their lives, were badly disappointed. Lynchings continued, race riots would erupt in twenty-six cities before the year ended, and secret agents from the government's "Negro Subversion" unit routinely shadowed outspoken African-Americans.

Adding a vivid human drama to the greater historical narrative, Savage Peace brings 1919 alive through the people who played a major role in making the year so remarkable. Among them are William Monroe Trotter, who tried to put democracy for African-Americans on the agenda at the Paris peace talks; Supreme Court associate justice Oliver Wendell Holmes Jr., who struggled to find a balance between free speech and legitimate government restrictions for reasons of national security, producing a memorable decision for the future of free speech in America; and journalist Ray Stannard Baker, confidant of President Woodrow Wilson, who watched carefully as Wilson's idealism crumbled and wrote the best accounts we have of the president's frustration and disappointment.

Weaving together the stories of a panoramic cast of characters, from Albert Einstein to Helen Keller, Ann Hagedorn brilliantly illuminates America at a pivotal moment. 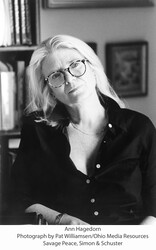 "Savage Peace reads like a wondrous and sprawling novel, except that it is all true. Thoroughly researched and insightful, it spins together the fascinating threads of 1919. And what a wonderful cast of characters! From Eddington to Einstein to Du Bois and Wilson, they all come alive. This book is so joyful you'll forget that it's serious history."

-- Walter Isaacson, author of Benjamin Franklin: An American Life and Einstein: His Life and Universe

"Ann Hagedorn gives us a grand reappraisal of the American context for the Savage Peace of 1919. Everyone interested in the path to our present struggles and future alternatives will want to read this splendid and important book."

"Savage Peace is Ann Hagedorn's brilliantly conceived, meticulously researched, and beautifully written biography of the year 1919. Now we have a historian who is up to the challenge of vividly demonstrating not only 1919's historical significance, but also its political and cultural relevance to us in the era of 9/11 and the Patriot Act." -- William M. Tuttle Jr., author of "Daddy's Gone to War": The Second World War in the Lives of America's Children and Race Riot: Chicago in the Red Summer of 1919

By Ann Hagedorn
LIST PRICE $15.99
PRICE MAY VARY BY RETAILER