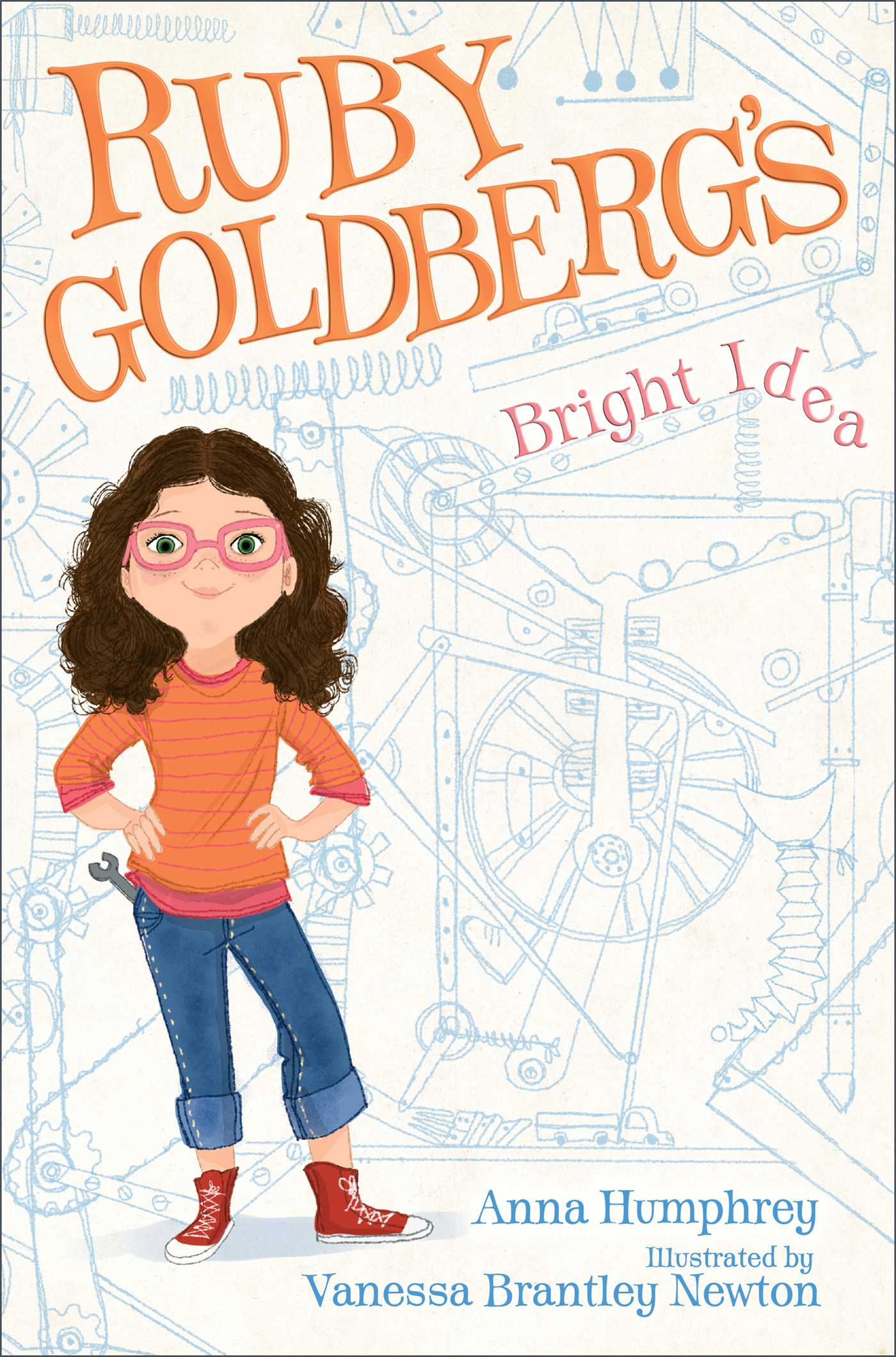 Ruby wants first prize at the fifth grade science fair—and she thinks her quirky, creative, Rube Goldberg–esque invention is just the way to get it!

Ten-year-old Ruby Goldberg is determined to win her school science fair and beat her nemesis Dominic Robinson. She’s snagged second place for the last two years, and she’s set on claiming first prize. The only trouble is that Ruby has no ideas. When her grandfather’s beloved basset hound dies, Ruby thinks of the perfect thing that will cheer him up and win her first place—an innovative, state-of-the-art, not-to-be-duplicated Ruby Goldberg invention!

Before long Ruby is so busy working on her idea that she ignores everything else in her life, including her best friend, Penny. And what started out as simple turns into something much more complicated! Can Ruby get her priorities—and the mechanisms of her project—in order before it’s too late?

Chapter 1
Some people don’t know how to mind their own business. Dominic Robinson is definitely one of them.

It started on Friday afternoon at shared reading time. Every kid in Ms. Slate’s fifth-grade class was supposed to be taking turns reading from Sadako and the Thousand Paper Cranes while everyone else was supposed to be listening and following along with their finger.

And listening was exactly what I was doing—minus the finger part. Because my fingers were busy building something, which is a far better use of fingers, if you ask me.

“Why do you think the author included the spider in chapter one?” Ms. Slate asked the class. “Any ideas?”

“Or maybe because it might rain?” Eleni suggested. “My yaya says it rains when you see a spider.”

I knew a lot about spiders from the Amazing Arachnids exhibit at the Museum of Science in Boston, where my grandpa takes me every month. I was pretty sure the rain thing was only if you stepped on the spider . . . and even then it was only a superstition—not a scientific fact. Normally I would have set the record straight, but I was a little preoccupied. In a minute we’d be turning the page to chapter two, and my invention wasn’t ready yet.

My best friend, Penny, waved from across the room to get my attention. What are you doing? she signed. Penny isn’t deaf, but her cousin is, so she goes to sign language class on Tuesdays after school to learn how to communicate with him. As an added bonus, it comes in handy when your teacher sits you and your best friend on opposite ends of the room so you’ll stop talking.

Making, I signed back, since I didn’t know the American Sign Language sign for “inventing.” I tilted my book up to show her the clothespin on a string I’d attached to it, then held up my mini battery-powered pocket fan.

C-A-R-E-F-U-L, she finger-spelled back. Then she started twirling a strand of her shiny black hair around one finger, which is always what she does when she’s worried. I nodded. Penny was right. Caution was a must. The day before, during silent reading, I’d shared a really cool fact with the class. It was about the Hangzhou Bay Bridge in China, which is twenty-two miles long and crosses an entire ocean! You’d think everyone would have thanked me for the interesting and educational information, right?

Ms. Slate didn’t . . . and because it wasn’t the first (or second or third) time I’d shared a fact when we were supposed to be reading silently, and because then everyone got distracted from their books and started talking, she kept the whole class in for part of recess.

Plus there was the time the week before when I’d accidentally broken the candy jar on her desk because I’d wanted to be first in line for the Friday treat, and then nobody got to have a Hershey’s Kiss.

“You know, Ruby . . . not everything has to be a contest of who’s first,” Ally had said, sighing as she’d packed away her notebooks that day. “Now you ruined the greatest part of the week for everyone.”

“Yeah . . . ,” Colin had agreed. “Just like you ruined the honey field trip last year because you were showing off.”

Okay—that hadn’t been exactly my fault. When we’d visited a real working beehive last fall, the bee tender had gone on and on about how bees pollinate flowers (which everyone already knew). She hadn’t even mentioned the really interesting part—how bees communicate by dancing. So I’d helped her out with a short demonstration. Not that anyone had appreciated it.

“You owe us honey and chocolate now,” Colin had added. Then he’d stormed off behind Ally.

I didn’t mean to ruin things, of course. But didn’t everyone want to be first in line? And didn’t people want to know interesting things? I knew I definitely did!

All the same, Penny was right to warn me about my invention. I couldn’t afford to get in trouble again, or even she might get mad at me—not that she did that very often. As best friends went, Penny was amazingly patient, which was a good thing, because sometimes dealing with me took a lot of patience.

“Colin, would you start us off on chapter two?” Ms. Slate asked. The rustling of paper filled the air as everyone turned the page and Colin began. This was it. Ready or not, it was time to test the Ruby Goldberg Page-o-Matic (patent pending).

I could picture the infomercial already: Why strain yourself turning hundreds of pages? Get the Page-o-Matic today! With one easy motion you can pull the string attached to the clothespin, which opens to release the page and tilts the ruler, which hits the button that turns on the fan that blows the page over for you!

Or at least in theory it did—unless the clothespin wasn’t attached quite right. In which case it might come sproinging off the book and hit someone in the head.

“Ouch!” Brianne glared at me from across the aisle and rubbed her ear. “Ruby!” she said under her breath.

“Sorry,” I whispered. Luckily, Colin was having trouble pronouncing a Japanese word from the book, and Ms. Slate was so busy helping him that she hadn’t noticed the attack of the flying clothespin. 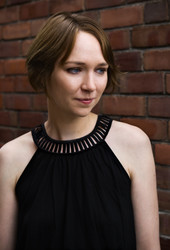 Anna Humphrey is the author of Rhymes with Stupid and Mission (un)Popular, both novels for teens. Ruby Goldberg’s Bright Idea is her first novel for middle graders. She lives with her husband and kids in Toronto, Ontario.

Vanessa Brantley-Newton is a self-taught artist and has attended both FIT and SVA of New York, where she studied fashion and children’s illustration. Vanessa is the illustrator of A Night Out with Mama by Quvenzhané Wallis, The Youngest Marcher by Cynthia Levinson, Presenting…Tallulah by Tori Spelling, and Early Sunday Morning by Denene Millner, among others. She hopes that when people look at her work, it will make them feel happy in some way, or even reclaim a bit of their childhood.