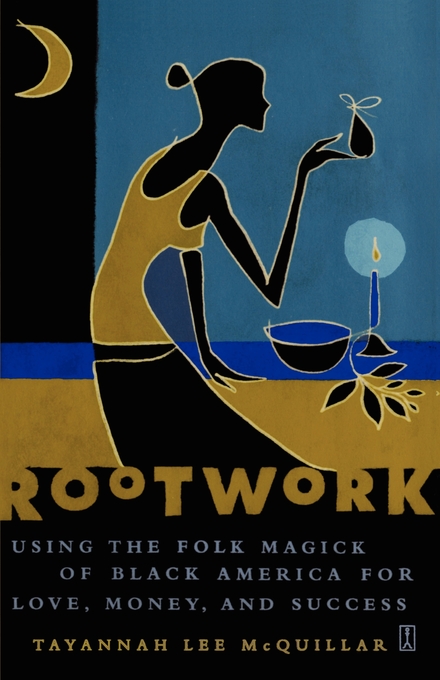 In this groundbreaking book that places Rootwork in its rightful spot among other magickal traditions, Tayannah Lee McQuillar offers a fun and practical guide to improving your life with the help of African American folk magick. Rootwork begins with the basics, from explanations about the magickal powers of the four elements (air, earth, fire, and water) to instructions on creating talismans, charms, and mojo bags. Also included are spells to help you:

Accessible and easy to use, Rootwork offers the insights of a time-honored tradition as a means of self-empowerment and spiritual growth.

Chapter 1: What Is Rootwork?

Rootwork is a form of folk magick that uses the elements of nature to create change in ourselves, others, or our environment. It is an African-American form of shamanism that makes use of herbs, stones, rocks, and other organic material to heal the body or the mind, or to solve a problem. Like all other forms of shamanism, Rootworkers believe that we can use the unseen forces of nature to manipulate the tangible world.

Rootwork is also known as "Hoodoo" in the southern part of the United States. The word Hoodoo is probably derived from the word juju, an African word meaning "magic," or from Voodoo, a corrupted version of the Fon word Vodun, meaning "spirit" or "god." But unlike Vodun, Lukumi, Candomble, Shango, Batque, etc., Rootwork is not a religion. It has no pantheon or priesthood. It refers only to a set of healing and spell practices, and the practitioner can be whatever religion they wish. The theology behind the spells has been lost, thus there are no formal initiations to become a Rootworker. However, a good practitioner is traditionally referred to as Doctor, Mother, Uncle, or Aunt out of respect for their vast problem-solving knowledge.

Prior to the great migration of blacks to urban cities, these shamans were equally feared and respected, and usually lived away from the "regular folks" and made a profitable business off people who would sneak to see them under the cloak of darkness for help in resolving their issues. Most people lived by the saying "You want salvation, go to church. You want something done, go to the Rootworker."

Rootwork also served a practical purpose in the black community. Many Africans had experience working with herbs in their homeland and transmitted their botanical knowledge to their children. This information was passed on orally and was used to cure the sick and ailing. The most common afflictions Rootworkers treated were smallpox and digestive disorders, by boiling down the roots of certain herbs like the spikenard (hyptis suaveolens) or the sensitive plant (mimosa pudica) and making a tonic for their clients to drink.

All blacks in the South had to know basic healing techniques because traditional health care was too expensive for slaves to afford. In fact, many whites couldn't afford a traditional doctor either, and would often turn to their slaves' botanical knowledge for cures.

African slaves would often seek refuge among Native Americans because they had a similar worldview and they were willing to teach them how to survive in the New World. Although Africans were knowledgeable about African plants and their uses, they had no idea what to do with the herbs found in this strange land. Native Americans taught them the properties of local herbs and roots. The depiction of Native American chiefs and warriors on the packages of many "luck drawing" floor washes are testimony to the impact Native Americans had on rootwork.

These floor washes are simply a combination of water mixed with different perfumes and contain no herbs or roots at all. Most people don't read the ingredients in these products but just assume their effectiveness because of the clever packaging. Certainly if there is an image of a Native American on it, the product must be "magical," right? When, in fact, it's about as magical as Mop-n-Glow.

When African Americans migrated north, many left Rootwork behind. They were seeking better opportunities and a more sophisticated way of living, and Rootwork was considered "backward" or "country" and was frowned upon. This theme was dealt with in Julie Dash's cinematic masterpiece, Daughters of the Dust.

As standard medical care became more available, fewer people had need for the Rootworkers. But many still consulted them to perform divination or spell work.

Today, because of miseducation and the media's negative portrayal of any spiritual system based in Africa, most people avoid Rootwork. Everything that is African is feared, ignored, and rejected because of a deep and painful history of erasure of Africa as a major contributor to world culture. Even with the vast knowledge accumulated in the last century, when most people think of African spirituality and its practices in the New World, the mind usually conjures up images of spooky witchdoctors, bloody cannibalistic rituals, and evil curses. The media still transmits this propaganda through cartoons and movies, especially in the horror genre such as The Serpent and the Rainbow, Child's Play, Voodoo Dawn, and Tales from the Crypt to name a few.
A case in point is Webster's dictionary definition of Hoodoo:

Inaccuracies such as this pervade our culture, resulting not only in a negative psychological effect on African Americans and others in the Diaspora, but also in preventing others from understanding the true nature of these practices. This book is an attempt to correct these inaccuracies by placing Rootwork in its proper historical, cultural, and spiritual context. 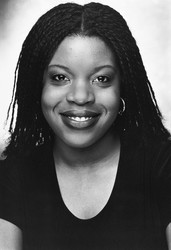 Tayannah Lee McQuillar studied anthropology at the City University of New York and has studied the magio-religious practices of Black America. She lives in New York City.

Sallie Ann Glassman Mambo, author of Vodou Visions, owner of The Island of Salvation Botanica in New Orleans, Louisiana. A respectful, clear, and much-needed book that honors the creativity and resilience of African American traditions. McQuillar's discussions of the meaning of practices and ingredients underline the symbols, legacies, and worldviews encoded within the spells, and help people to empower themselves with understanding.

Ray T. Malbrough author of Charms, Spells & Formulas and The Magical Power of the Saints This book will quickly become a guide and reference source for all people who wish to learn this system of folk magick. Highly recommended and a must-read.